Sometimes animals know what humans need better than we do – and in the case of one man recovering from surgery, that was some cuddles. Andrew Falloon, Member of Parliament for Rangitata in New Zealand, tweeted out an adorable photo of his dad, who had recently come home from the hospital, snuggled up with a cat – only Mr. Falloon Sr. doesn’t own a cat.

That’s right when the man awoke from a nap he was met with a mystery feline cuddler cozied up by his neck. It seems the pawed stranger had wandered in through the door and decided the recovering patient could use some extra love. 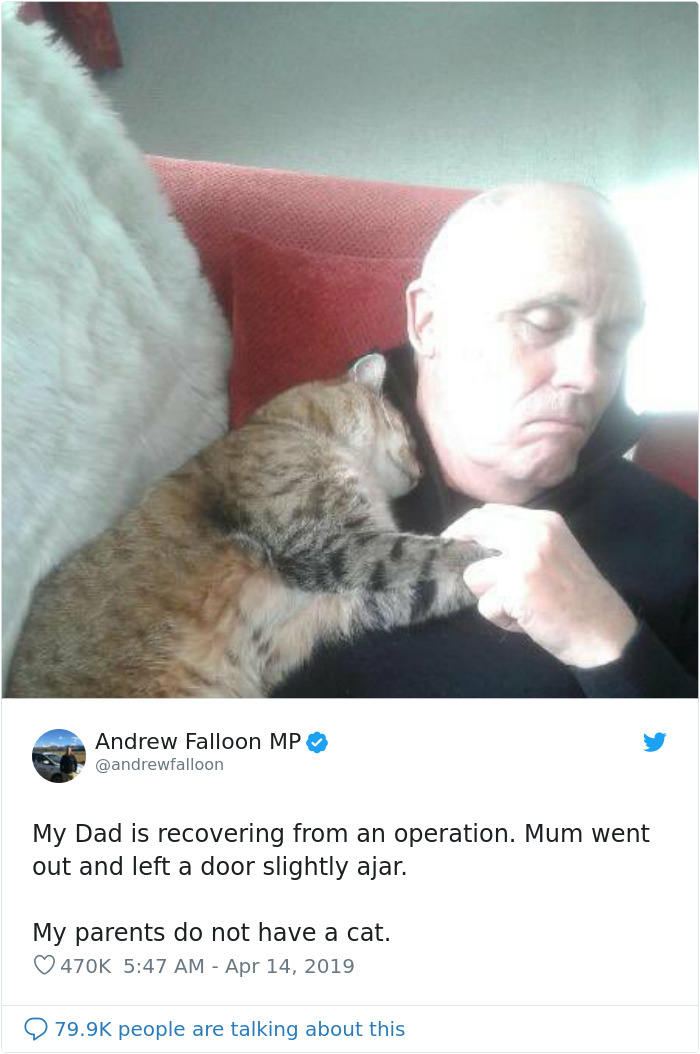 According to the younger Mr. Falloon’s tweet, his mother had left the door open and the cat saw his chance to creep into the home. “Mum arrived home and found them cuddled up together on the couch,” He told Bored Panda, “She snapped the photo before waking Dad up. He was pretty surprised to find the cat curled up!” Later when he visited his mother showed him the photo, which he graciously shared with the internet.

People on Twitter couldn’t stop tweeting about the adorable pair 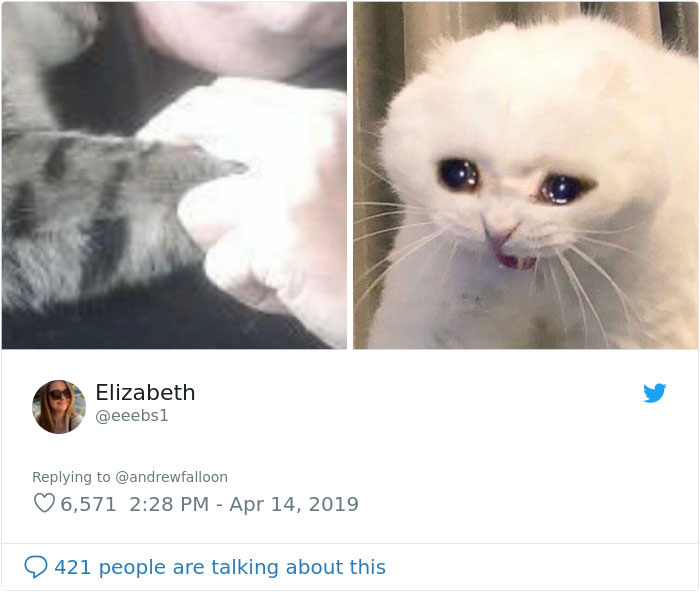 To Falloon’s surprise, the tweet exploded across the internet, which he said was never his intention: “After Mum sent me the photo I popped it up on Twitter, thinking it might make a few people smile, but I never expected it would go so far. When I went to bed on Sunday night (New Zealand time) it had a couple of thousand views, when I woke up it was in the millions. Now it’s in the tens of millions.”

So who is this mystery cat? Falloon wrote, “He’s from somewhere in the neighborhood. It isn’t the first time he’s turned up to their house, but his first time he’s jumped up on Dad. Apparently, his name is Ziggy and it’s quite common for him to go wandering.” After his dad woke up the adventurous cat hung out a bit before wandering back out. 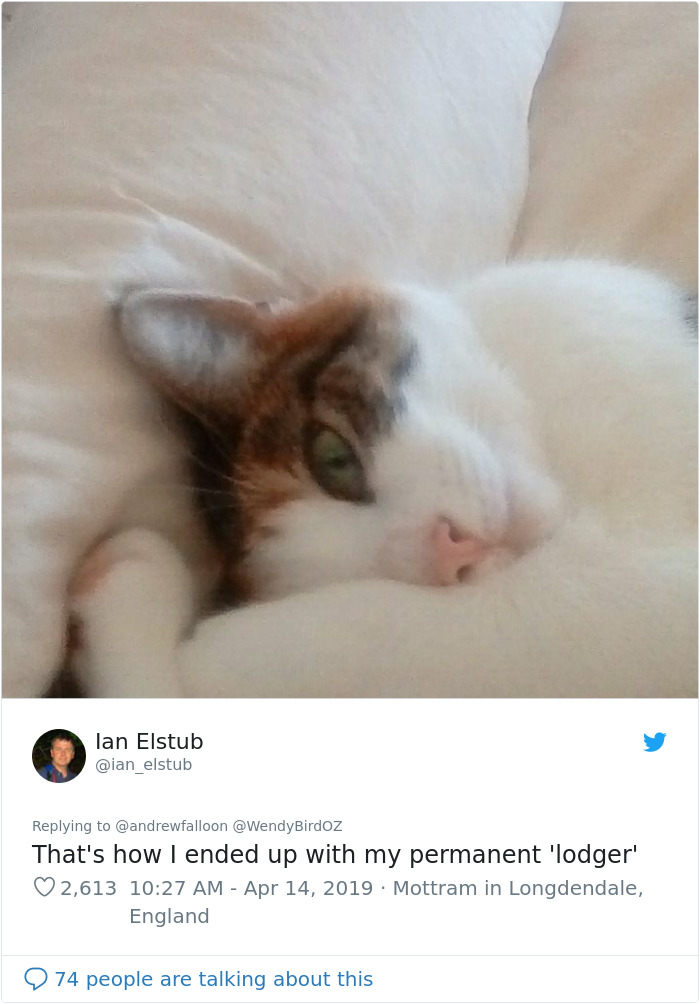