This dog can’t talk — but each day, his wagging tail says thanks. 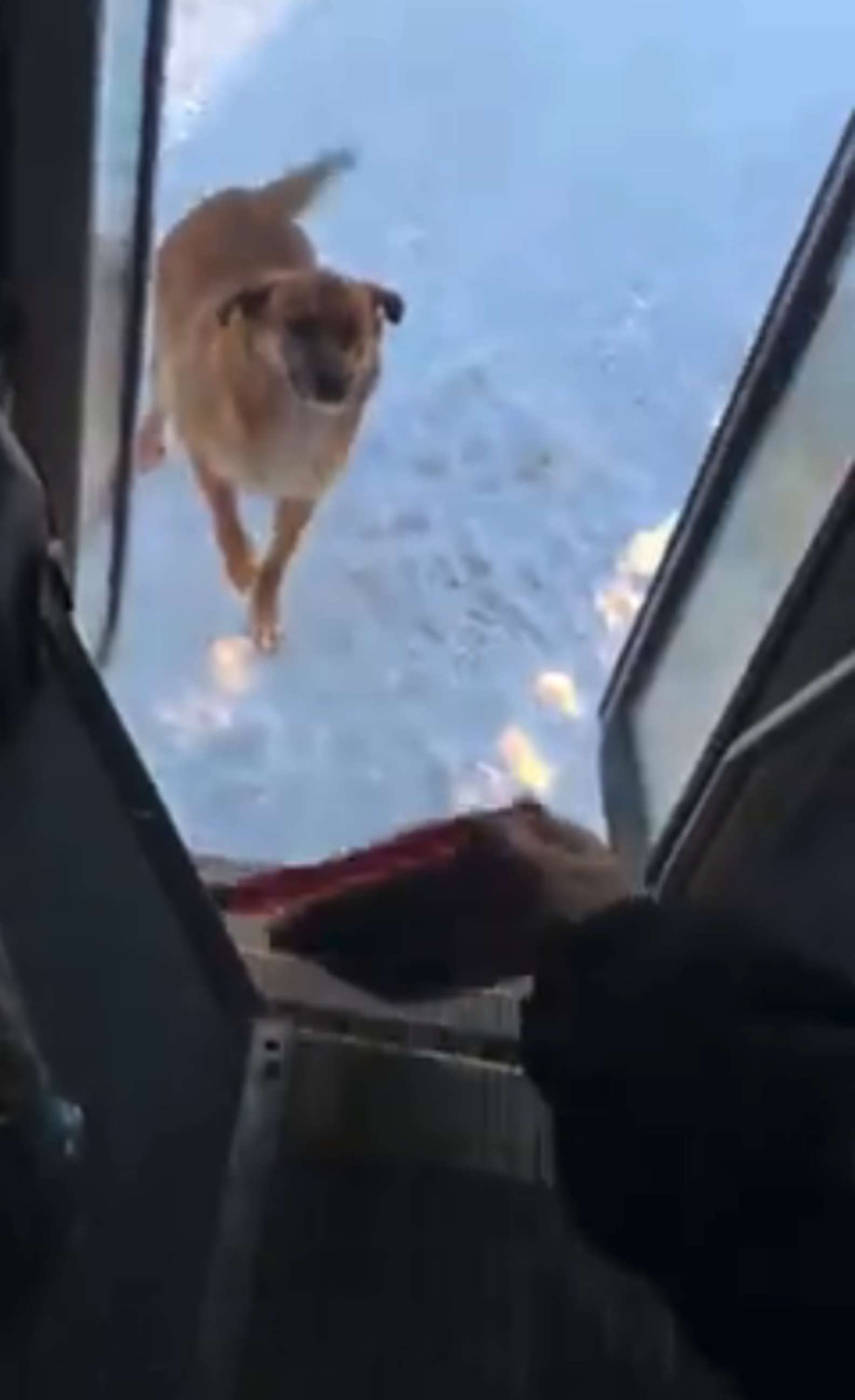 Feed The Furbabies Canada is a group dedicated to providing food and supplies to rescued pets, and to making sure that stray animals in rural communities don’t go hungry.

One of the group’s volunteers is a school bus driver. She asked to remain anonymous because on her route she’s been making an unscheduled stop to help a needy pup.

Two years ago, the driver noticed the dog scavenging through a trash can for something to eat, looking very thin and desperate. Later on, she saw the dog again on the roadside — and this time tossed him a bag full of dog food. Though the animal is skittish, after that one act of kindness a daily tradition began.

“She has continued to feed him every day, Monday to Friday, at the same location,” Kareena Grywinski, founder of Feed The Furbabies Canada, told The Dodo. “He sits and patiently waits every day no matter what the weather is like.”

Here’s a video of that sweet exchange.

The dog still seems reluctant to get too close, but is a far cry from his once-emaciated state. And though his exact circumstances aren’t known, his commitment to these daily handouts suggests they may be the food he’s relying on to get by.

Ideally, of course, all homeless dogs would be rescued and placed with loving families — but given the overpopulation of strays in this area, ensuring that they don’t go hungry still makes an enormous difference.

“This community has over a 100 dogs needing to be rescued; it breaks our hearts that we can’t take them all home,” Grywinski said. “There just aren’t enough foster homes available for these precious pets. We do the best we can by providing them food and dog houses until a space opens up in a rescue for them.”