One needn’t really be a bird expert to tell the difference between male and female cardinals — their distinct physical appearances usually make it pretty clear. Well, as it turns out, the world of cardinals isn’t limited to just these two types. Just ask Shirley Caldwell.

A few weeks back, Caldwell and her husband spotted a new visitor to the backyard of their Pennsylvania home. It was clearly a cardinal, but one who seemed to defy convention — and easy classification.

“There was something abnormal about it,” Caldwell told The Dodo. “We finally got a really good look at it this past Saturday and I was able to obtain photos.” 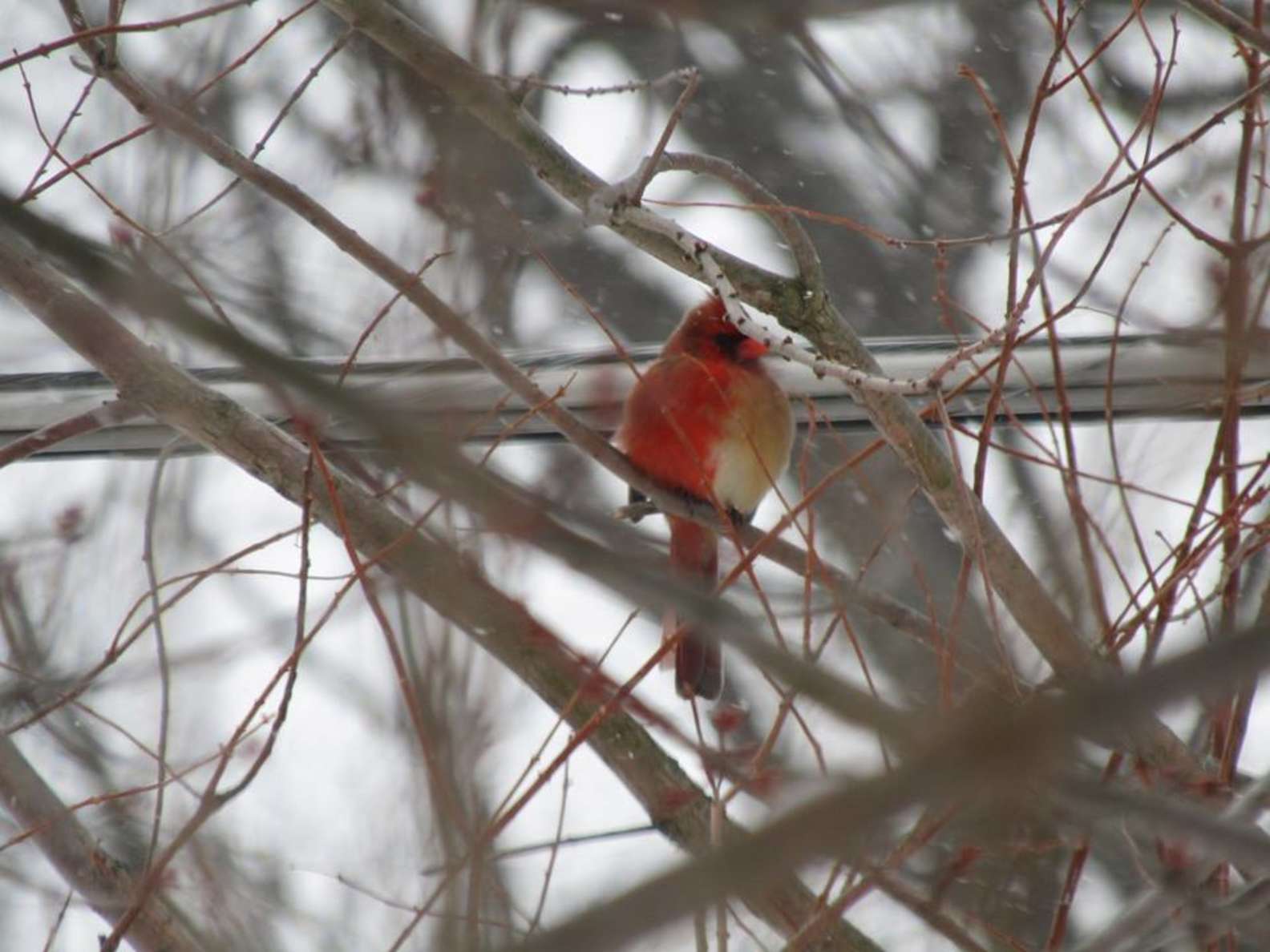 This little cardinal had a split coat.

Half the bird appeared male, and the other half female.

“I saw it and thought to myself, ‘Holy cow!'” Caldwell recalled. Caldwell is a birdwatching enthusiast who has done her homework. Based on her past research, she was able to identify the unusual visitor as a “bilateral gynandromorph” — an organism which has split-sex characteristics, making the cardinal essentially both male and female.

The phenomena can be found in a variety of insects, crustaceans and birds. Here’s a breakdown of how it occurs early in development as a result of an egg containing two nuclei.

After Daniel Hooper, at the Cornell Lab of Ornithology, saw Caldwell’s photos, he confirmed the discovery. 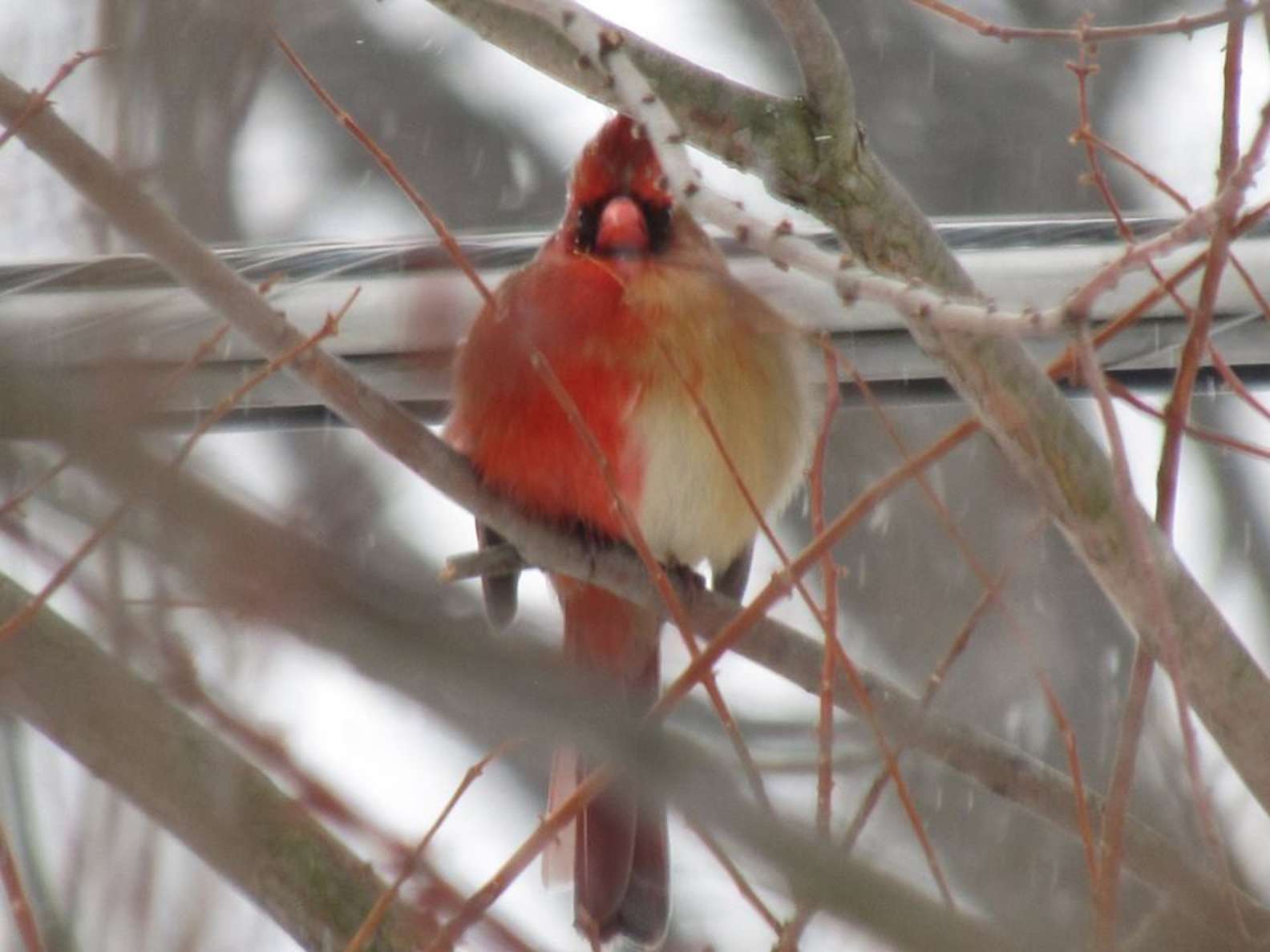 It’s not exactly clear how often this occurs in animals capable of gynandromorphism, as some split-sex bodies are not so easy to notice. Given cardinals’ sexual dimorphism, however, it’s not easy to miss. 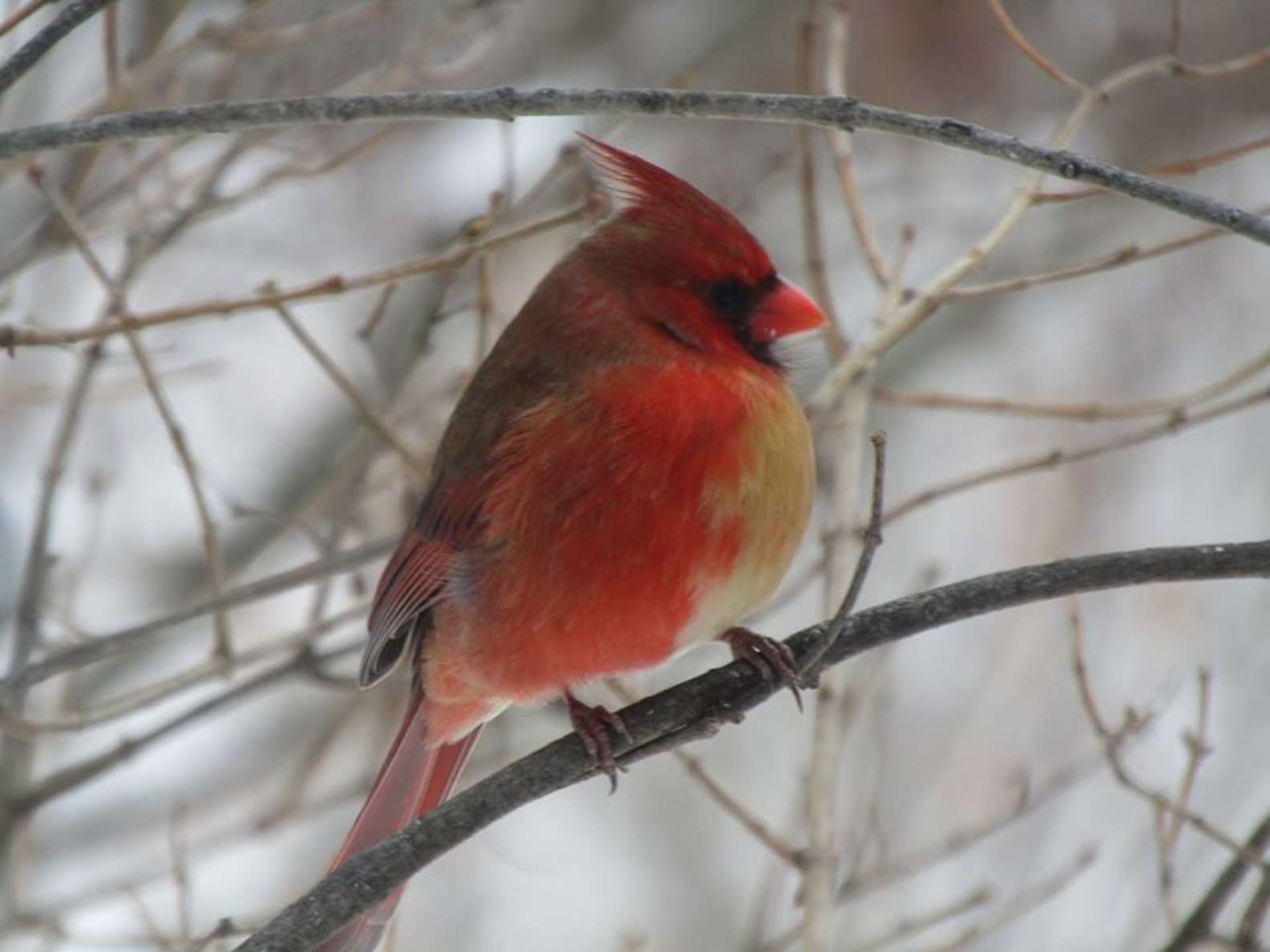 Fortunately, being a little different hasn’t seemed to slow down the bird who’s been visiting Caldwell’s yard.

“It seems to be healthy. It seems to be a good weight, it is eating well,” Caldwell said. “It does have a male companion that it travels with. Whether or not they will be able to reproduce is something only nature will know. I’m hoping they continue to hang around.” 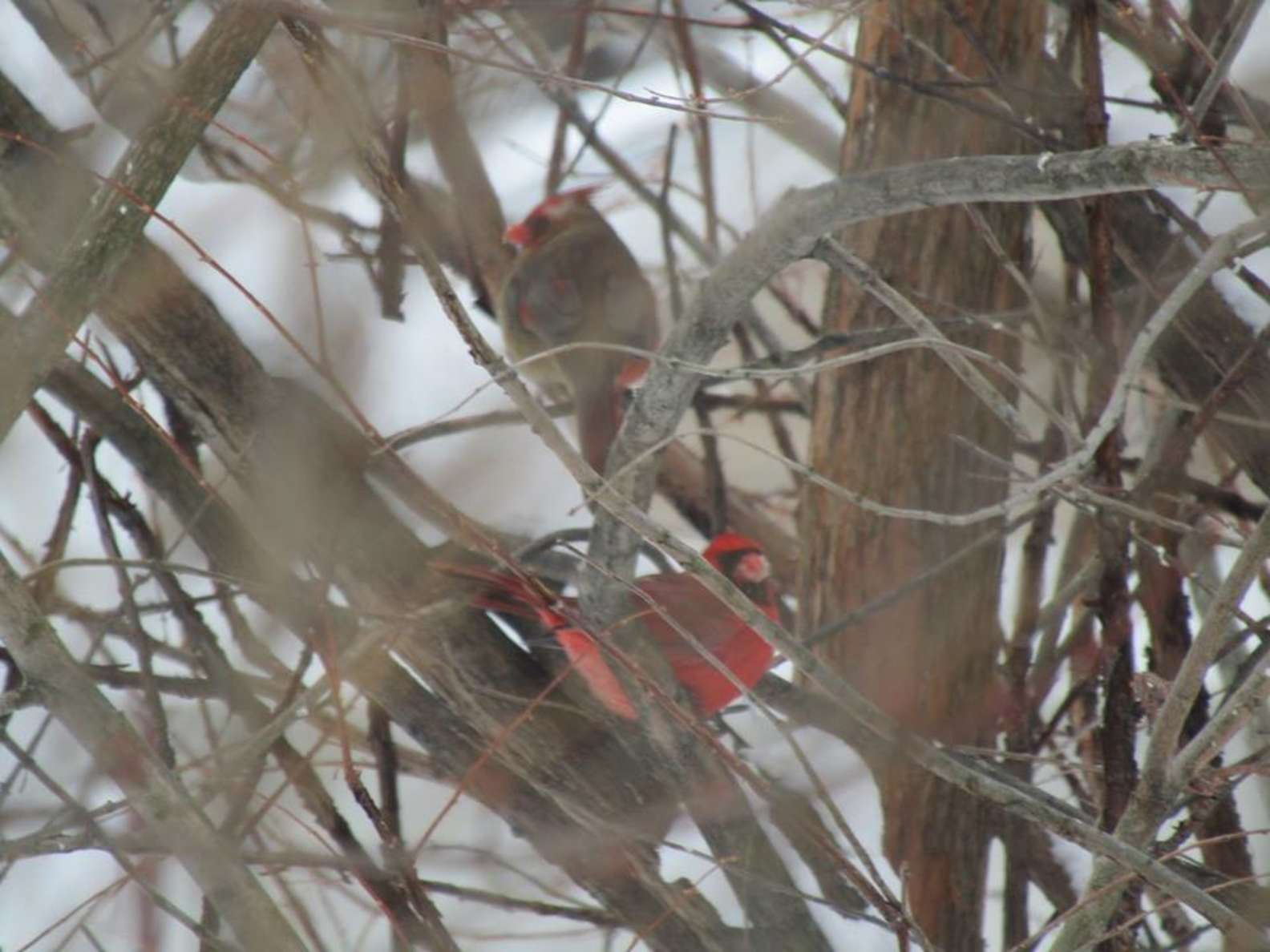 Caldwell said she’s heard some people have been skeptical about her male/female bird sighting, so she has been encouraging folks unfamiliar with gynandromorphism to look into it themselves. After all, she considers herself fortunate to have seen it firsthand.

“I just wanted to share something that was an interest of mine,” Caldwell said. “I certainly got lucky.”