Junior the kitten took one look at Amira the dog and decided Amira should be her mom — and the kitten wasn’t going to take “no” for an answer.

Amira is a street dog who lives close to Il Gattaro d’Aleppo (“The Cat Man of Aleppo”), a famous cat sanctuary in war-torn Syria. The founder of the sanctuary, Mohammad Alaa Jaleel (known as Alaa), has been doing doing his best to care for Amira, although for safety reasons, he can’t allow her to live amongst the 80 cats who call Il Gattaro d’Aleppo home. 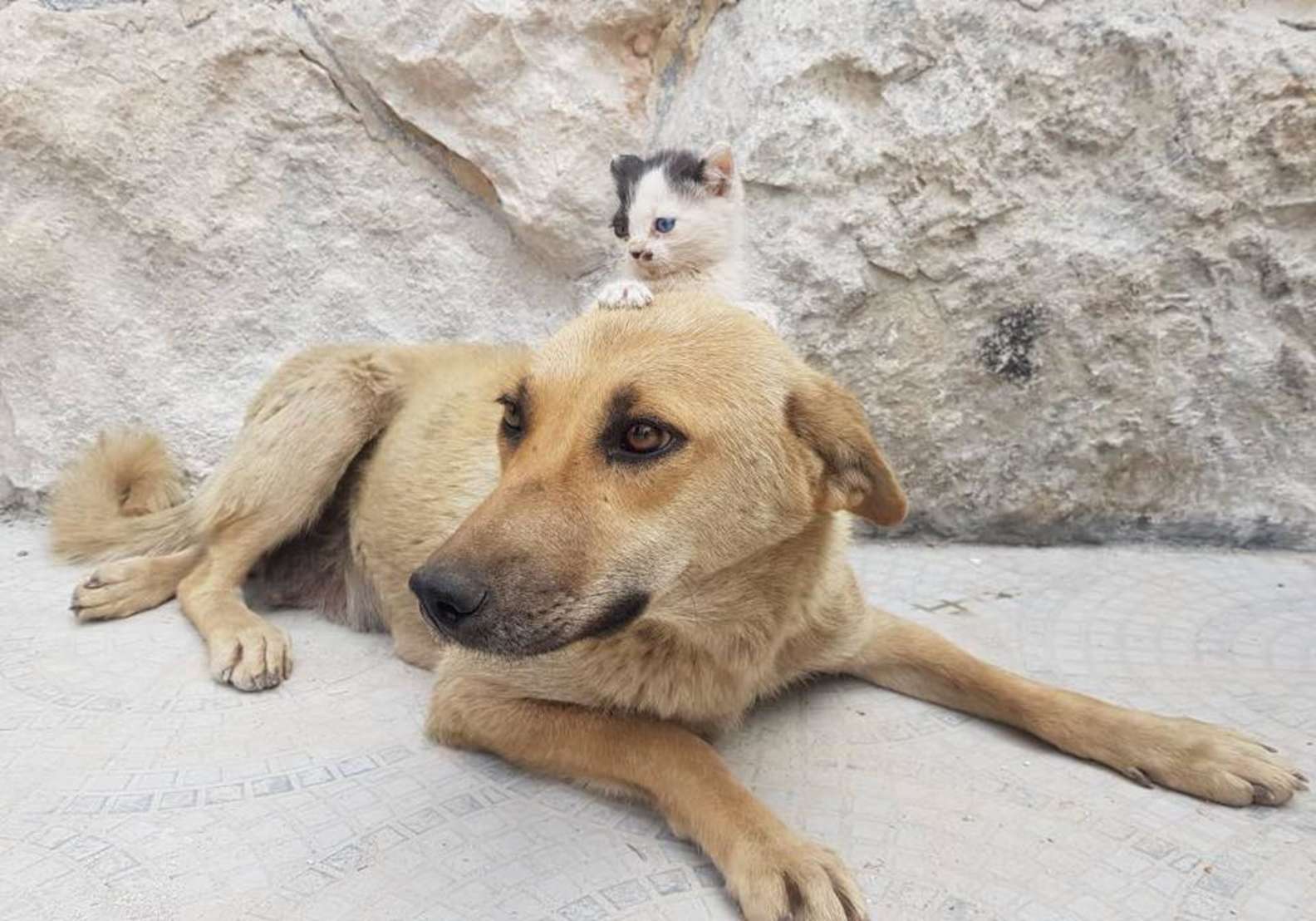 When Alaa discovered Amira was pregnant, he let Amira sleep in his room until it was time for her to give birth, hoping to give her a little comfort.

But when Amira went into labor, tragedy struck — none of the puppies were born alive. 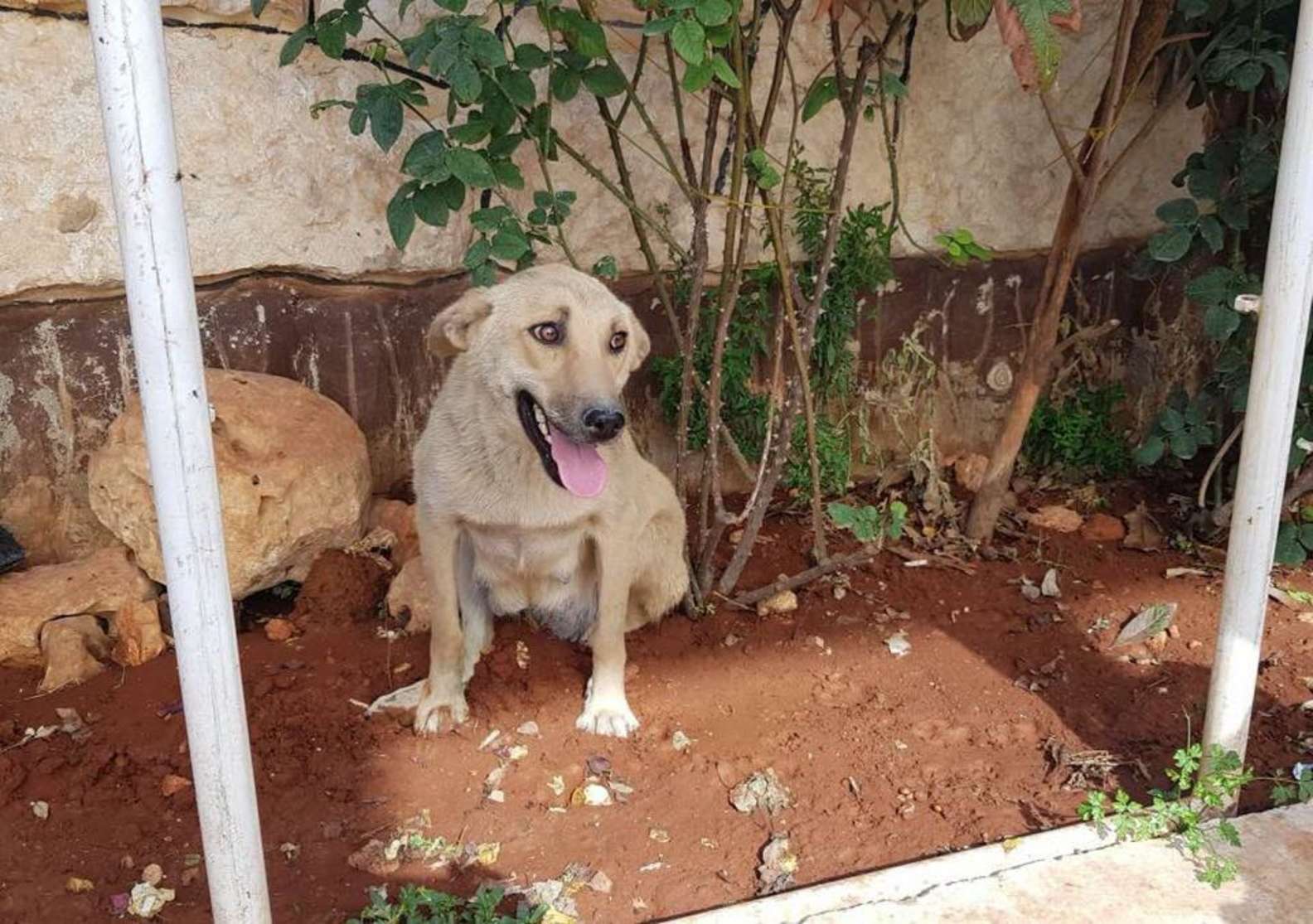 “We were sad and shocked for her, and we gave her a stuffed teddy bear to cuddle because she was very sad,” Alessandra Abidin, Alaa’s friend who runs the Facebook page for Il Gattaro d’Aleppo from her home in Italy, told The Dodo. 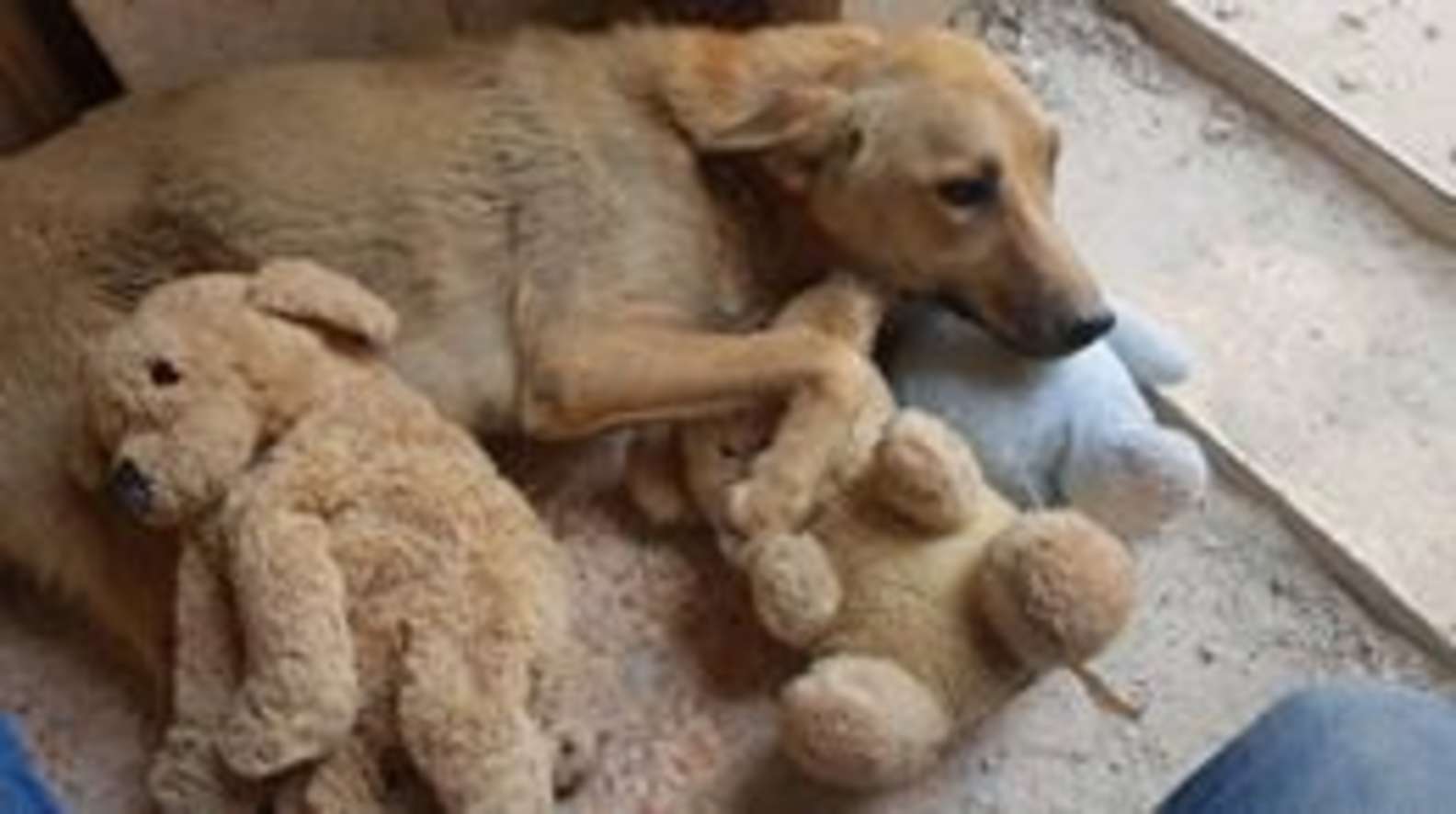 Like Amira, Junior the kitten had lost her family, and she was living on the streets before Alaa found her and brought her to live at Il Gattaro d’Aleppo. 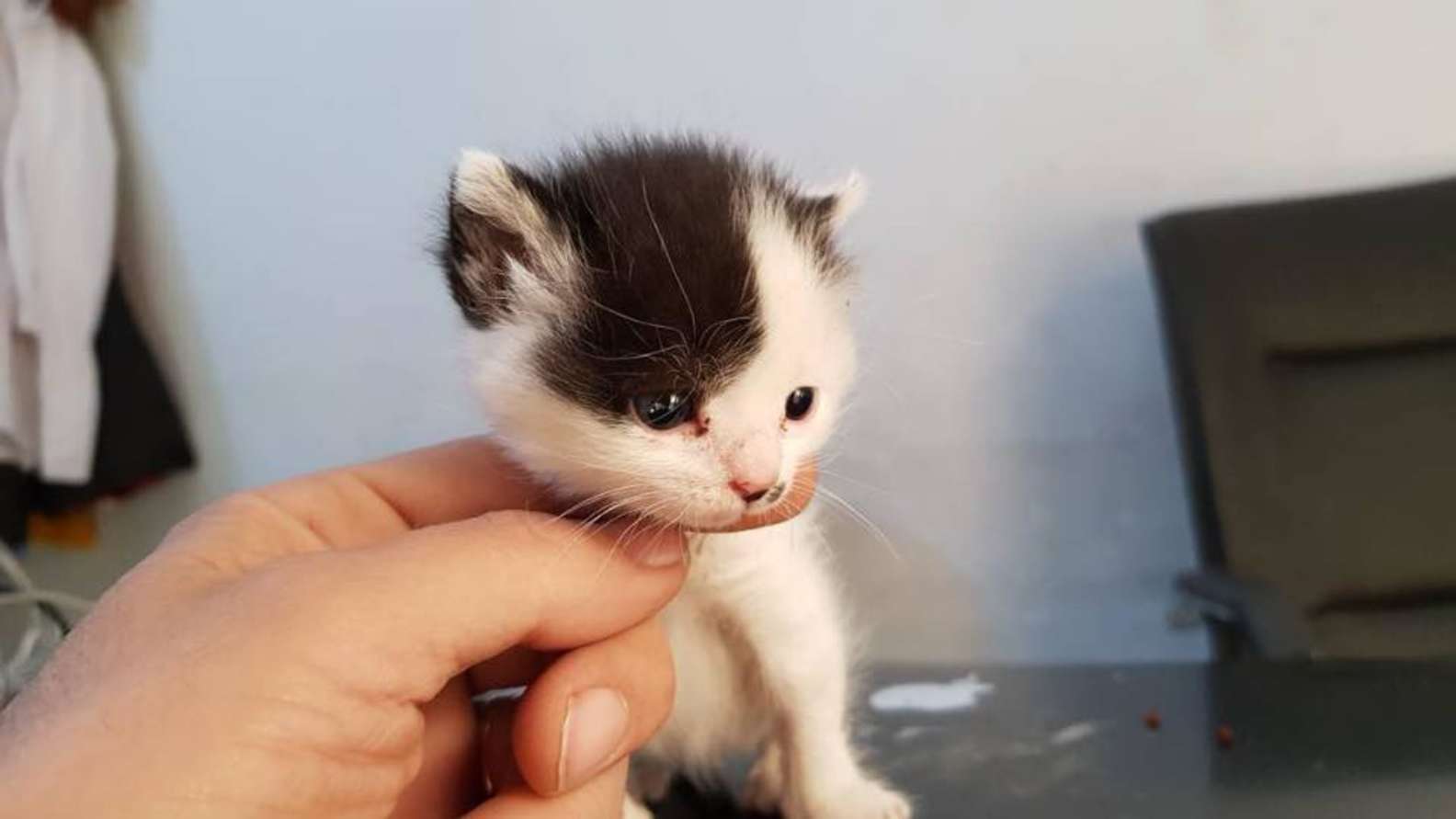 Junior quickly made herself at home at the sanctuary, getting to know its many resident cats. She also caught sight of Amira, who usually lounges around the sanctuary entrance, and one of Amira’s teddy bears. 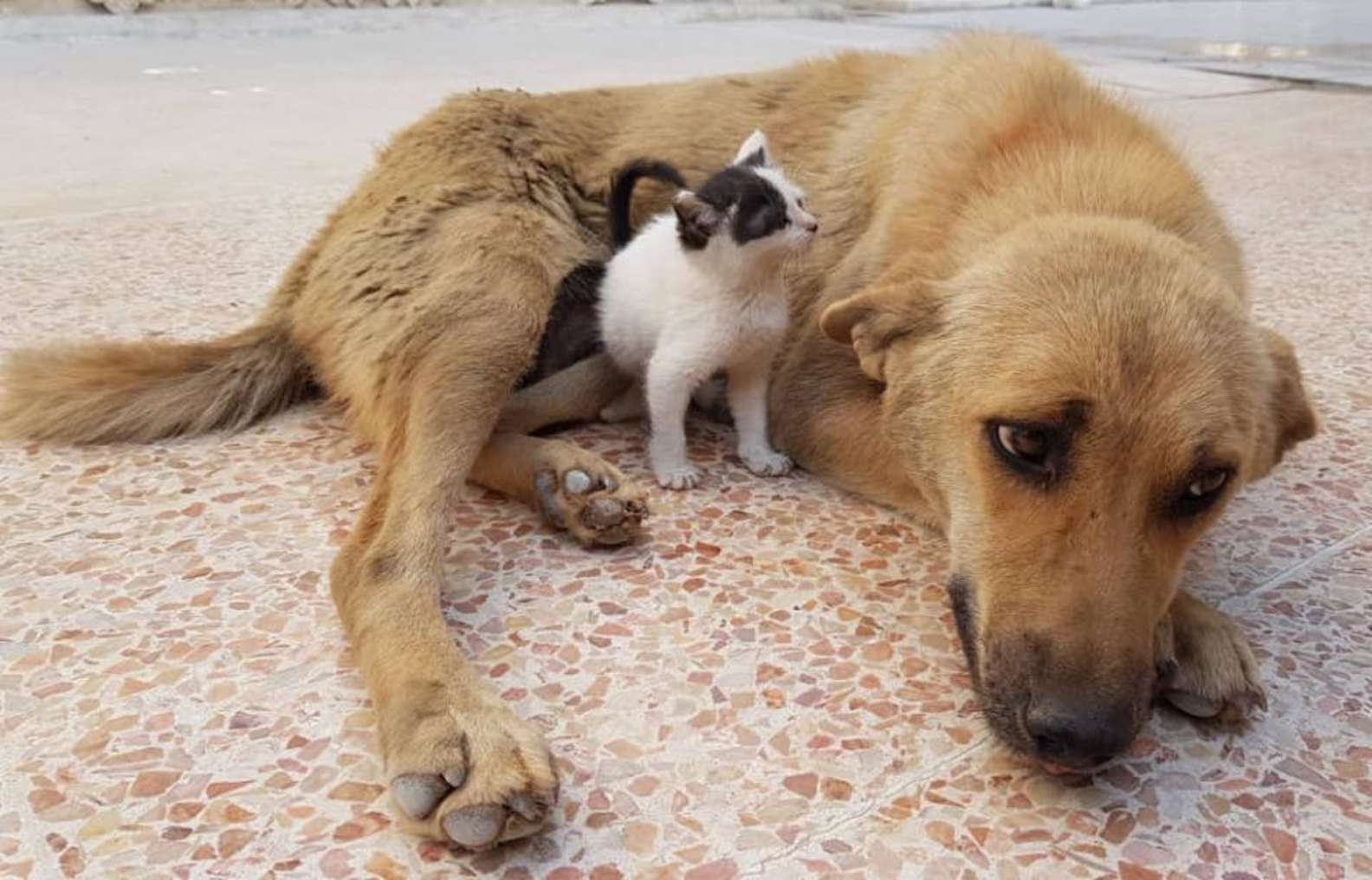 “She noticed the teddy bear [that belonged to] the dog, and slowly she went near her to play,” Abidin said. 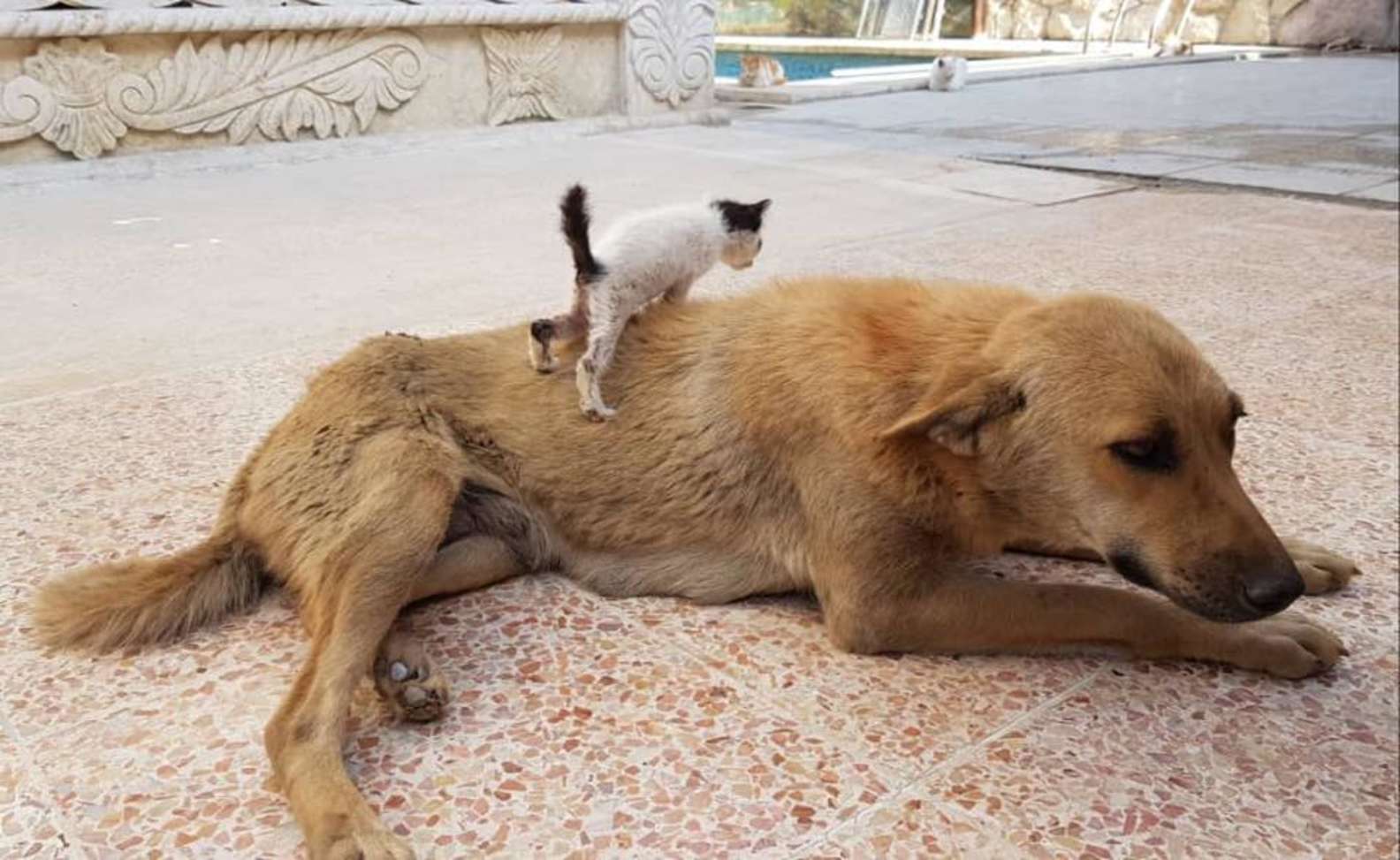 Amira didn’t seem to mind, and she even let Junior crawl on top of her. 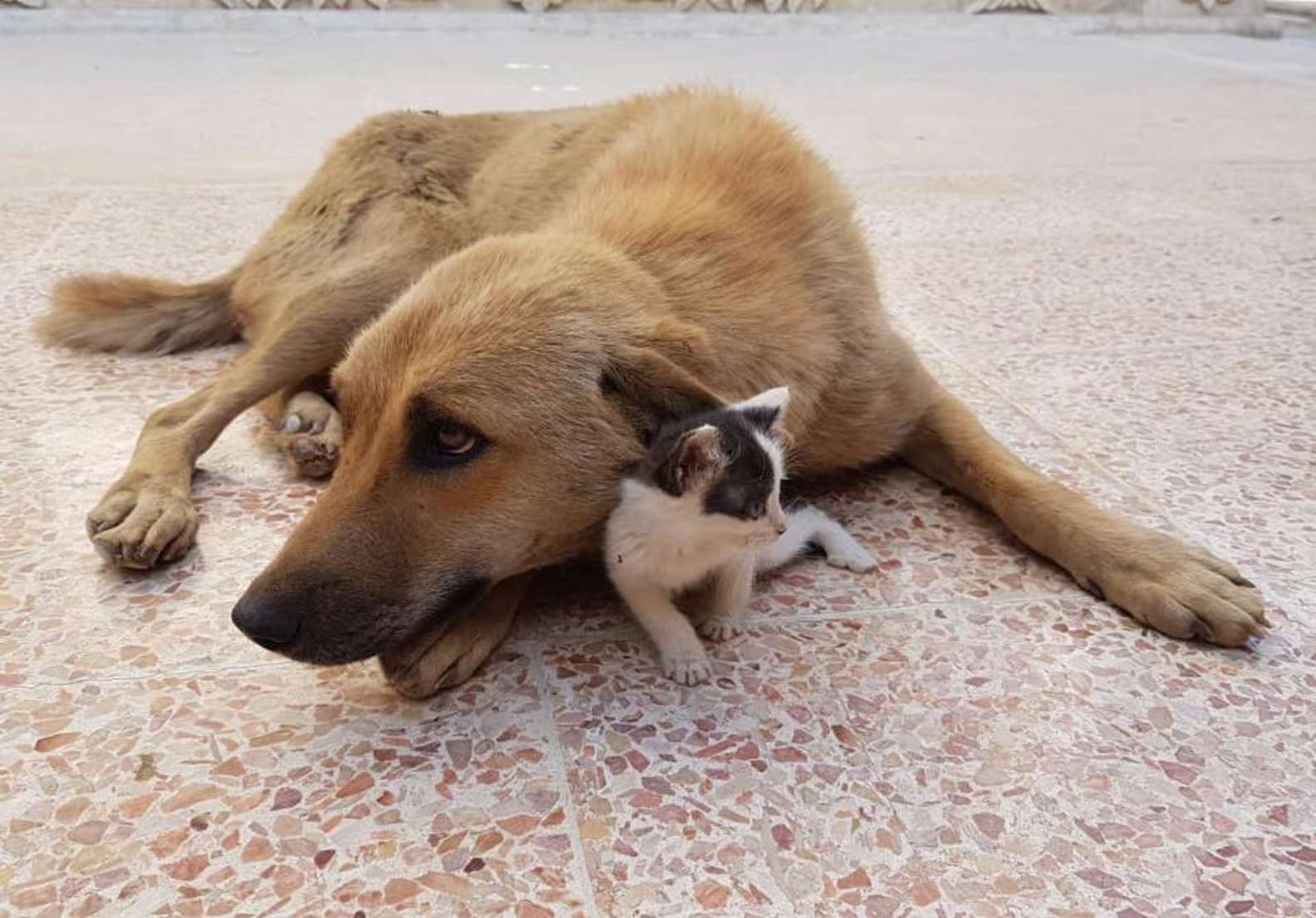 “We found them together,” Abidin said. “And the kitten was riding her [Amira], and she is completely fine. She even seemed to smile.” 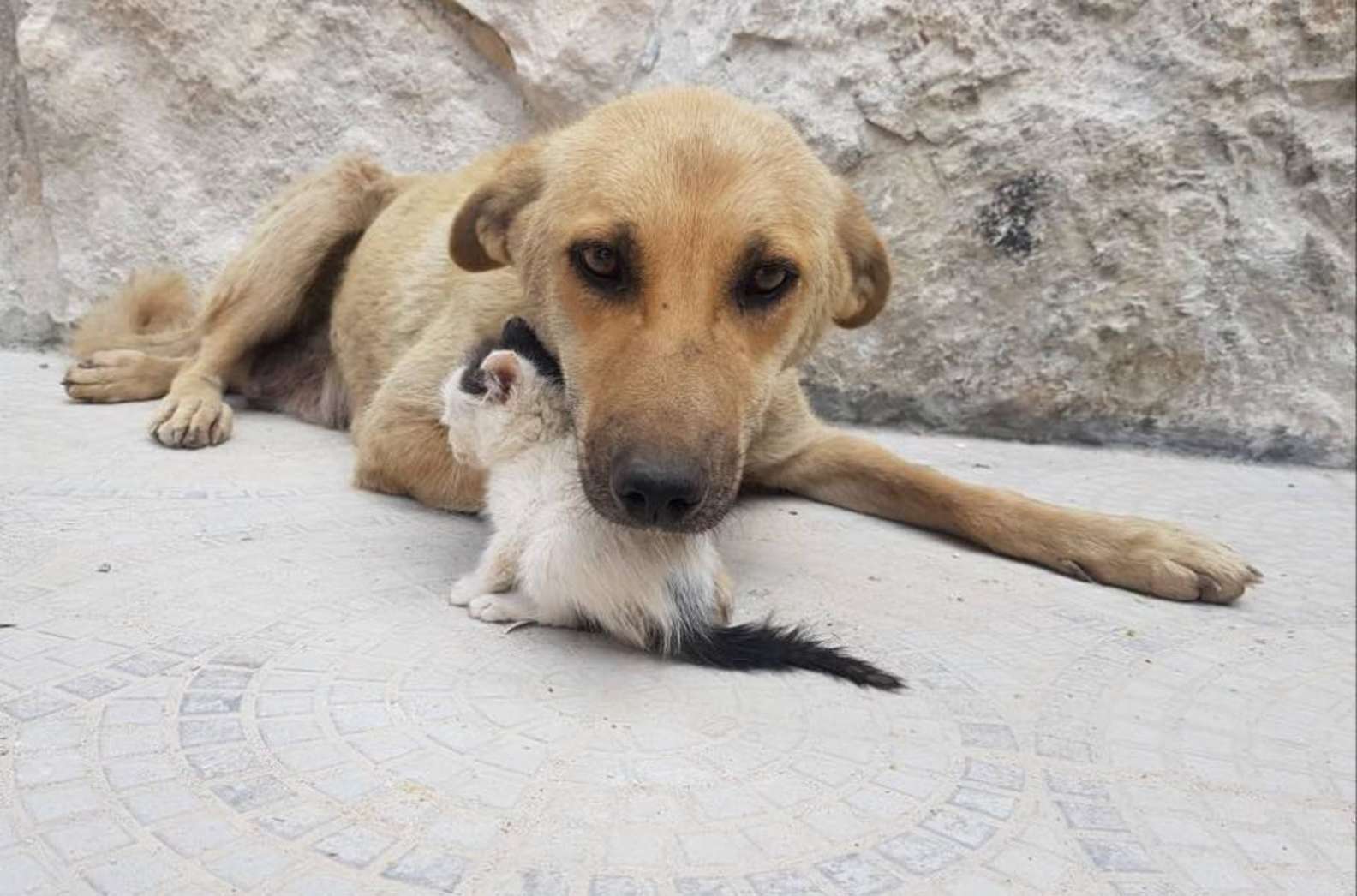 Amira visits Il Gattaro d’Aleppo several times a week, and every time, Junior is there to greet her. Junior might be smaller and a different species, but Amira has grown to adore her — and the feeling is clearly mutual. The two of them play together, share food and take naps together.

“We called her Amira, [which means] princess, because for us, she is a princess for her noble soul,” Abidin said.