These two adorable pups, named Miles and Stanley, recently made an unlikely new friend — one who lives in the world beneath the waves. 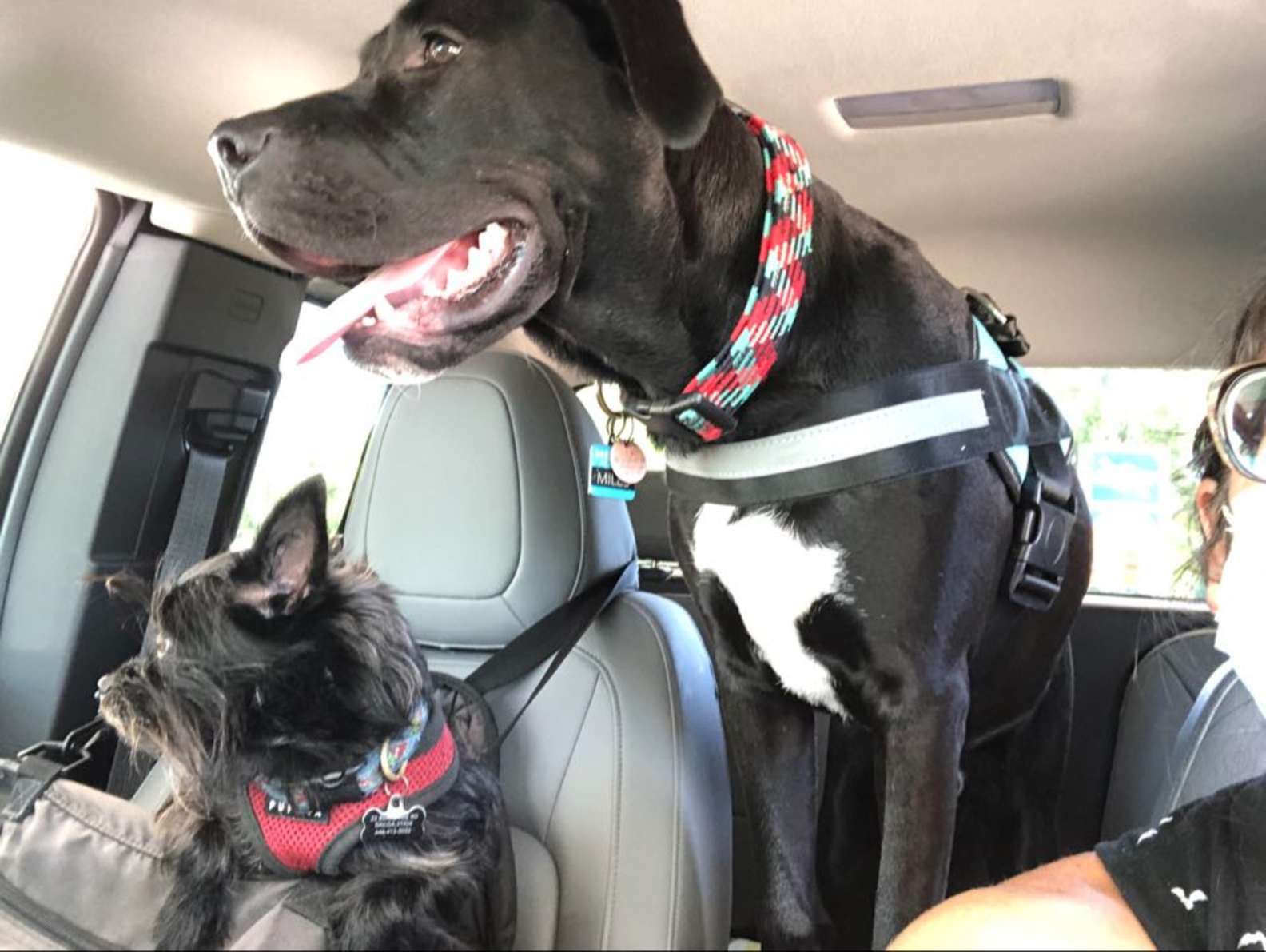 The other day, Miles, Stanley and their owner, Magen Peigelbeck, were out enjoying a day of boating in a river near the coast of Georgia when a friendly local decided to drop by. It was a dolphin — and he seemed more than eager to make the pups’ acquaintance.

While Peigelbeck looked on, the dolphin swam toward Miles and Stanley, popping out of the water repeatedly, as if to say “hello.”

“I was in awe,” Peigelbeck told The Dodo. “I knew it was a special moment.”

Here’s video of that magical moment:

This went on for a while. The curious dolphin couldn’t get enough of the two dogs — though he didn’t seem to care much about Peigelbeck.

“The dolphin was having a great time, there to see the dogs, clearly. [He] had no interest in me!” she said. 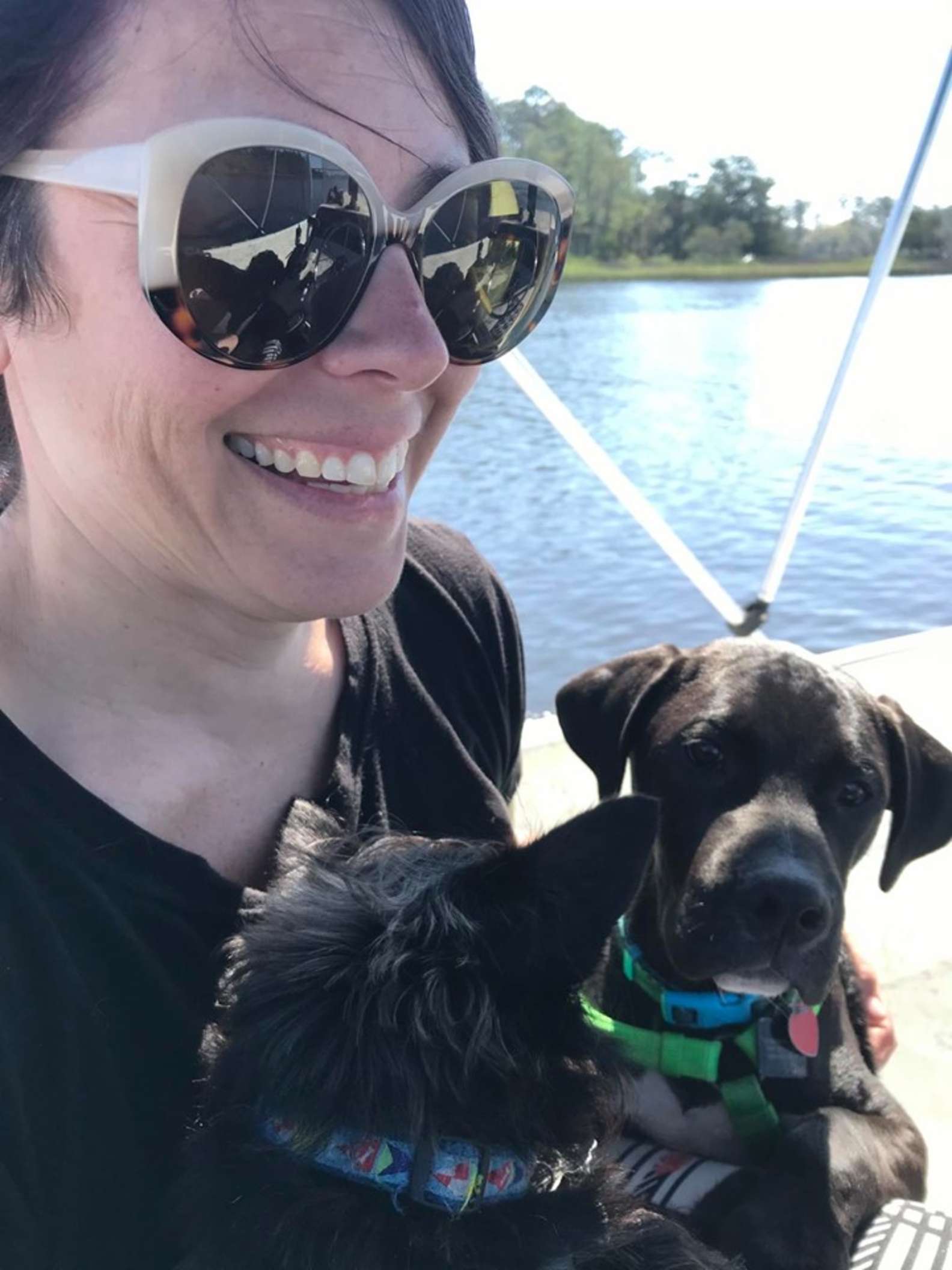 Peigelbeck and her dogs have been boating a few times since then, but have yet to run across that dolphin again. Miles and Stanley, however, are still on the lookout for another visit from their new pal. But if it stays a one-time thing, that’s OK too.

“We have been out on the water for years and never experienced something like this.” Peigelbeck said. “Very special.”