Rescuers in Dartmoor National Park were shocked when they came across a newborn pony that had collapsed and was suffering from severe dehydration. The poor pony’s mother was nowhere in sight.

The rescuers quickly brought the pony to their equine sanctuary in Devon, England, where they nursed him back to health and gave him the antibiotics he needed. They named the sweet pony Breeze. 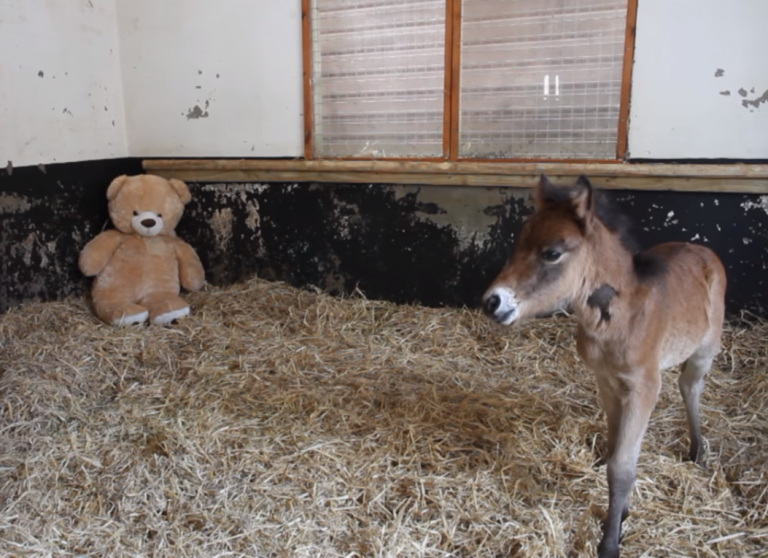 A week later, Breeze’s health had improved a bit, but he was still very depressed. To make him feel better, his rescuers gave him a jumbo teddy bear.

To their surprise, Breeze quickly became attached to the stuffed animal, and he treated it like a surrogate mom. 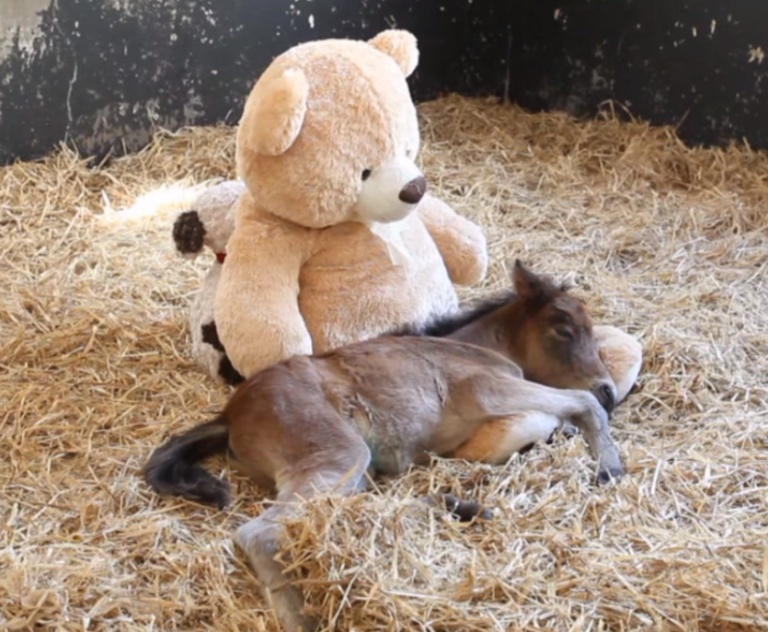 Breeze cuddled up in the teddy bear’s lap, where he would contently nap. The teddy bear helped him feel more relaxed and at ease at the equine sanctuary. 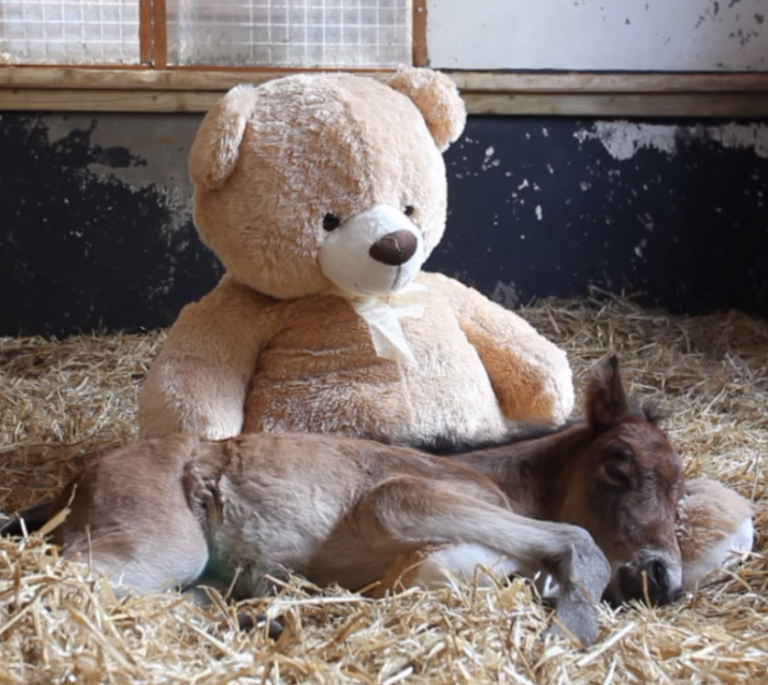 A month later, the equine sanctuary did a follow-up video on Breeze, where they revealed that he was doing much better. He was more active, and he loved playing in the field with the other foals.

One of the rescuers also said that he often got into trouble. He loved picking up stones and sticks, which the workers would have to take out of his mouth.

After his tough start, Breeze’s true goofy personality had begun to shine through 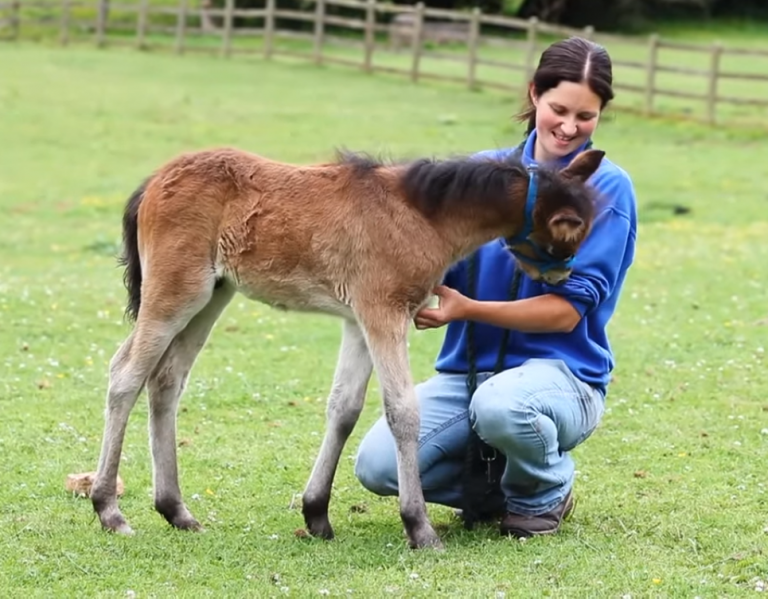 Little Breeze had a hard first few days of life, but thanks to the help of some dedicated rescuers and a jumbo teddy bear, he was able to pull through.

Check out adorable Breeze and his teddy bear in the video below… and please SHARE this with your friends and family.