This is Pooh, an amputee cat who just got bionic ‘new legs’. No one knows what exactly happened to the kitty, most likely he was struck by a car or even a train in a small Bulgarian village where he lived. After the traffic accident, one kind woman rushed the cat to a clinic in Sofia, Bulgaria’s capital, where surgeon Vladislav Zlatinov examined Pooh. The man knew that if he amputated the back legs high up on the limbs, it may not work, which meant euthanizing the kitty.

Zlatinov decided to do something innovative this time, and attach prosthetics, giving Pooh new legs. “I had the vague idea that this is done, but it sounded impossible for our practice,” Zlatinov said. “But I wanted to try.”

And it worked. “He’s doing surprisingly well so far,” Zlatinov said. “Pooh can move freely on flat surfaces — walking, running, even making small jumps… What’s important is that he doesn’t seem to be in pain.”

“We’re very proud,” Zlatinov told Reuters. “It was quite a success … It gives hope to other patients.” As for Pooh, the cat is currently at a rescue shelter called Let’s Adopt Bulgaria and will be ready for adoption soon. 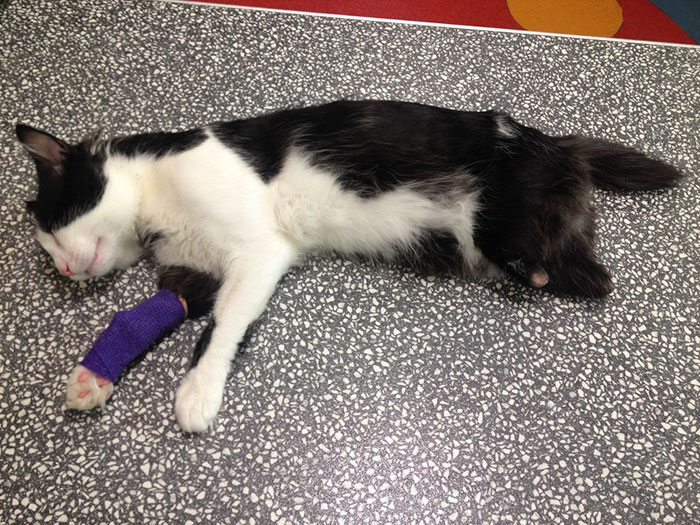 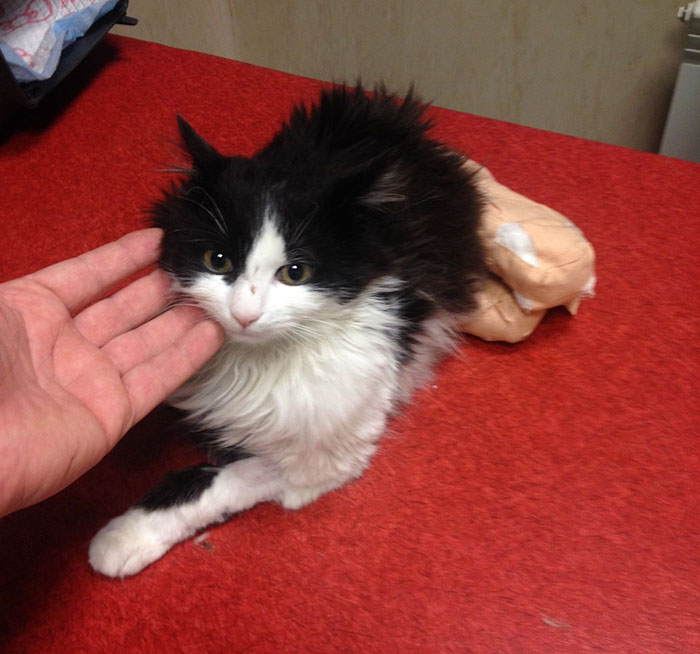 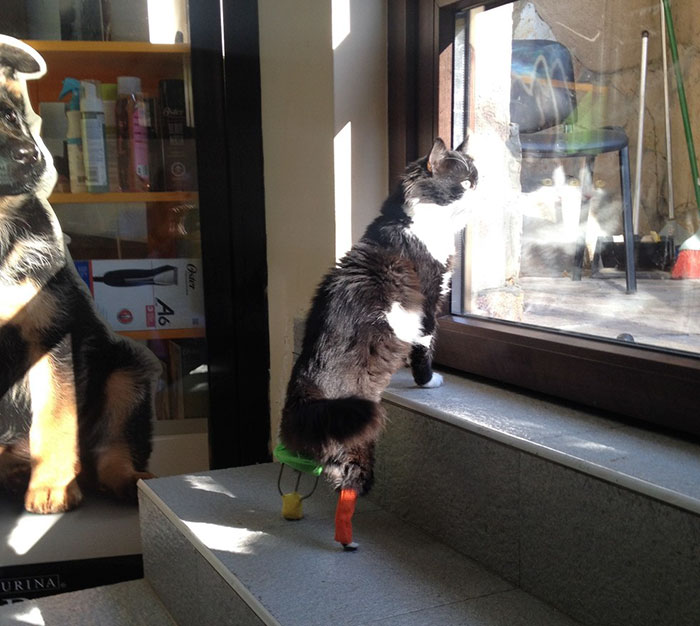 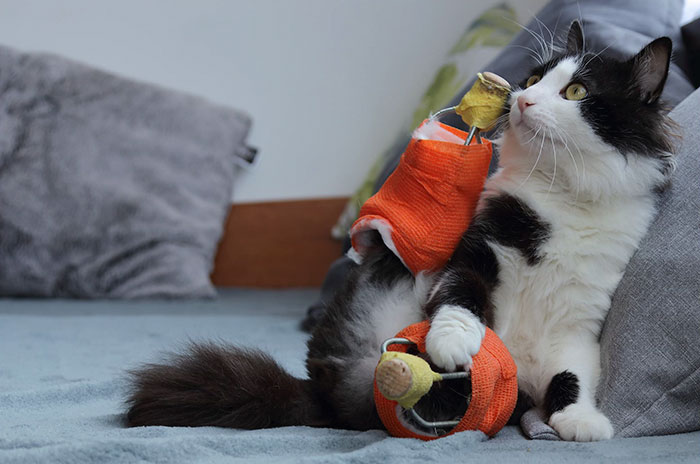 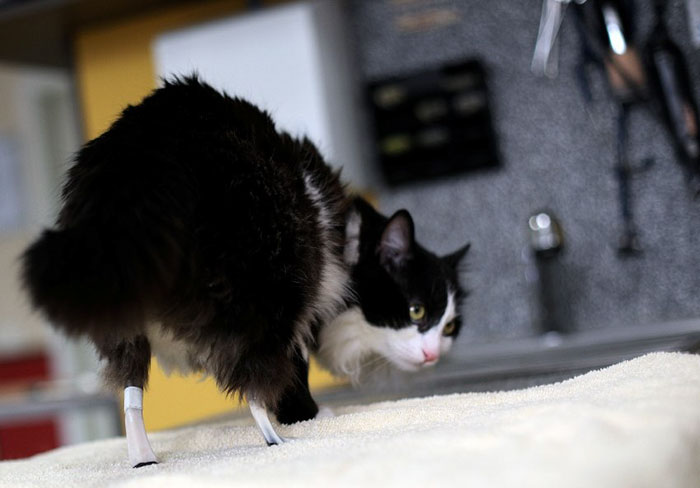 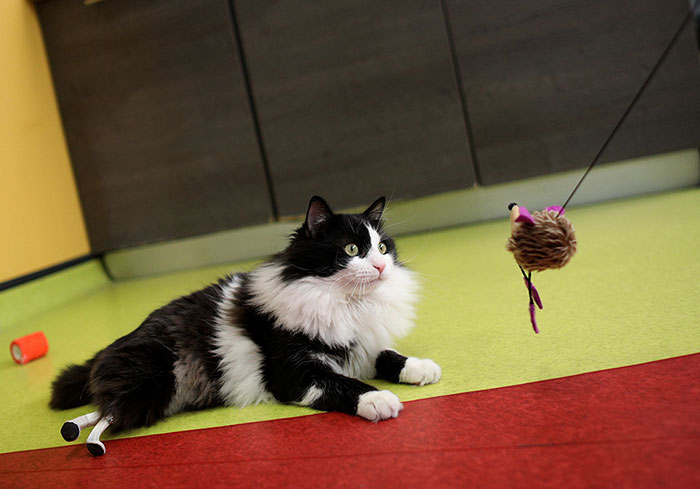 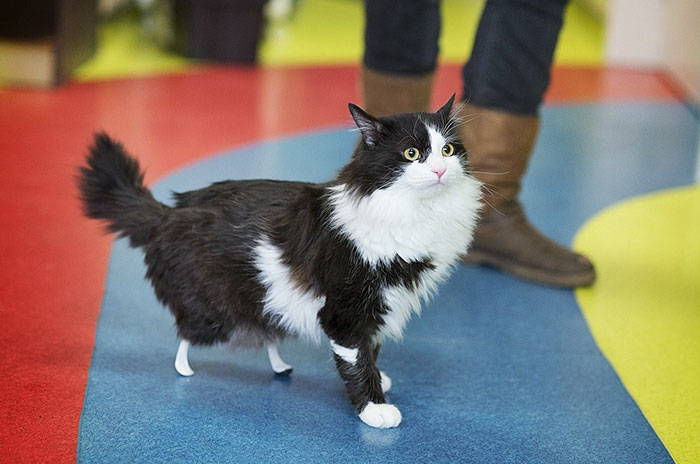