The best friend of a 10-year-old Chesapeake retriever named Jake is his mom, Maggie.

The two dogs share a kennel at Furry Friends Refuge, a no-kill shelter in Iowa, and Jake depends on his mom in a special way — Jake is blind, and Maggie acts as her son’s guide dog. 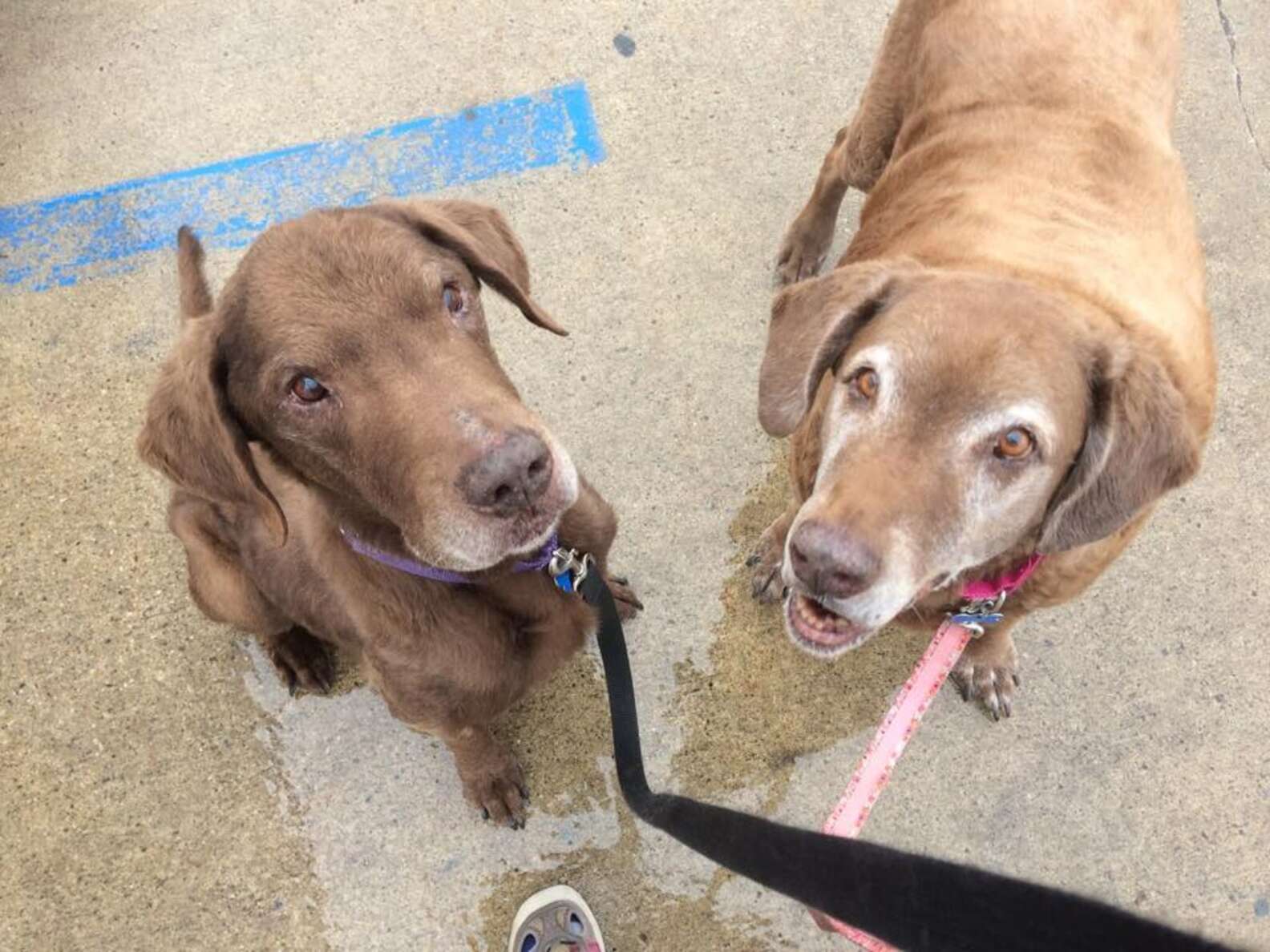 “Jake is really good at following other dog’s leads, and because Maggie is his mom, and she’s been with him his entire life, he likes to follow her lead the best,” Sayde Scott-Hainchek, communications and development director for Furry Friends Refuge, told The Dodo.

“He listens to where she’s going,” she said. “He follows her scent. He kind of stays close and keeps his ears open.” 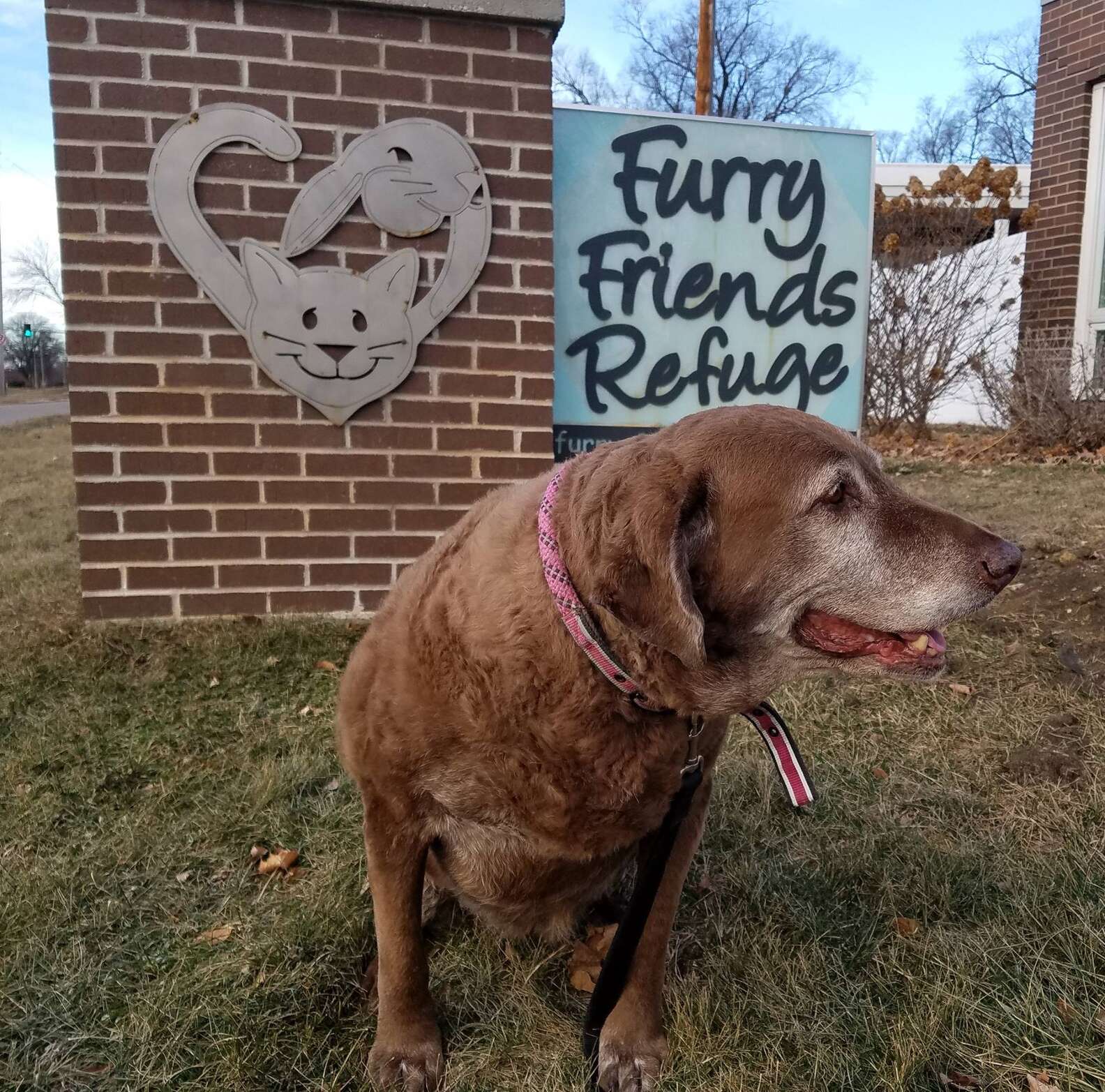 While their relationship might seem pretty incredible, Maggie wouldn’t be the first dog to recognize that another dog is blind and learn to care for them. A dog can pick up on another dog’s disability, and if the dog is the nurturing type, they might choose to become a seeing-eye dog for the other.

But this dynamic duo does lack one big thing — a home. 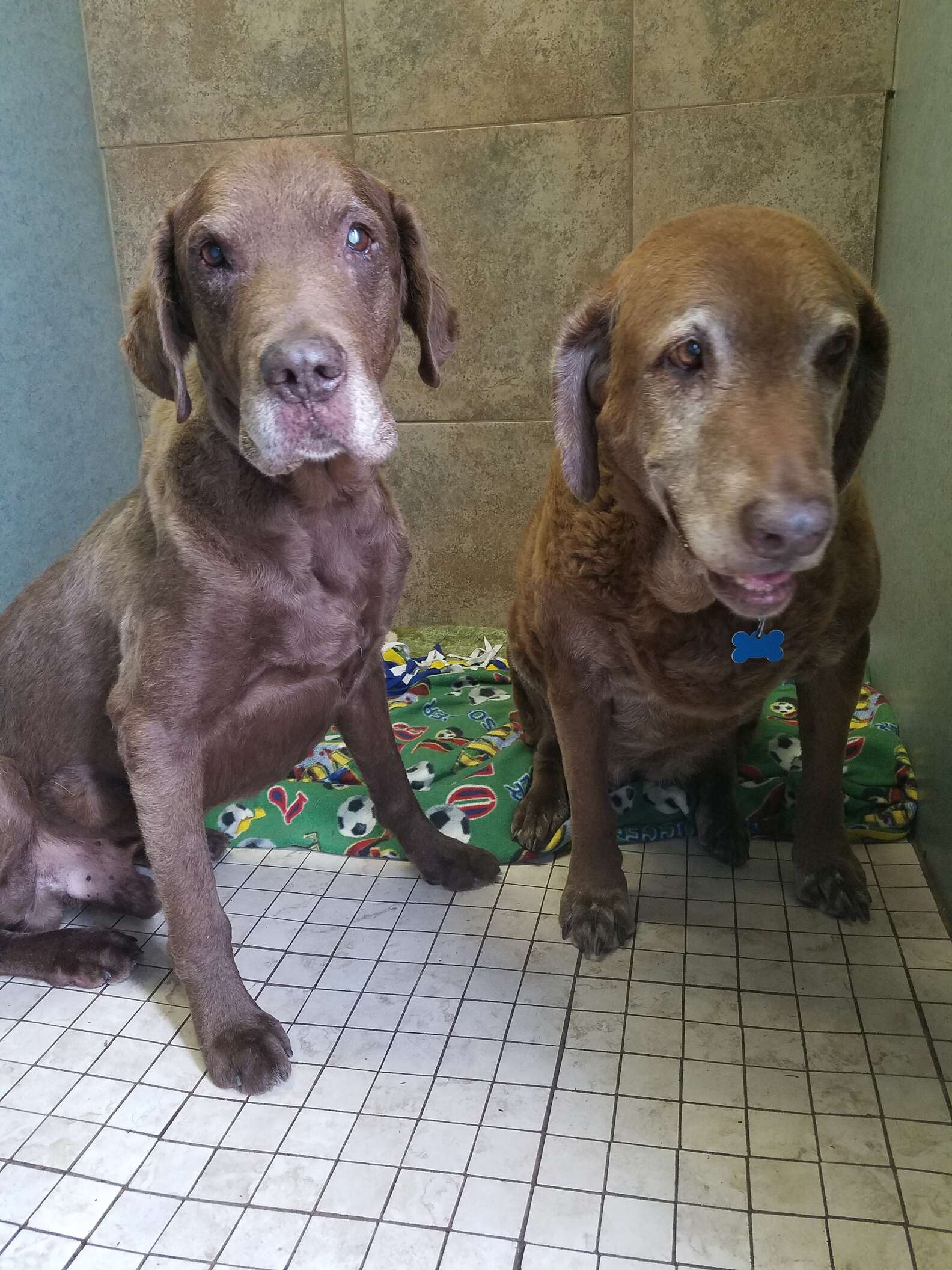 Jake and Maggie arrived at Furry Friends Refuge last December after their former owner passed away, and they’ve been searching for a new home for the last six months.

“One of the challenges facing them is that they are bonded, so we have to adopt them out together,” Scott-Hainchek said. “Not everybody is ready to take in two large dogs, particularly when they are seniors.” 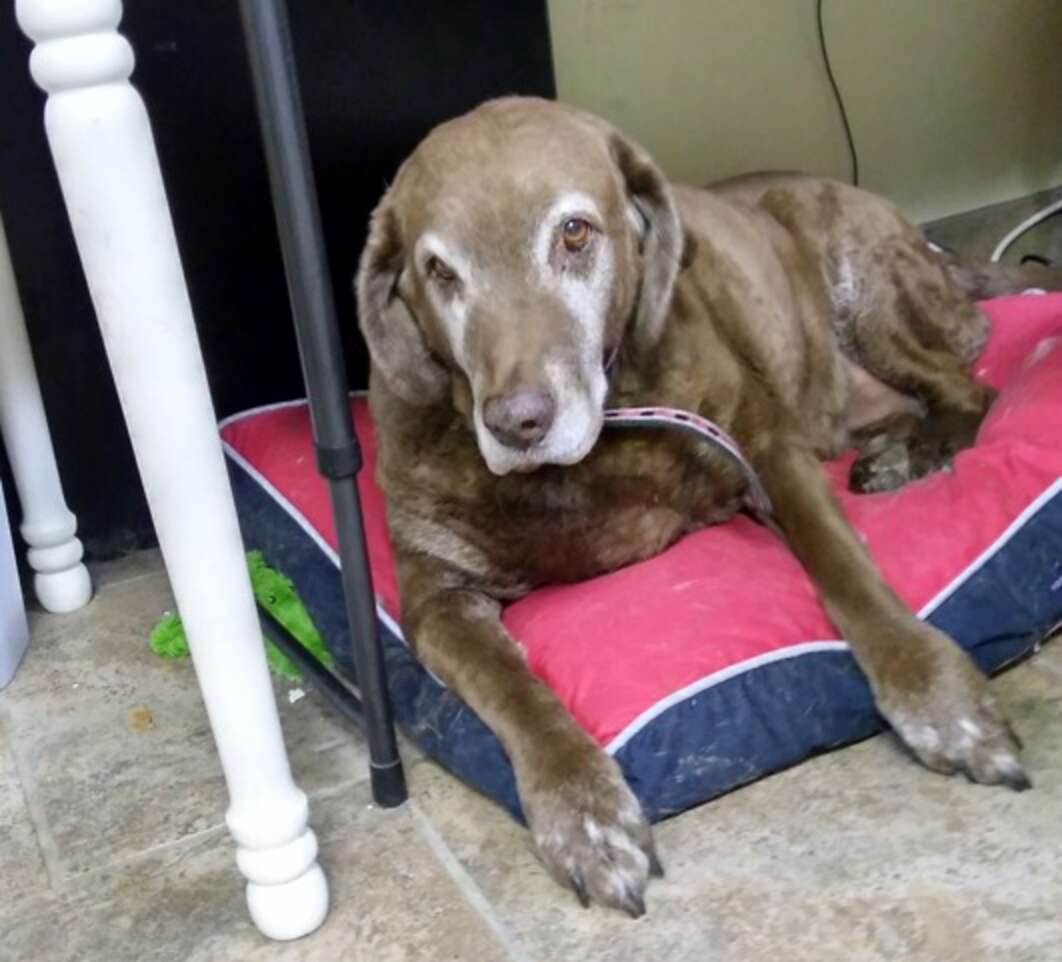 Another thing that might scare away prospective adopters is Jake’s diabetes — but the shelter’s staff said they’re able to assist.

“We’re absolutely happy to help anyone who is unfamiliar with diabetes in animals to get them accustomed to insulin and monitoring blood sugar and other things to watch for,” Scott-Hainchek said. “But of course, if you haven’t dealt with that before, that can be a little bit intimidating.” 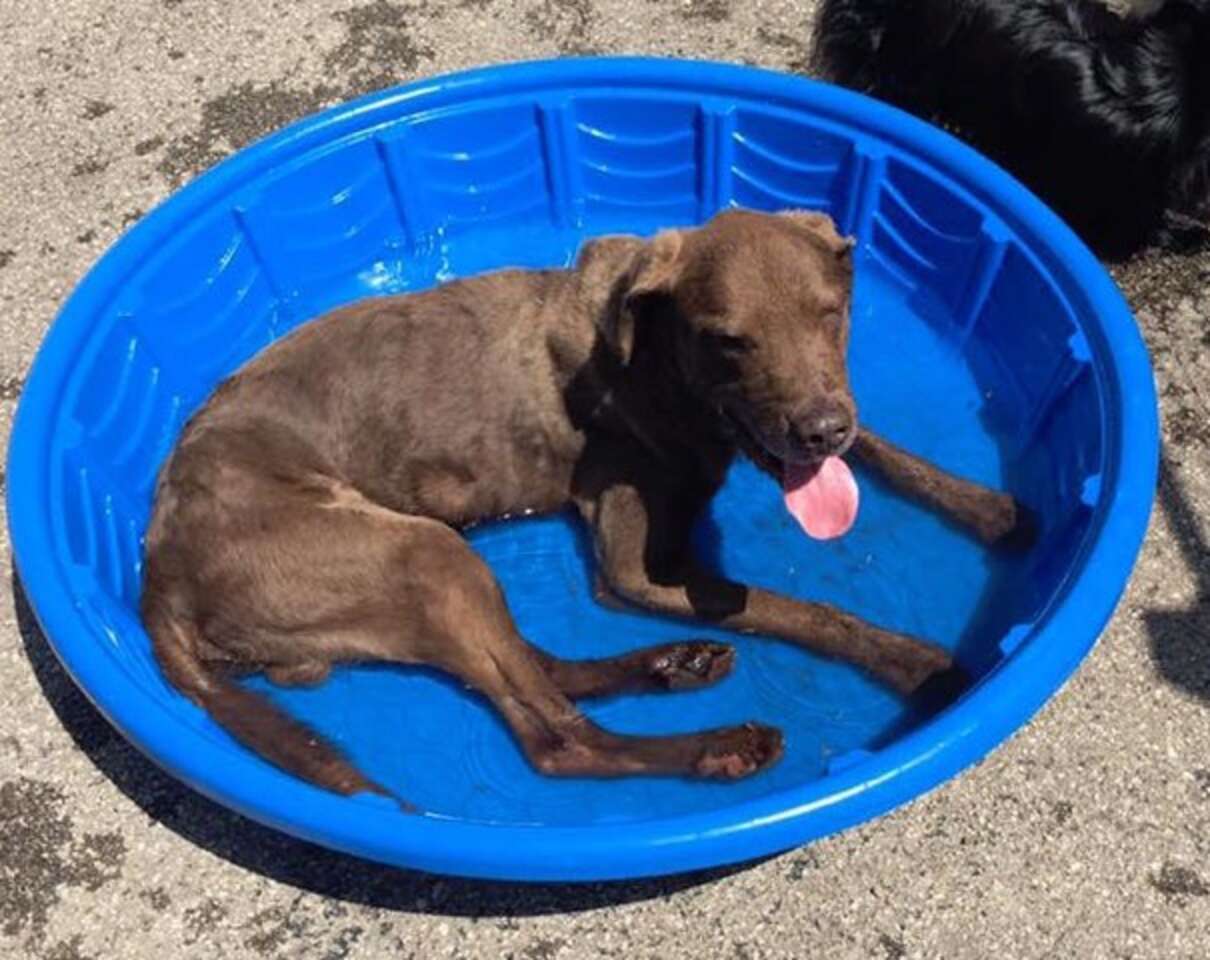 Jake might be blind, diabetic and senior, but he also loves acting like a playful puppy, Scott-Hainchek said.

“He’s really into this giant Kong ball that we’ve gotten him,” Scott-Hainchek said. “He’ll chase it and knock it around.” 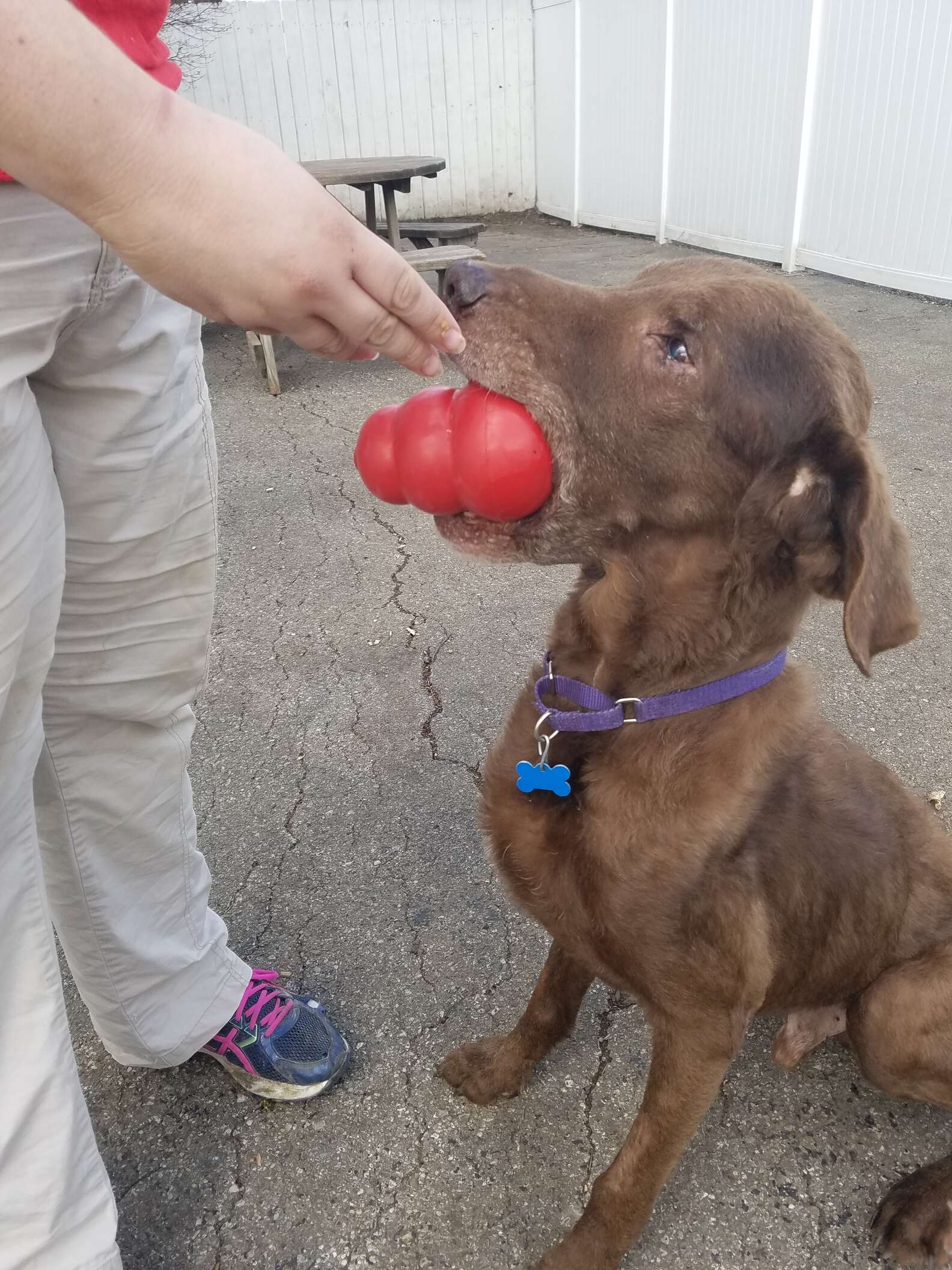 Jake and Maggie are also very sweet dogs, and they’d make great companions in any kind of family, Scott-Hainchek said.

“You don’t want to play favorites at a shelter, but I think a lot of our volunteers have a very special sweet spot for them,” Scott-Hainchek said. “They’re just very mellow, laid back dogs. Very easy for pretty much anyone to get along with.” 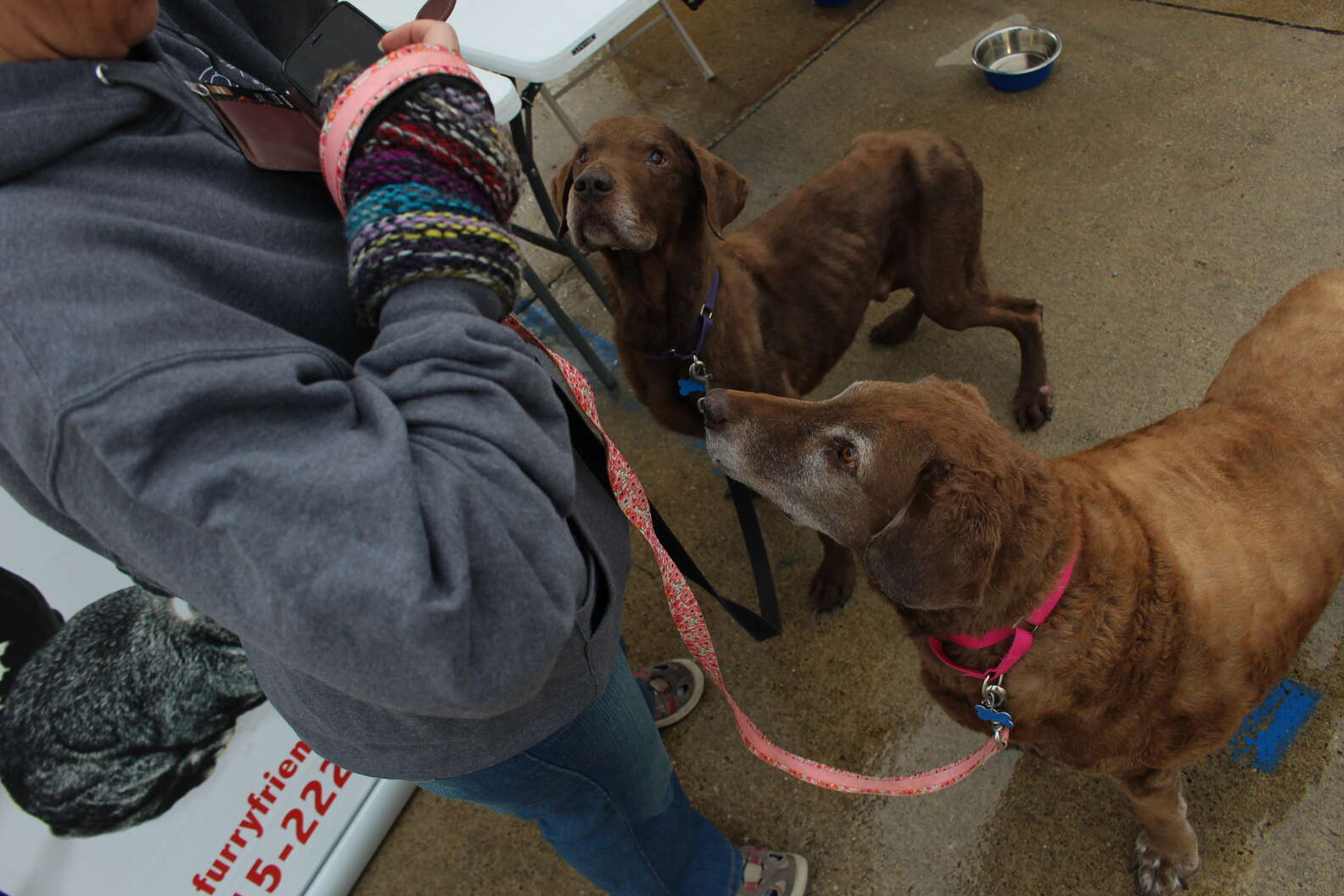