What began as just another normal day for one homeowner in Australia last month quickly took a rather alarming turn. While heading out to his car in the garage to drive to work, the man was struck with the uncanny feeling that he was being watched. 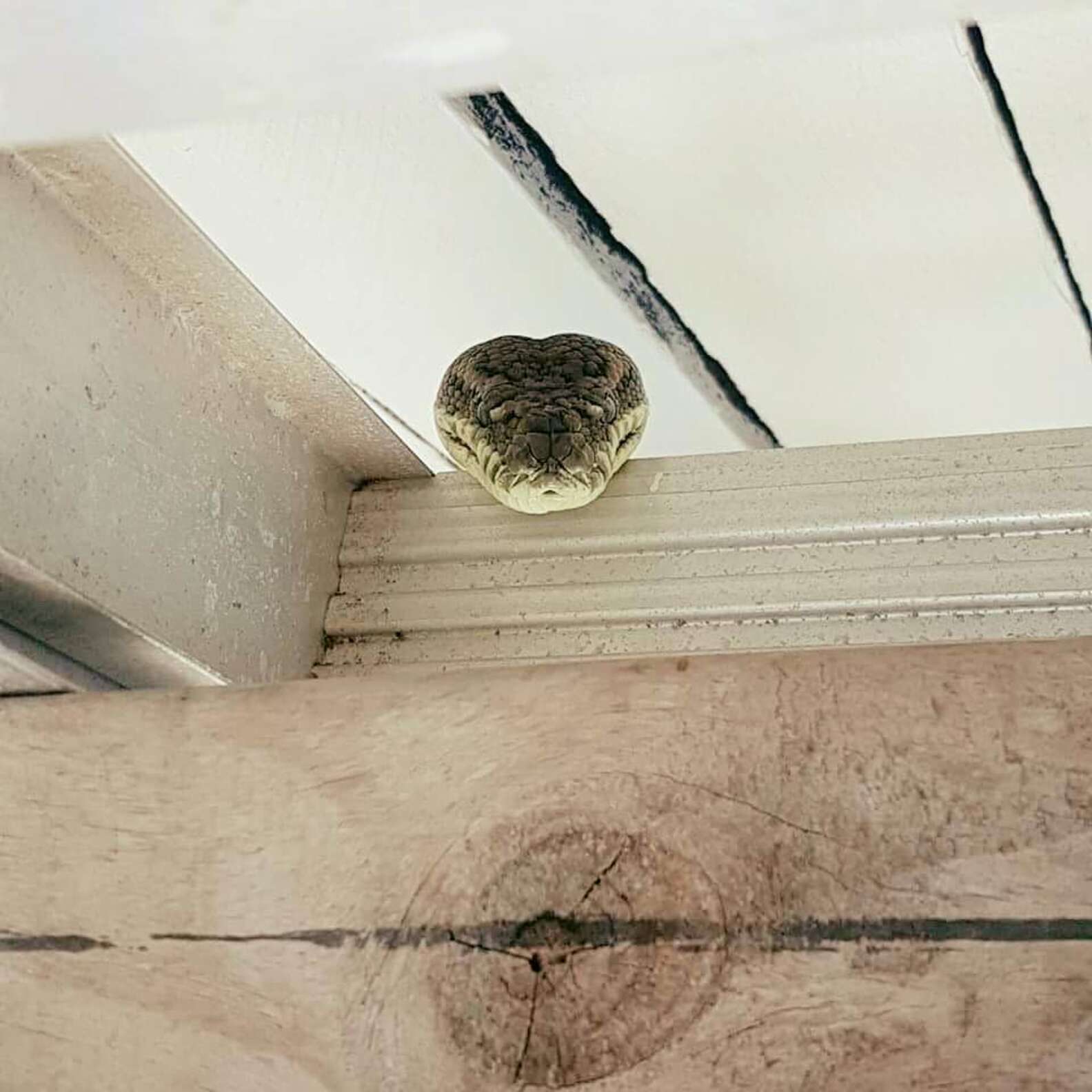 There, above him in the garage, was a 6-foot-long coastal carpet python curled comfortably among the rafters. Perhaps awoken by the man’s presence, the scaly surprise visitor apparently decided to pop her head out as if to say, “Good morning to you.”

That little greeting, however, was not so well-received. 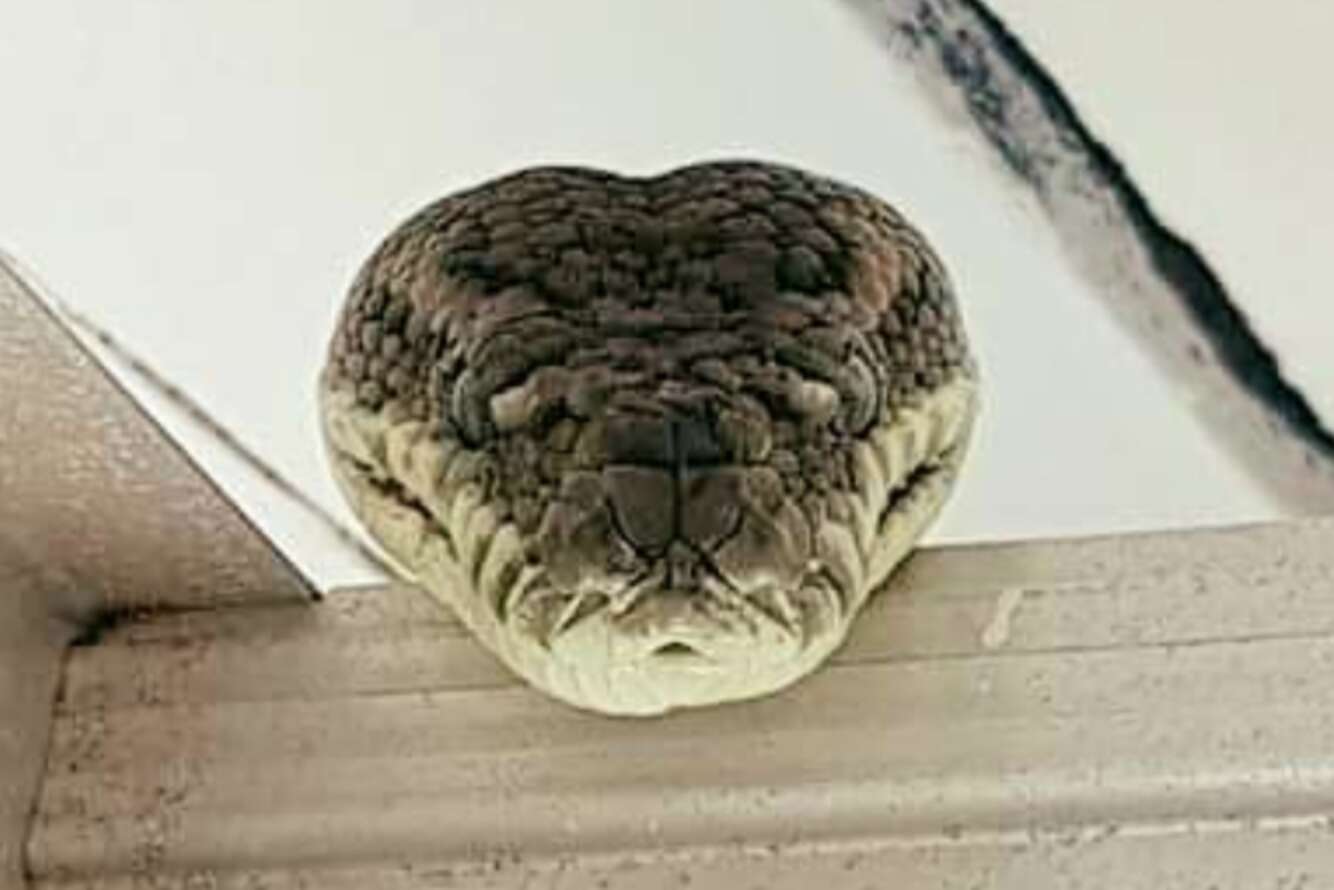 In an instant, the man’s plans suddenly changed. He simply couldn’t muster the courage to walk beneath the snake to reach his car — effectively making him a hostage in his own home.

So, rather than heading to work as usual, the man was instead on the phone with Stewy Lalor from Elite Snake Catching Services in Brisbane. The python, meanwhile, seemed a little perplexed by all the commotion she’d caused.

And she had good reason to be confused. 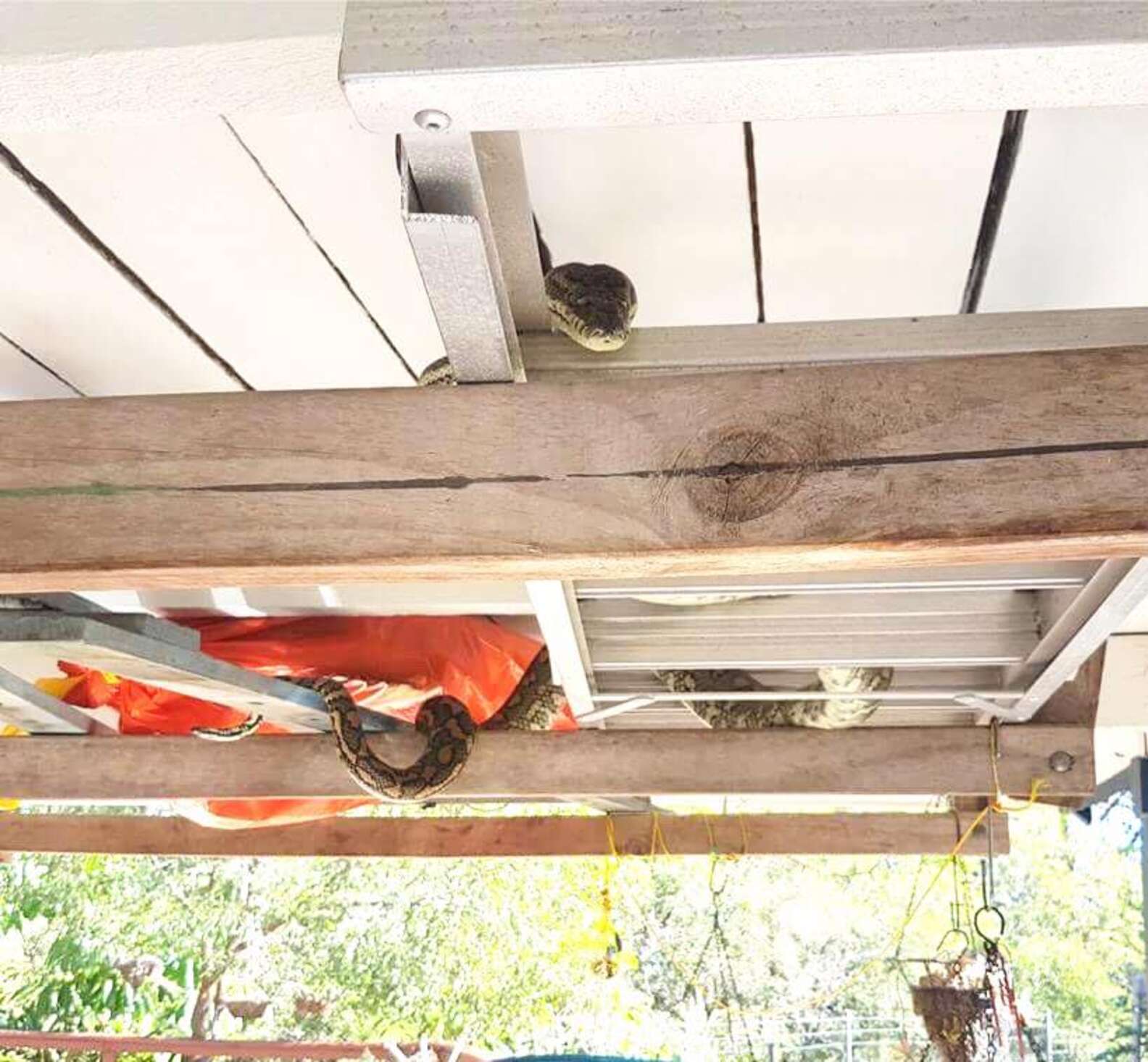 As Lalor the snake catcher pointed out later, coastal carpet pythons might look a little scary, but they pose no threat to humans. He went ahead and escorted the snake out of the garage, just to help this homeowner get on his way.

“He was about to head off to work but couldn’t get into this car,” Lalor told Chinchilla News, adding that intervention like this isn’t really necessary. “A big part of what we do is education. If we can get around relocating them, we will but if someone has a bad phobia we will come get it.”

In the end, the “problem” solved was never really a problem to begin with — but it’s fair to say that it was a memorable morning all around.