When researchers with The Loon Project headed out to Long Lake, Wisconsin, in mid-June, they expected it to be just another day of researching and observing the birds out on the water — but as a mother loon swam by with her baby on her back, the researchers couldn’t believe their eyes: This baby wasn’t a loon.

It was a duckling.

None of the researchers had ever seen anything quite like it, but through some careful investigation, they were able to piece together some of the story.

The loon couple had had their own baby not long before adopting the duckling, but unfortunately, the little loon didn’t make it. The couple’s parental instincts were still strong and they desperately wanted someone to care for — and so when they saw a tiny duckling all alone without his family, they decided to raise him as their own. Ducklings imprint on the first moving, parental figure they encounter, so when the loons took him in, the duckling didn’t object — and instead happily settled in with his new family. 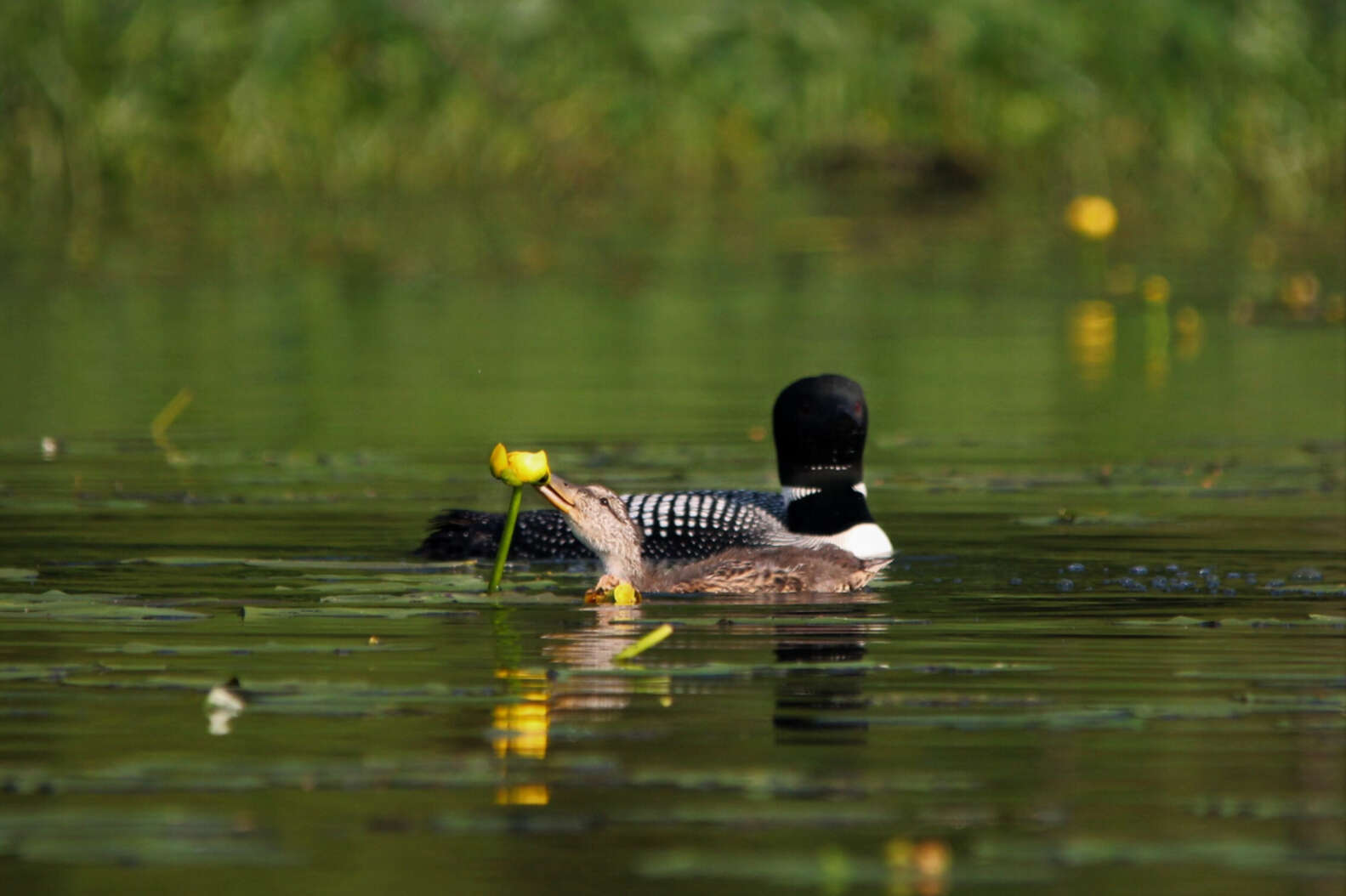 “This was a very exciting discovery,” Walter Piper, head of The Loon Project, told The Dodo. “It is a weird one, because my job is to study loons, not loons that raise ducklings! But this event allows us to examine the flexibility of loon behavior and duckling behavior.” 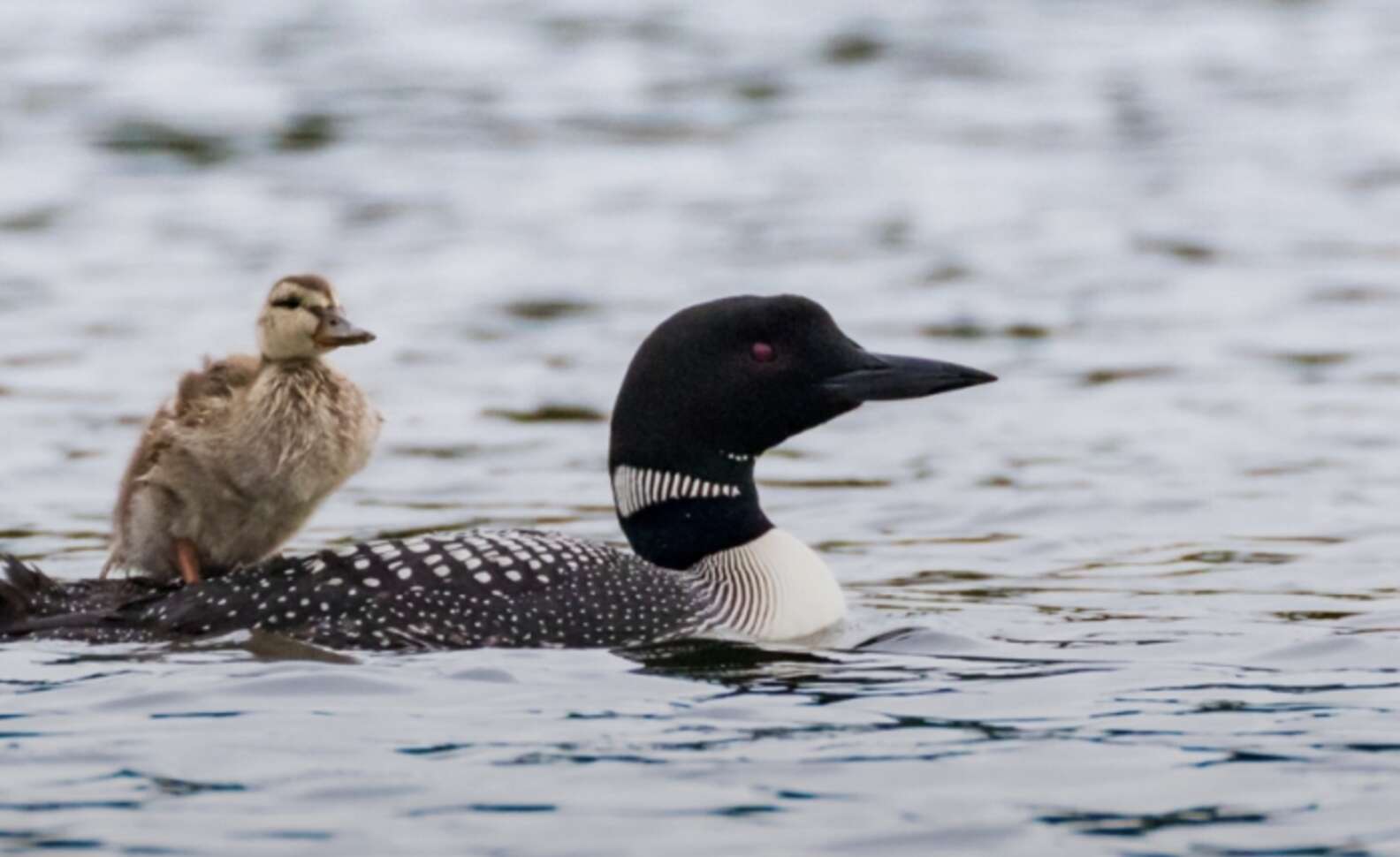 Baby loons and ducklings are raised very differently, but this little duckling doesn’t seem to mind adapting to the tendencies of his parents. In fact, he’s even learned to dive down to the bottom of the lake for food, a behavior that most ducks like him don’t have. Loons and ducklings also eat different food, but somehow, the duckling is making it work, and seems perfectly content with his unconventional family. 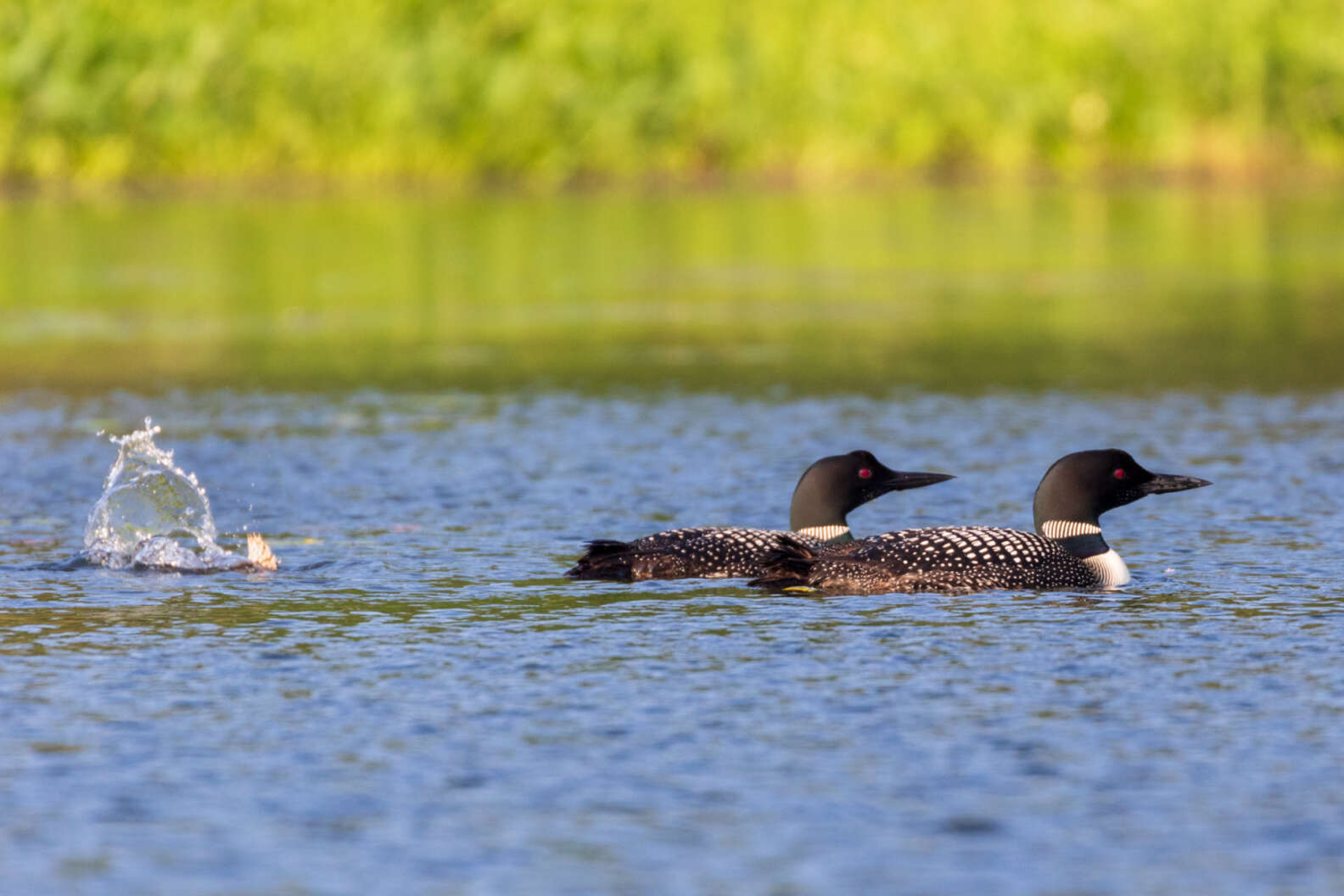 It’s hard to say what will happen to the duckling as he gets older and if he’ll continue to hang around loons or go off and join other ducks, but for now, he’s thriving, and that’s incredible. The fact that a loon couple who lost their baby decided to take in an orphaned duckling is an example of how wonderful nature can be, and researchers are excited to continue to observe the adorable family.