A walrus named Wally has been exploring European waters, far from his native Arctic, for several months. He is believed to have dozed off on an iceberg near Greenland early this year, which drifted south.

Even if the environment isn’t what Wally is used to, he’s still making the most of his unplanned adventure. 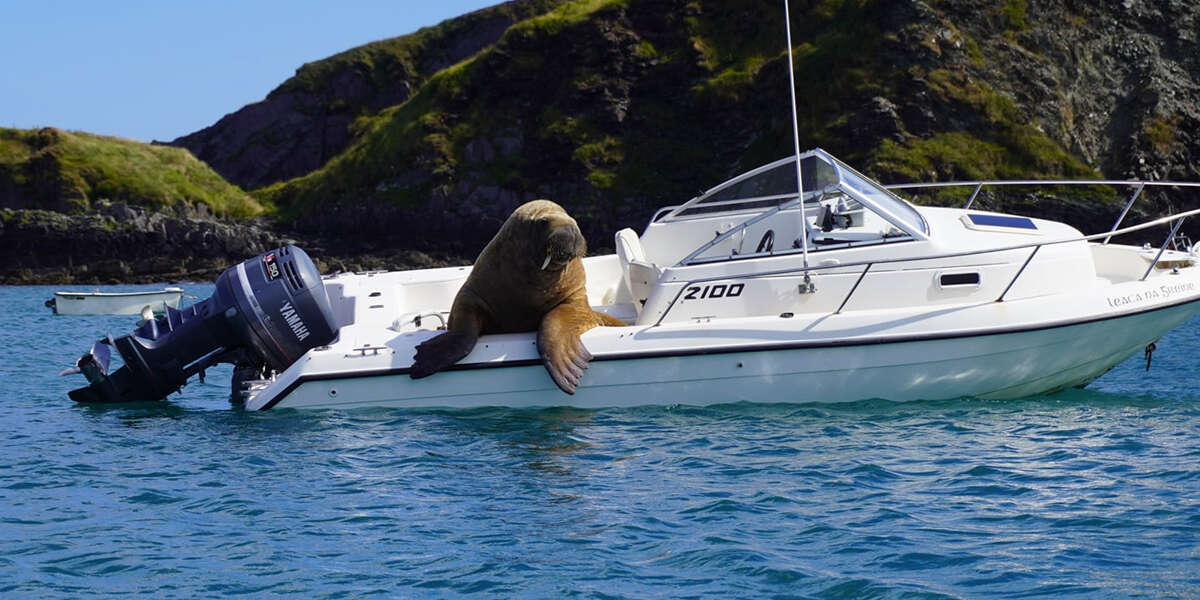 Employees from Ireland’s Clonakilty Distillery noticed the stray walrus earlier this week. He’d obviously chosen to take a break from fishing by commandeering one of their anchored yachts.

And it didn’t take Wally long to make himself at home. 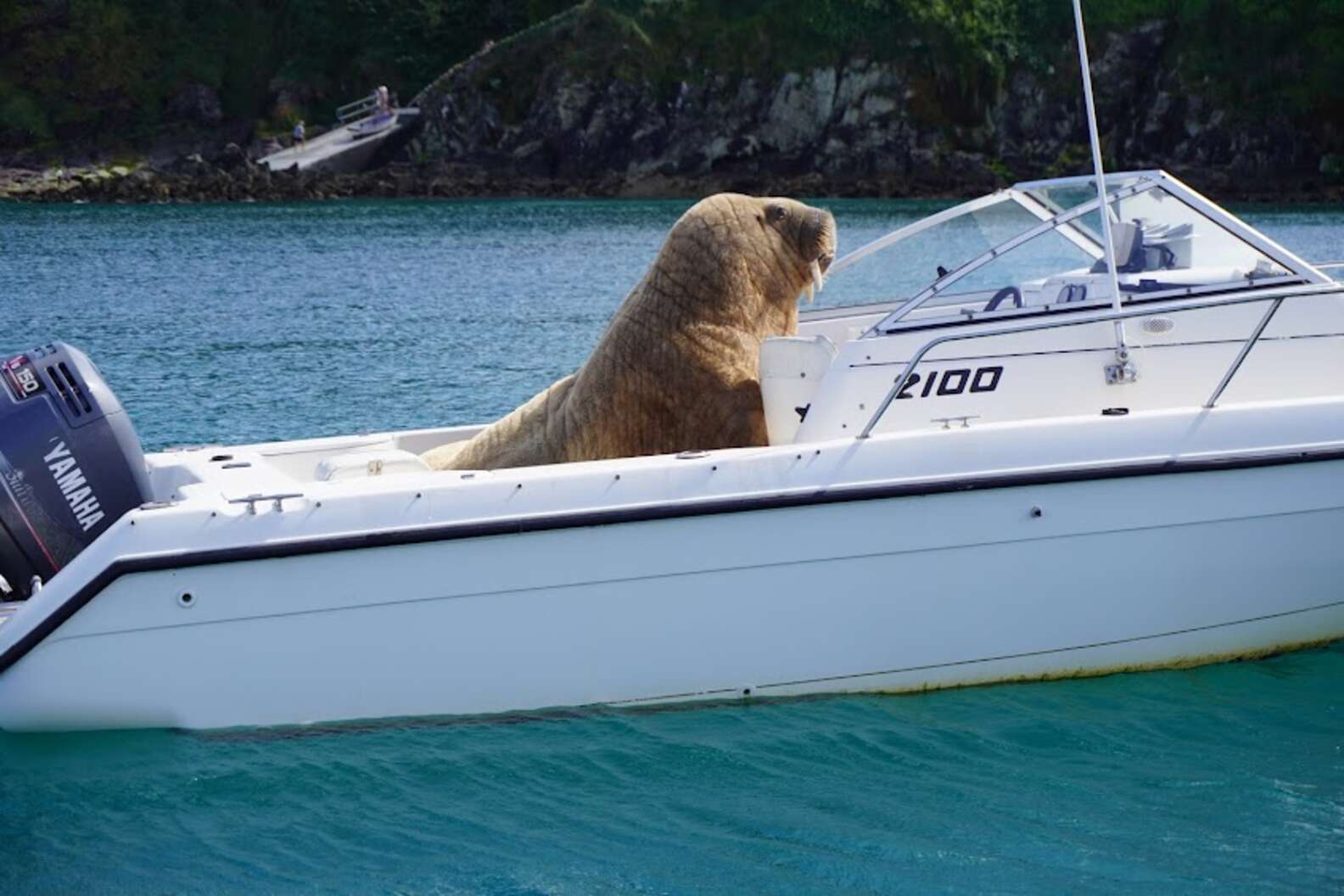 The boat’s owners were taken aback.

Clonakilty Distillery spokesperson Adam Collins told The Dodo, “It was absolutely unexpected.” “Wally has been seen in Irish seas previously, but we never expected to see him here, let alone in one of our team’s boats.” 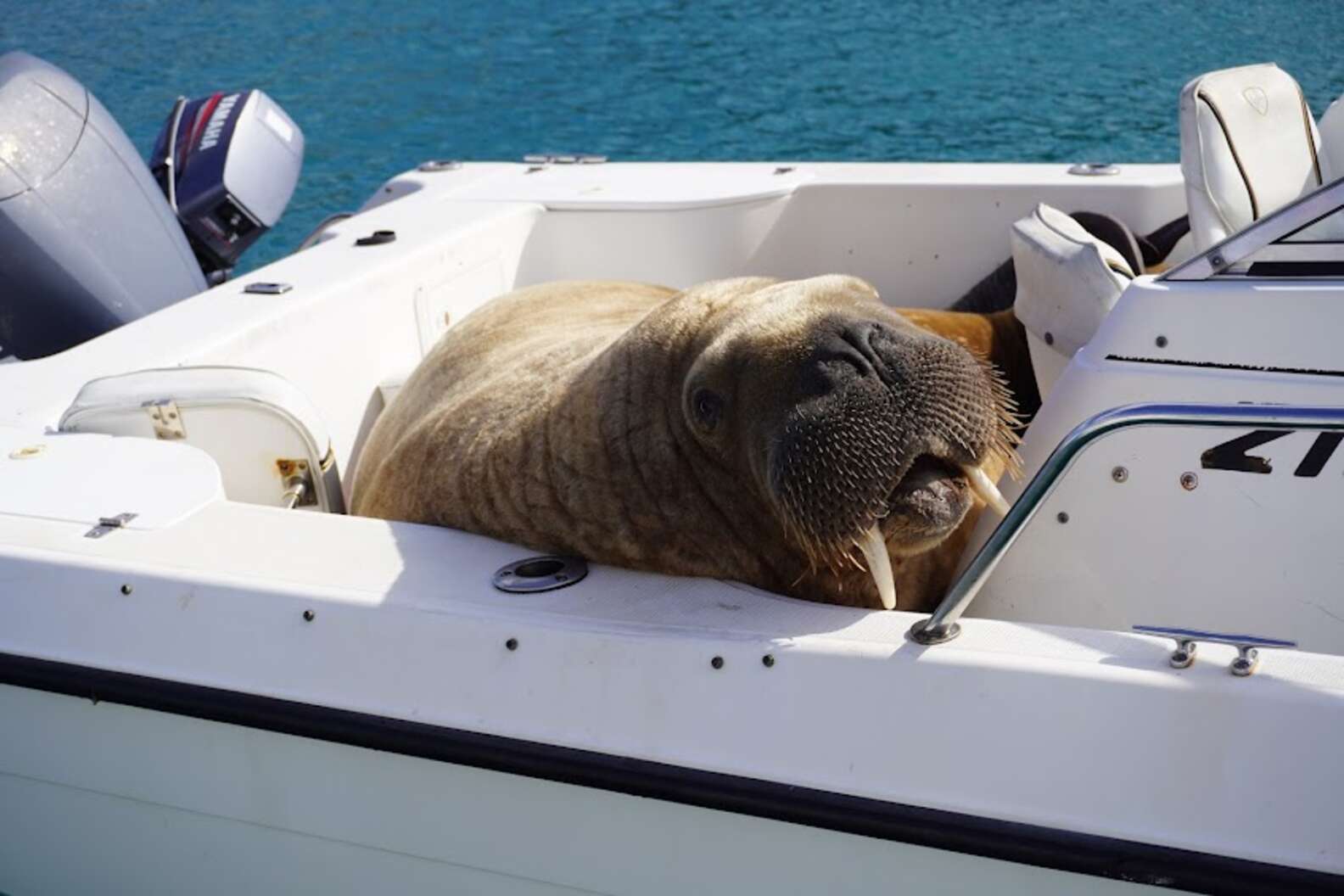 Wally was clearly in need of a rest, and he’d located the perfect spot to do it.

Collins added, “He seemed quite comfortable, just chilling in the boat.” 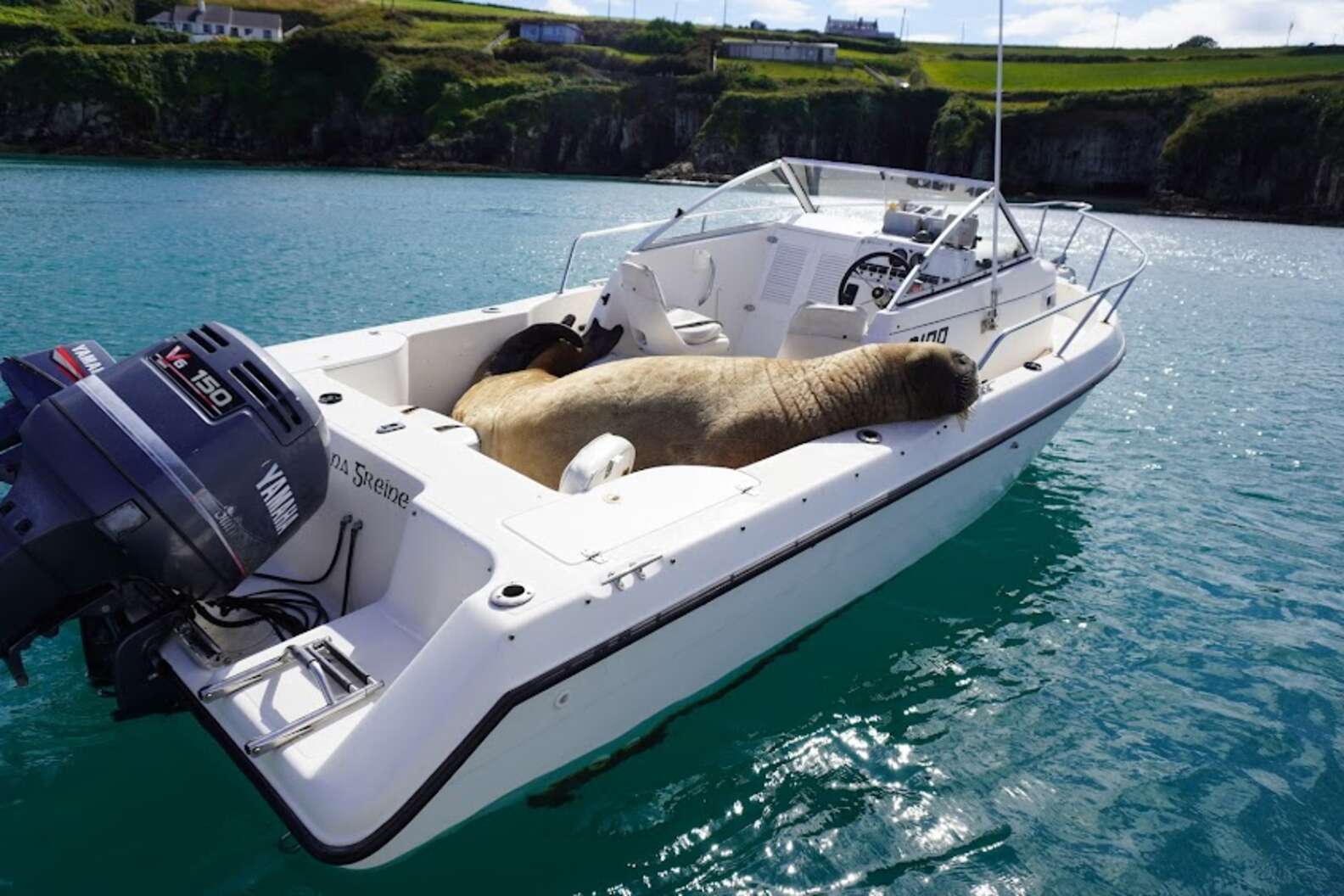 Because of Wally’s huge size, the boat sagged a little, but he didn’t seem to mind. That abandoned ship was suddenly all his — and its original owners couldn’t care less.

“Thank goodness, no damage was done to the boat,” Collins added. “We were quite content to leave him alone and relax!”

One of our team had an unexpected Artic visitor on their boat this evening. #Wallythewalrus spotted in Clonakilty today…. we reckon he must have stopped by on his travels for a refreshing Minke G&T. 😅🍸#clonakilty #wildatlanticway #purecork pic.twitter.com/zGH8vGqotB

Wally used the opportunity to catch a few Zs. 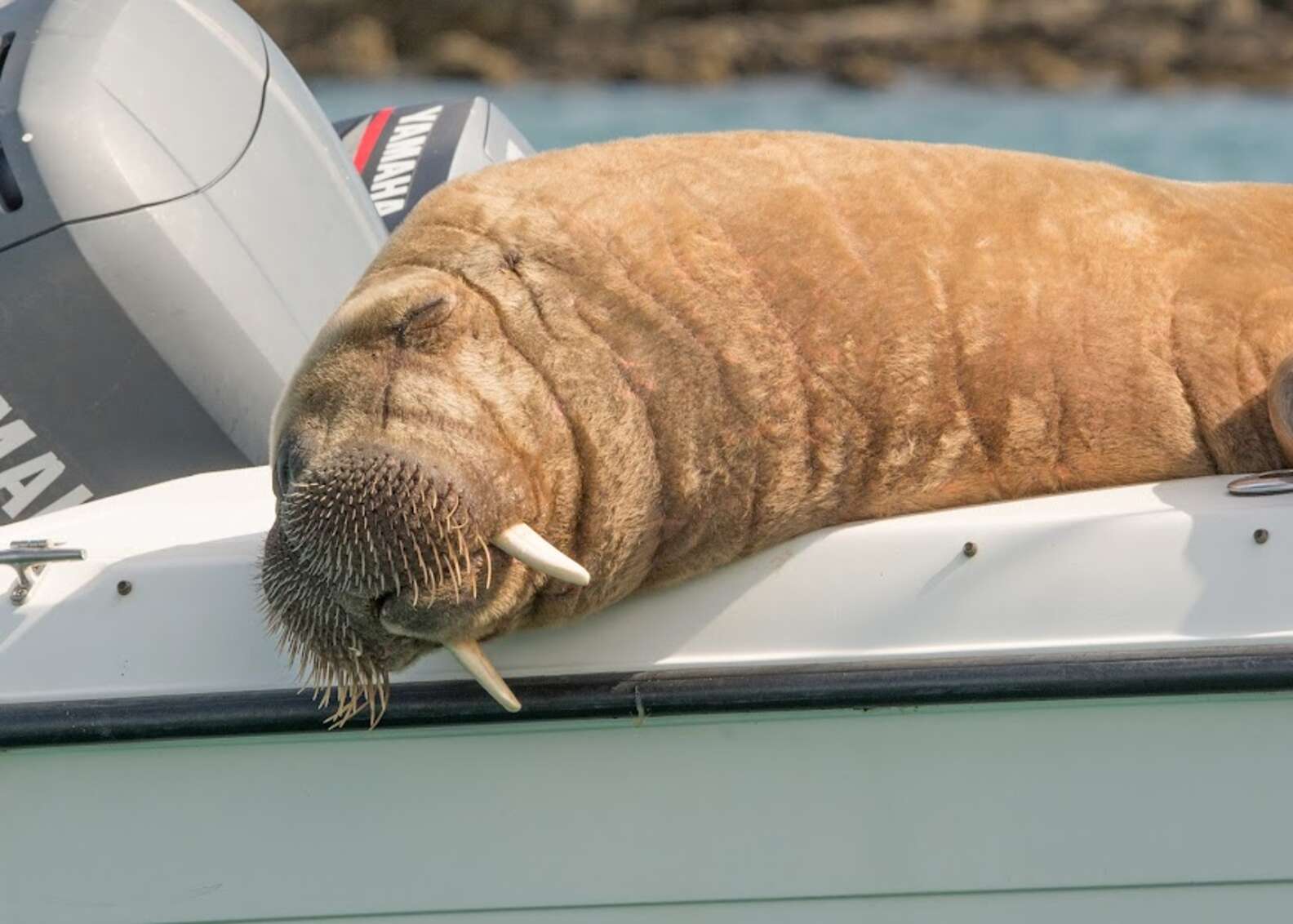 As nighttime approached and the boat’s owners returned to dry land, Wally was still lounging onboard, according to Collins. They’d had to give up the use of their ship that day because to the hijacked walrus, but there were no hard feelings.

“Just seeing him was an incredible experience,” Collins added.