When long-lost siblings ran into each other on the street, what began off as a typical walk for two dogs turned into a surprising family reunion.

The two cockapoos quickly recognized each other. They nuzzled and hugged each other as soon as they saw each other, even though they hadn’t seen each other since they were puppies. 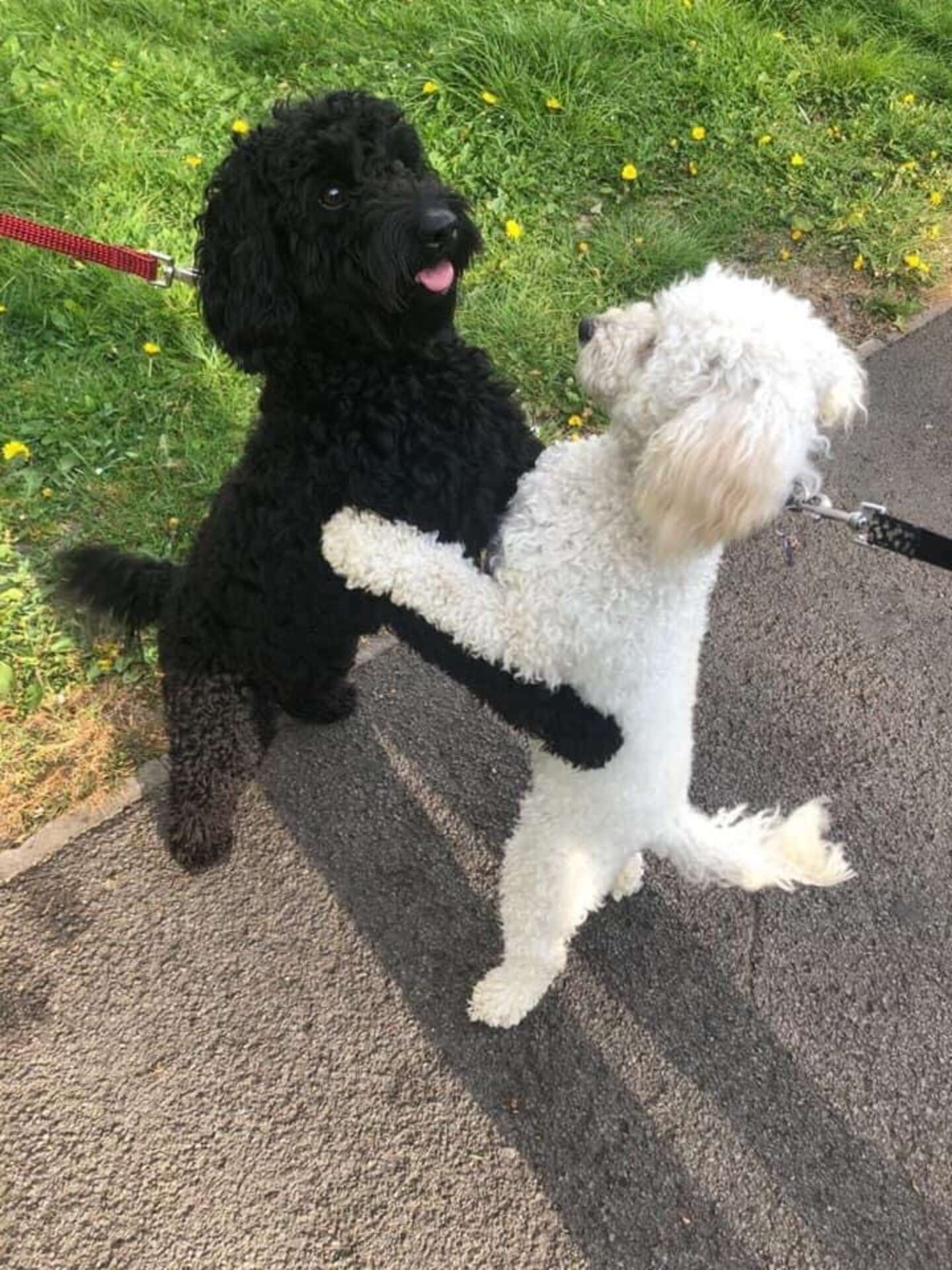 Last June, Monty and Rosie, two pups from the same litter, were born. “There were six of them,” Rosie’s mother, Susan Killip, told The Dodo. “However, Monty and Rosie were always together.” 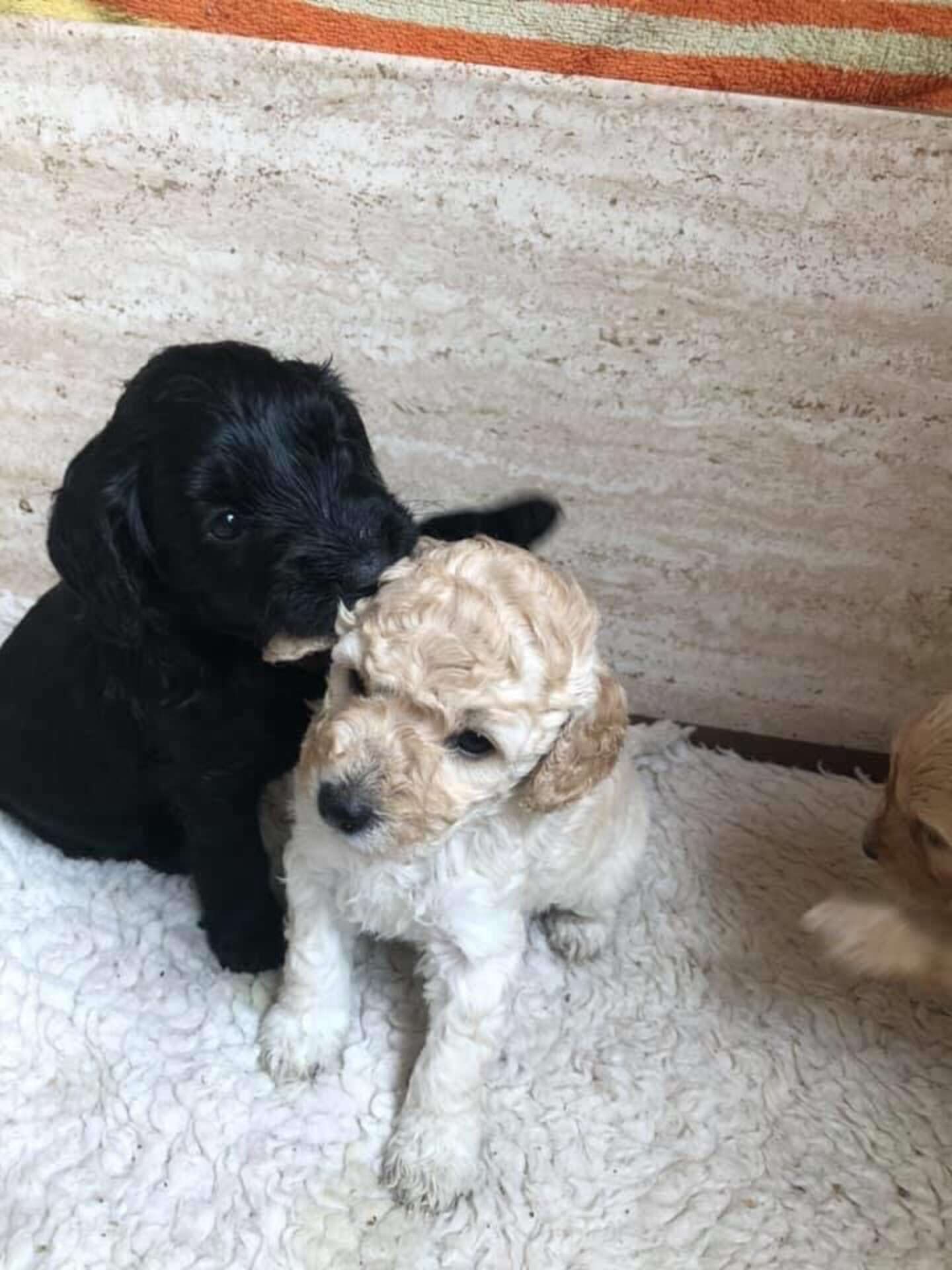 Early on, Killip’s neighbors in a nearby village adopted Monty and watched Rosie for a week, but the two pups lost contact after that.

That was, until their surprise meeting last month.

“It was very amazing,” Killip added. “They both just jumped up and held each other.” “It seemed incredible that they remembered each other after ten months apart.” 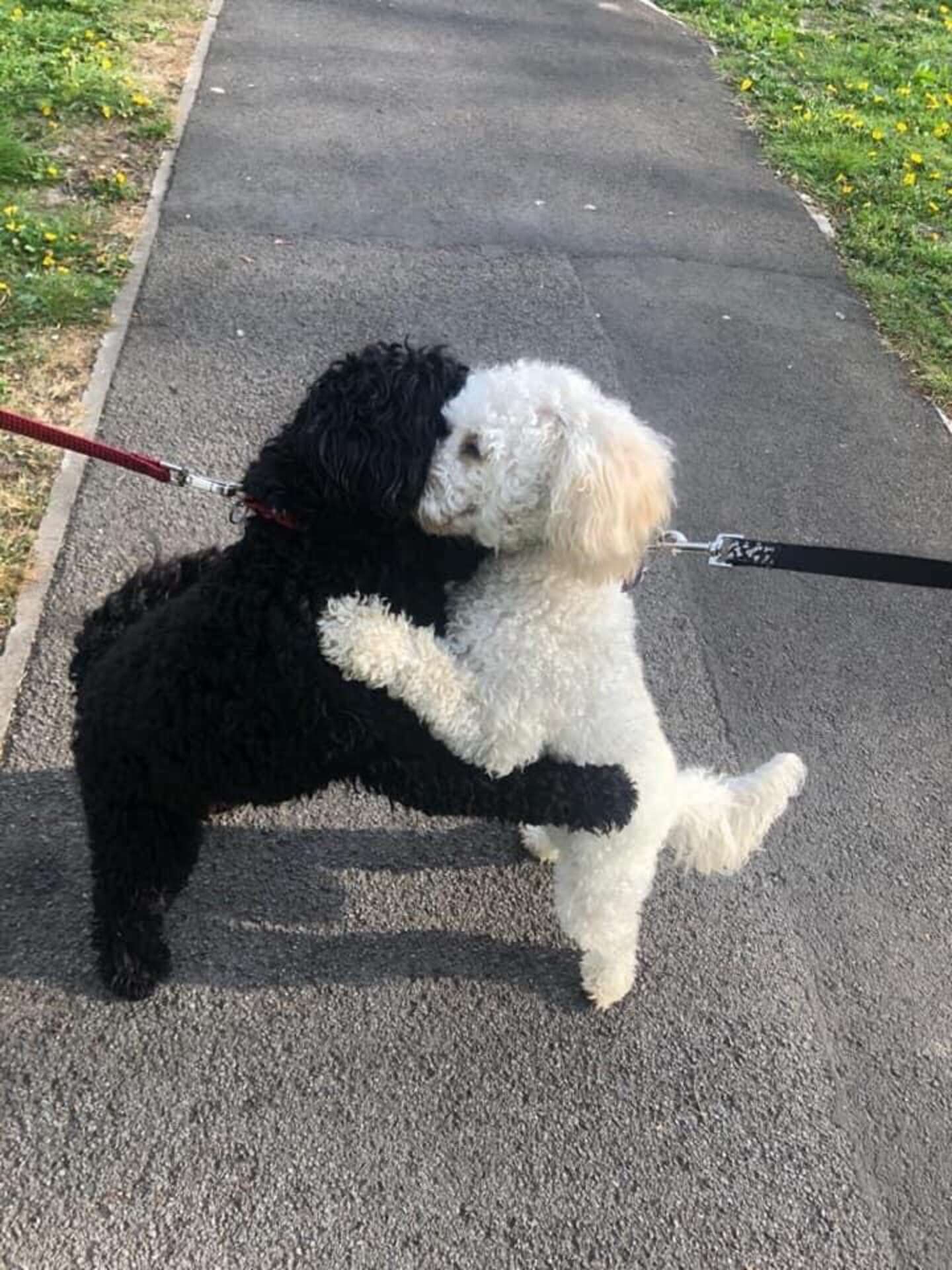 Libby Pincher shared the sweet story on Twitter, where she documented a discussion with her father that has since gone viral.

“So, Dave was out walking his dog, and there was a couple going towards him with a white version of his dog,” her father wrote of the sweet unexpected encounter. It turns out they are siblings from the same litter. But, instead of playing with other dogs, have a look at this.”

pls look at what my dad sent me this morning I cannot even😭❣️🐶 pic.twitter.com/QTy5J8uEwZ

While there is still controversy about whether dogs can remember their littermates, Killip and other Twitter users believe the two puppies remembered each other.

It’s also possible that dog siblings react affectionately to one another because they recognize something comforting or familiar in the other. 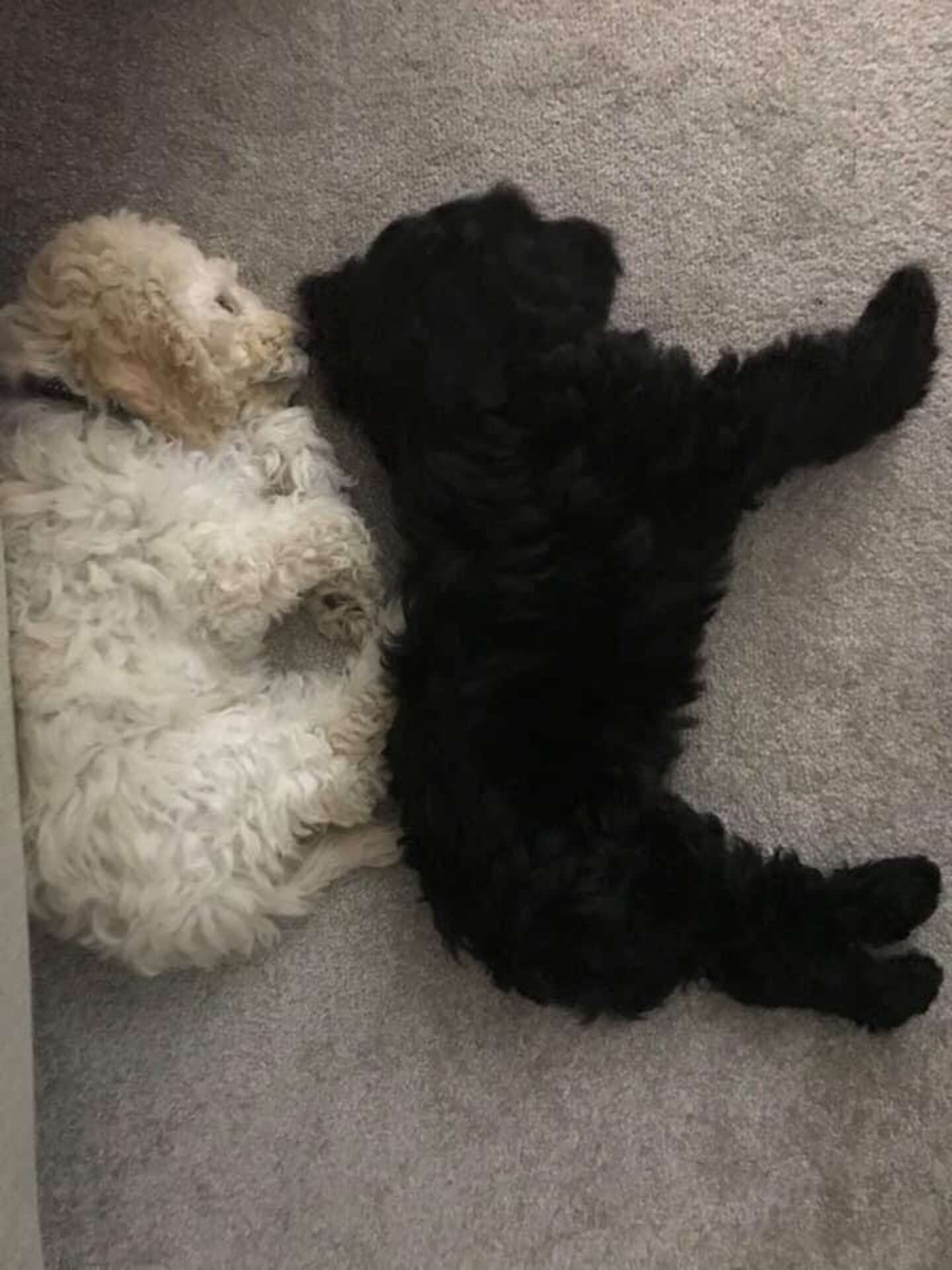 According to Tufts University, “dogs of the same breed generally gravitate toward each other.” “What we know is that the fragrance of another dog lingers for a long time on a dog… But we’ll never know for sure whether the dog is processing the fact that it’s a family connection.” 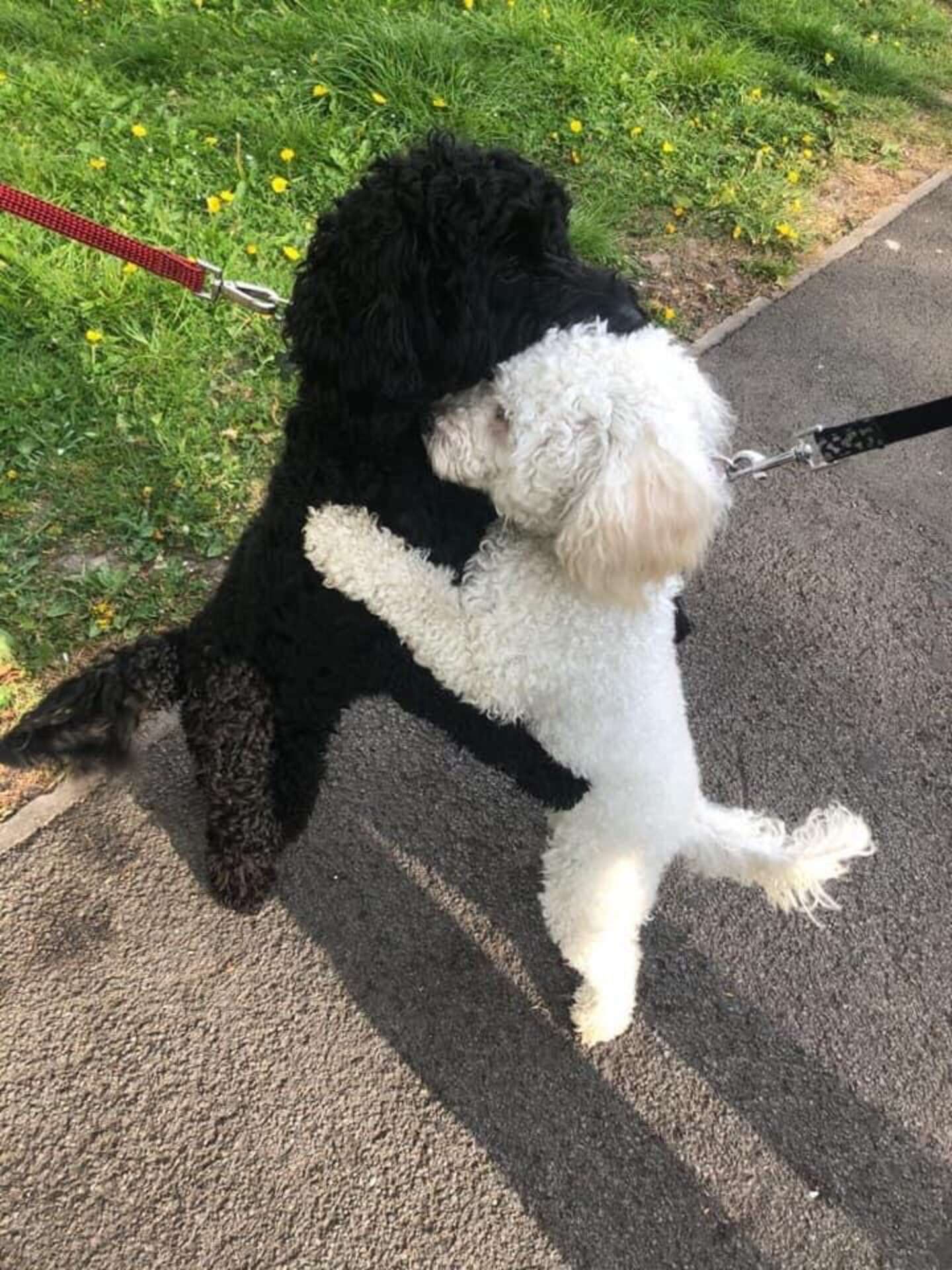 Whether Monty and Rosie realized they were brother and sister, they now know someone extremely special lives nearby. And, once the coronavirus restrictions are gone, their parents will make sure they see each other.

“We will keep in touch,” Killip said. “It’s a bit difficult at the moment, but after this is all over, we’ll be having doggy walkies together.”