Willie-Jean is a sweet-natured cat with an even sweeter personality. There’s no way around it.

However, a recent image taken at an inopportune moment seemed to turn her into something totally different. 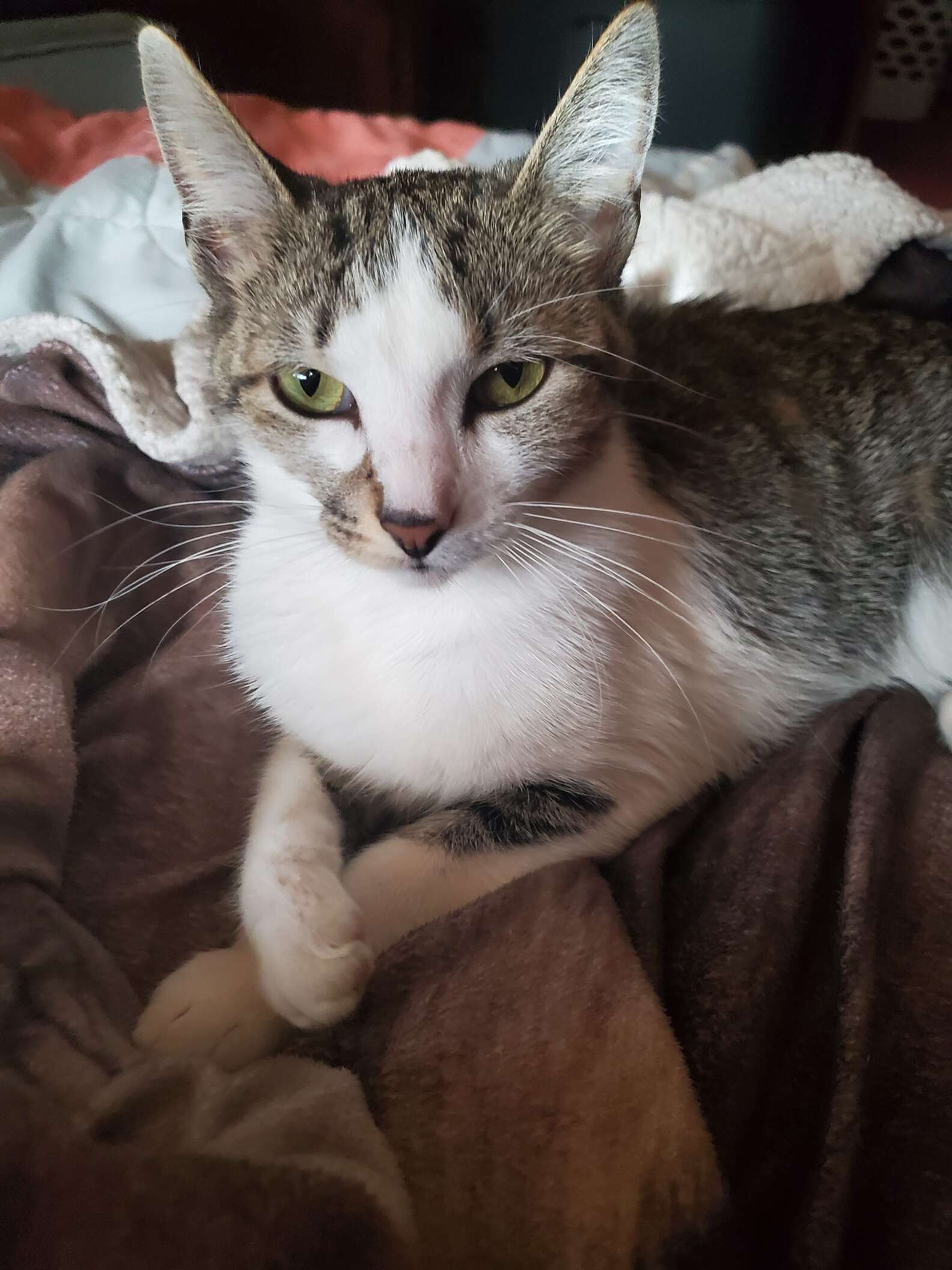 The other day, Willie-Jean was hanging out at home with her owners, Tiffany Miller and daughter Sydney, when things took a strange turn. The curious cat had randomly decided to hop up on a windowsill over the kitchen sink. Then something caught her eye.

It led Willie-Jean to strike an amusingly awkward pose. 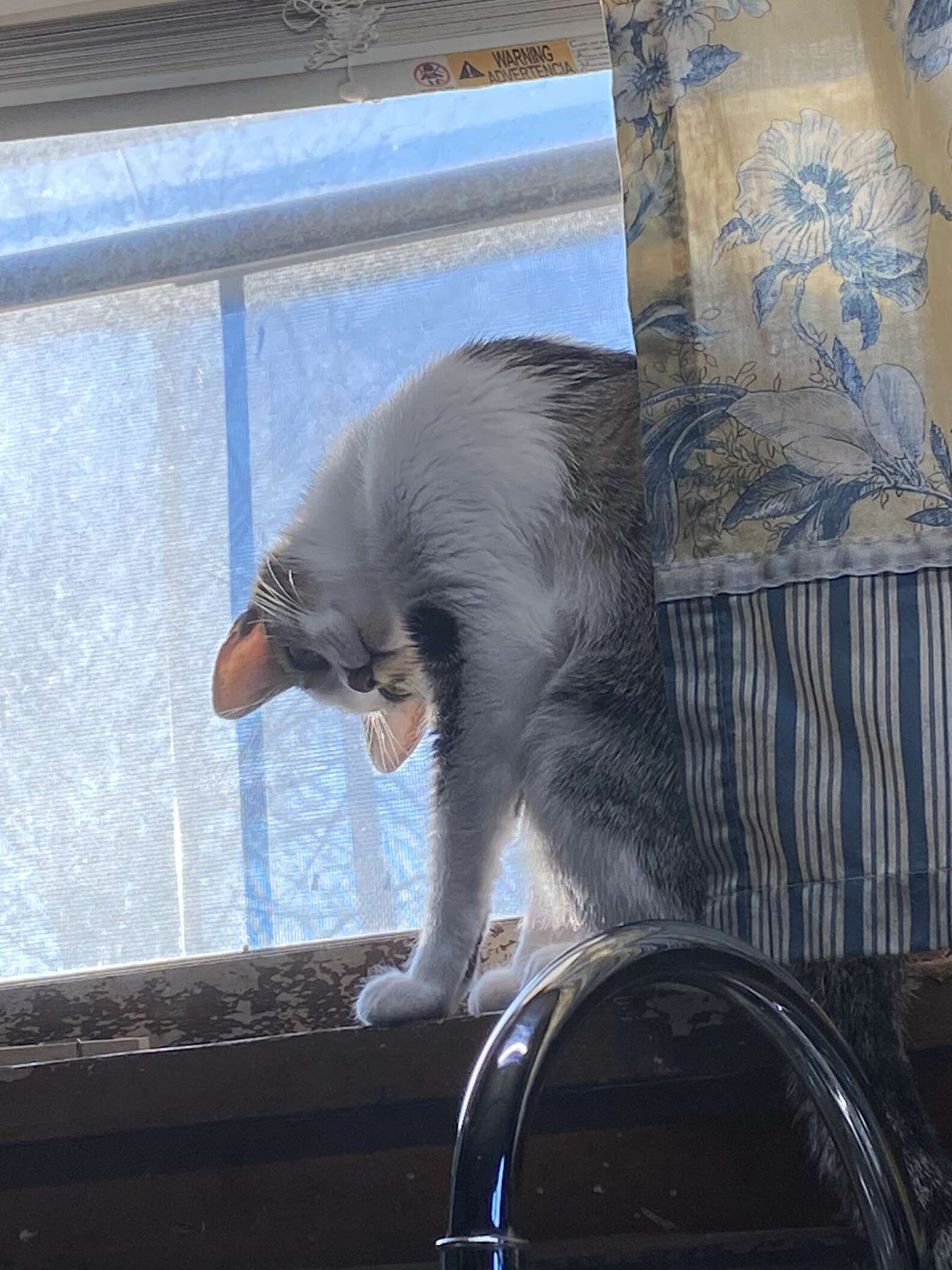 Willie-Jean let out an enormous yawn as she continued to stare, her head still upside down.

The adorable cat appeared to be more of a terrifying monster at that time. 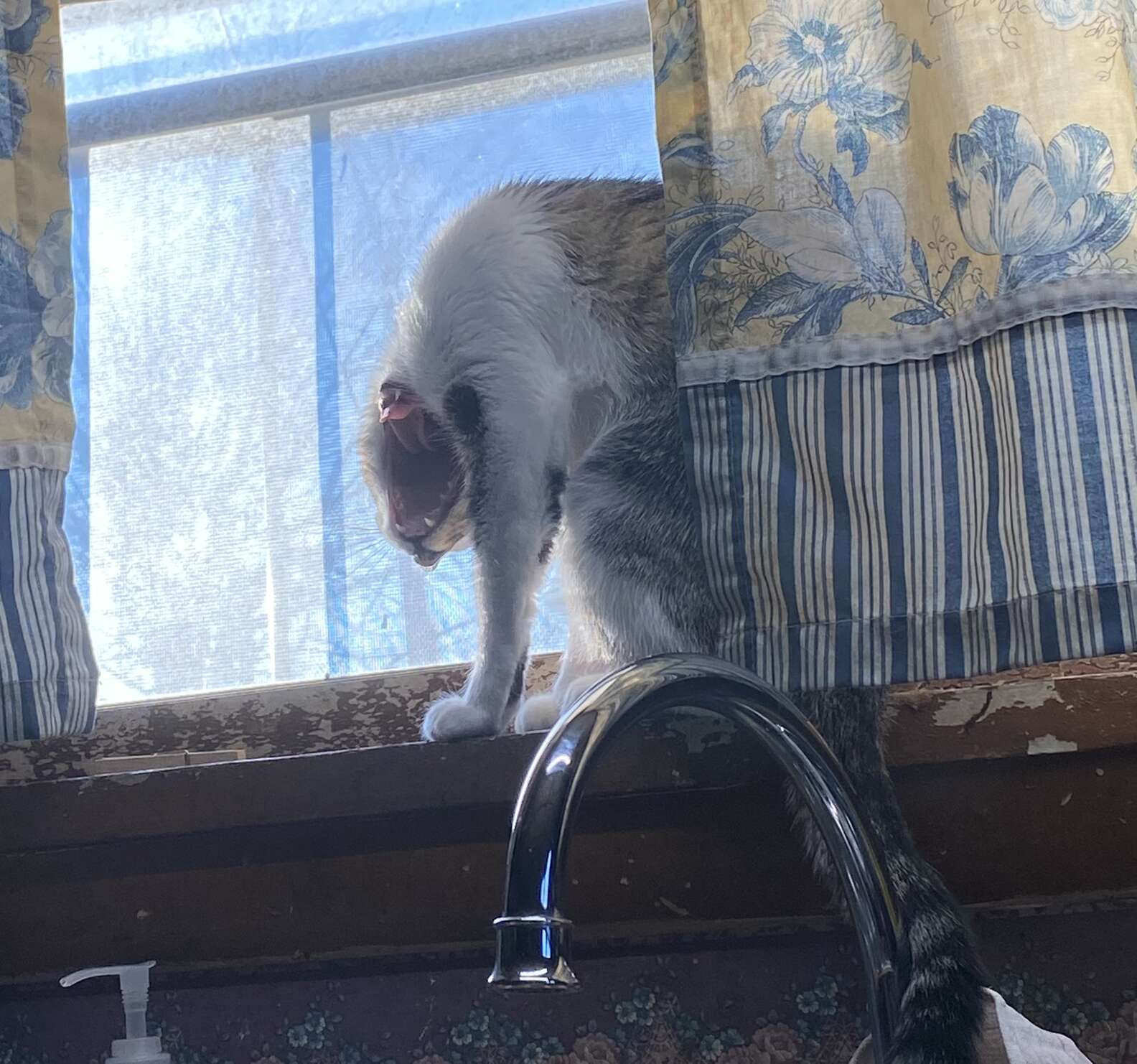 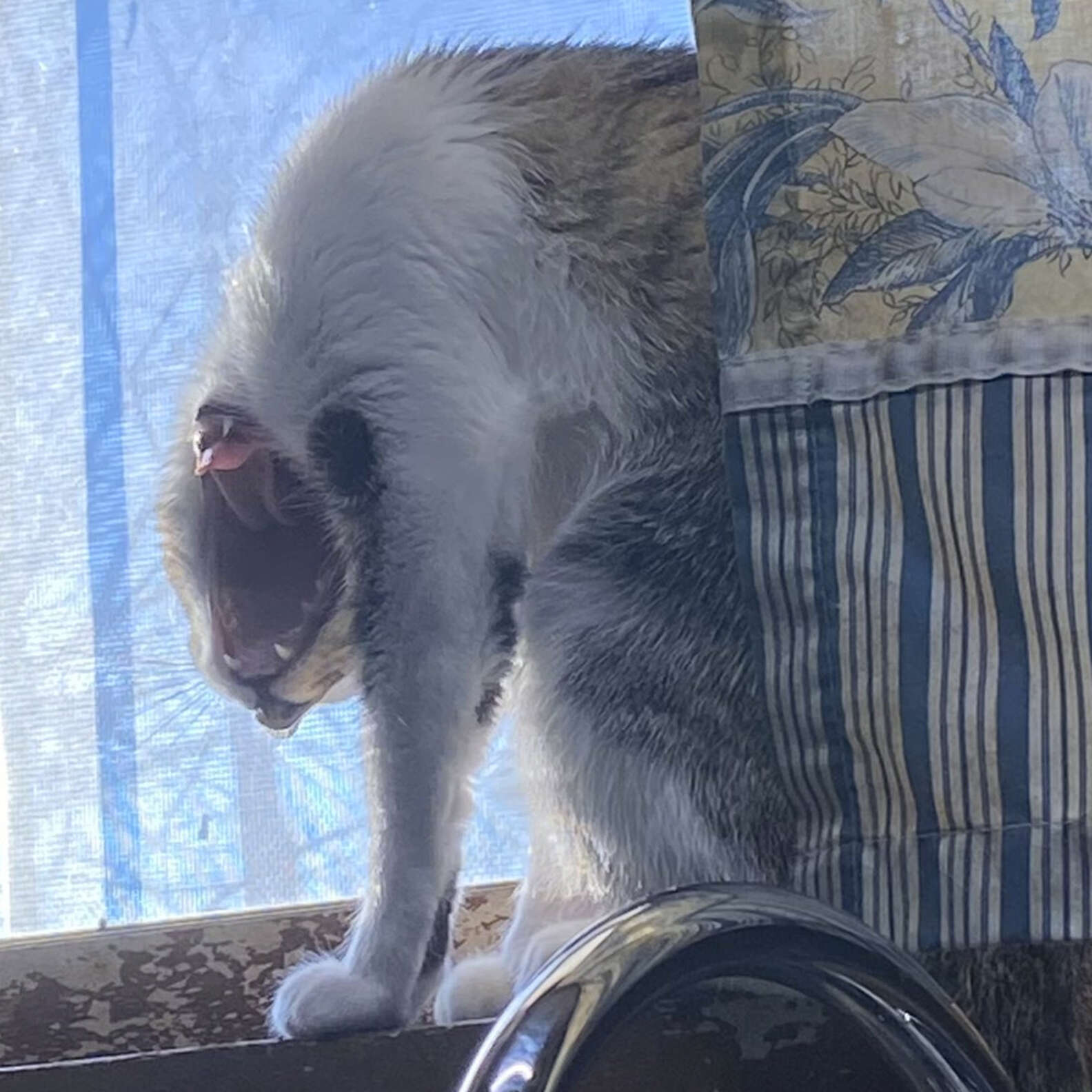 But, thankfully, Willie-Jean immediately reverted to her cute nature after taking on that demon-like shape.

“It was just out of the blue,” Miller said.

Willie- Jean has no idea that the uncomfortable photo exists, much less that it has being circulated online. Miller, on the other hand, does not believe she would mind.

Miller replied, “She’s a little diva, honestly, so I believe she’d like that,” adding that she knows the truth about her cat. “She’s the one I’m talking about. She’s a real mama’s daughter.”