A lady heard weeping coming from her garden on Valentine’s Day. She discovered an orange cat standing in the snow, looking a little battered.

The cat pawed at the door and meowed as if asking for assistance.

she knew we weren’t taking adult cats and was trying to assist him.” “I instructed her to send him to our partner clinic so he could be assessed as soon as I saw the image because it broke my heart.”

She said, “His look stated everything that needed to be said.” “He stood in front of her door for a while, and he didn’t try to flee when I ordered her to grab him.” 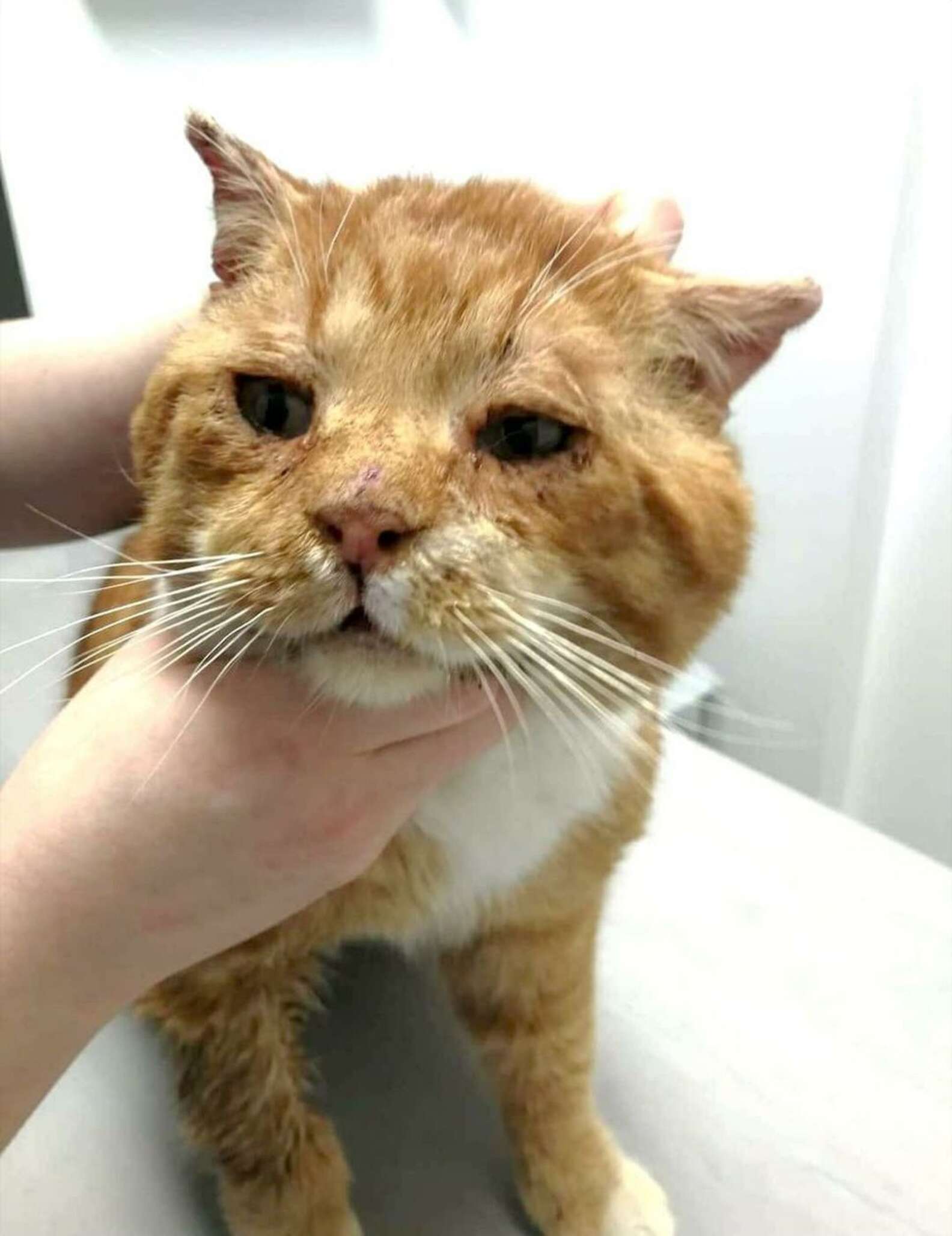 The vet determined that the cat did, in fact, require assistance at the clinic. He had frostbite, rotting teeth, and diabetes, and was covered with bite wounds, fleas, and ticks. Simard understood that if the stray hadn’t sought the help he so urgently needed, he wouldn’t have survived another cold winter. 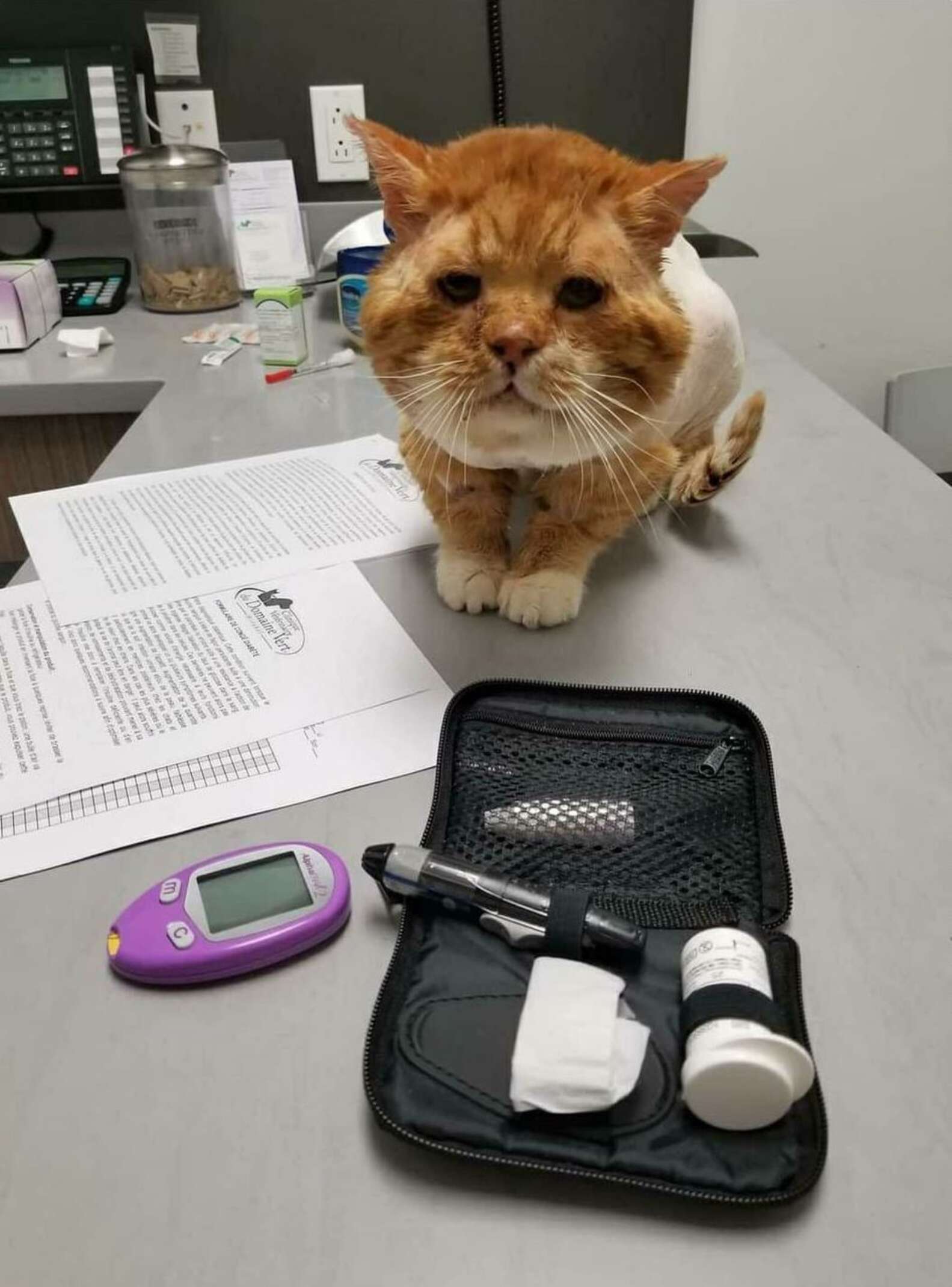 Despite his frailty, the cat was just relieved to be back in the company of humans. “He was quite courteous to the clinic employees,” Simard added. “At the vet, he would take his paw out of the cage so others could pat him.”

Simard gave the cat the name Aslan, after the lion from “The Chronicles of Narnia.” Aslan’s health recovered after a few days in the clinic, and he was placed in a foster home, where he soon made friends with his new mom’s cats. 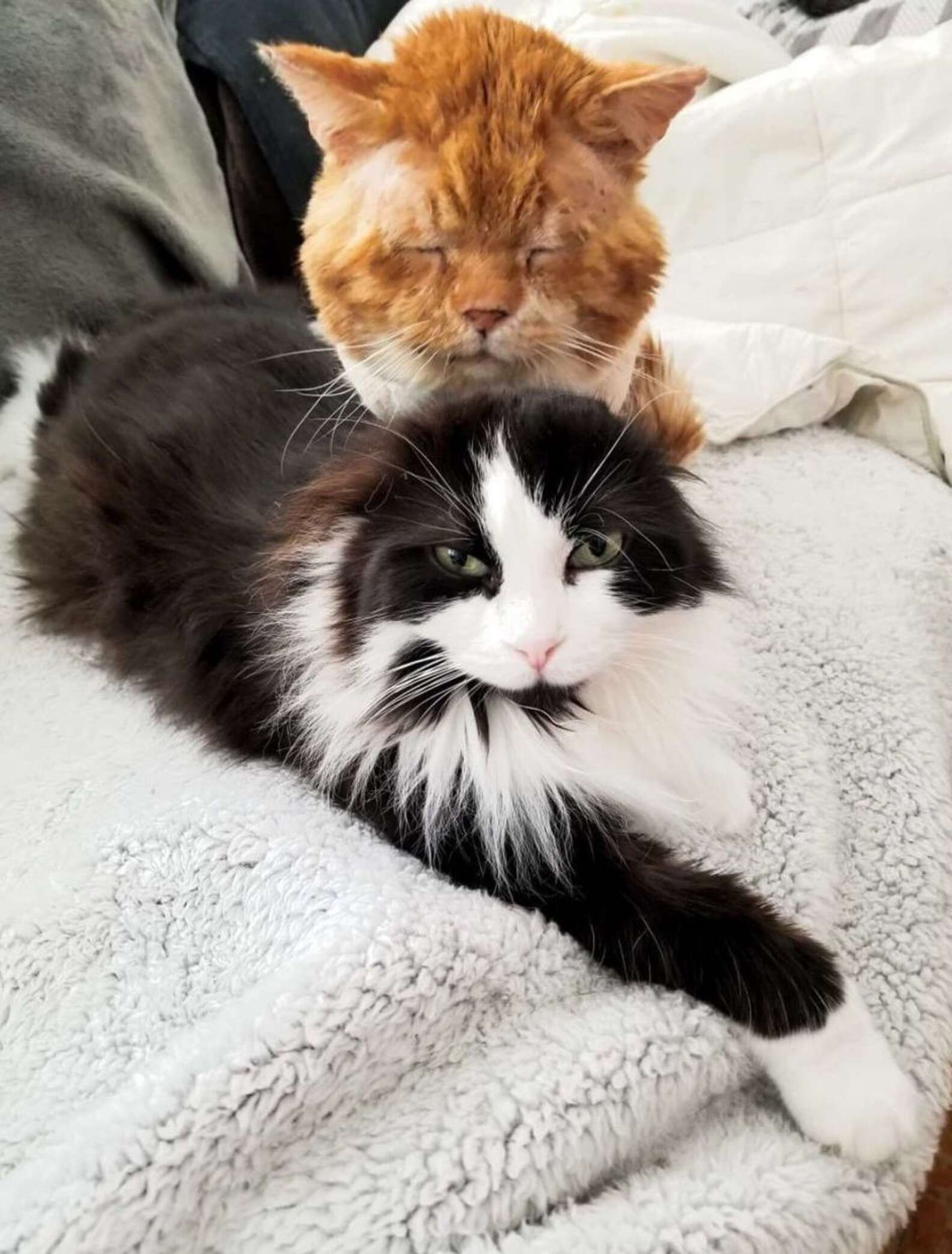 Aslan made sure his foster mother knew how grateful he was to be safe and warm every day.

Simard described him as a “really loving cat.” “He like to sleep near his foster mother.”

When it came time to find Aslan a permanent home, his foster mom couldn’t bear the thought of separating him from his new sister, Cleo, a fellow rescue cat. Simard explained, “He would just lie next to her, groom her, and she would groom him.” “It seemed logical to keep them together – they were two rescue cats who had had a difficult life.”

After a year, Aslan has proven to be the finest Valentine his family could have imagined.