Gonzo has been with his family since he was a kitten, and he has always been drawn to being outside, taking long walks in their yard, and always returning to them when they call. The family eventually agreed to let him hang out alone, and he was so moved by this act of trust that he began collecting things to give to his relatives.

Gonzo’s father, Dereck, recalls bringing home a tiny bird that was shocked but still alive after he had just been enjoying the garden alone for a few months. It was promptly taken by his wife, who was taken aback.

According to Dereck, who spoke to The Dodo:

Gonzo was terrified (and me, and the neighbors). We left the bird outside for a minute or two, and it flew away. Gonzo appeared to take that reaction seriously, because everything he’s brought home since then has been inanimate items.

Cat goes around collecting ‘treasures’ and bringing them to his folks. 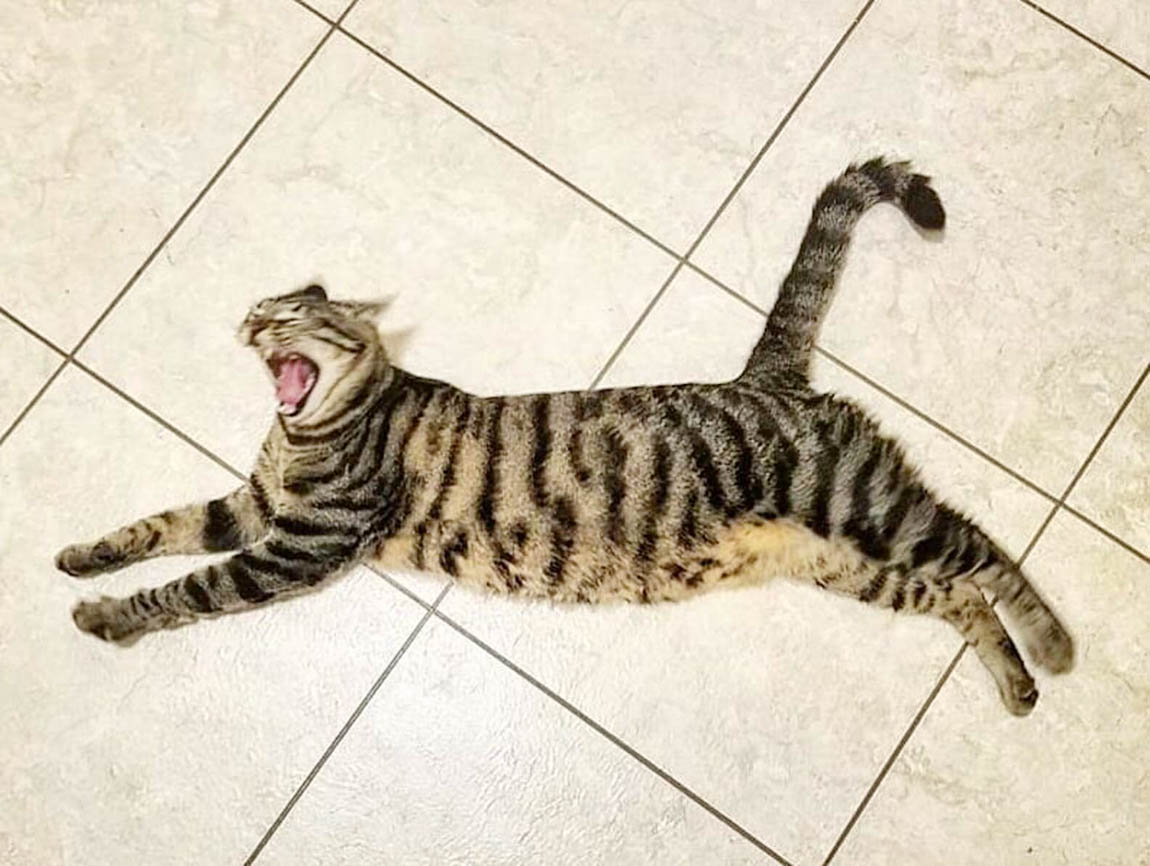 Gonzo became more inventive as he realized that bringing other animals as gifts was not an option, and he only picked up what appeared intriguing or distinctive to carry home to his parents; it typically came with garbage that someone had thrown away.

There is an abandoned storage space beneath the apartment building where they live. As a result, Gonzo decided to turn it into his own gift shop, where he has unearthed a plethora of fantastic finds. 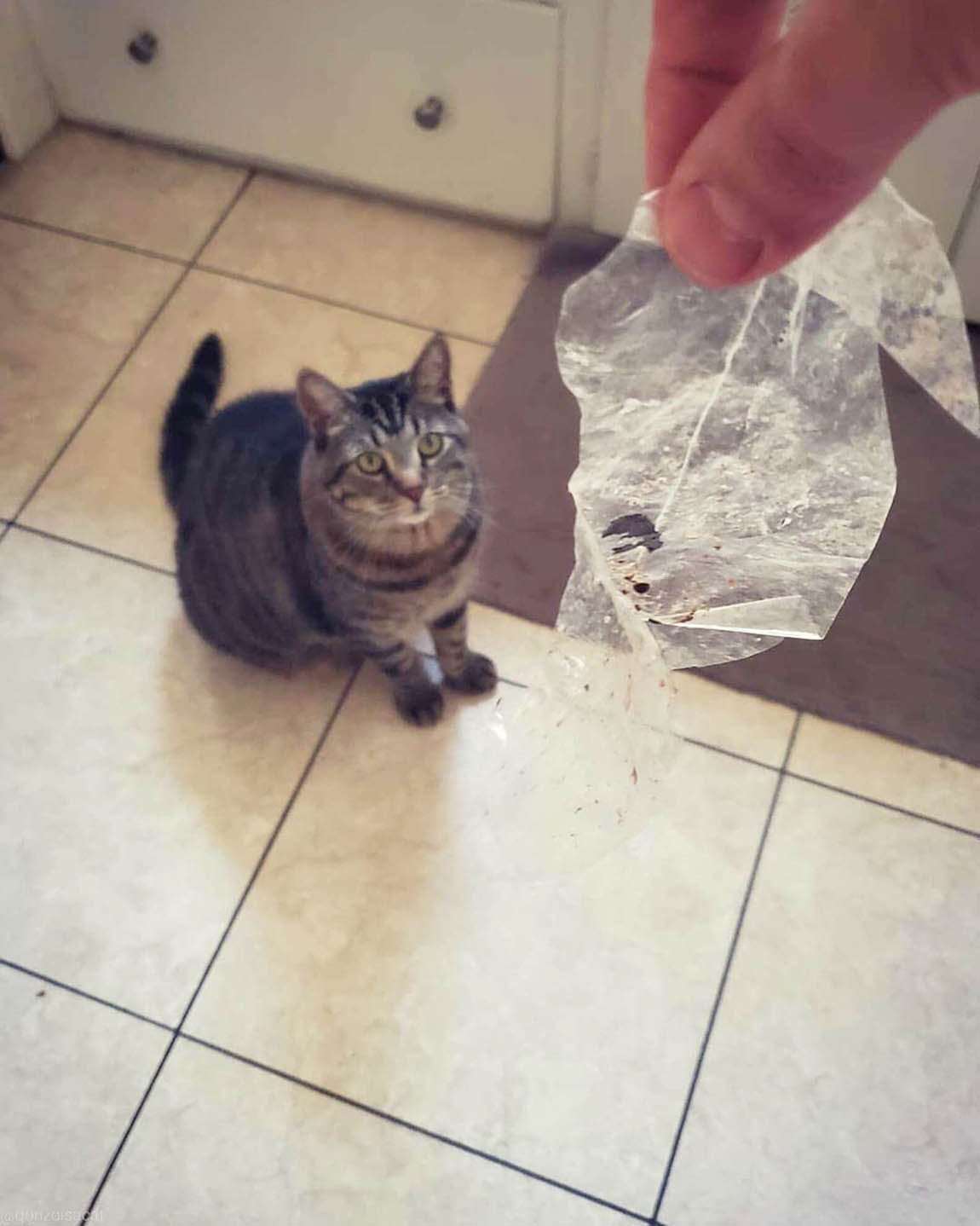 When the adorable kitty goes on his daily walk, he typically brings home a rubbish present or two, sometimes nothing, and other days he surprises with varied goodies.

He now holds the record for most consecutive days with nine. From [the storage room], he gave us the center page of an old Playboy magazine and an old lightbulb in a box. He once brought in some brand new plumbing components from a building site that were still wrapped in plastic. I returned them to the employees, who were perplexed when I explained how they had ended up in my hands. 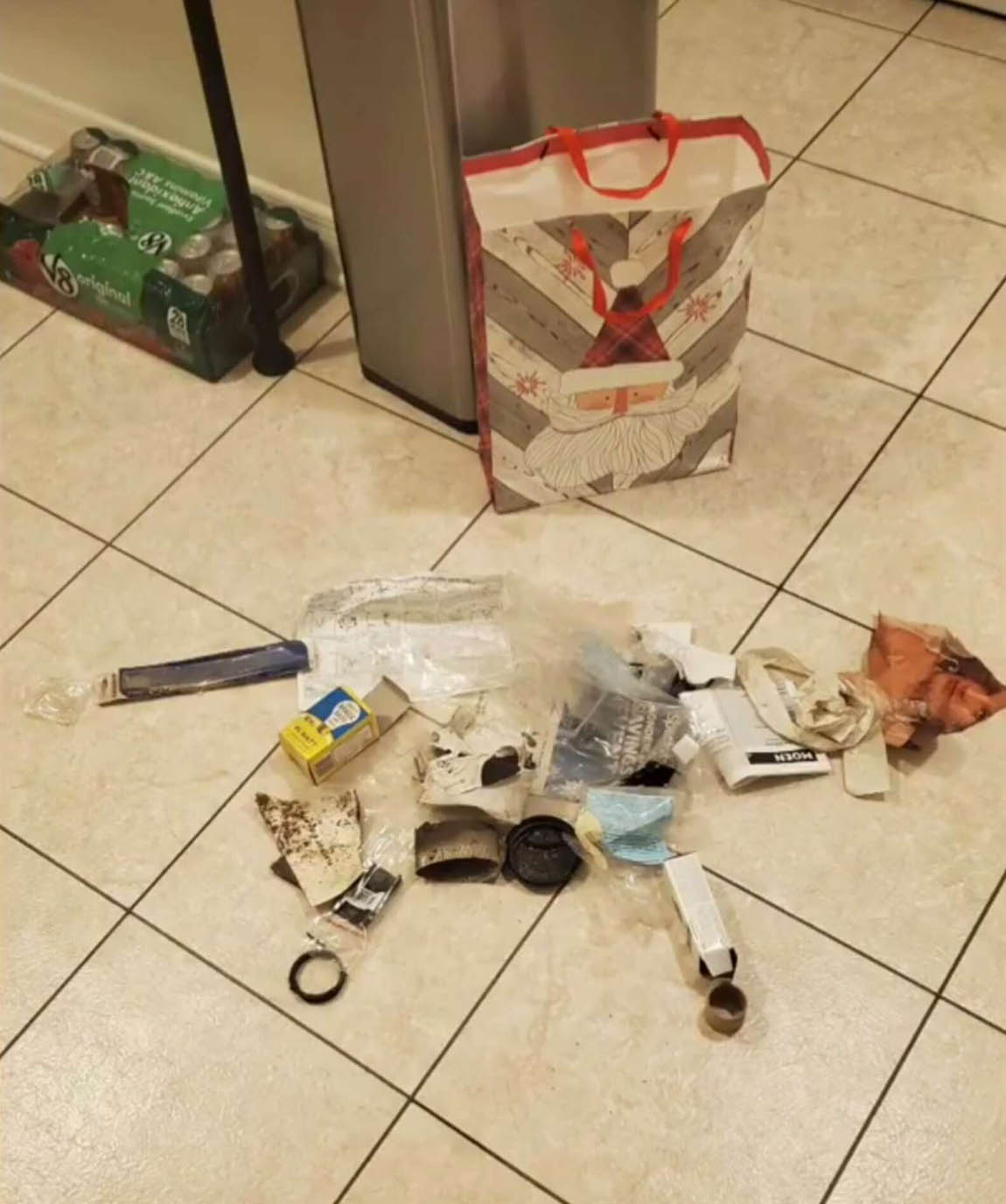 Gonzo brings home a lot of unusual trash presents, which makes his parents wonder about all the adventures he has while he’s away from home. The pair wanted to see if there was any way to track what he was doing and where he went during the day, so they devised a plan to install a camera on their cat.

“My wife and I discussed it and decided that learning more about what she was doing would be beneficial. Even though he clearly enjoyed being outside, we would have considered making him an inside cat if he had been killing wildlife, getting himself into perilous circumstances, or eating strange foods. 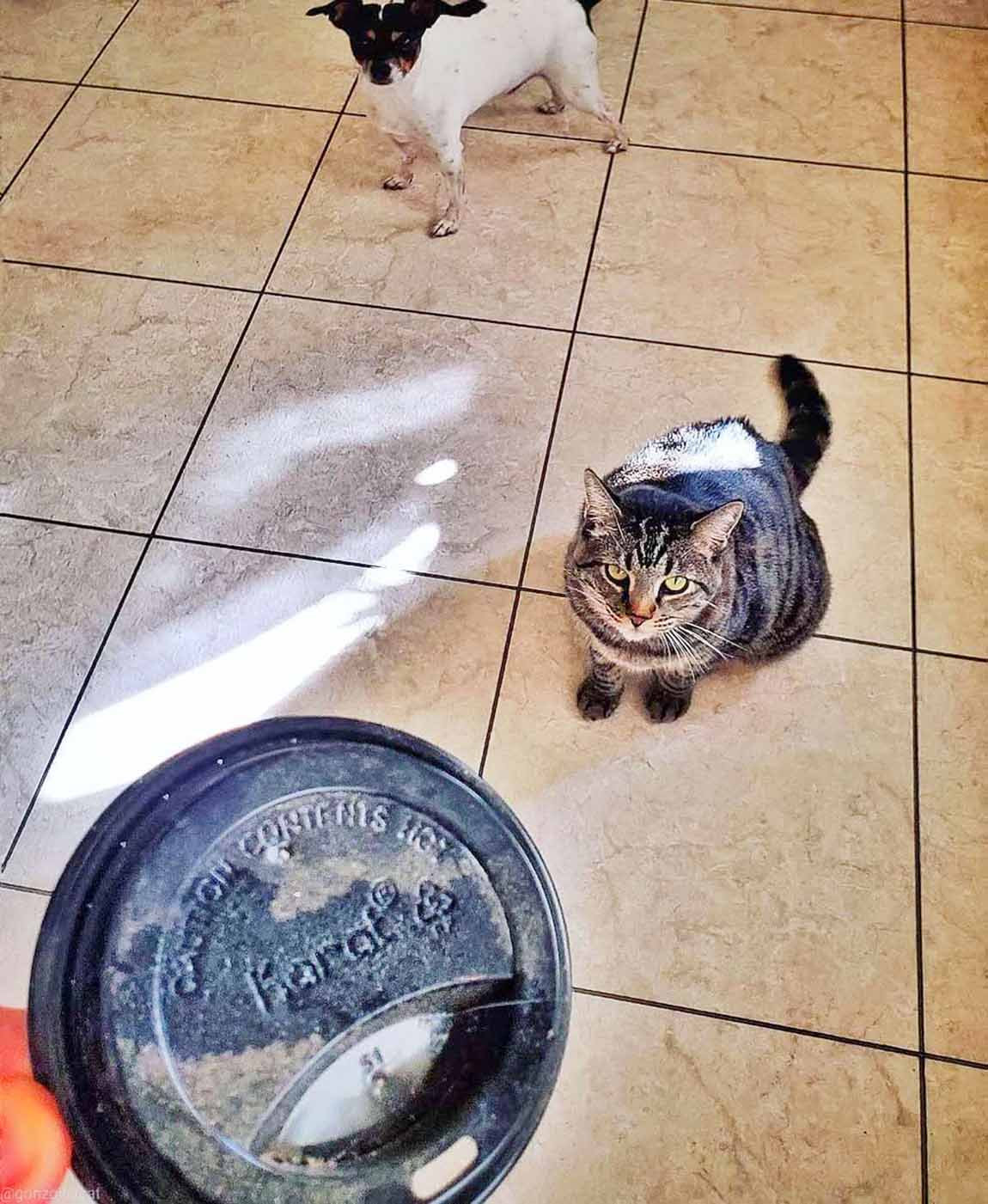 As a result, Gonzo’s family started wearing the camera collar on him from time to time to keep an eye on him when he was out walking. However, glancing at some of the photos on the camera has only made them adore their cat even more.

“The majority of the photographs he takes are of him sleeping in the woods. He did, however, provide photographs of his meeting with some newborn possums on the second day. When we initially looked over that, we saw he was really frightened. But after that, he just sat out with them in peace. He was also extremely charming and interesting, which we enjoyed hearing from him.

Gonzo’s family likes viewing pictures of him selecting his trash gifts. It’s interesting for them to see how you pick your presents and where you locate them. The tabby’s everyday schedule includes selecting gifts for his or her family.

Gonzo’s family enjoys knowing about their cat’s daily activities, but they do not advocate that everyone install a camera on their cat. They’ve found a safe solution, but it’s not the greatest option for all cats.

Gonzo is a one-of-a-kind kitty that knows his way around the vast outdoors. By looking at your photos, your family has deduced that you know how to be safe. She also understands how to keep other animals safe, and her expertise is procuring unusual presents for the individuals she cares about.

On Gonzo’s TikTok account, you can learn a little more about his exploits.