This couple decided to have their wedding ceremony held at the Minnesota Zoo and ended up with some genuinely spectacular wedding photographs, including getting hilariously photobombed by a Russian grizzly bear. 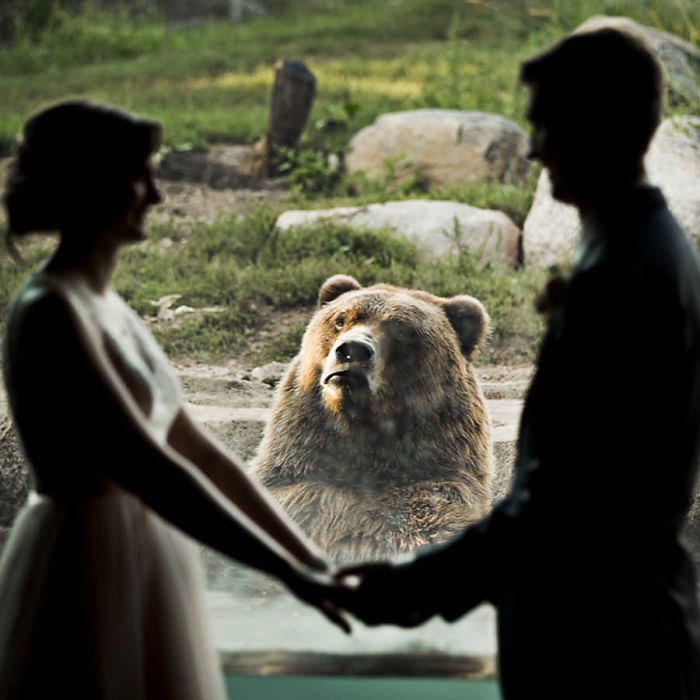 The wedding pictures, taken by Chris and Kristy Photography, have since gone viral as people can’t get enough of the bear’s outrageous facial expressions, the funny animal looks thoroughly unimpressed with the situation unfolding in front of it! “The pictures were the photographer’s idea,” the groom explained. “They said it was very fortunate to get a picture with one of the local zoo animals; the animals typically go in for mealtime when we’re allowed to wander before the ceremony. This Russian grizzly bear was the only one kind enough to give us his ‘blessings.’” 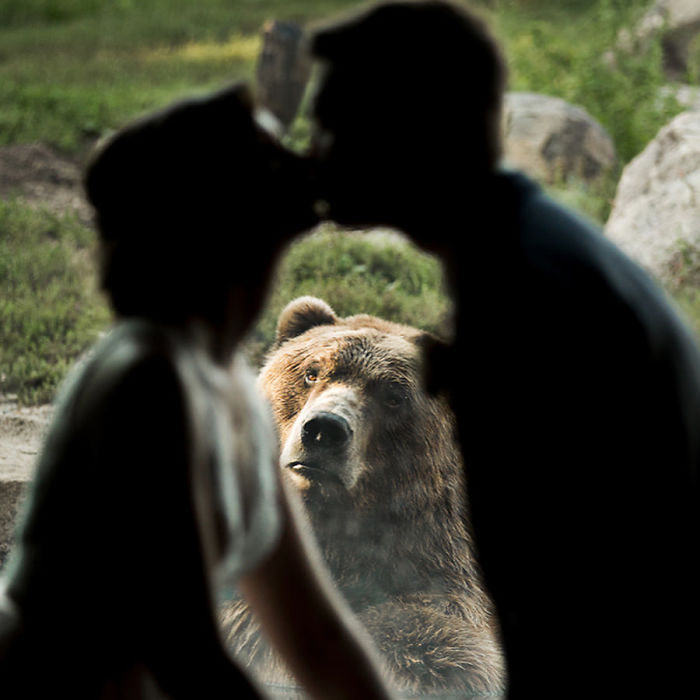 Perhaps this will start a new trend of zoo weddings? The groom understands people’s concerns about the way some zoos operated and made it clear that Minnesota Zoo satisfied his concerns about animal welfare at the venue. “There are some less than amicable zoos’ in the world that are like prisons,” he explained. “But I’d like to think that our chosen venue, the MN Zoo, is not among them since it’s state-owned and not a Zoo for the sake of profit. If I’m not mistaken, they also perform many functions critical to wildlife rehabilitation and preserving species approaching extinction.” 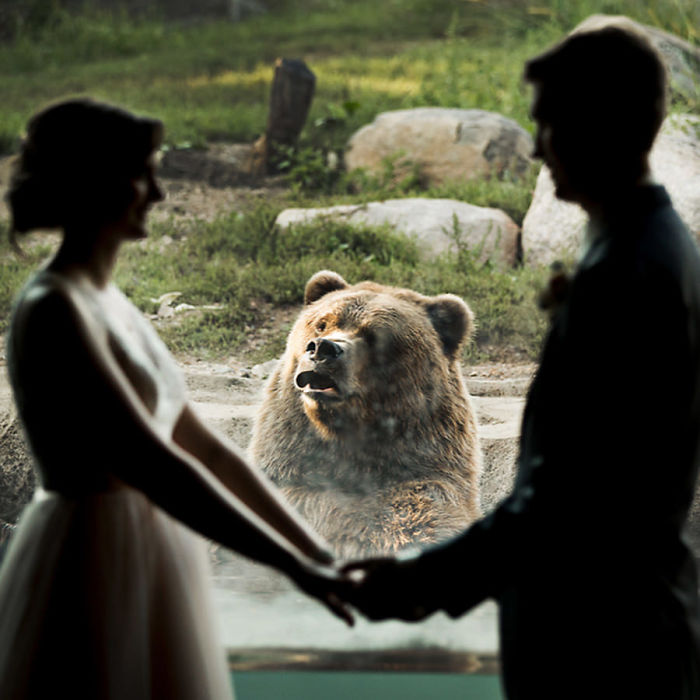