Meet Mercury. Despite missing his two front legs and all but one of the toes on his left hind leg, this inspirational survivor is just as rambunctious and playful as the rest of his pals. 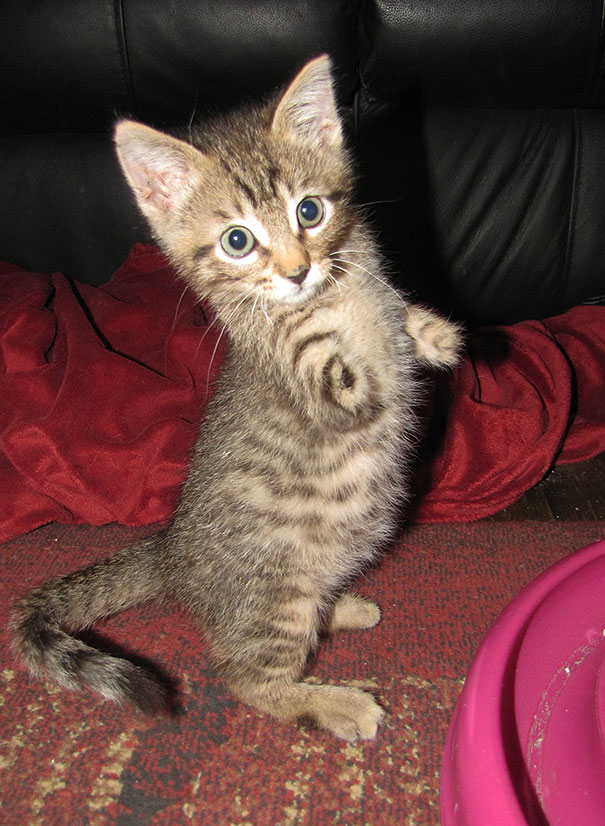 Mercury was found with his horrific injuries when he was just four days old – his eyes weren’t even open yet. 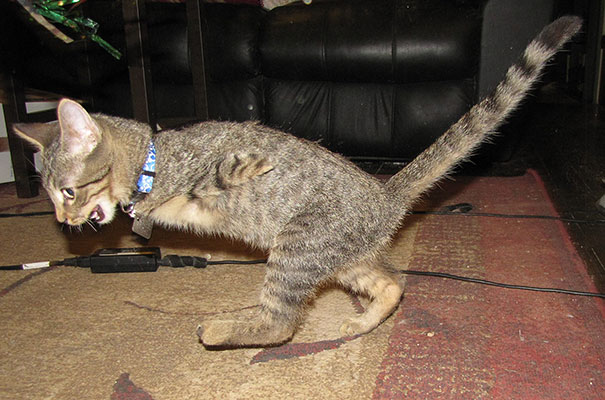 His owners suspect that he must have been injured by a weed whacker. After taking him to a vet, they continued to care for him and tend to his wounds. 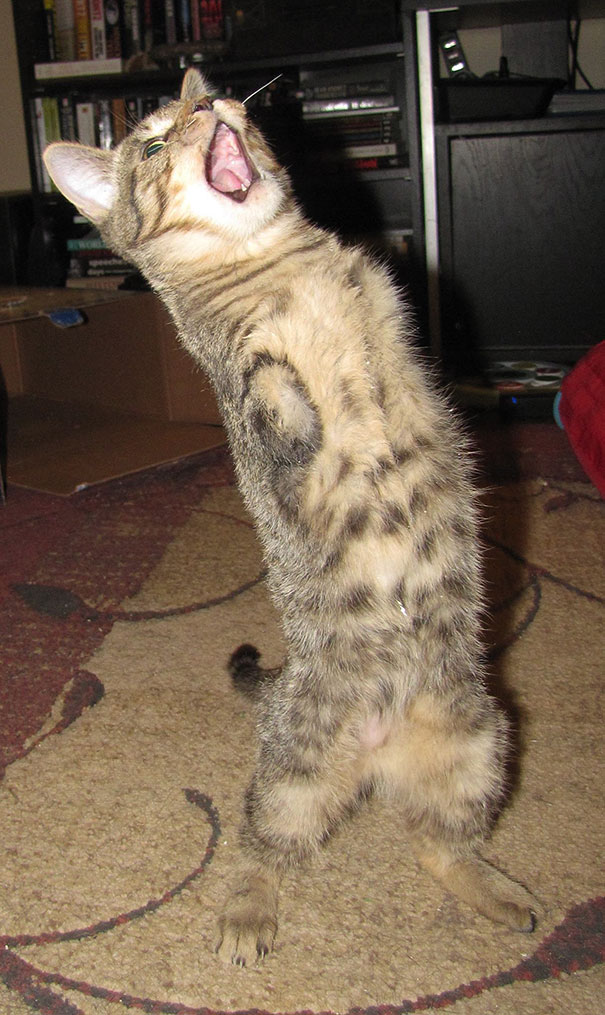 Mercury won’t be able to get prosthetics because he would need at least 40% of his limbs remaining. 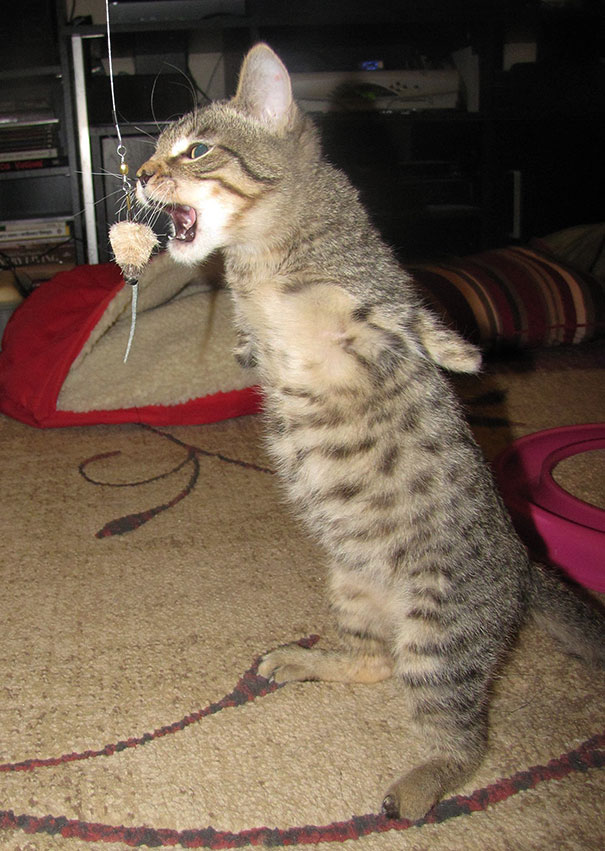 He may be able to get a wheel harness when he stops growing, but for now, it doesn’t look like his injuries are slowing him down much – in videos uploaded to his Raising Mercury fan page on Facebook, it’s clear that he plays just as hard as all the other kitties. 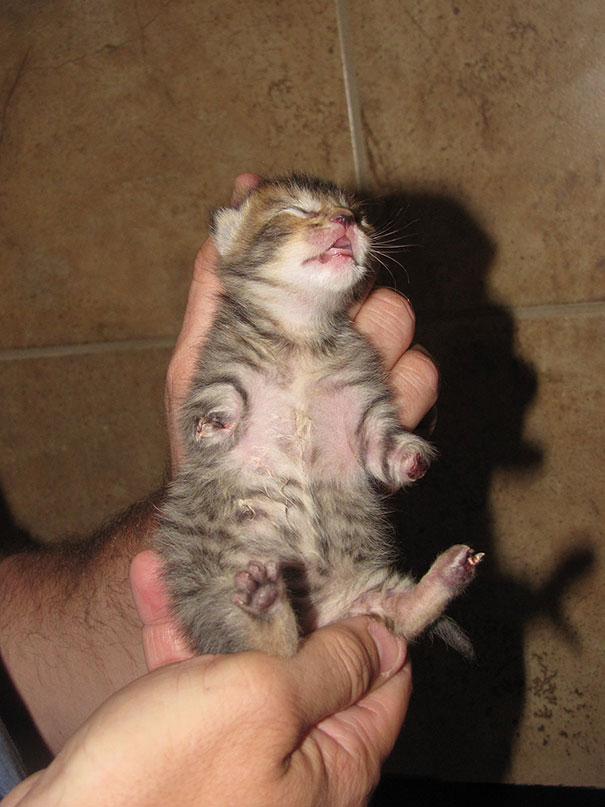