If there’s one thing that warms the heart for sure, it’s reading a story of an animal being rescued from a life of pain and suffering. One such lucky doggo is Ellie Mae who was neglected so badly that when she came to the shelter, it was nearly impossible to know what animal she was just by looking at her. 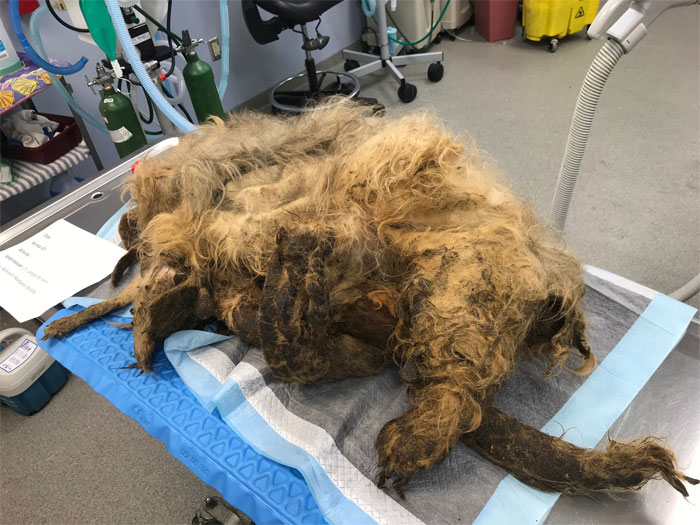 The Nebraska Humane Society gave Ellie Mae the dog a makeover that completely transformed her life. The canine was an unrecognizable tangle of messy hair, but after some love, attention and plenty of hard work, she was fresh and sparkling again. Stories like these really make you believe in the goodness of humanity once again. 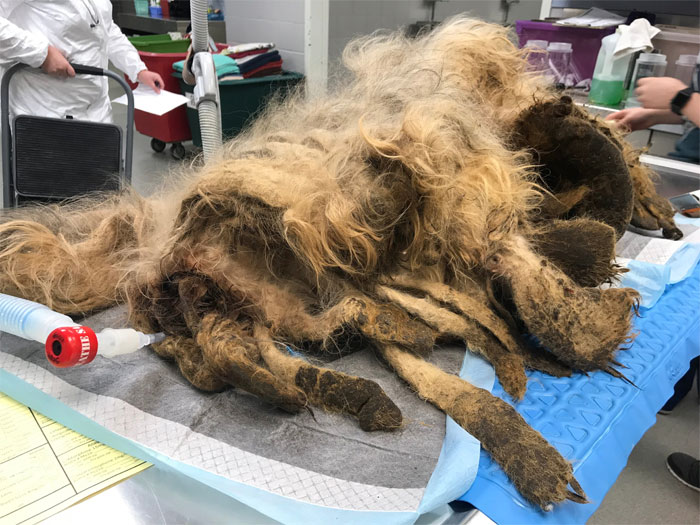 Ellie Mae got a second shot at life after staff at the Nebraska Humane Society (NHS, but not to be confused with the more widely known British National Health Service) cut her fur and treated her injuries. 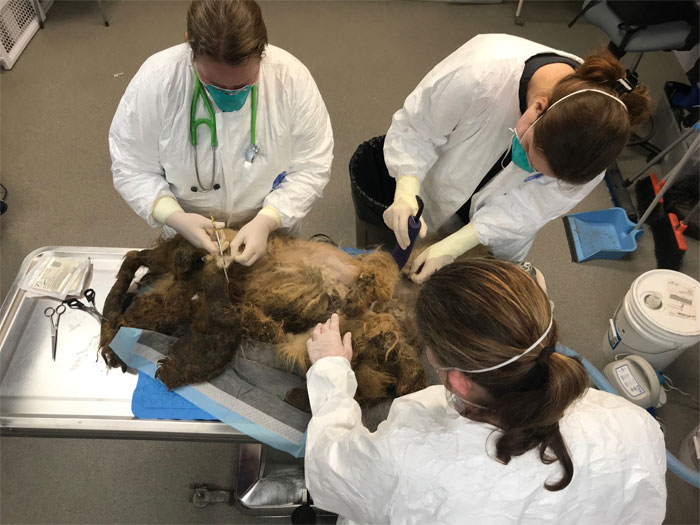 The doggo was neglected after her owner died, and couldn’t even move. The entire process of cleaning up Ellie Mae was long and arduous. But the most difficult part was helping her get her strength back because she had plenty of health problems, including a hernia, muscle wasting, and arthritis. 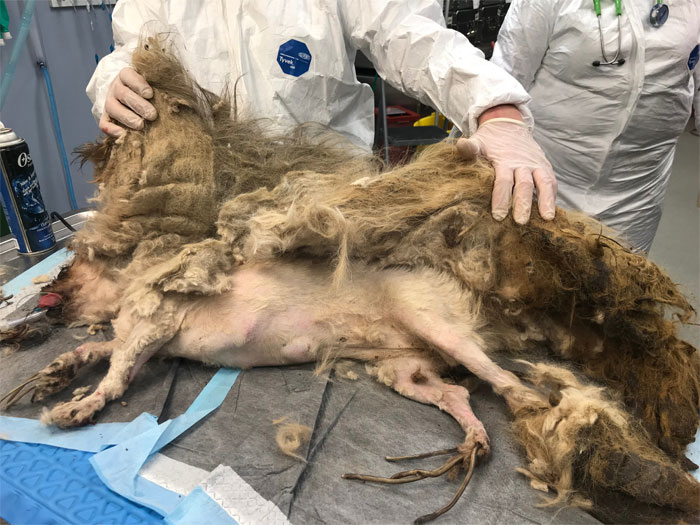 Bored Panda reached out to NHS to talk about Ellie Mae. Pam Wiese, an NHS representative went into detail about what happened. 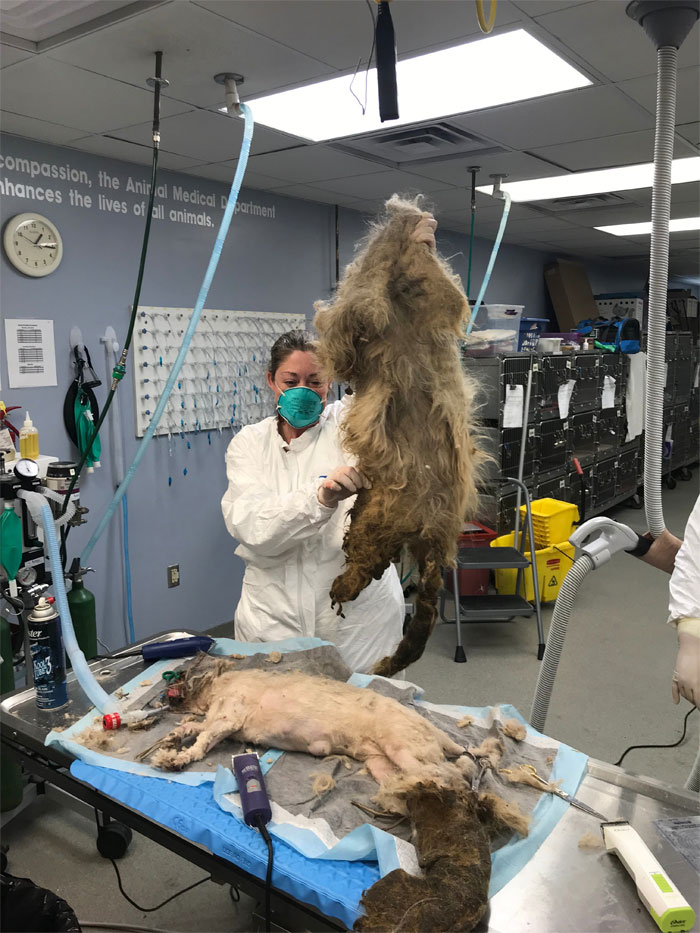 “The hardest part in helping Ellie Mae. She was so drastically matted that we had to put her under to shave her down. The drugs to do that are based on an animal’s weight, and we really couldn’t tell what she actually weighed… so our veterinary technician who made the estimate needed to be very careful. Because the matting was so severe, we had to shave very close to the skin. All three people working on Ellie were using blades normally used to prepare a surgical site. They are very sharp. So we had to be extremely careful to cut through the dense matting but not cut her. The process took just over an hour for three people!” 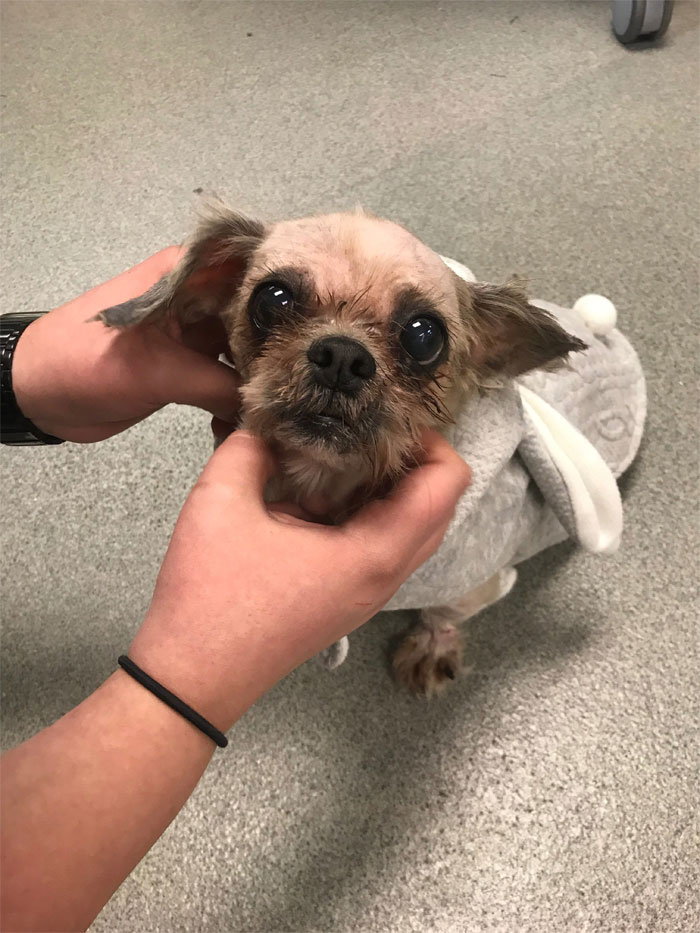 “We were dumbfounded at her condition when she came in. So were those who found her in the home after her owner had died. They had no idea she had a dog. They put Ellie in a storage tote to transport her to the Nebraska Humane Society because she couldn’t walk,” Wiese explained. “Our staff didn’t know what she was, or that she was even a living animal until her head moved. She was very uncomfortable. We zipped her into our medical area, figured out what anesthesia was safe and then looked for her face so we could intubate her for her clean up.” 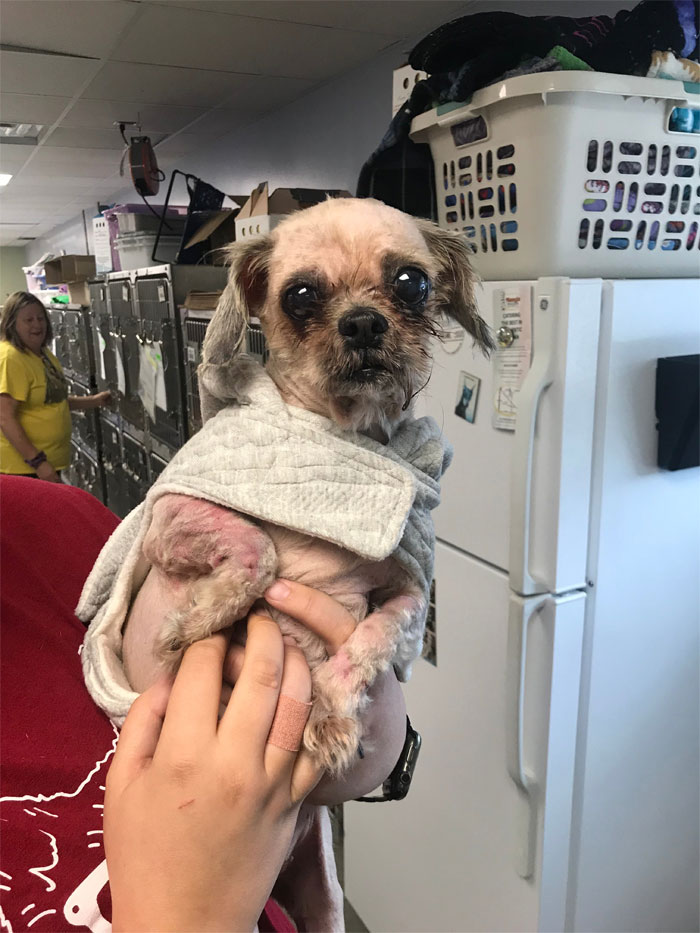 “After her clean up, we were amazed that she didn’t have more health issues. The hard shell of hair apparently protected her skin from infections and parasites. We’ve seen cases where the hair gets so tight it actually strangles the limbs and naturally “amputates” them. In those instances, necrosis and sepsis are very real concerns. In this case, after removing 9 pounds of hair from her 11-pound body, she was surprisingly healthy. She had good weight and a bit of arthritis and muscle atrophying, needed a dental, but she was up and moving the next morning. She is also the sweetest dog. She doesn’t have any issues with people or other easy-going dogs she meets. She’s extraordinarily resilient! And she’s very cute!” 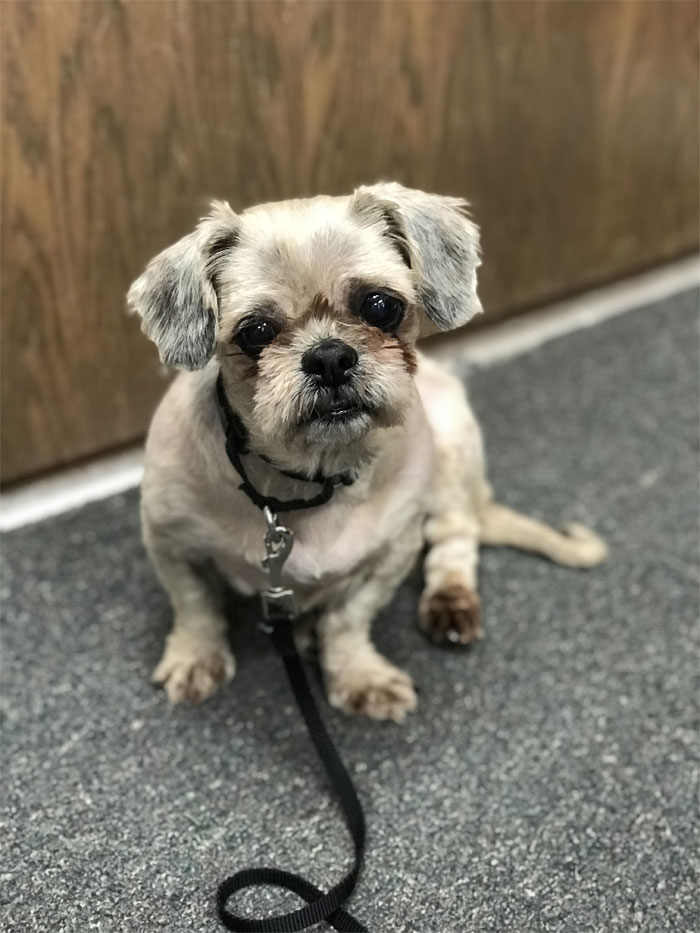 Wiese also had this to say: “NHS is an open-entry shelter that serves the Omaha Nebraska metro area. We take in around 25,000 animals a year (including strays, some of which go back home, and wildlife which goes to a rehab facility that specializes in wildlife.) We see matted dogs just about every day, however, Ellie Mae is the most drastic case of matting we’ve ever seen. We have had other cases that create more serious health issues for animals, but this matting and toenail situation was just extraordinary.”

“We are so sorry this little peanut had to go through such an ordeal, which was likely for an extended period of time. But we are so happy we were here for her and able to give her a second chance! That’s why we do what we do!”