Judy Obregon was driving to see her mother-in-law when she saw a dead-looking opossum on the road. Suddenly, the tiny creature lifted her head. Obregon approached her and saw that the opossum was not only injured (probably shot with a BB gun) but also pregnant. 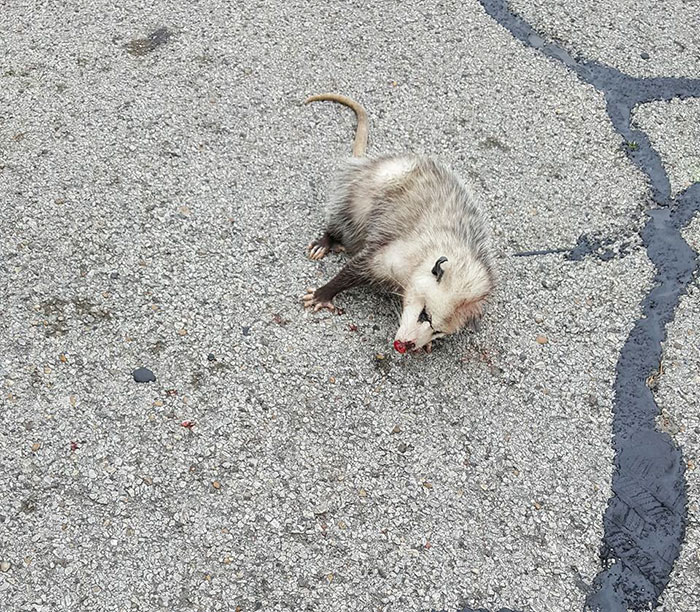 “I knew I could not walk away,” Obregon told The Dodo. She put the opossum in a box and took her to her mother-in-law’s house where she waited for Tabatha, a wildlife rehabilitator. “She has not tried to bite me once,” Tabatha said. “She knows I am here to help, not to hurt her. I think she has a very good chance.” The fragile opossum was scared but clung to Tabatha’s husband for safety. 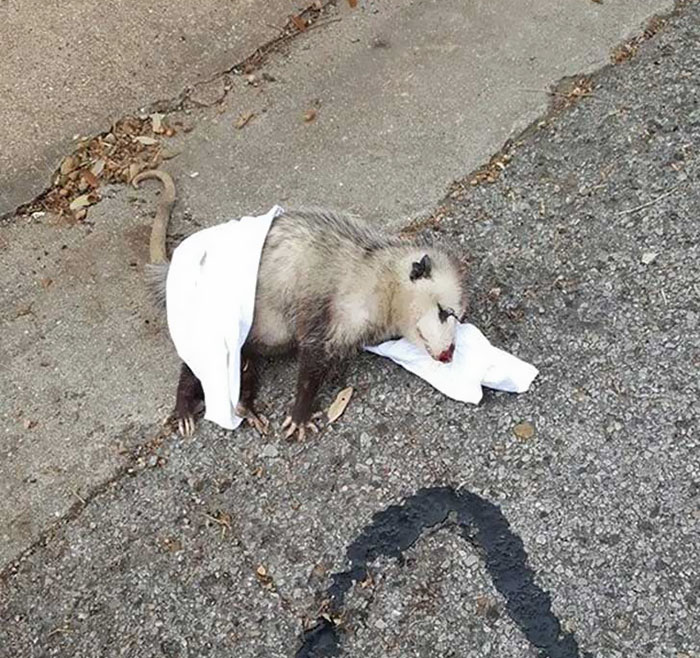 Rescuing the opossum, later named Angel, was “not one of my typical rescues because I rescue dogs and cats,” Obregon, the founder of animal rescue in Fort Worth, Texas, said. 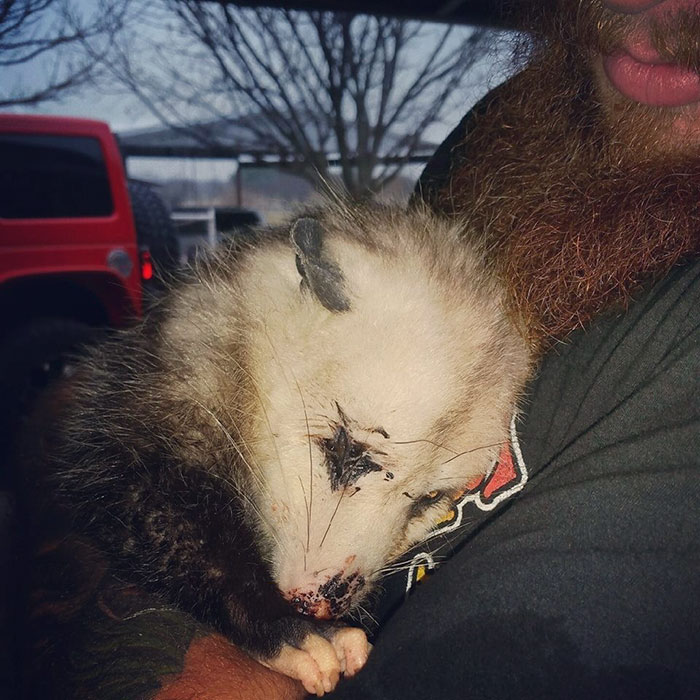 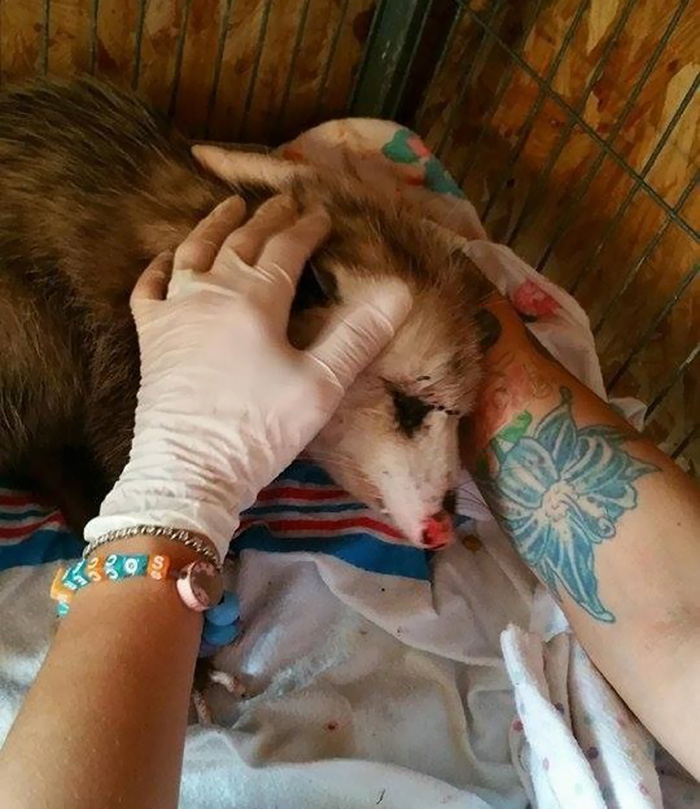 “This is out of the ordinary for me, but I wouldn’t have avoided her for that reason. She is still an animal with a beating heart, and it was still beating when I got to her.” When Angel is fit and healthy again she’ll be released on a 60-acre property where hunting is prohibited. 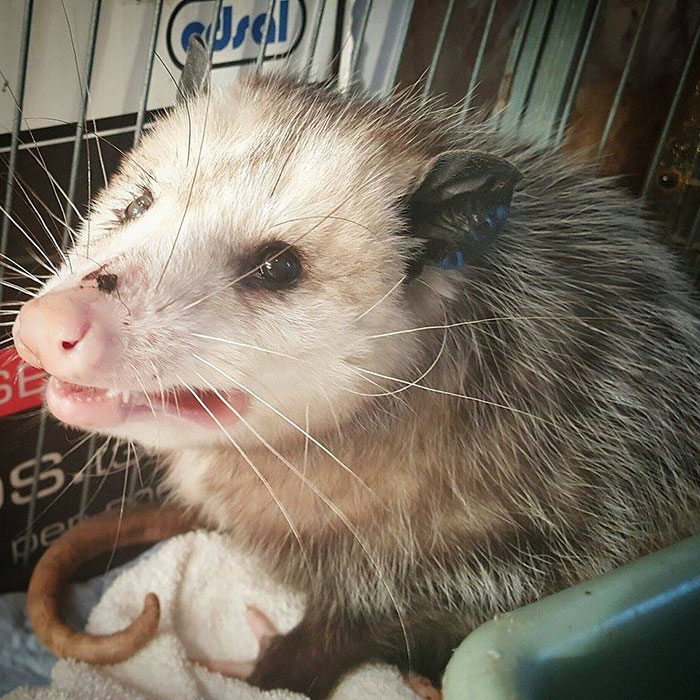