When rats ate the front legs of a tortoise named Mrs. T in Pembrook, Wales, its owner, Jude Ryder, feared the worst. A £1,000 vet bill did little to improve the situation until Ryder’s mechanical engineer son Dale, 37, glued wheels from a model aircraft onto the tortoise’s shell, making her twice as fast. Dale had received Mrs. T as a gift when he was 8 and she was already in her 60s. 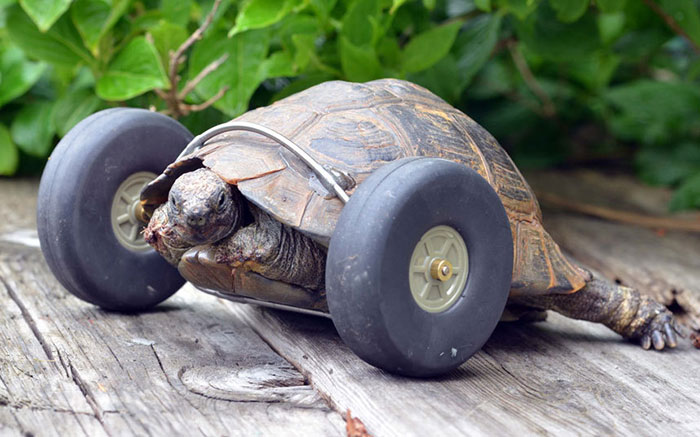 “It was like fitting her with a turbo charger – she’s going double the speed she used to,” said Ryder. “Mrs T is still quite young for a tortoise. She could go on for another 50 years – all she needs is a new set of tyres every now and again.” 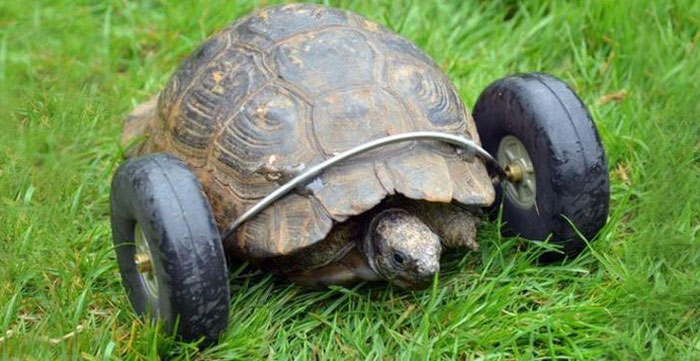 Rat attacks on tortoises are not uncommon. Britain’s oldest tortoise, 130 year-old Thomas, died from a rat bite in 2013. 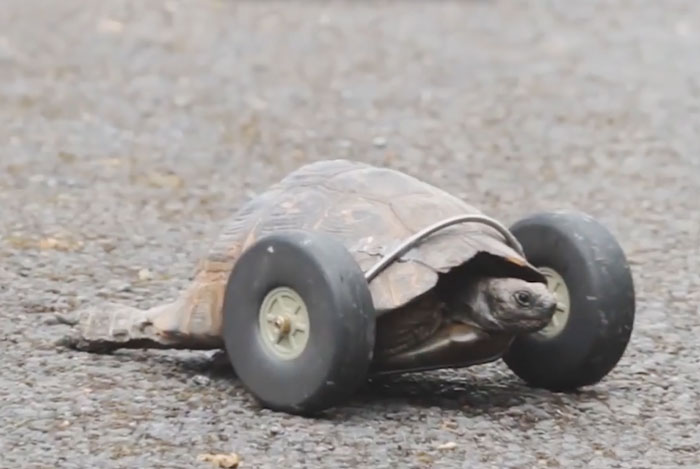