Baby wild animals like Dinozzo, a fox cub whose mother was killed in a road-side collision, often don’t stand much of a chance when their parents are taken away from them. 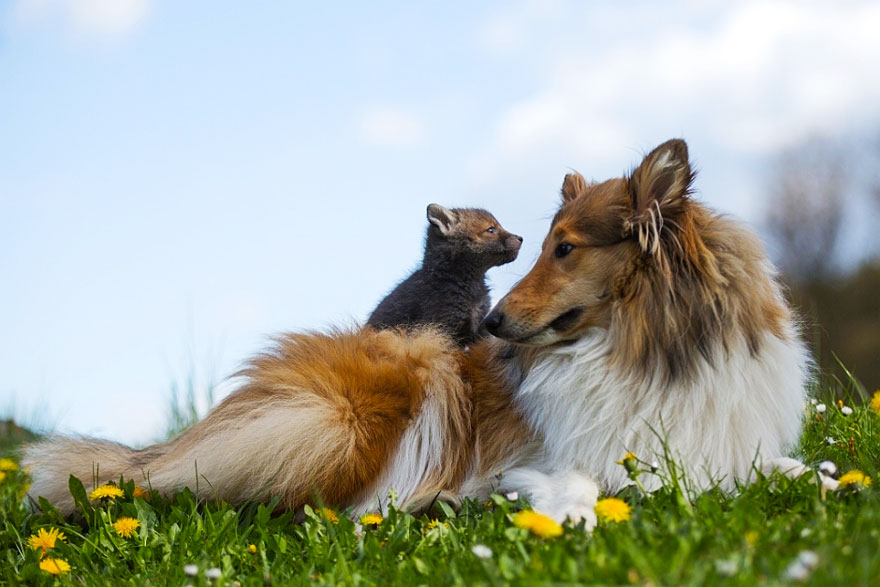 Luckily for this three-week-old fox cub, he was handed over to a vet and then adopted by an animal-loving couple in Germany with a beautiful collie dog named Ziva, whose motherly instincts helped nurse him back to health. 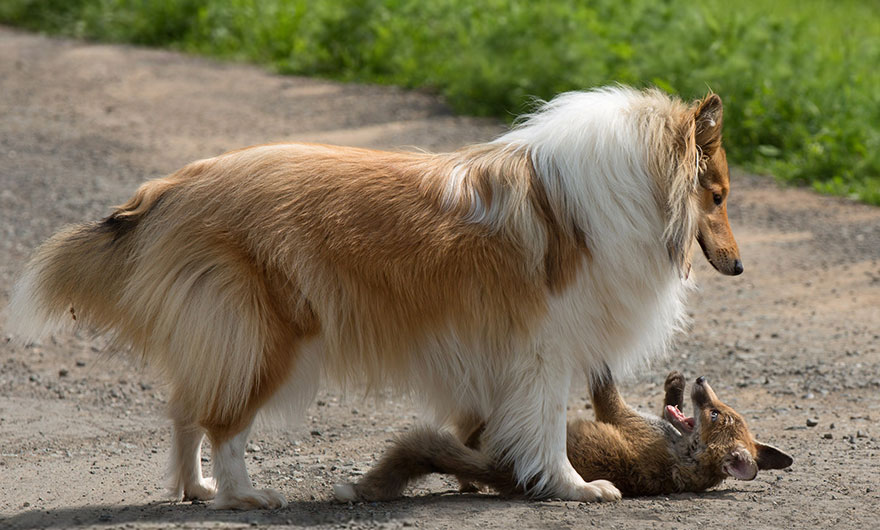 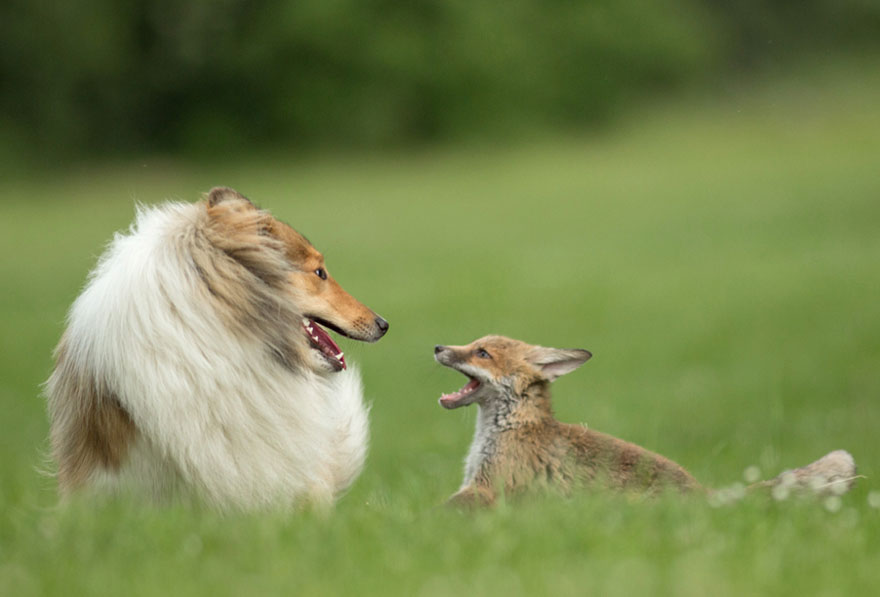 Leopold has also formed an unlikely friendship with the now-recovered fox cub. The caring dog and cat duo have made Dinozzo feel welcome, and he now uses the cat-door regularly to get in and out of the house. 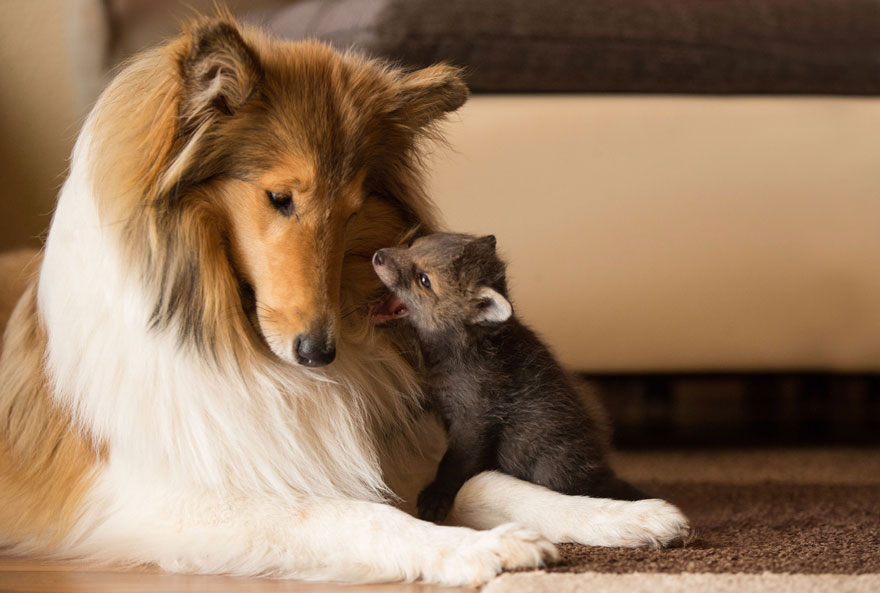 Despite being given free run of the surrounding area, it seems like he prefers staying with his best friends for now! 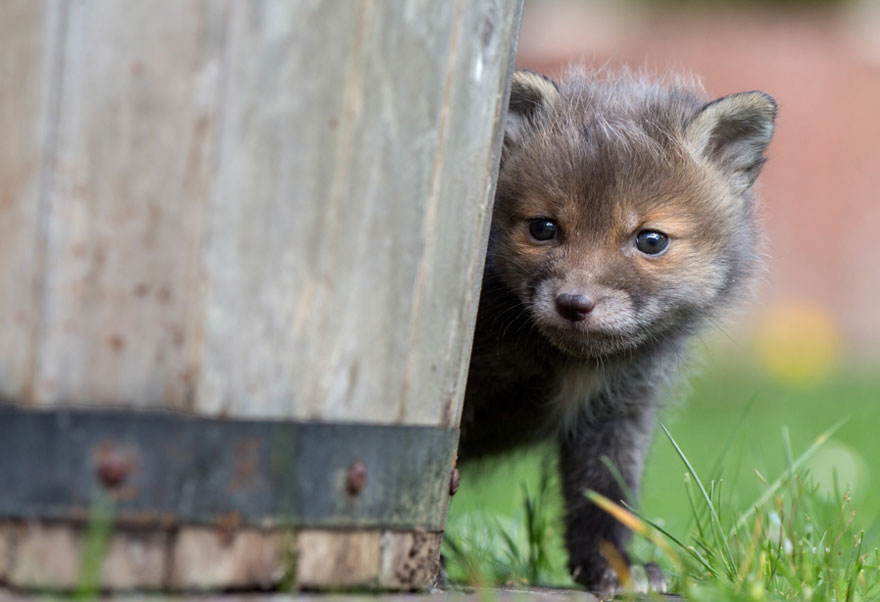