A chinese vlogger named Dora Ngai lives in Sri Lanka with her boyfriend and their dogs. One day, a box was brought to her doorstep. Inside the box was a wild baby boar. 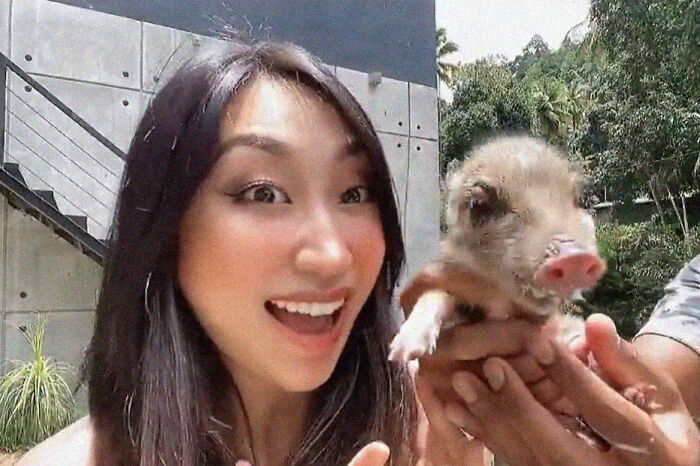 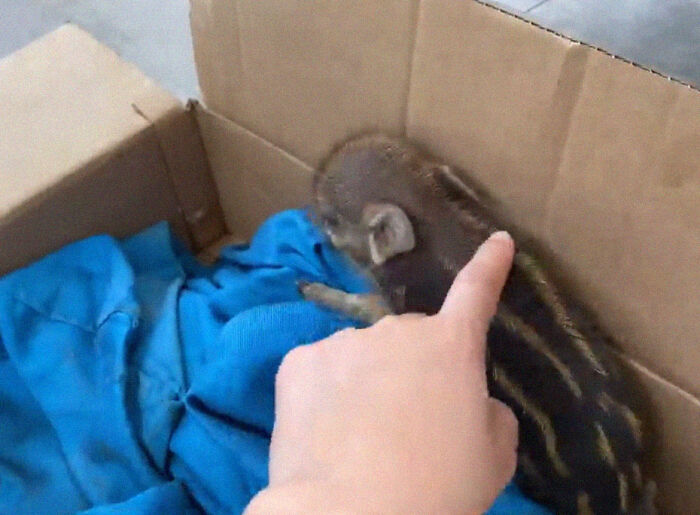 She said that her gardener found the box with the wild boar near her house.

“I’m Dora from China and I’ve been living in Sri Lanka with my boyfriend for almost four years. We have four dogs at the moment. Three of them were rescued from breeders here. We live in a little town called Kandy in the hill country and come across many animals here. Monkeys, wild boars, porcupines, peacocks to name a few. It was September 3rd, 2020. My gardener found a baby wild boar near my house in the early morning. She was only a few hours old. She had been separated from her mother and was lost and cold. So he brought her in and gave her to us to take care of.” 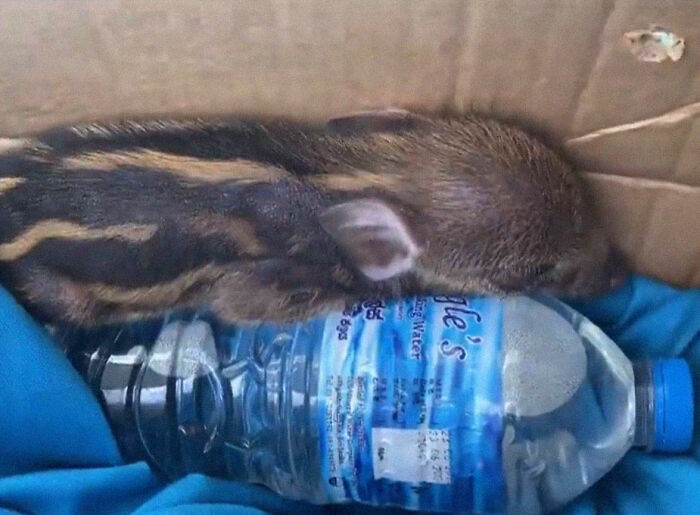 Dora said that the little boar got sick and very weak at first. She started taking care of the baby a lot. 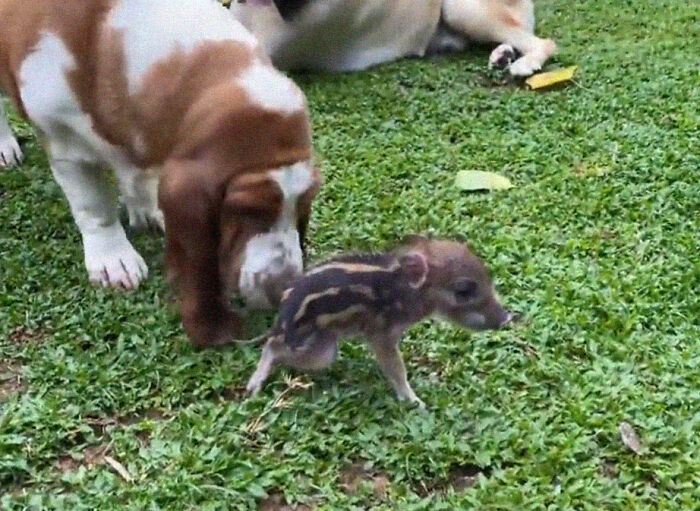 “But we still were determined to keep her. We switched to puppy milk replacer and she got better and slowly started recovering. We read online that she would need to be fed every hour, my boyfriend and I took turns sleeping in the living room with her for almost the first four weeks, Feeding her every hour when she wakes up and starts crying. It was really like taking care of a baby for us.” 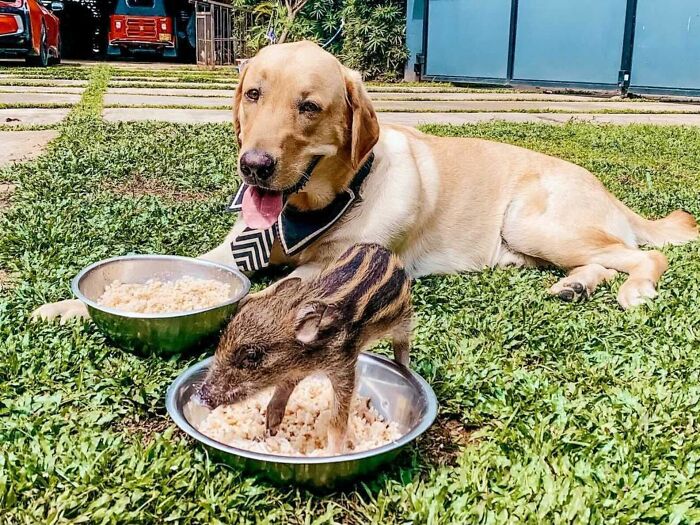 But Dora wasn’t so sure about how her dogs would react about the new member of the family. Her dogs accepted the wild boar and now they are inseparable. 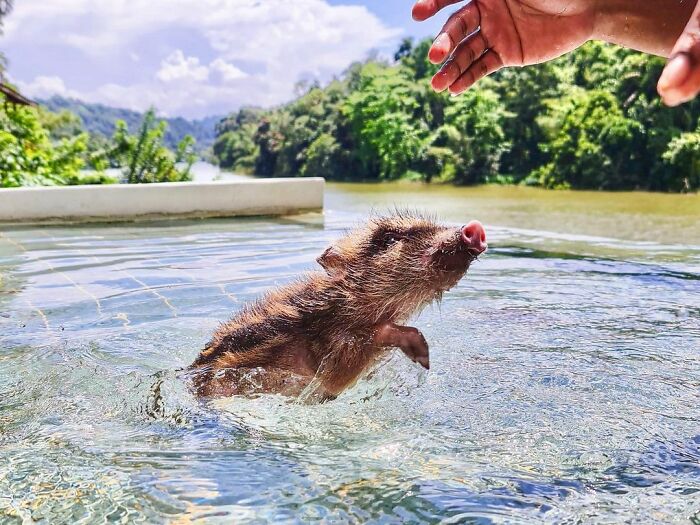