Meet this adorable protective mama cat. She is so scared of people that are trying to see and touch her babies.

She always grabbed her babies and hissed every time a person came near her. 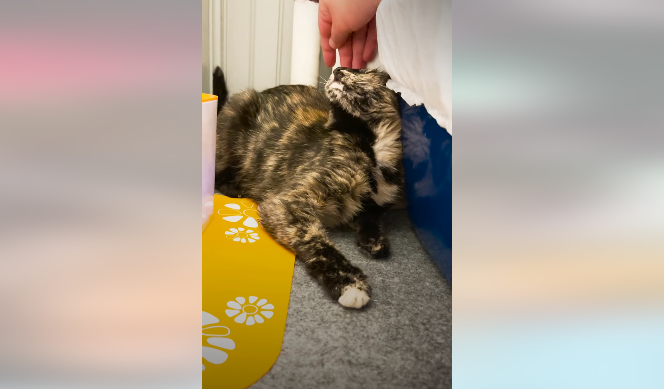 Mama cat is so protective to her little babies.

Pizza’s foster mom has told The Dodo: I was stressed. I was like “I don’t think there’s any way that she would ever be happy in a home”.

The plan actually for mama Pizza was very simple- to go to her colony. But woman decided to give her a chance after hissing every time a person.

“I finally decided that I want to give her a chance rather than just put her outside. Her kittens were a little older and I decided to put them together with the other fosters who were around the same age”.

She has changed a lot after meeting a cat named George. They love each other so much and that’s cute. 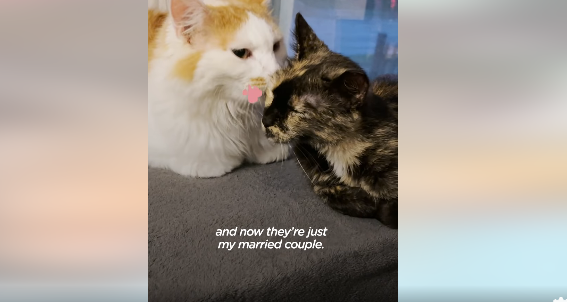