Carter Blanchard is an 8-year-old boy with a skin condition known as vitiligo. He hated the way he looked until he met a special friend with the same condition as his. “His face was transforming very quickly,” said his mother, Arkansas-based Stephanie Adcock. “The first thing he’d tell me when he got in the car is that he hated his face and hated the way he looked.” It seemed it would take a miracle to teach the boy how to appreciate his unique appearance. 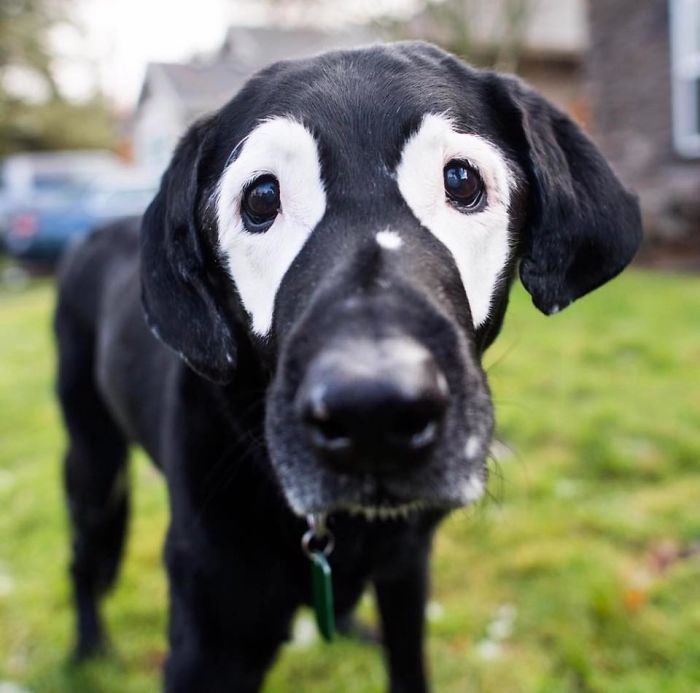 Their prayers were answered in the form of a 13-year-old purebred black Lab named Rowdy. The adorable dog was diagnosed with the same genetic disorder as Carter. His white patches made him Internet famous, and that’s how Carter’s mother discovered him. “I read that Rowdy had vitiligo, and I was blown away… When I showed Carter, he was so excited to see a cute dog that was famous for his vitiligo.” 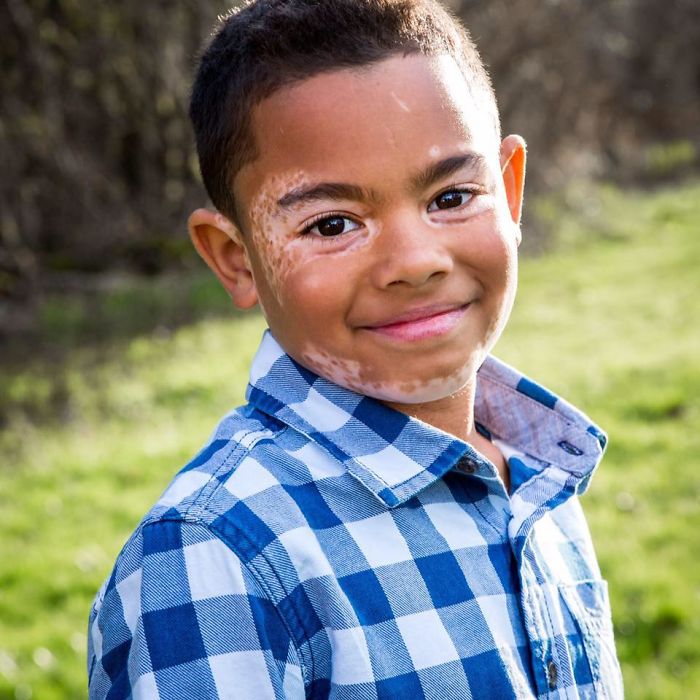 Then, the boy and the dog met, and it was magical. The mother says that since meeting Rowdy and developing an unexpected animal friend, Carter has been way more confident and has learned to embrace his uniqueness. 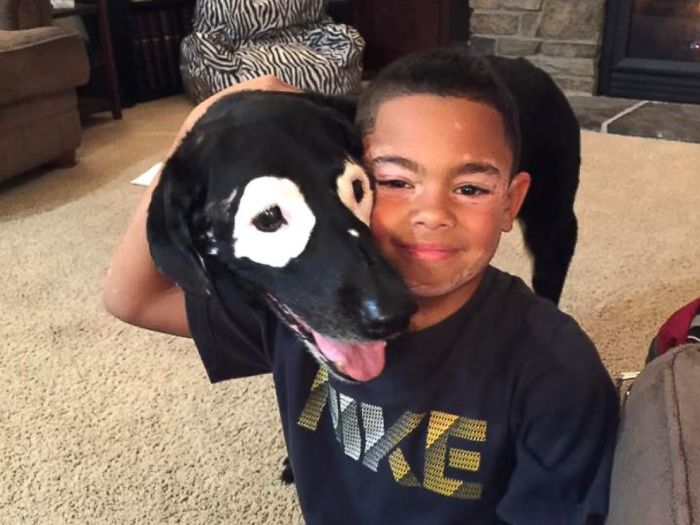 “Rowdy making children and adults embrace their diversity is beyond rewarding. I am in awe of what we have been able to accomplish with his condition,” Rowdy’s owner Niki Umbenhower told Bored Panda. 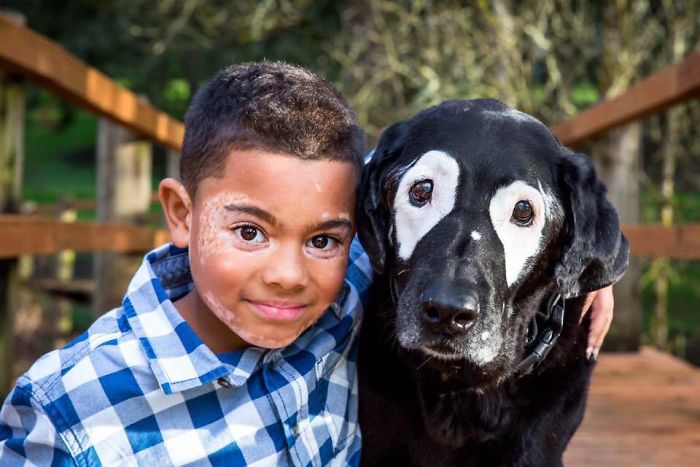