Dog videos are basically a guaranteed path to success when it comes to the internet. From dancing cats and adorable dogs to chirping little parrots, social media sites are an endless gallery of animal characters. Be it playfulness, intelligence, or goofiness, people are undeniably drawn to vivid visuals featuring any sort of critter. 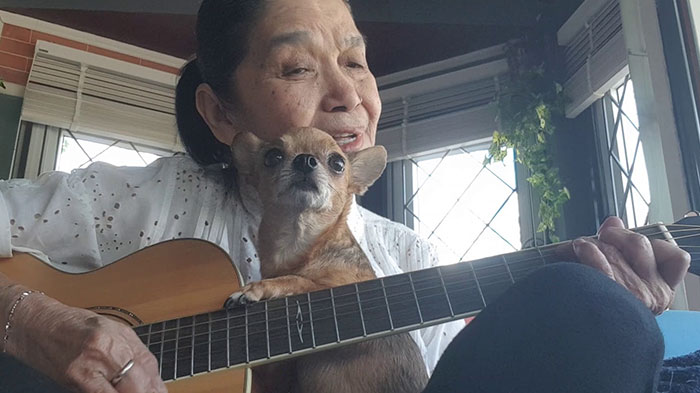 While some video clips make us laugh and others bring a tear to our eyes, there is a special category of videos that make us feel all warm and fuzzy. And this YouTube clip from Thailand definitely fits right in. 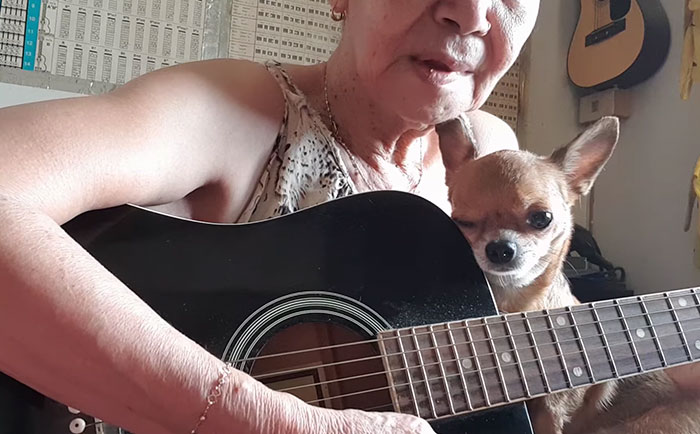 The video features a Thai musician Malinda Herman singing a cover of Lobo’s “I’d Love You to Want Me,” while strumming a guitar. Malinda’s voice is calm and comforting, yet some would argue that her performance isn’t the star of this show. It’s her adorable little chihuahua dog that is visibly lulled by the owner’s “serenade”. By the middle of the video, the tiny cute puppy named “Jiw Jam” (which roughly translates to “Small and Pretty”) is so sleepy that she rests her paw on the guitar and cuddles up to it. 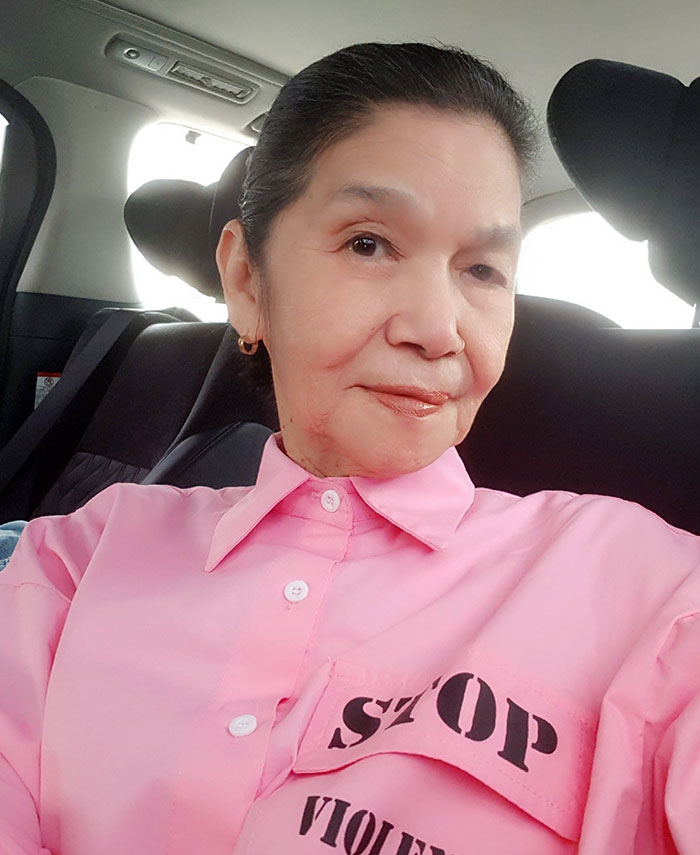 Another key feature of the video is the enthusiastic meowing coming from Herman’s kitty, which many people have argued is joining in on the “duet”. With all aspects put together, it’s no wonder that this clip is winning everyone’s hearts on the internet.

Malinda Herman is a 70-year-old musician from Bangkok, Thailand who has a YouTube channel where she uploads various videos of her singing and performing. She often features her two cute dogs and kitty in the videos, albeit the tiny sleepy dog gets the most screentime and we can definitely understand why. 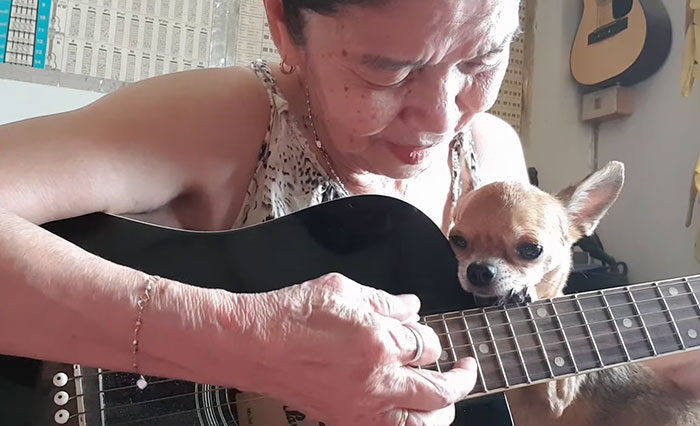