When Mindy Hayes of Erie, Pennsylvania, brought home Sophie the rabbit last year, she was careful to introduce her dogs slowly to their newest family member.

Rabbits and dogs don’t always get along — but Hayes quickly found out that wouldn’t be the case with Grace, her 2-year-old rescue pit bull. 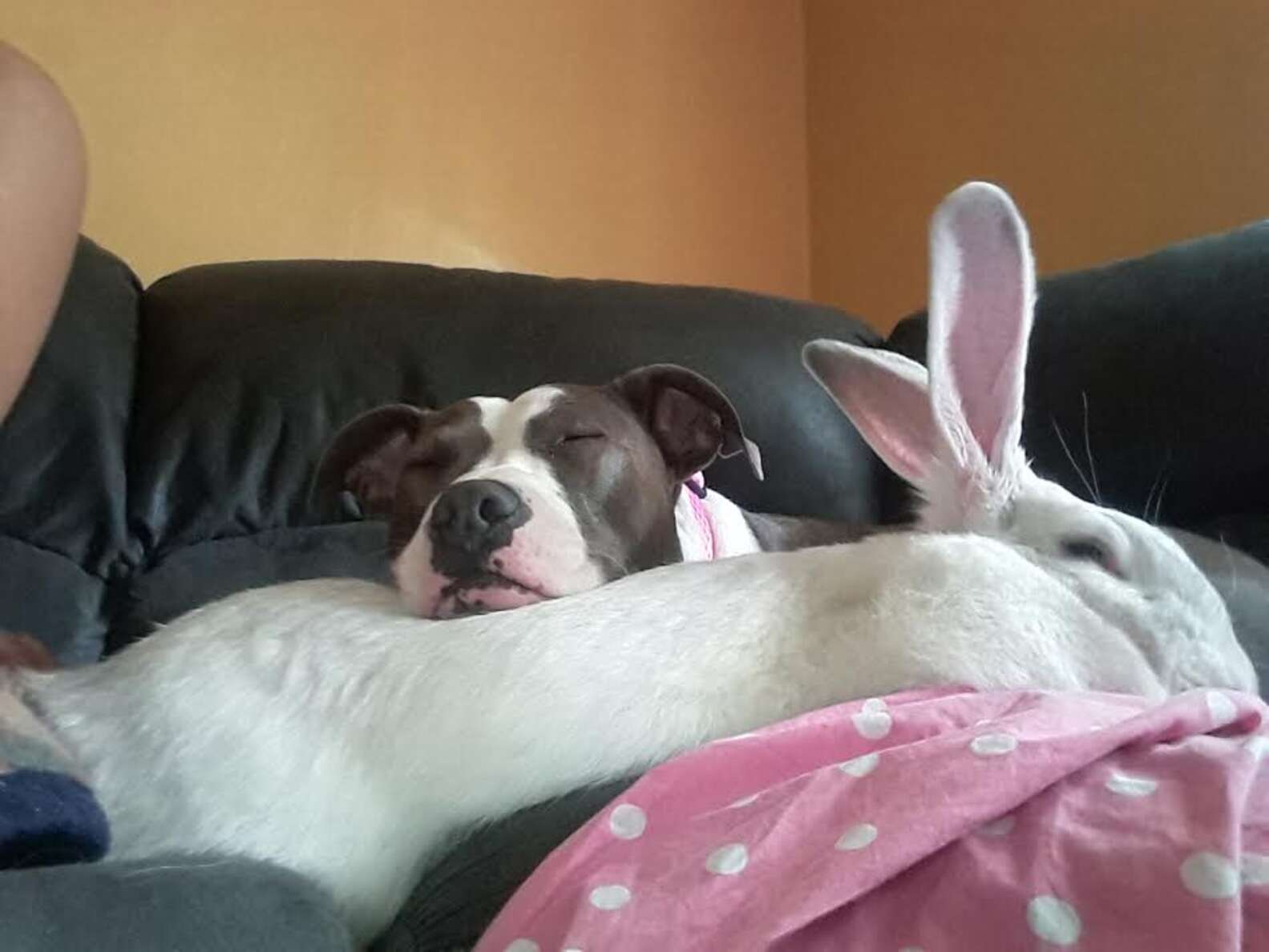 “It was an instant connection,” Hayes told The Dodo. “They sniffed one another, and they just blossomed from there.”

The furry sisters quickly became inseparable. Wherever Sophie would hop, Grace wasn’t very far behind. It wasn’t long before the friendly pup started grooming her new pal’s hair and snuggling up with her on the couch every day.

“I can’t keep them apart,” Hayes said. “Grace is constantly following Sophie, laying with her on the couch and licking her head. Grace would groom Sophie until she is sopping wet if I let her!” 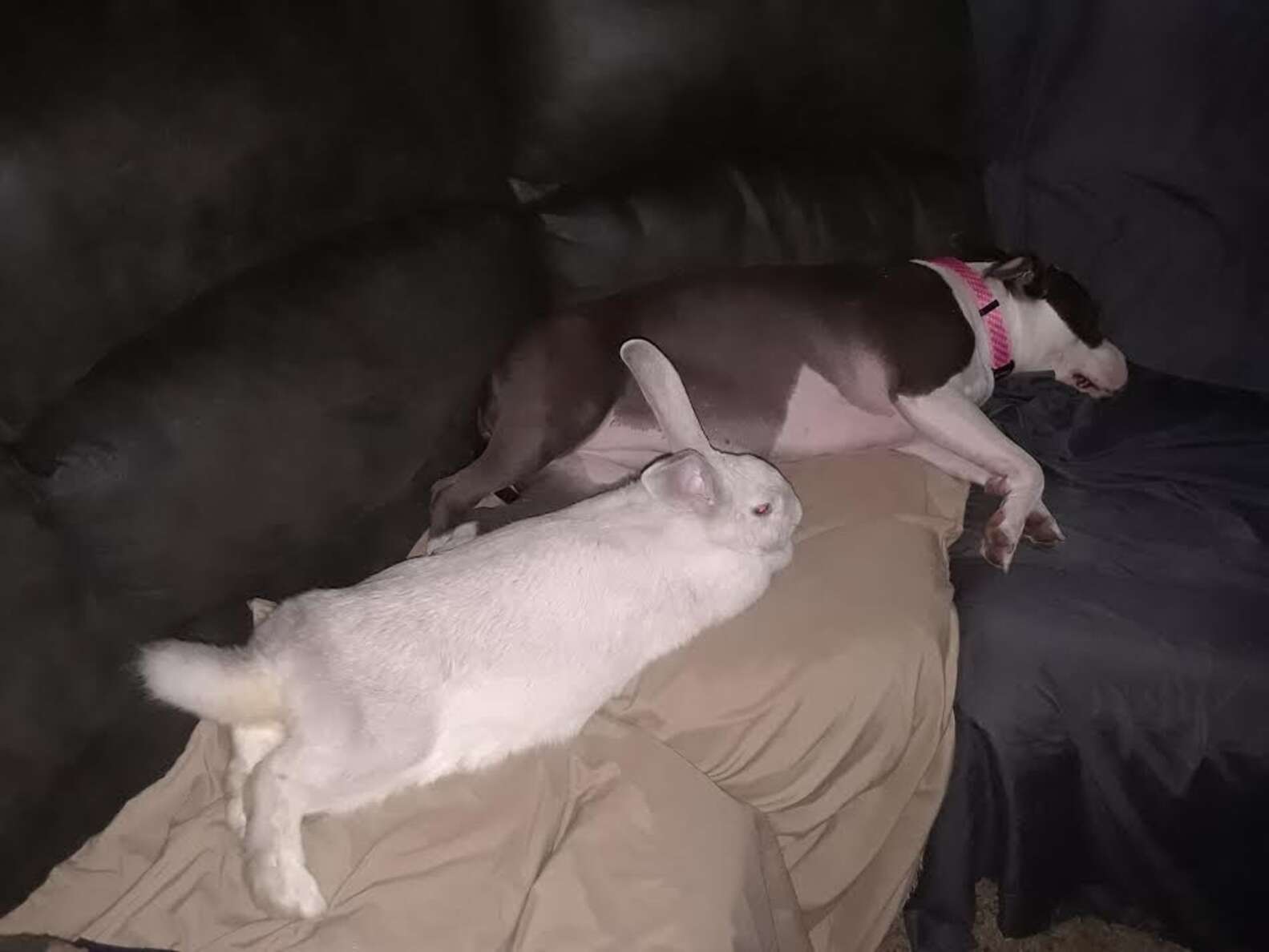 Like dogs, rabbits are very social animals, which means they form loving bonds with their humans or other animal family members. Being groomed is a sign of affection for rabbits — and it’s clear that Sophie is a big fan of it.

Although Sophie is 11 months old, she still has a lot of growing to do. Adult Flemish giant rabbits typically weigh around 15 pounds, but can weigh upwards of 20 pounds. When she’s all stretched out lounging with Grace, they don’t look that different in size.

While the girls’ close friendship just seemed natural to those who know them, many people outside the family are shocked to find out how sweet Sophie and Grace are to one another, Hayes said. 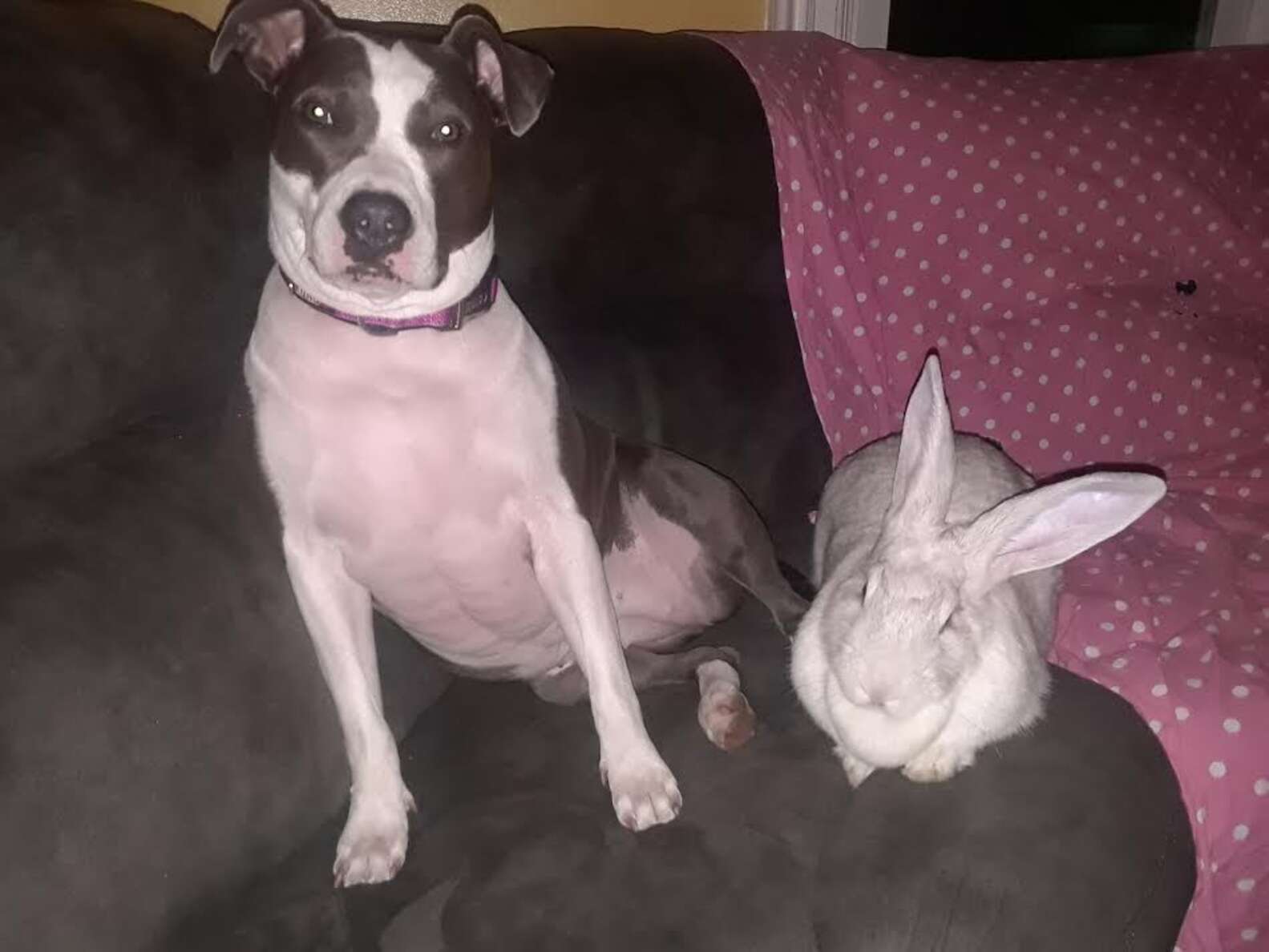 “Grace had a very rough start to life,” Hayes said. “Before she was rescued she had been used for fighting and then was tied up to a tree, left to fend for herself. Knowing where she came from and to see her be so loving to everyone, especially to a rabbit, is really spreading awareness to who these dogs really are. They are not bad dogs. She wants to be friends with everyone she meets.”

Hayes feels very fortunate to have not only a dog like Grace, but a bunny who has the same happy-go-lucky personality.

“Sophie loves to sit on the couch with my husband and I,” Hayes said. “She will sit on both our laps and lick our hands as we pet her. She comes to me when I call her and she follows us around the house. She is a very social and happy rabbit!”

Seeing the two interact brings a smile to Hayes’ face every day — and there’s no question that the furry pair are just as happy to have each other.