The 12-year-old dachshund, named OJ, and the 6-year-old pit bull Blue Dozer have been best friends since the day they met. They share an extraordinary animal friendship – not only they were adopted as a pair, but also Blue Dozer is OJ’s guide because the poor dachshund is completely blind. The woman who first introduced them to each other adopted the pit bull about four years ago and already had OJ. Sadly, she recently became homeless and couldn’t keep her family pets anymore, but requested that they’d stay together after bringing them to the shelter. And they did. But not for long… 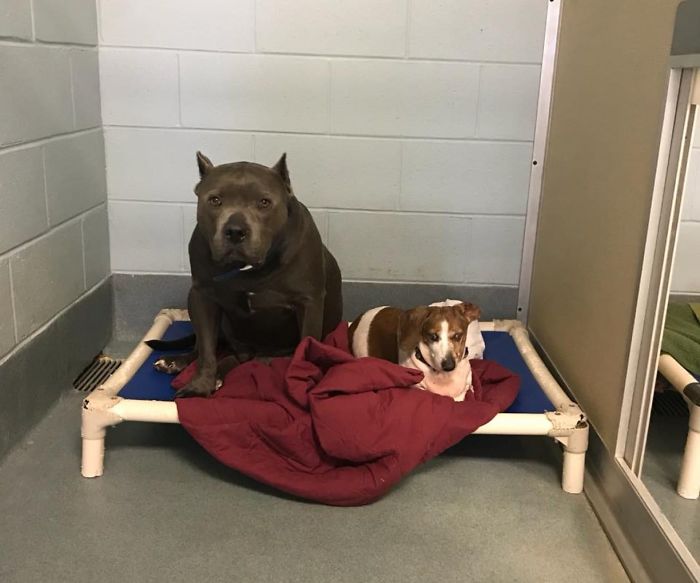 When the cute dogs finally found their new home, the dachshund was discovered to be wandering on a rural road 100 miles away from their new place. The blind dog was brought to the Shenandoah Valley Animal Services Center near Staunton by a man who said that he found the dog on the road and he appeared stray to him. After using a microchip, the shelter found out that the dog came from the Richmond facility and identified his new owner. When contacted, she said that the shelter could keep OJ, but she refused to give up Blue Dozer.

The story quickly spread on social media, and people started wondering if dogs will ever be reunited again. Christie Chipps Peters, the director of the Richmond Animal Care and Control shelter, tried to convince this woman to give up Blue Dozer so the pair could remain together since it’s essential for OJ to have his service dog. “She really loved this smart dog,” said Peters, who thinks that the woman didn’t fully understand they needed to be together. “She wanted to keep him.”

After long hours of persuasion, she finally decided to give up the working dog, and the pair were reunited. They were thrilled to be together again, and you could see it from their wiggling tails while they cheerfully rubbed each other. 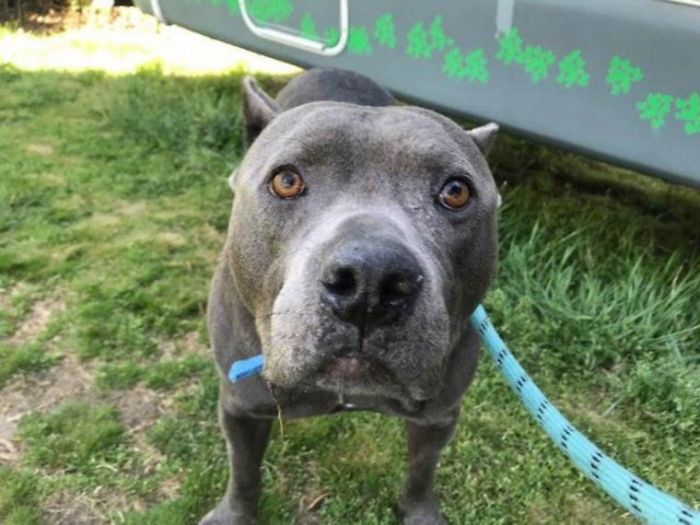 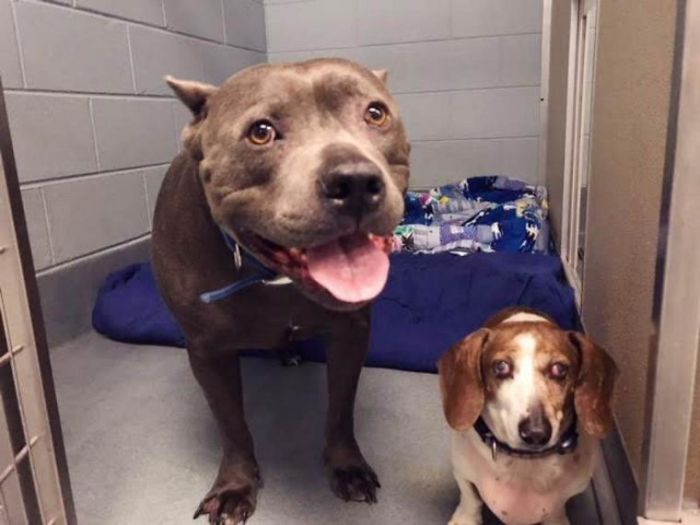 “I am very glad to announce that both OJ and Blue Dozer have just been reunited and are safely back at RACC,” wrote the shelter in a Facebook post. “We will not be doing anything with OJ & Dozer in the next few days other than snuggling them together. Their story isn’t over, and we are grateful that we have an incredible staff that worked hard tonight to ensure these sweet dogs have another chapter.”

It was said that whoever adopts them this time, will be required to sign a document promising to keep them together. Let’s hope they will never be separated again! 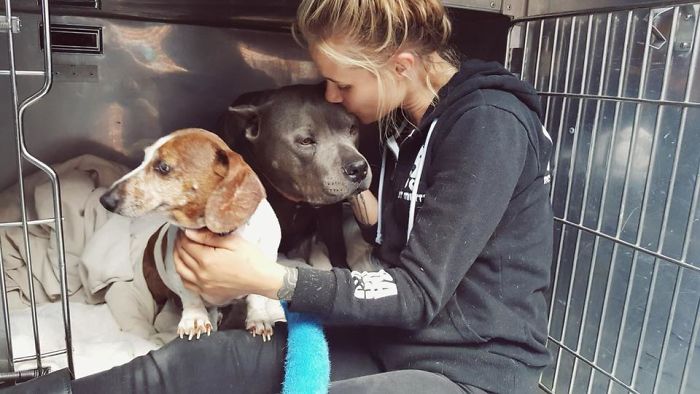