A stray cat named Mama Ally decided one day to bring her babies to a safe place. So she and two kittens showed up at doorstep of a North Carolina family’s home looking for help. 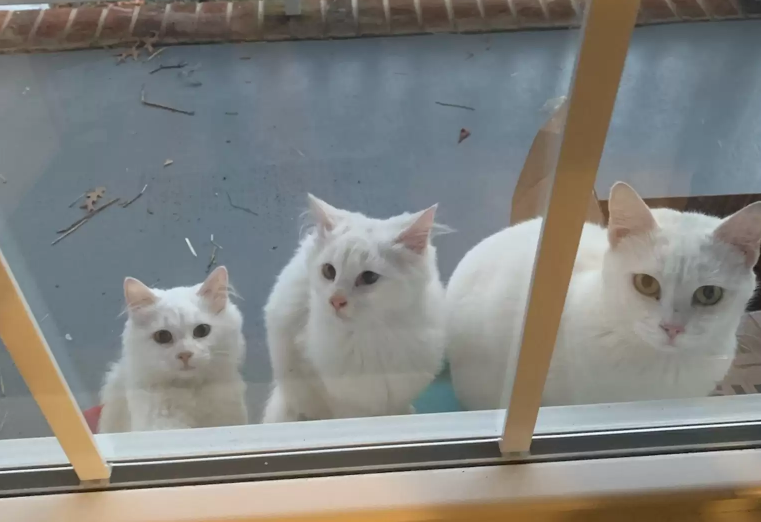 Also, it was discovered that Mama Ally was pregnant.

“She was immediately seeking out attention from her foster, Monica, the second she was welcomed home,” Kelly told The Dodo. “She loves to curl up in her lap, on her arm, wherever she can snuggle into the closest! She will spend the day sleeping on her shoes or clothing that smells like her if she has left the house. She loves people and affection.” Also, her two older kittens have been adopted together. 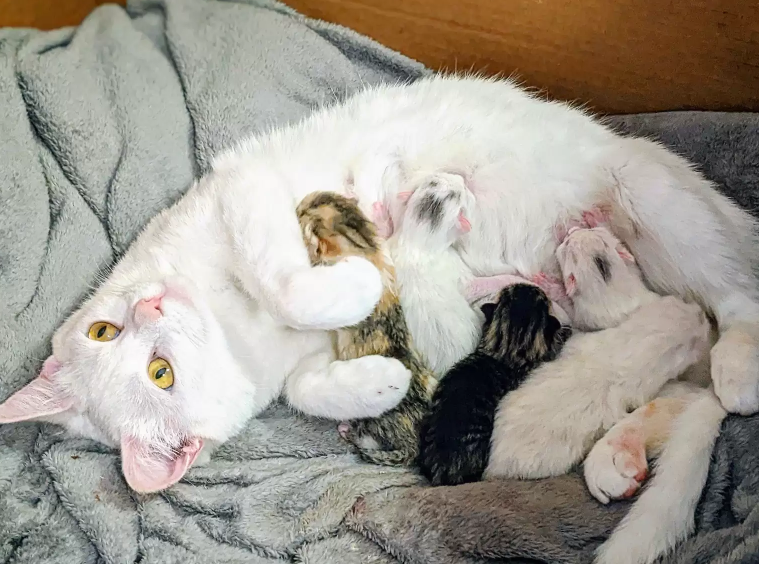 “Mama Ally is doing great and soaking up all the baby snuggles — and the TLC from her foster,” Kelly said. “We could not be any more thrilled for this family who is getting the second chances and happily-ever-afters they deserve.”