All the pandas are pretty special since there are only 1,864 roaming wild in nature. They are actually considered to be a vulnerable species due to habitat loss and a very low birthrate of wild pandas. But ten-year-old Qizai is even more special as his fur is not the usual black-and-white colors but brown-and-white instead! Brown-and-white pandas have only been seen in the Qinling Mountains and there have only been five sightings of brown-and-white pandas since 1985. We already had some exciting news about his life but reality seemed a bit different from those expectations. Luckily, there’s always a silver lining and this case is no different! 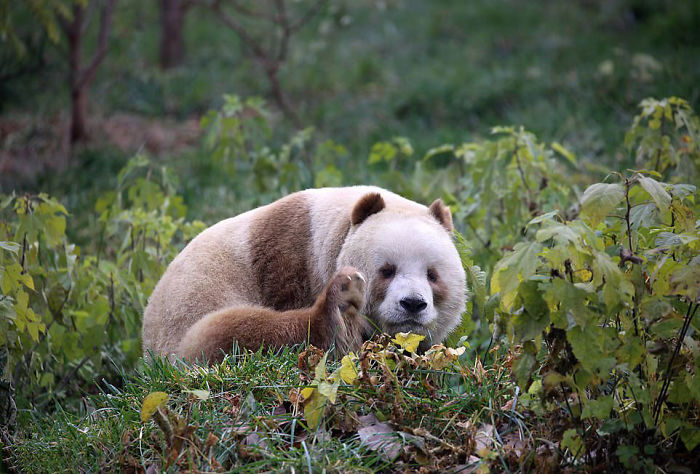 Qizai has been on the radars of panda lovers for quite a while now due to his special brown-and-white colored coat. While the scientists have speculated this could be due to a genetic mutation, Kathering Feng an American vet and member of the International League of Conservation Photographers who had the pleasure of photographing him back in 2015, said that “Brown-and-white pandas have only been seen in the Qinling Mountains. The Qinling Mountain pandas are considered a different sub-species from those found in other mountain ranges.”

“It is suspected that the brown and white coloring of pandas has a genetic basis, possible a result of a double recessive gene, a combination of genes or a dilution factor gene. Qi Zai’s mother was black and white,” she also added. Knowing that there only have been 5 brown panda sightings in almost 35 years, scientists are very curious to finally solve the mystery of Qizai’s special coat. Him being adopted by the US charity organization Pandas International rekindles the hope we might actually get the answer someday. 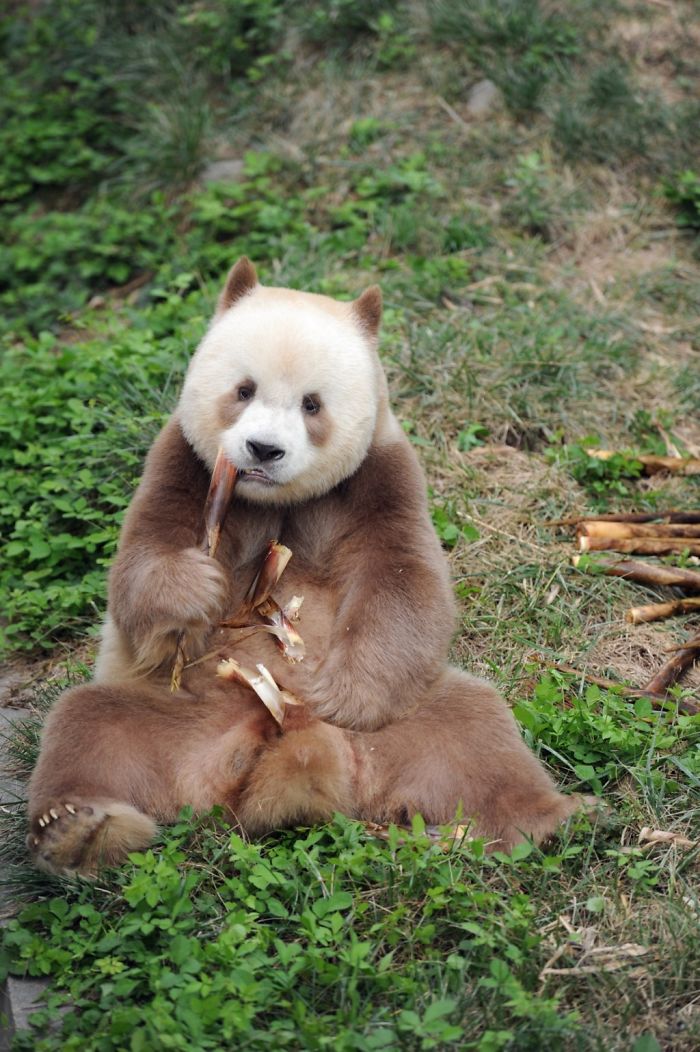 This giant furball captured our hearts a decade ago when he was found weak and abandoned in the Qinling Mountains in central China after his mother left him and disappeared into the jungle. He was then taken to the Shaanxi Rare Wildlife Rescue, Breeding and Research Centre where the staff nursed him back to health by feeding him panda milk that the panda moms at the center provided. After getting his strength back, he carried on munching on bamboo as all the pandas do. Or, well, at least he would have if the black-and-white cubs wouldn’t have stolen it from him. But the staff always kept a watchful eye on the friendly giant and made sure he made it into adulthood strong and healthy. 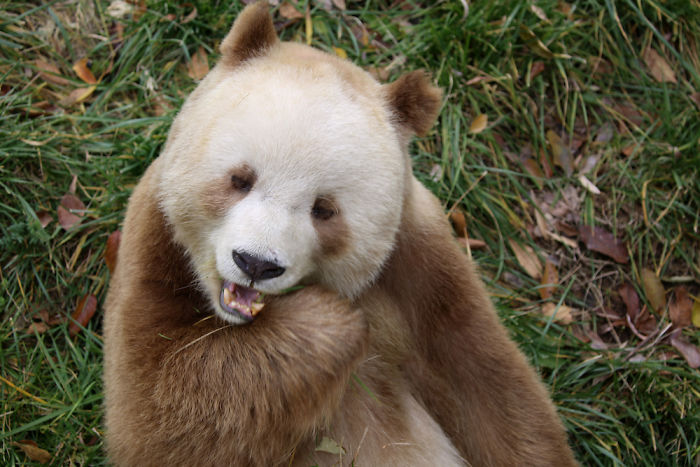 Despite the rough time he had as a cub, he was then expected to find happiness after being introduced to an 18-year-old female panda Zhu Zhu. But of course, Qizai’s happiness wasn’t the only thing on his keeper’s minds. They also were keen to find out what gives him the special coat and reproducing might have helped to solve the mystery. His keeper, He Xin said it could be caused by a gene mutation but it’s not clear for now. Unfortunately, Qizai And Zhu Zhu’s mating did not end up in pregnancy. It is not uncommon since pandas generally have a very low birthrate. One of the reasons for that is their own laziness… Even to mate. But while Qizai’s keeper admitted he’s a bit lazier than other pandas, he also added: “‘But he is also cuter.”