Coconut was just another dirty, wounded stray cat, roaming the cold streets of Boston in February 2016, when a woman spotted him and knew she had to help him.

The entirely white, fluffy stray was in such bad shape, it looked like he wouldn’t survive much longer as a street cat. His ears were bloody and scarred. And he hissed whenever anyone got near him. 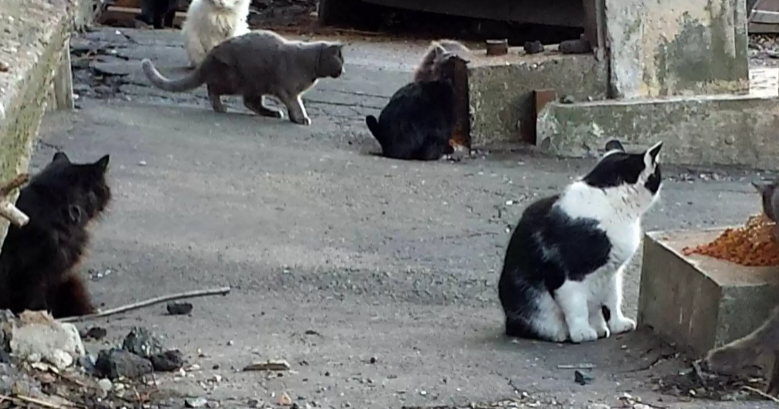 Joni Nelson, founder of Boston’s Forgotten Felines (BFF), has been rescuing cats for over 30 years. She took Coconut off the streets, initially just aiming to neuter him and rerelease him. But she realized that even though he wasn’t tame, she just couldn’t let him go.

“Poor Coconut was a mess,” Nelson said. He had a urinary tract infection, goopy eyes, ear mites, a limp, chronic diarrhea and was totally filthy. “But it was his nasty attitude that made him hard to like.” 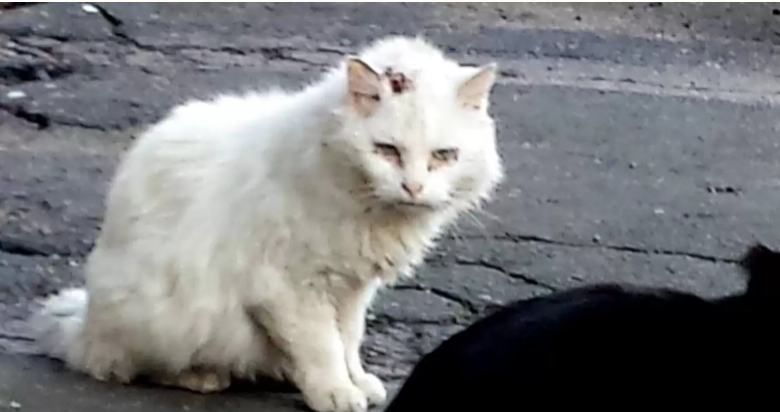 Even though Nelson helped him get better, giving him medicine every day, he was still really mean. “He was very difficult to feed … He would never look up but sure would lash out when I opened his cage.”

Nelson realized that he didn’t always respond to visual cues and concluded he was partially blind. “After a long time, he started to calm down some,” Nelson said. “I could go in and clean his box and put down food without him coming at me but he still hissed whenever anyone walked by his cage. Still he never lifted up his head all the way, always looking down.” 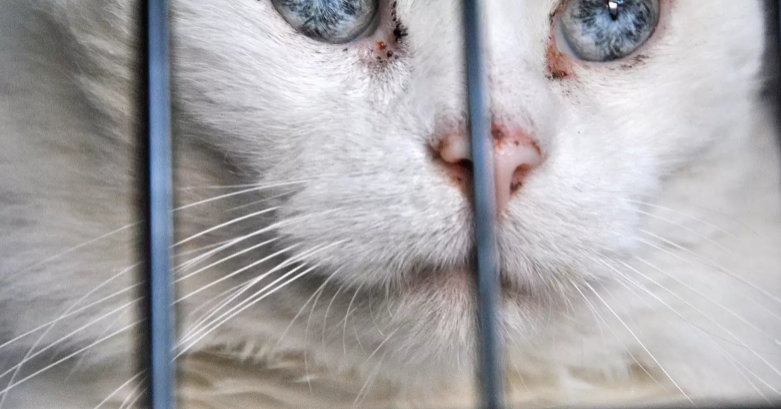 “It took two very deep bites from him to realize he was deaf and could only see shadows,” Nelson said. “No wonder he was so nasty. He was frightened and no one knows the torture he went through living on the streets for so long in that condition … Many people told to me to put him to sleep that he was unadoptable. I couldn’t let him live his life in a cage and I couldn’t put him to sleep.”

Months passed. And very, very slowly Coconut seemed to calm down. “It took a long time to get him to let me touch him,” Nelson said. But one day, he finally did. “First, just his head and only for a second or two.”

Volunteers did all they could to show Coconut he was finally safe. And soon he got the message. “Lots of love and attention and he learned to trust and love,” Nelson said. 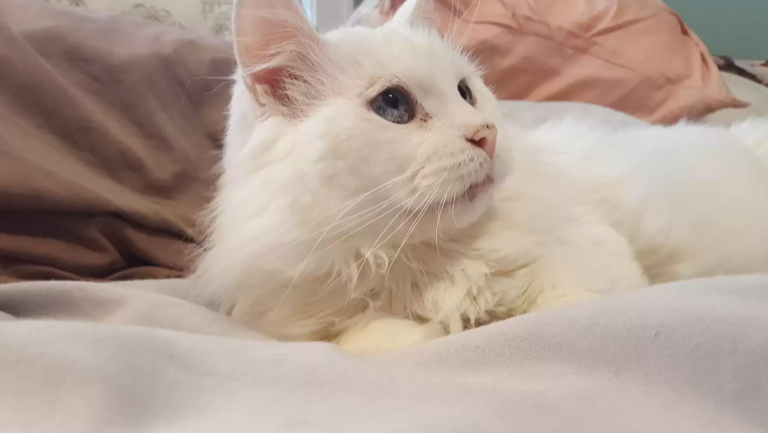 Coconut’s first foster mom, Sherri DeLuca, helped Coconut come around. Then it was time for him to try a foster home with Ashley Ward. “I admit I was very worried he would go back to being frightened and mean with strangers but after just one night of hiding he came out from under the bed in his new foster home,” Nelson said.

“Coconut is really a sweetheart,” Ward told The Dodo. “Every time I walk into the room, he hobbles over to me to get pets … As soon I start petting him he is instantly purring … He will curl up right next to your side and snuggle his head under your arm so that you can pet him.”

Coconut has come such a long way since he was rescued from the streets a year ago – but he still needs a home he can call his own forever.

“It has been truly beautiful to see the transformation in Coconut, from scared abandoned street cat to the kitty he is today, one who loves to be pet and loved,” Danapel C. de Veer, one of the other volunteers for BFF, told The Dodo. “It’s amazing what love, patience, security and kindness can do for a kitty like Coconut.”