This little Indus river dolphin must have thought the end was near after becoming stuck in shallow waters in central Pakistan.

But she didn’t know that she was never alone.

A team from WWF-Pakistan, along with wildlife officials and local fishermen, had been monitoring the endangered dolphin for days after she was spotted swimming in a dwindling tributary earlier this month. They’d hoped she’d find her way back to deeper waters on her own before getting trapped, but she did not. 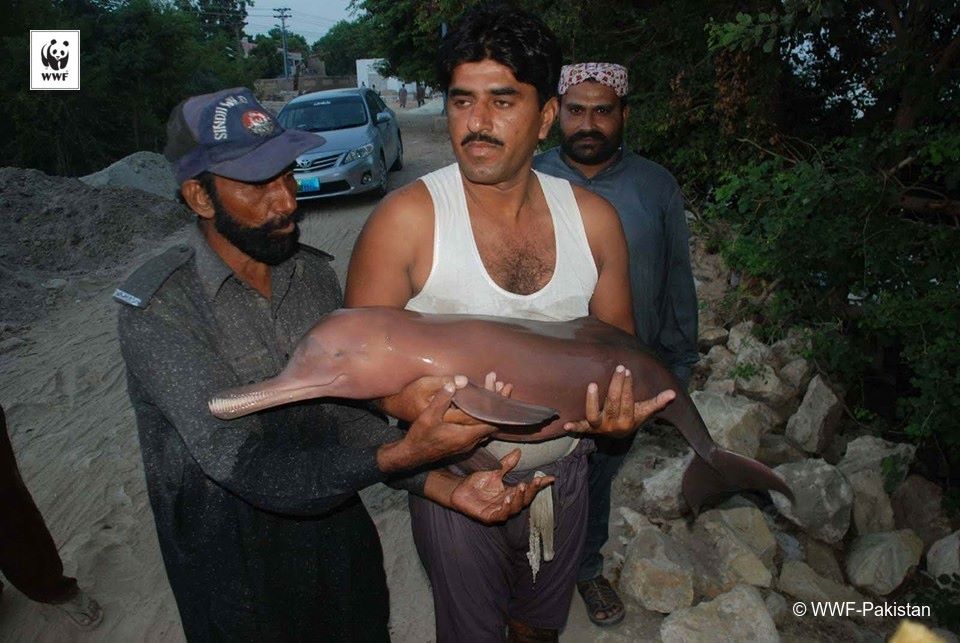 This week, the dolphin became stranded, her body exposed to the hot sun – so those rescuers leapt into action.

They took her upriver where she’d be safer, and with a hearty applause watched as she swam free.

Only an estimated 1,200 Indus river dolphins are thought to remain in existence as the species faces a number of threats from humans activity, like water management practices which alter their natural habitat. Since 1992, WWF-Pakistan has rescue 119 dolphins from strandings like this one – and for that, they’re the one who deserve our applause.