When truck driver Dan O’Grady was driving through Jacksonville, Florida recently he saw a little dog all alone on the side of the highway. At least, he thought the dog was alone at first.

Worried about the dog’s safety, he pulled over and went back to check on him. The Humane Society of Summit County shared the following news online:

“When Dan O’Grady of Akron [Ohio], a truck driver, passed the little dog abandoned on the side of the highway in Jacksonville, FL, he couldn’t just keep going. He exited the freeway and hoped he could get back to the dog before anything bad happened. Luckily, he got back in time but the skinny dog yapped at him and kept running off every time he approached.” 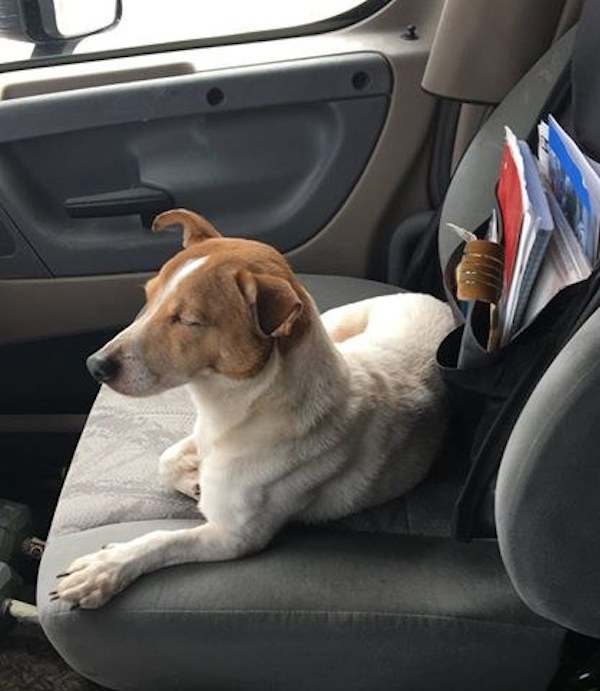 “The frantic dog, a Jack Russell terrier, led Dan into the woods. It was clear the dog wanted him to see something. Under a bush Dan saw a white domestic rabbit huddled there. Dan scooped up the rabbit and headed back to the truck and the dog followed. He dubbed them Highway and Interstate.”

“After feeding the hungry animals (sandwich meat for the dog and a salad from a rest stop for the rabbit), he made his way to the nearest animal shelter. The local shelter took the dog, but they couldn’t take the rabbit. Dan thought he remembered seeing rabbits at our shelter. After confirmation we could care for a rabbit, he bought a crate and supplies for a make-shift bunny nest for Interstate and started the long drive north.” 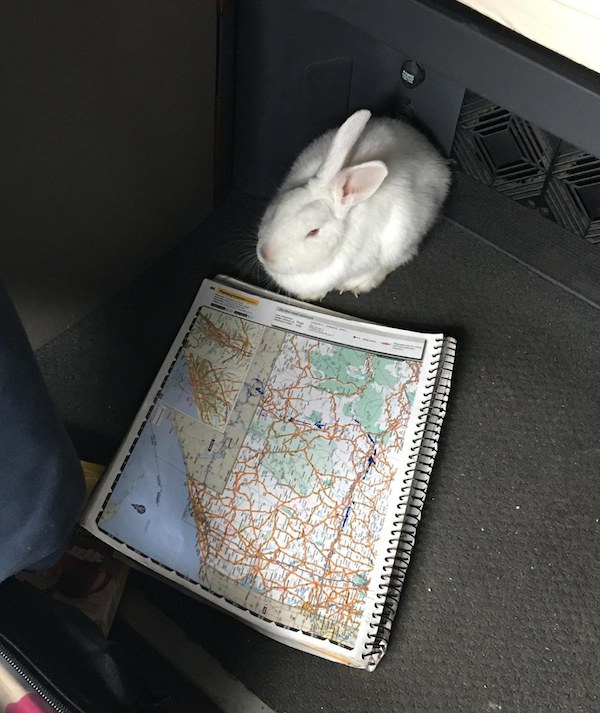 “We took custody of Interstate in mid-January, and found him to be only about three pounds – bony and malnourished for an adult rabbit. Who knows how long he and Highway had survived on their own in those woods. And what a lucky rabbit that Highway refused to abandon him when help finally arrived!” 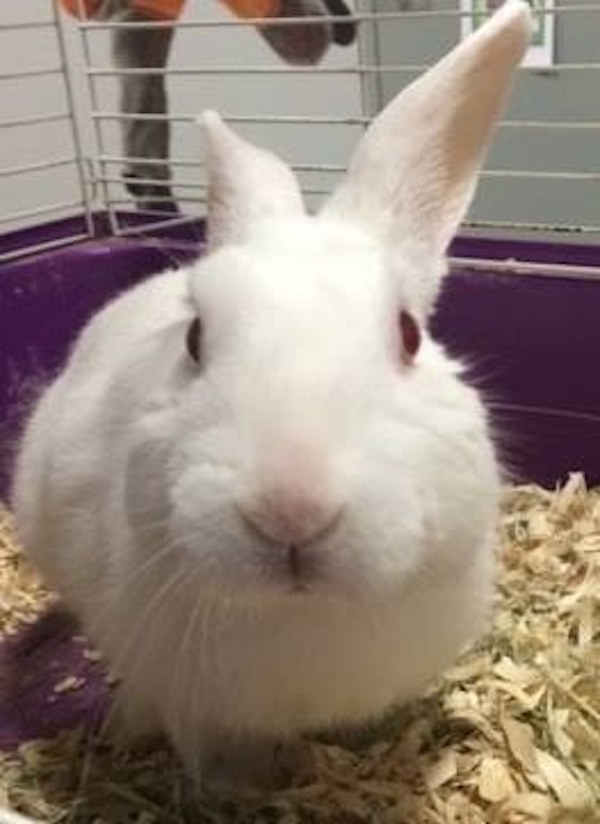