When San Antonio, Texas police officers found Hamish the Cocker Spaniel he was unidentifiable. The crew was first alerted of the spaniel by a call that there was an animal struggling in the middle of the road and were shocked when they came across a dirty, wooly, abandoned creature. Hamish was immediately sent to the San Antonio Animal Care Services to receive medical care. 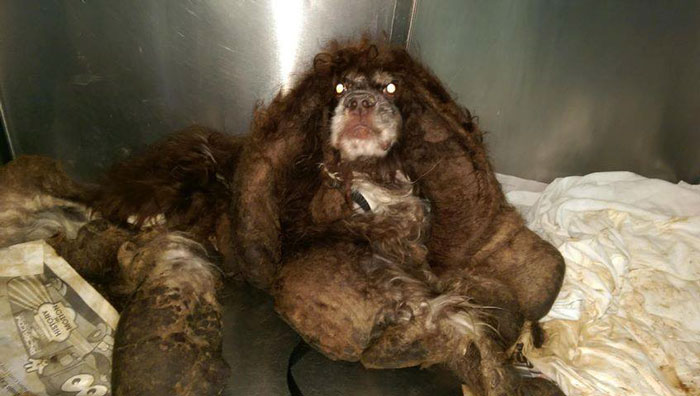 The neglected pup hiding underneath weighed only 12 – 13lbs, when he should weigh over 20lbs, and was suffering from health problems

Hamish underwent dental surgery to remove any bad teeth and lost most of them. According to the Cocker Spaniel Rescue, an adult dog has up to 42 teeth. The abandoned dog was left with 11 after dental surgery. His lack of teeth led to more problems. 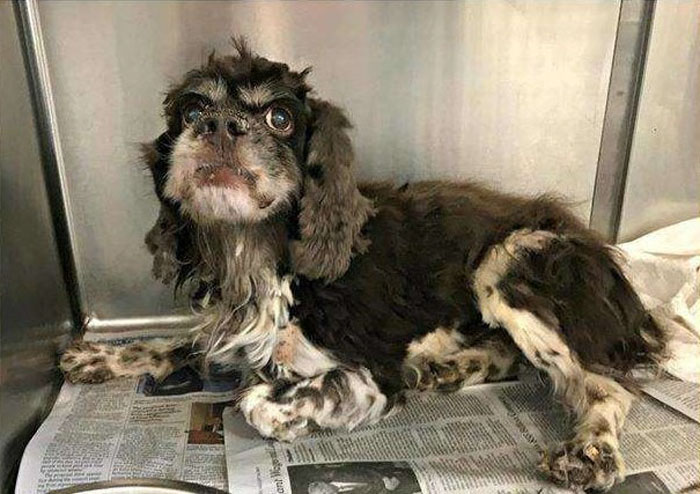 “No doubt about it, his previous humans failed him. He still needs a bit of a touch-up, but you can tell how much better he already feels! He is now a CSRA kid and will be getting the medical care he needs to get him ready to find his new forever home. Welcome to the family, Hamish!” 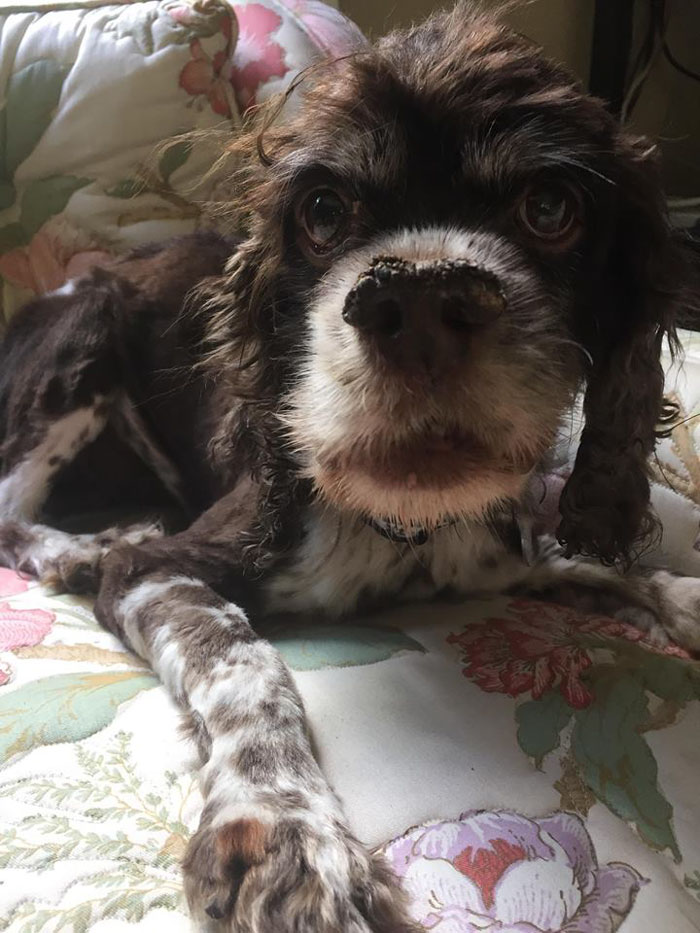 With a diet of soft food and weight gaining supplements, he is on the way to recovery 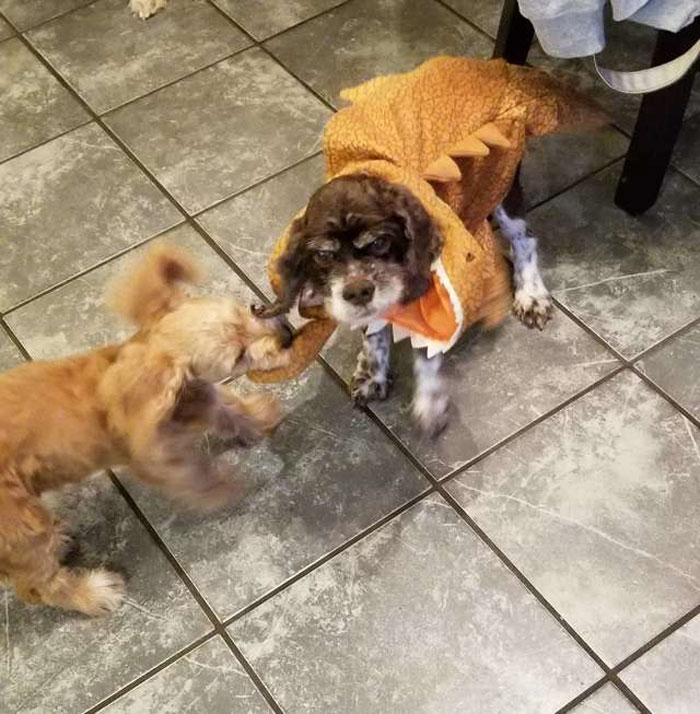