Wiley, the Dalmatian, wears his heart on his sleeve – well more like his nose. The now one-year-old spotted dog rose to internet fame for his unique heart-shaped marking placed squarely on his face and his over 120k Instagram followers can’t get enough. His human mom, Lexi Smith, 26, describes Wiley as, “54 pounds of goofy, clumsy, sassy, hungry, cuddly, curious, wild, crazy, silly, happy love,” and as lovely as he is in photos she told Bored Panda, “No amount of pictures on could ever fully capture all that he is and all that he means to me, he’s my best friend.” Wiley found his way to Smith, who lives in Colorado, from Oklahoma on Saint Patrick’s day of last year and while this cute puppy’s unique markings make him stand out, she says that’s not the reason she chose him.

“He came from a litter of 11, and 8 of them were boys, so I had a tough choice in choosing him. The heart was there, but not fully formed to the point where I believed it would stay since dalmatian spots change so much as they grow. I chose him because the breeder told me that all he did was sleep, snuggle, and eat, so we already had a lot in common.” 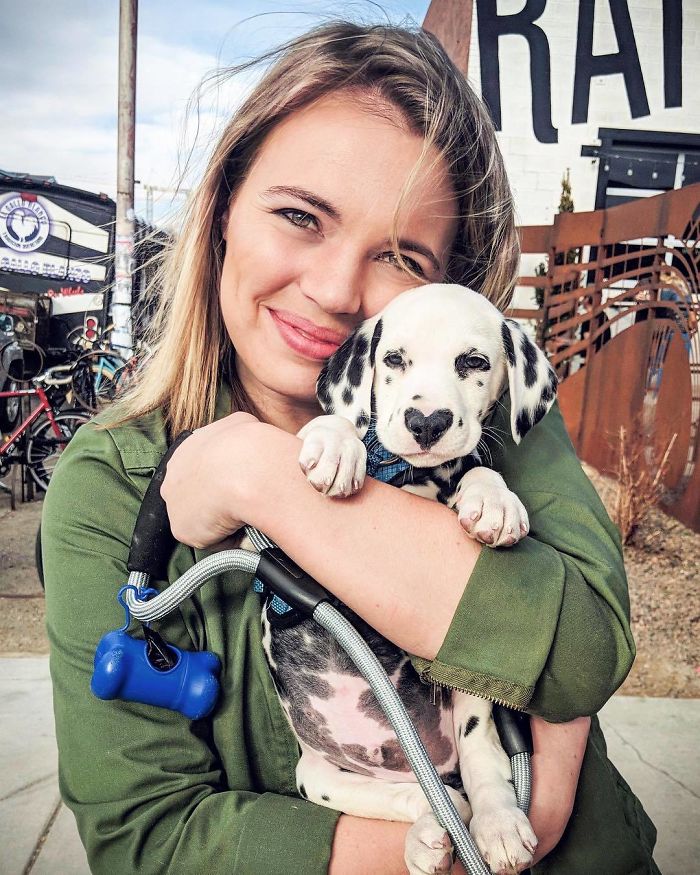 Well, the sleepy little pup she first met is no more, and the 26-year-old said, “Wiley has more personality bundled up into his little body than any adorable dog I have ever met.”

Luckily for Wiley, the pair lives in an area where the beautiful dog can release some of that energy.

Smith said hiking is one of his favorite activities, “We are so lucky to live in Colorado and have the biggest most beautiful places to play in and explore. He loves hiking or going to one of the many massive dog parks here.”

“He also enjoys car rides and sits where he can look out the front window like a true copilot. But when he gets sleepy, he really, really LOOOOVES to snuggle.” 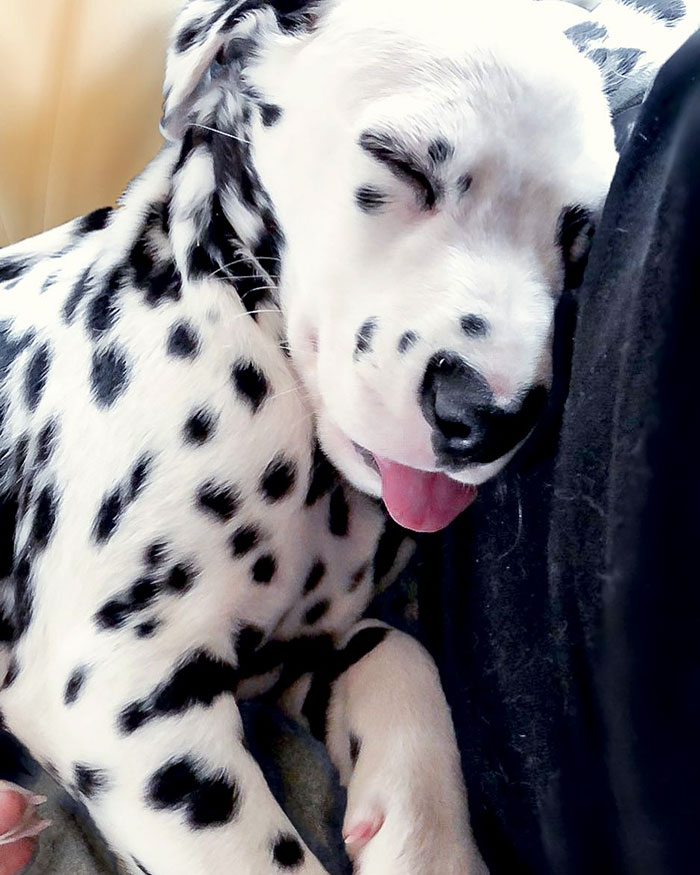 When this adorably cute do dog isn’t snuggling, his mom said he could also be quite stubborn (a common trait among Dalmatian dogs).

“Wiley’s truest dalmatian traits are constantly making me laugh. Usually, it’s a giggle paired with shaking my head, laughing off total frustration from his stubbornness, but that’s part of owning the breed. If you can’t laugh it off and be creative in finding a solution and training the naughty traits out of them, life with a dalmatian would be such a challenge.”

For Smith, she wouldn’t trade Wiley’s occasional stubbornness for the world, “I have been really lucky with Wiley, though. He has the best heart, and I’m not talking about the one on his nose. He loves everyone he meets and is always so excited to make new friends. He has been relatively easy to train and has made the best little adventure partner I could ask for. He requires so much attention, and he’s basically attached to my hip, but that’s what I love about him.”

The Colorado native isn’t the only one who appreciates how special Wiley is. Thanks to his growing Instagram, the Dalmatian gets noticed on the street.