A rare albino baby squirrel was recently brought to rescuers in the UK and brought to Folly Wildlife Rescue to be looked after. Although the rescue centre doesn’t know how the squirrel was found, they knew the tiny animal needed care.

Named Polly, the albino grey squirrel appears to have hurt her head. Maybe she fell from her family’s nest?

In any event, Folly Wildlife Rescue says she is doing very well: “She has responded very well to treatment for a suspected head trauma and is feeding well and she loves apple and baby rusk!” 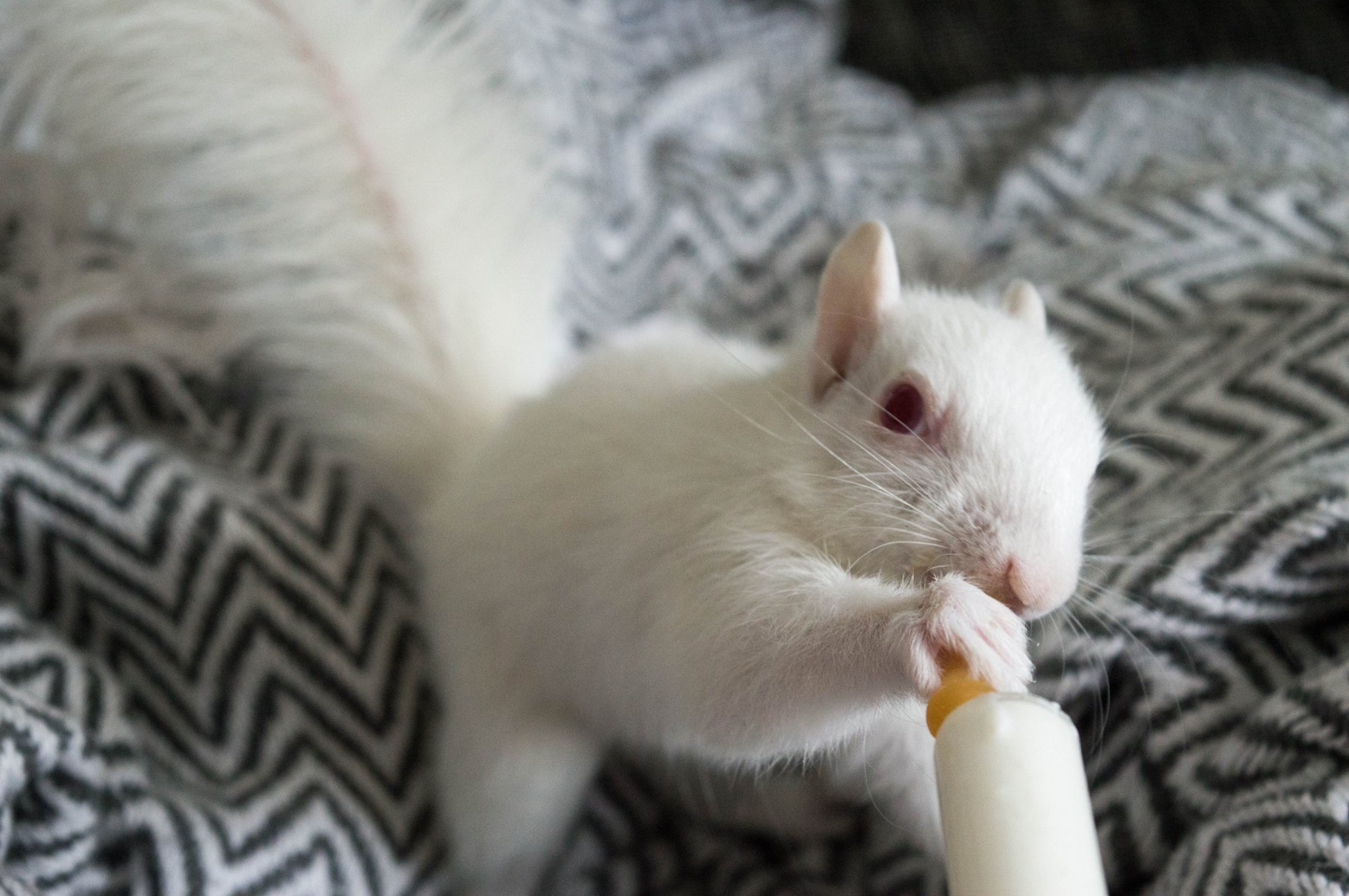 Polly will be a permanent resident of the centre. “Due to her being albino, she is at risk in the wild so will not be released,” they wrote.

Albino animals have a tough time in the wild as they do not have the camouflage that their regular-colored kin have.