Spot the Poodle and Arlo the Siberian Husky were found wandering the streets of Oakland, California and were brought in by animal control and rescued by the Humane Society Silicon Valley (HSSV). Whether the two have been lifelong friends or met on the streets, one thing was clear to HSSV staff – the two loved each other, calling them the “most adorable mismatched duo ever.”

That’s when they knew the bonded pair would need to find a home together, no matter what. 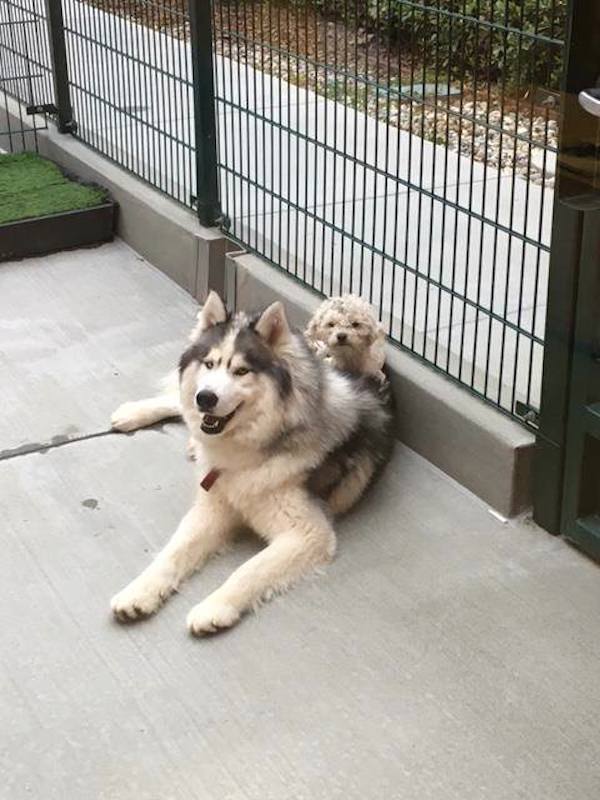 “They look out for each other and need a home together. Spot (the poodle) always sleeps on top of Arlo (the husky) and he looks out for her,” HSSV wrote on Facebook.

Although the HSSV staff vowed to never separate the two, they first needed some long overdue medical care and TLC.

“Spot was actually so matted she was practically immobilized. A wonderful volunteer groomer named Cindy Perry freed her from her hair cage,” HSSV wrote. 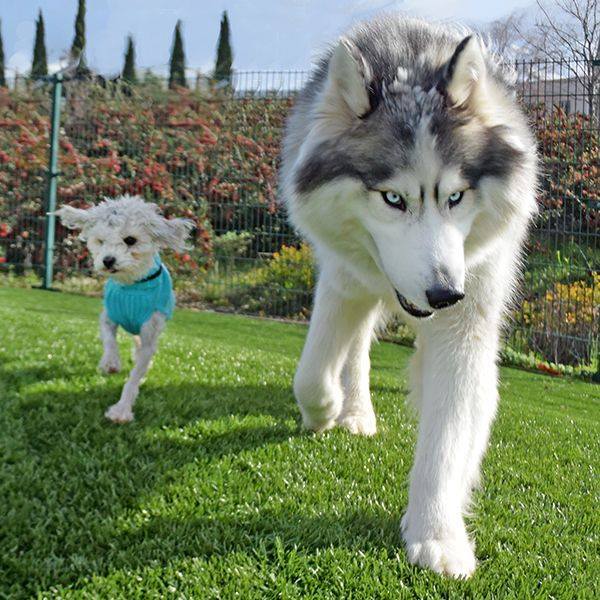 When the newly groomed Spot returned to her kennel, Arlo had to give her a sniff and a once over, just to be sure it was his pal.

As for Arlo, he may be the big dog, but his health is more frail than Spot’s. Arlo took sick with a respiratory issue and tummy troubles a few days after he arrived at the humane society and went to get medical attention with the HSSV’s emergency veterinarians.

“Arlo was okay but very, very emaciated. Hard to tell under all the fur – he only weighed 53 lbs,” the humane society explained. “Both he and Spot were pretty skinny when they were found and he got very sick, very quickly.” After spending the night at the emergency vet, he’s back with them and doing better. 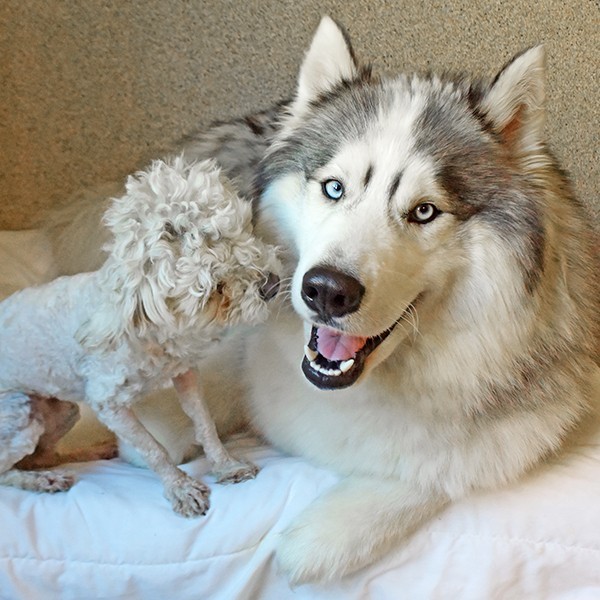 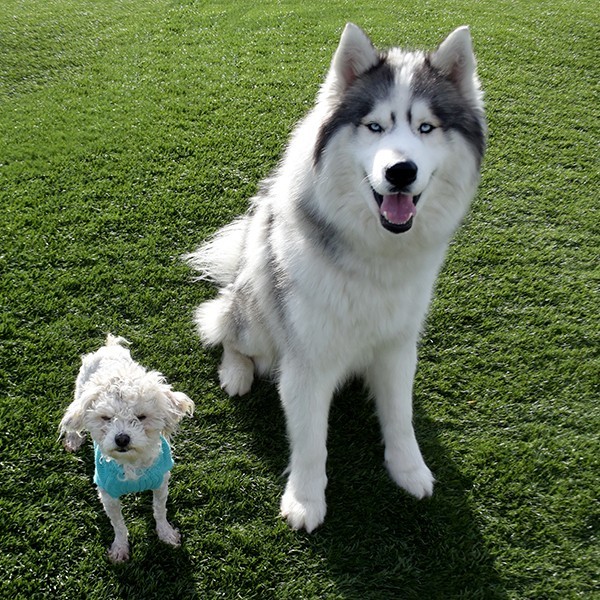 Arlo and Spot’s adoption has been (only) temporarily put on hold. “Once he’s back on his feet he and Spot will be back to looking for a home where they can be together.”

I’m glad Arlo is on the mend. I want both Arlo and Spot to find their forever home together. Two such beautiful dogs should never have been homeless on the streets!