Australians Dmrenzo Kotze and friend Chris Dimasi were driving home when they saw a poor wombat lying on on the dirt road. The wombat was deceased but the men decided to move it to the side of the road when they saw “something moving inside”. They thought it might be a baby and finding a knife the pair agreed to “cut it open and get whatever it was out”.

“Chris did the C-section because he works at an abattoir,” Kotze told Perth Now. “It was actually more comforting to see the baby was moving [so] we were happy to do it.” 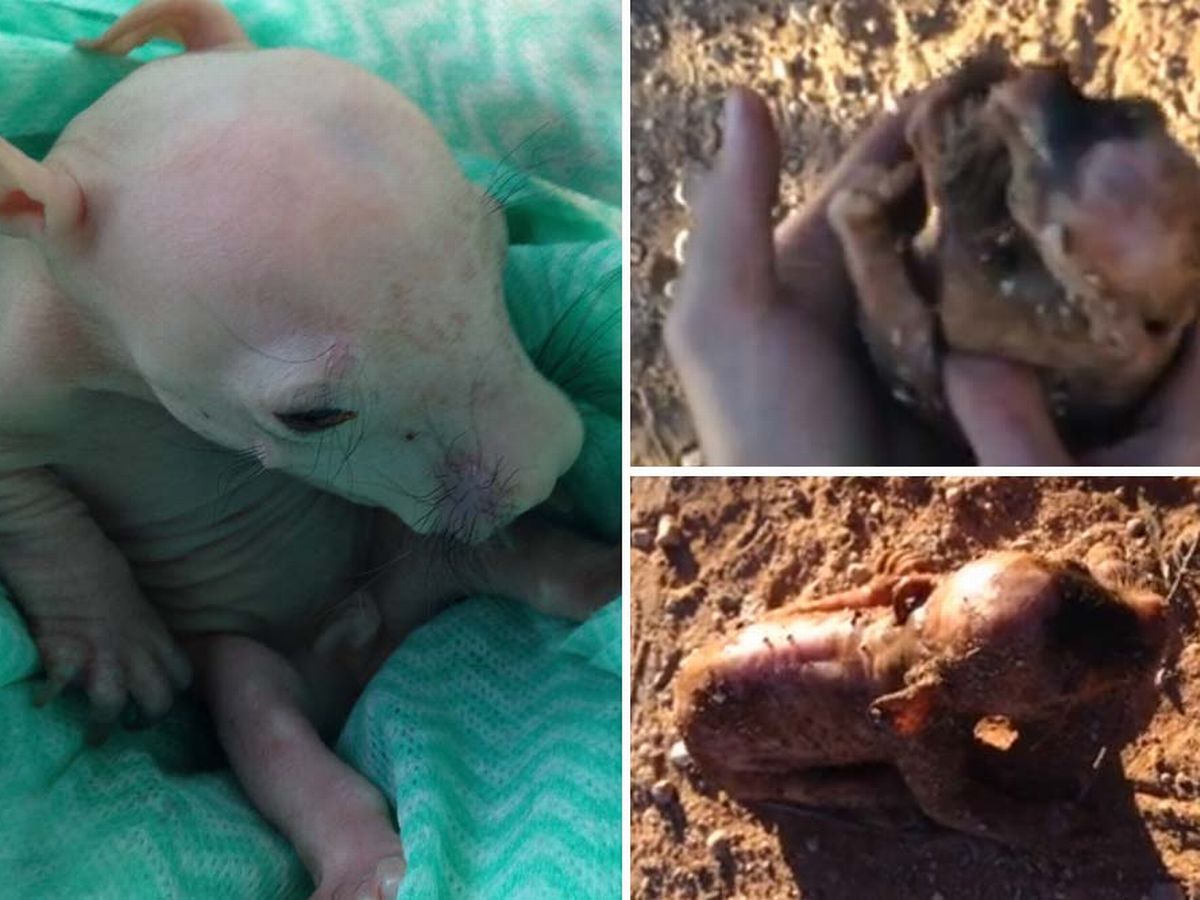 Once they freed the baby from the womb, the men gave the baby wombat a wash before handing him over to Jane and Phil Budich, members of Fauna Rescue South Australia.

Kotze wrote, “I would like to say Chris an myself are now proud fathers of 3 month old wombat Jeffery.”

Jeffery is now getting four-hourly milk bottles day and night and has been rechristened “Whisper”.

Jane Budich said, “The boys did an absolutely excellent job – I cannot commend them enough,” she said. “I can’t thank them enough for what they did and how they did it and how gently they did it.”