What started as one person’s cruel indifference to a homeless dog’s suffering ended with the dog’s amazing rescue.

Pumpkin had chemical burns all over her body and had been shot by a bb gun when a man took a photo of her and posted it to Instagram with the caption, “LOL…only in the 3rd ward, I see a burned up dog.” He thought her suffering was funny. 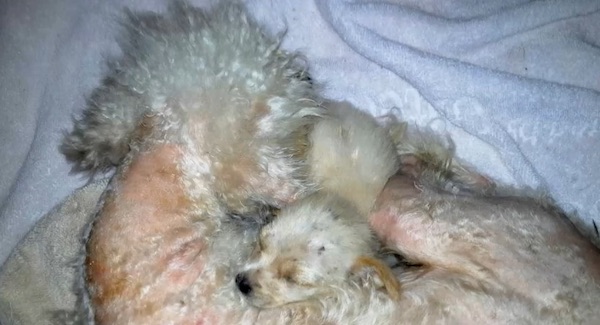 But others did not.

The shocking photo spread on social media and came to the attention of local rescuers. They rescued her and took her for medical attention. Vets struggled to keep her alive, and miraculously, she pulled through.

But she wasn’t the only one they rescued that day – they also rescued her puppy! 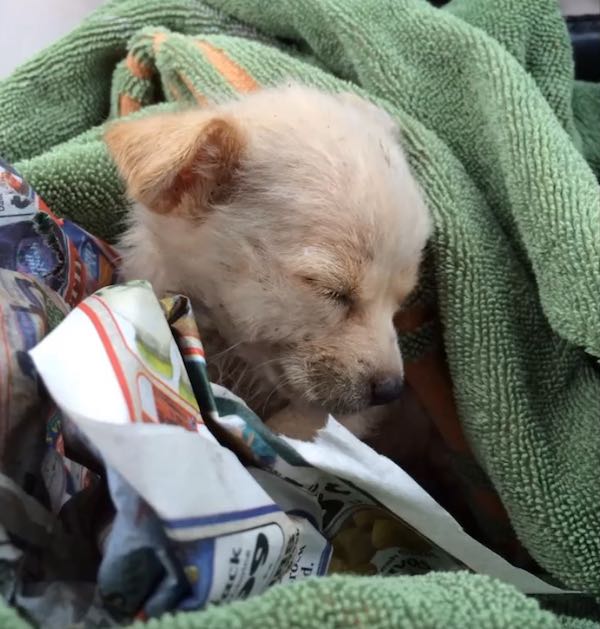 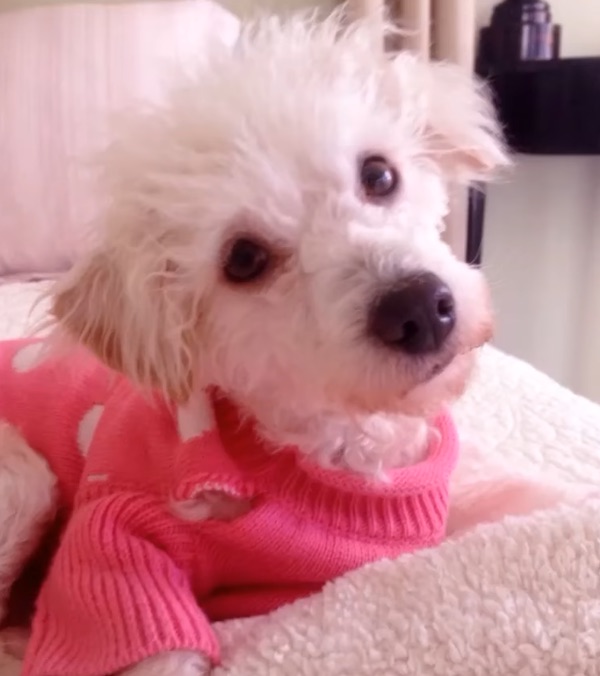 From there, Pumpkin began a journey that would transform her life.