A senior dog in St. Louis, Missouri got trapped in the sewers only to be rescued by bystanders who noticed the dog in trouble. Stray Rescue of St. Louis arrived to help pluck the frightened dog out of the hole.

One of the rescuers volunteers to go get him and goes down into the sewer, but he takes a moment to comfort and calm the dog down before lifting him to safety. The touching moment was caught on video and the old dog comes in for more cuddles with his rescuer after he’s safely out. 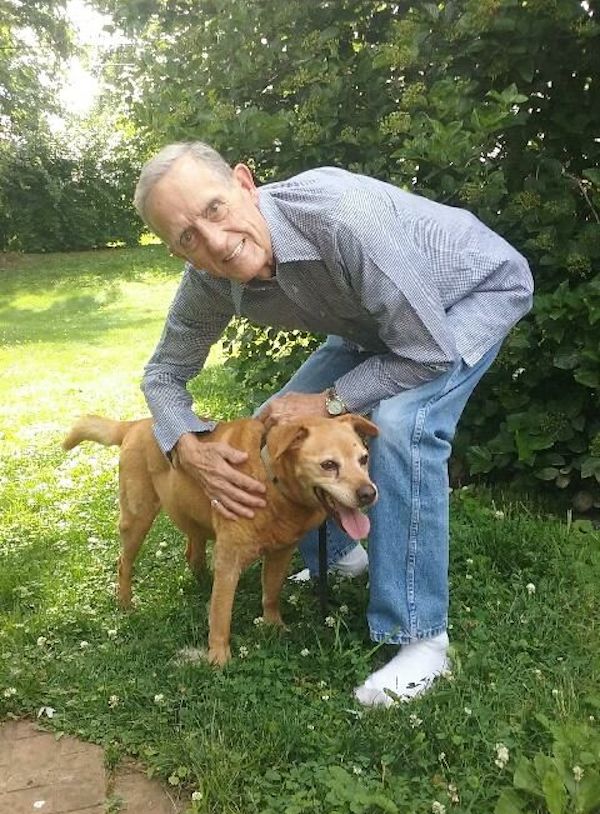 As it turns out, the senior dog was a lost dog! Even though he had no chips or tags, his dad saw a news story on Fox2Now and came and got him a day after he was rescued. The dog’s dad said “they had been crying and were so worried”. They reunited on Father’s Day and Stray Rescue of St. Louis wrote, “This was the best Father’s Day gift ever. Here they are reunited!”