One of Norway’s best-known hunters, Halvor Sveen, has adopted two orphaned fawns after their mother died. The fawns’ mother accidentally broke her neck after she got spooked and ran into a fence. Sveen noticed she was lactating, which led him to finding the two fawns.

He knew he couldn’t leave them to fend for themselves so he took them home and is nursing them. The two fawns sleep next to him in bed because they need to be bottle fed eight times a day. 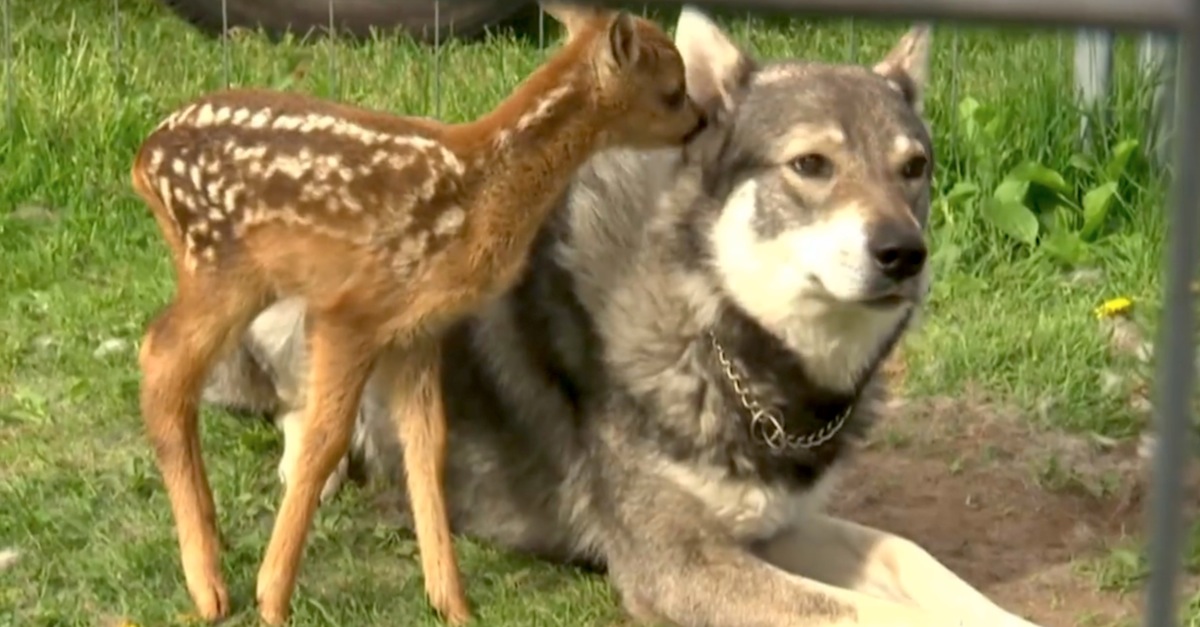 “Well, here I sit half asleep in the middle of the night, and then I’m not even thinking of deer roast,” Sveen joked.

He has named them Knoll and Tott after the The Katzenjammer Kids comic strip and says the two fawns are the kindest, nicest beings. His husky, Hunter, is also looking after the orphaned animals.

When they’ve grown, he plans on releasing them back into the wild onto an island wildlife preserve that has no predators.