Meet B.B., a puppy mill poodle who had spent all of her life locked in a tiny cage in the basement. The mill in North Carolina was raided by the Humane Society of the United States (HSUS) last September. Animal workers could tell the doggie was bred over and over again. “She was very tiny, and she looked like this helpless creature,” Jessica Lauginiger, animal crimes manager at HSUS, told The Dodo.

B.B. was taken to Cabarrus Animal Hospital, where she caught the attention of Brenda Tortoreo, who worked there as a receptionist. “B.B. was in a corner,” Tortoreo told The Dodo. “She looked pitiful. She was scared to death… And I said, ‘That’s the one I’m going to take home.’”

But, having spent all her life in a tiny cage, the doggie seemed confused at Tortoreo’s place. “I put B.B. down on the floor, and she kept going in circles — not running, but walking,” Tortoreo said. “I guess that’s all she knew to do.” 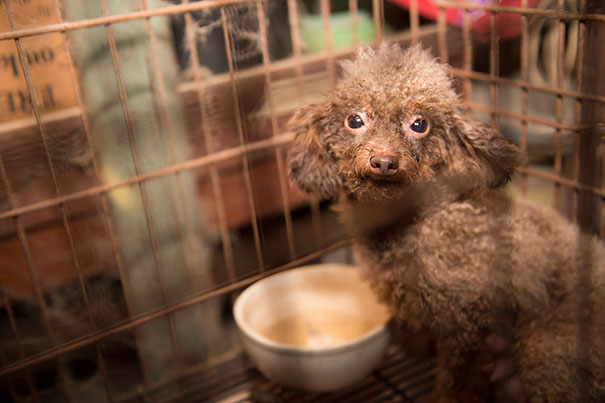 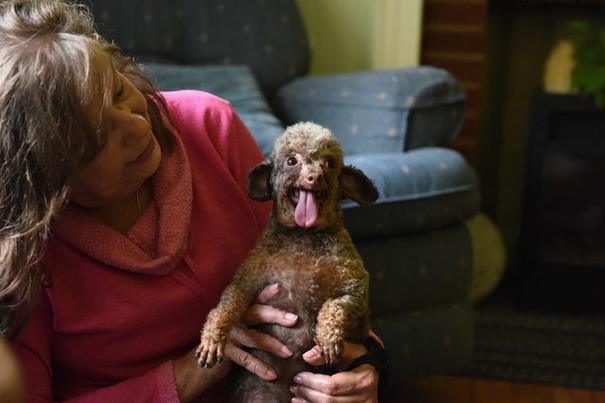 “She never knew what sun was,” Tortoreo said. “She didn’t know what grass was, and she was terrified of it.”

Little by little, the pooch got accustomed. “She runs around the house,” Tortoreo said. “She’s really come out of her shell. She’s my little princess.” 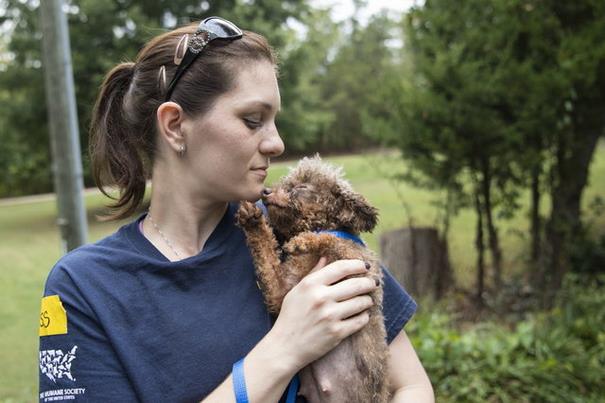