Meet Sudan. He is the rarest rhino on the planet and the most threatened. He also appears to be the friendliest. “When we call his name, he will respond by coming,” one of Sudan’s guards said. “Sudan feels comfortable when he is being scratched under the belly and behind the ears and he feels very relaxed.” 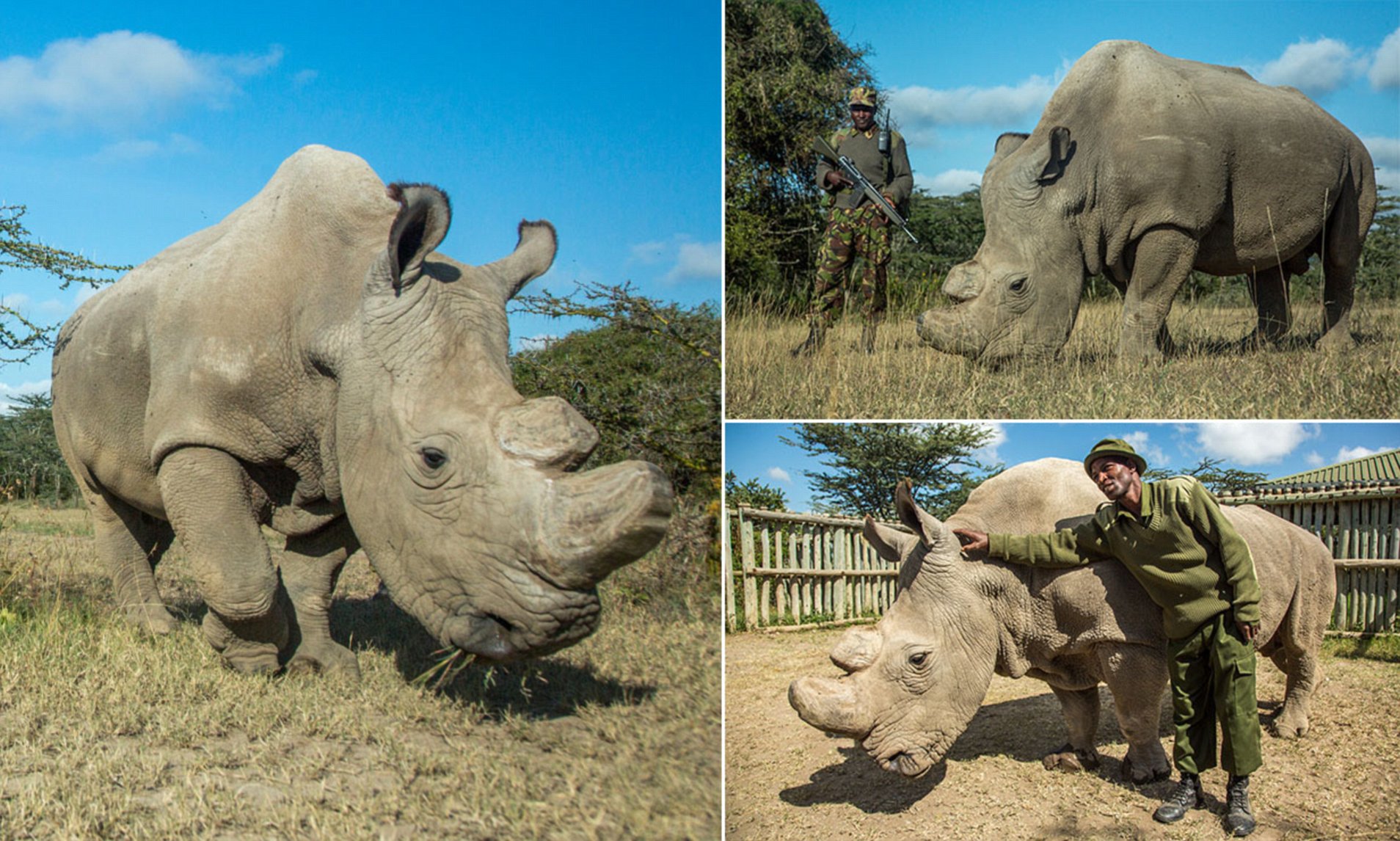 Sudan is so people-friendly because the northern white rhino spent 35 years in captivity at a zoo in the Czech Republic before he was brought to Ol Pejeta Conservancy in Kenya to live out his days in his natural environment. Sudan is now cared for in the proper habitat for rhinos, but he is guarded 24 hours a day because of the threat of rhino poachers.

It’s so sad that they need to take such drastic measures to protect him, but even that may not be enough to save his kind from extinction. As sweet and friendly as Sudan is, he’s getting older, and efforts to breed him have been unsuccessful. There may be a glimmer of hope in science, but for now, Sudan is the last male northern white rhino in existence.