Dogs behave in the cutest ways. We already saw that with one doggo that went viral because she finds the fluffiest dogs in daycare so she can nap on them. Another canine who became an internet sensation is Ruby, a German shorthaired pointer that shows her affection for other dogs by petting them!

Ruby goes to The Den Doggy Daycare in Burlington, Ontario, together with her brother Miles. It was there that the owner of one of the other dogs noticed Ruby’s strange but adorable behavior a few months ago. 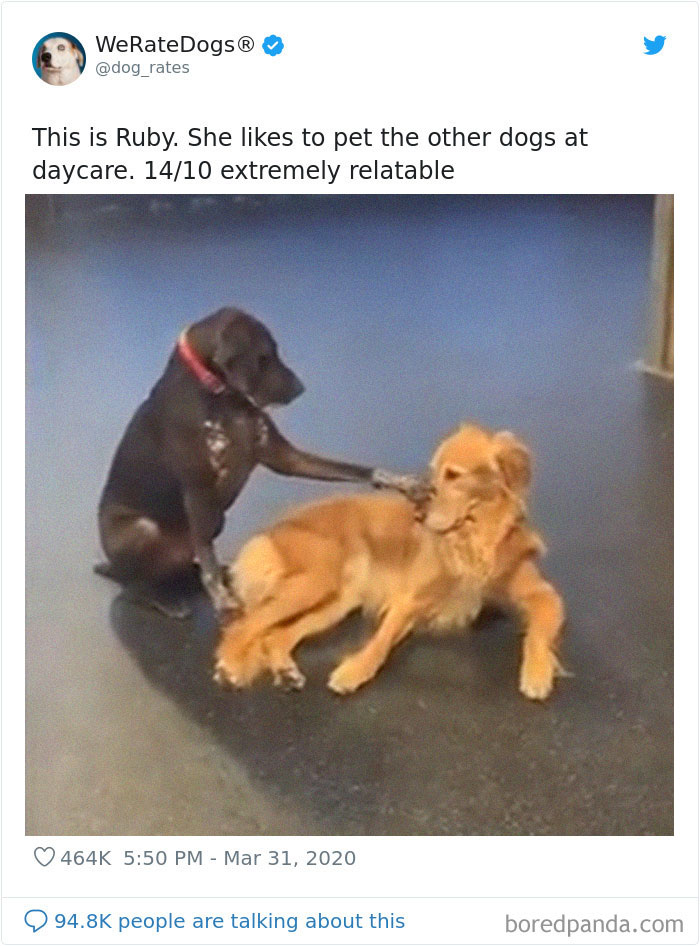 “She does it every time she is in. We think she wants attention!” dog Lexy’s owner Alanah Lorraine told the Dodo about Ruby petting and patting other pets at the daycare.

According to Spencer from The Den Doggy Daycare, Ruby pets other dogs almost every single time that she comes to daycare. “She usually starts with her brother Miles and as the other dogs in daycare start to chill out, she will get to work on them as well. Miles doesn’t seem interested in giving pets, just receiving.”

“We think it started with trying to get Miles’ attention or to play with him and just evolved from there, most of her friends at daycare don’t mind and see it as her playing with them,” Spencer told us. 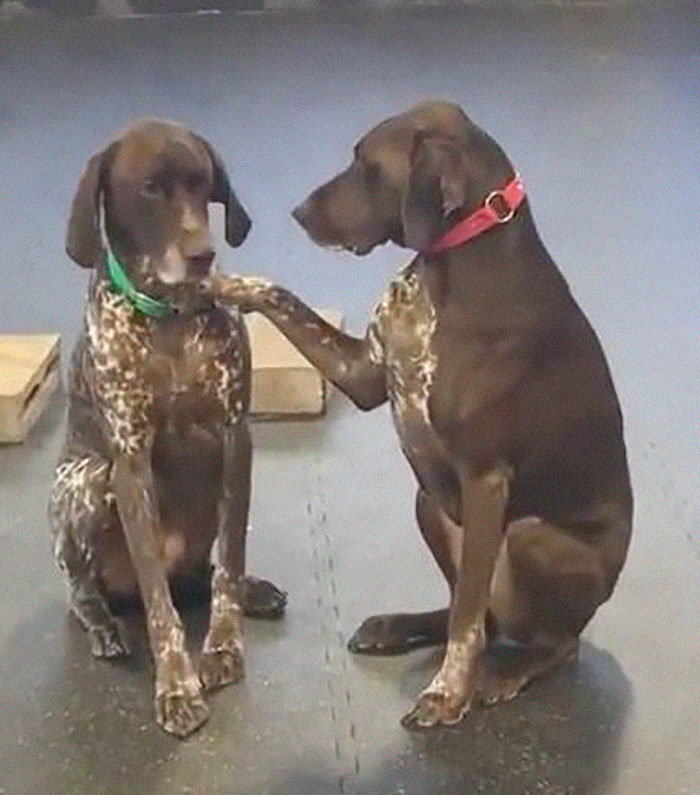 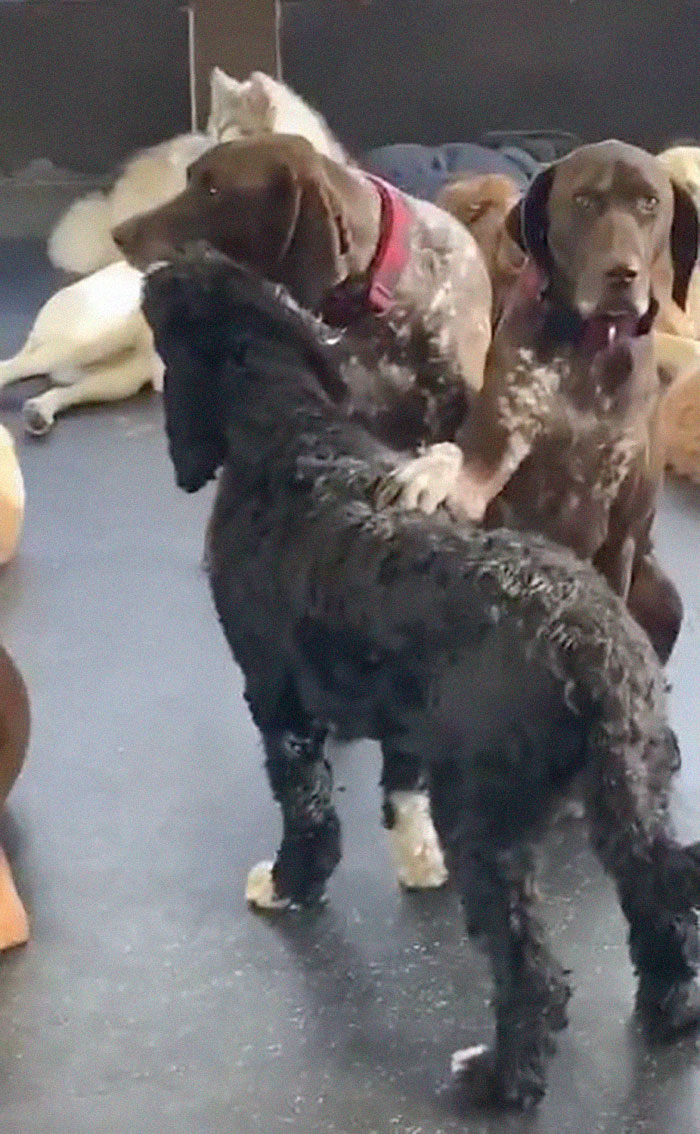 He also pointed out that they’re the only daycare in Burlington that offers free roam indoor/outdoor daycare. “For the last 3 years, we have won the award from the Burlington Post for Best Doggy Daycare. Our staff that work with the dogs are the absolute backbone of our service and are amazing with the dogs, we could never do this without the team we have.”

“We are so grateful to see everyone enjoying the video Alanah made and now everyone gets to experience the happiness dogs like Ruby bring us every day,” Spencer added. 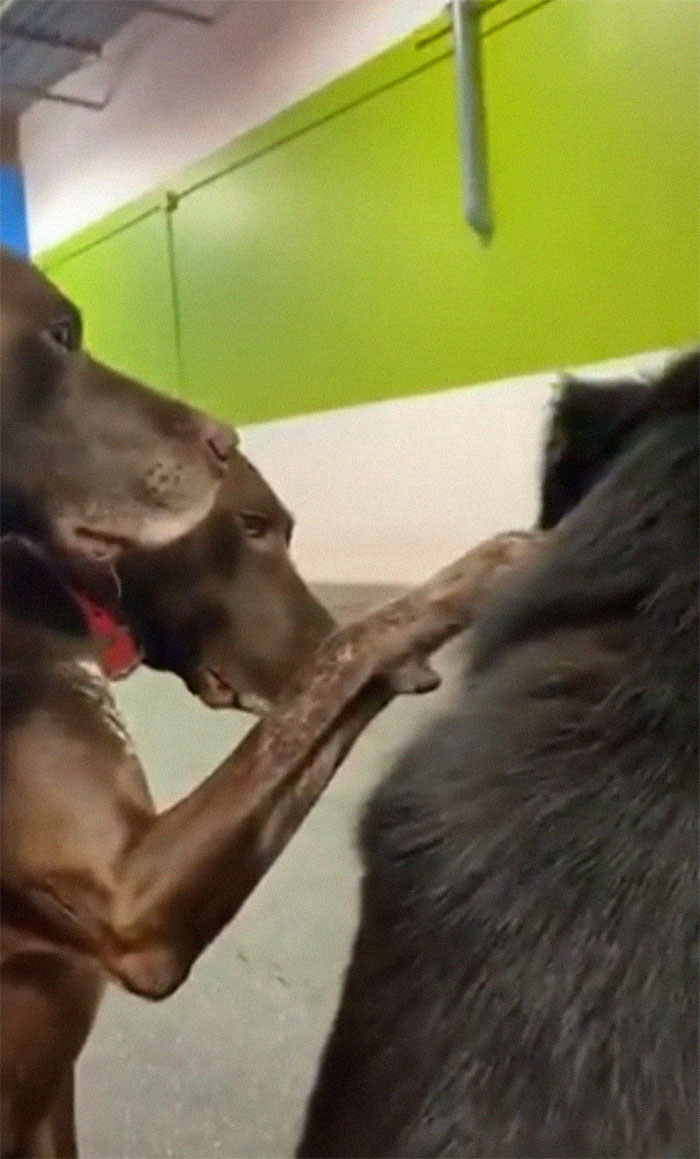 The other best boys and girls at the doggy daycare often seem confused, befuddled, and bewildered by Ruby’s actions. Their reactions are priceless! However, they still seem to enjoy Ruby petting them with her paw.

“Most dogs aren’t bothered by it and just let it happen,” Alanah said. She started filming Ruby’s interesting way of showing her love for others every time she saw it happen.

Then, she compiled all of the clips together and posted the video on TikTok where it got more than 620.4k views and over 144.8k likes at the time of writing. The video was also shared by the incredibly popular We Rate Dogs Twitter account and got 7.7 million more views!

According to Alanah, she thought that the video would be adorable. However, she never imagined that it would be as popular as it is.

When dogs paw at each other and their owners, this can mean a lot of things. For instance, they might want attention or for others to play with them. Also, doggos can start pawing when they need something else, like food and they’re trying to “subtly” get your attention.