High school student Payton Dankworth from Ballinger, Texas, has accidentally found herself as the momma to a tiny little baby donkey named Jack, and she couldn’t be prouder! It all started a few weeks back after she got a call from a friend who had made a heartbreaking discovery.

“One day my friend was out riding horses when he stumbled across Jack,” Payton told Bored Panda. “His mom wasn’t taking him so he called me and asked if I’d like to try and keep this baby animal alive. He was very malnourished and wasn’t doing very well. So I told him yes, I would do my best!” 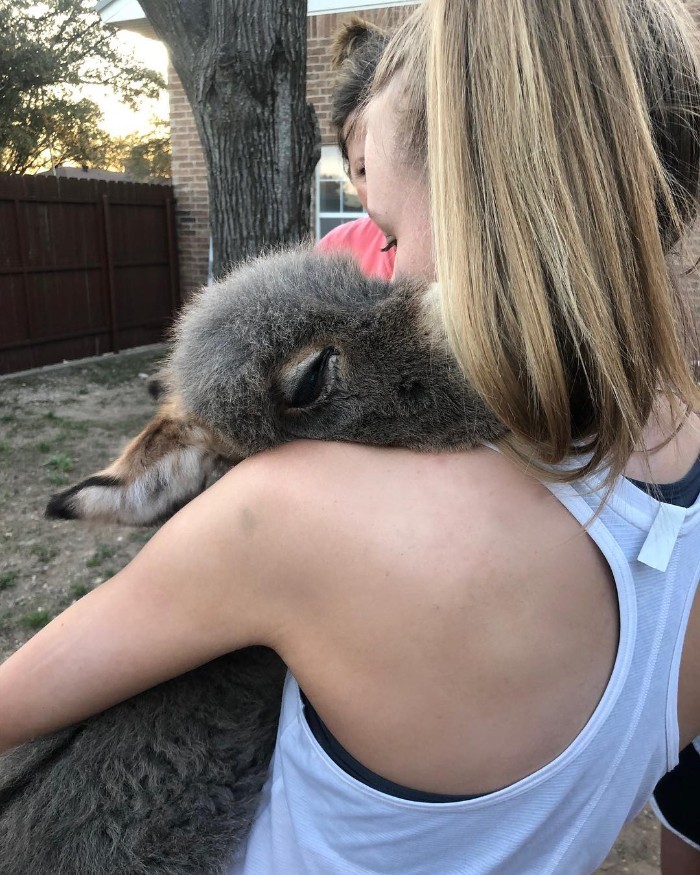 The cute donkey was in a really bad way, and it was touch and go whether he would survive at all. “The first night was the hardest night with him, trying to get him to eat and use the bathroom so we would know that his insides weren’t shutting down,” Payton continued. “After we got through the first night he started taking a bottle and going to the bathroom.”

Having nursed this adorable animal through that critical period, Payton and Jack quickly became inseparable as he took to his new family and surroundings. And although she’d never looked after such farm animals before, Payton was now Jack’s momma, whether she liked it or not!

“He became really playful and now loves playing with my dogs. Right now he sleeps inside with me since he’s still so little and I give him a bottle about every two hours and then take him outside to use the bathroom. Jack also will not go to sleep unless my dog is with him. He will cry all night instead.” 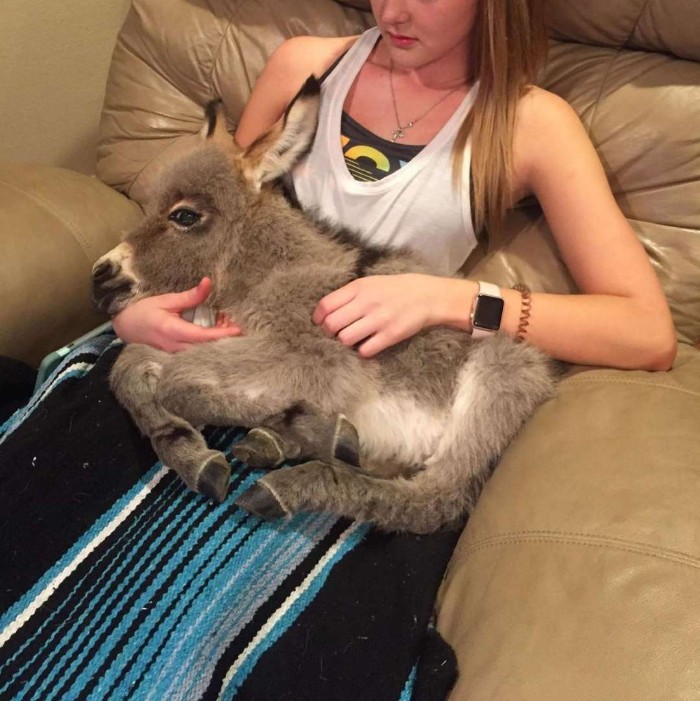 Turns out that Payton is the perfect mom, and he’s found a best friend in her dogs, too! “He loves them!” Payton said. “I take them all together on walks and car rides too! They love that!”

While Payton and her family don’t live on a farm, she has grown up around animals so is quite adept at looking after them. Jack has plenty of room to run around and chase his puppy pals. “I grew up showing steers and I’ve had my fair share of what you would call life on the farm,” she explained. “I don’t actually live on a farm but we do have a property with other livestock animals on it.” 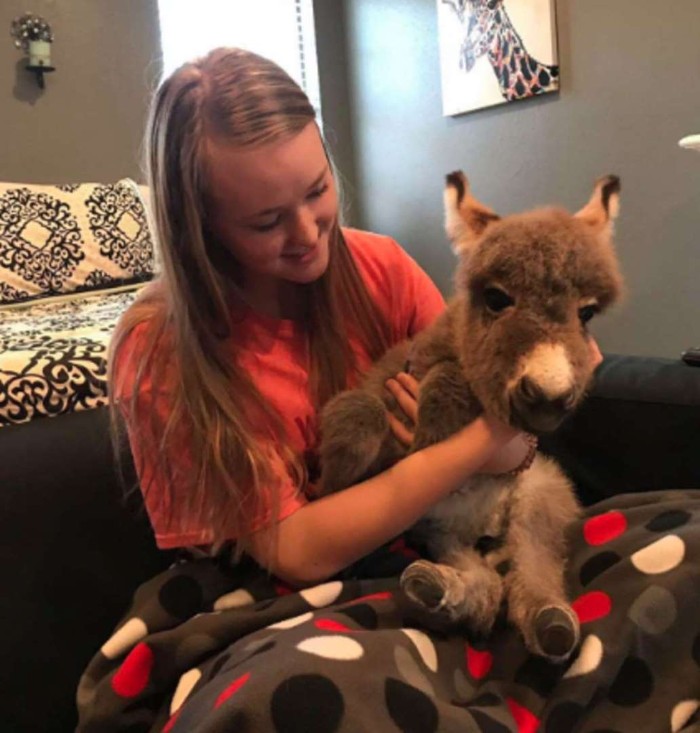 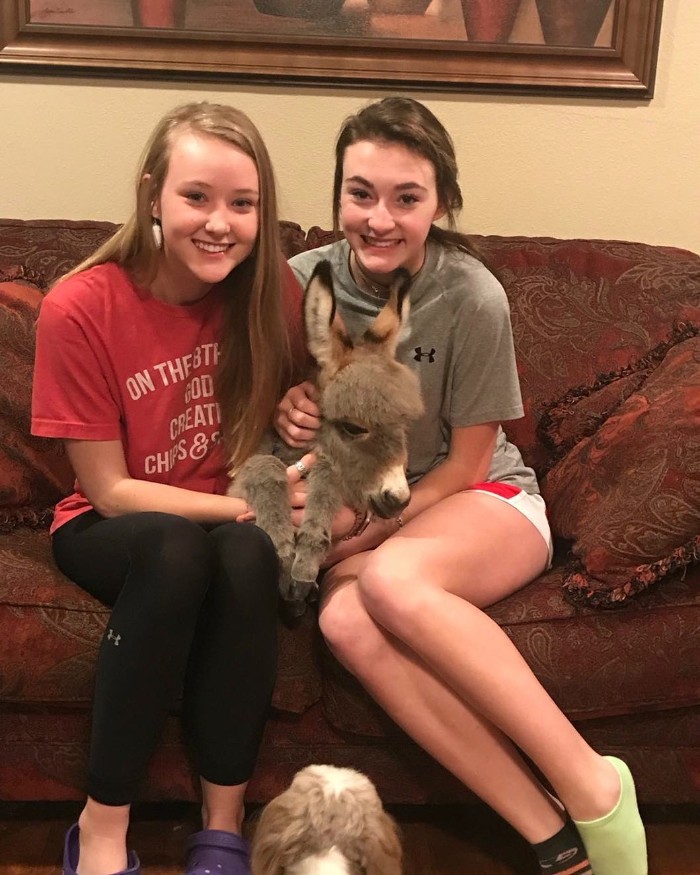 While Payton is at school Jack misses her, but she makes sure that she’s not away for too long. “I go and see him on our coke break and our lunch period to give him a bottle and visit. While I’m at school he goes outside and plays with the dogs! I think he has a lot of fun doing that, he even tries to play tug with them.”