Two stray puppies have recently been adopted by Buddhist nuns in a pagoda in Ho Chi Minh City, Vietnam and the two haven’t stopped hugging each other ever since. Though the bigger pup still looks too tiny and helpless to even take care of himself, he keeps on holding his younger friend dearly in protection. 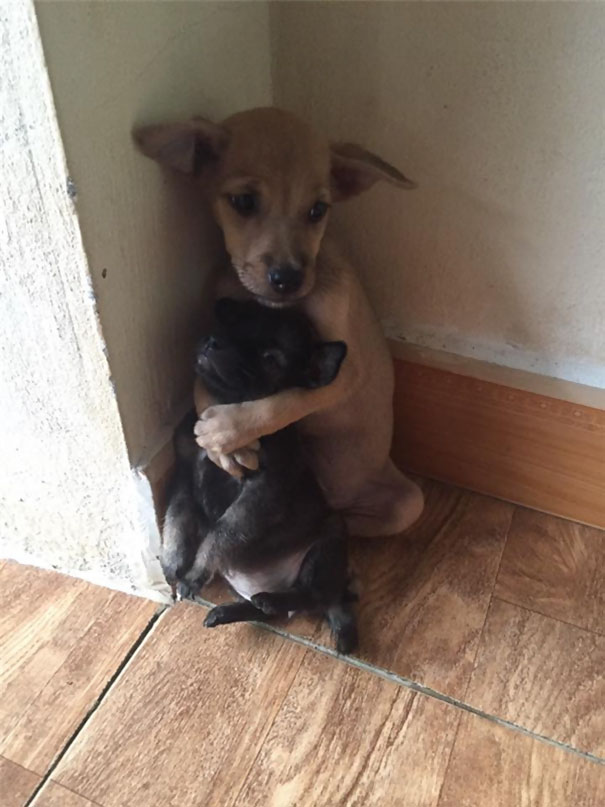 One can’t help but wonder what the two have experienced in the streets before being taken in the temple that has made them look so scared and vulnerable. Luckily, the two are in good hands now. They’re getting used to their new home and even trying to learn meditation from the nuns. Just look at that Zen pose! Everything will be alright. 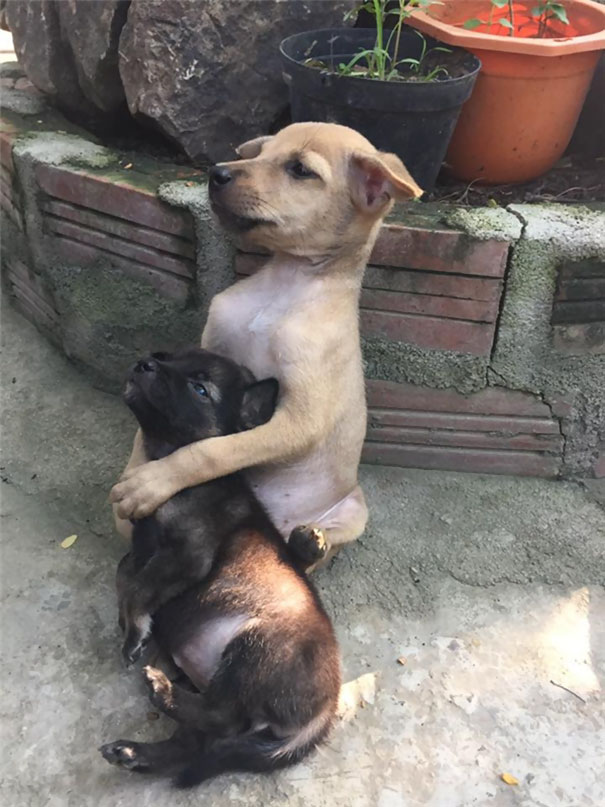 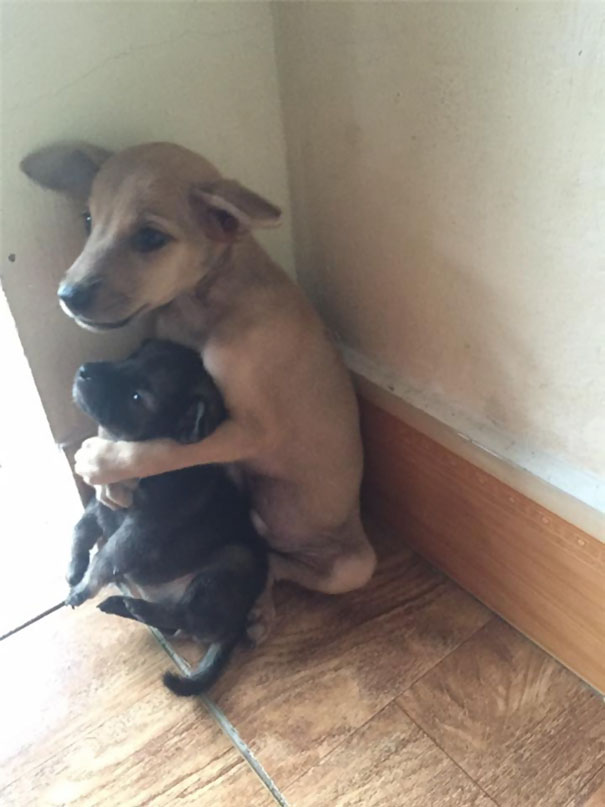