Since children are capable of some of the most authentic displays of emotion, it is thus hard to react in any way other than pure empathy and consolation when you see a kid with a huge frown on his face.

The same applies to dogs. You know that when a dog is sad, you can’t help but feel like you have to shower it with more love than you usually do and proceed to do everything you can to make it feel better. 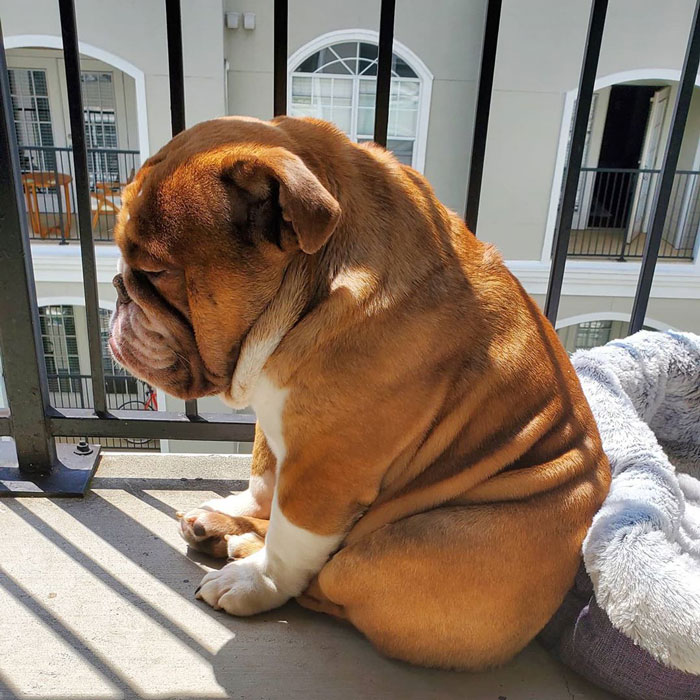 Big Poppa’s hooman Rashida Ellis, a television and film costume designer with whom Bored Panda got in touch for an interview, recently uploaded a photo to Pop’s Instagram and her Twitter of him staring down at some kids playing basketball from their 6th floor patio with an extremely sad frown on his face.

The pup has been trying to get the kids’ attention, but couldn’t as he was too far away for them to hear, and social distancing is making it impossible to meet humans at all at this point. You see, he loves being among kids, adults, and other dogs as he gets a chance to play and gets pets. So lockdown is hard for the little dude.

“[The sadness] started during the lockdown because Pop would usually go outside and play with some of the children in the courtyard every day and also multiple people would pet him when we walk,” explained Ellis. “Ever since the lockdown, none of this happens and he tries to get their attention from the patio, but ends up defeated.” 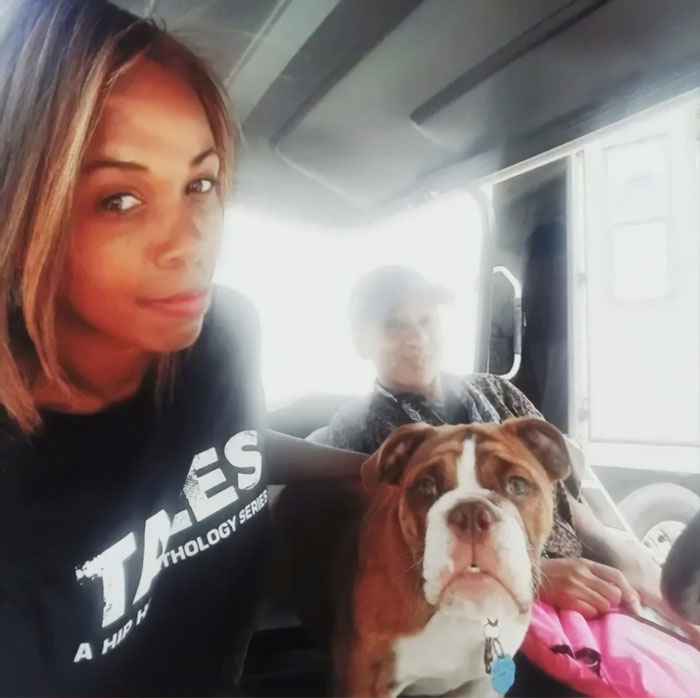 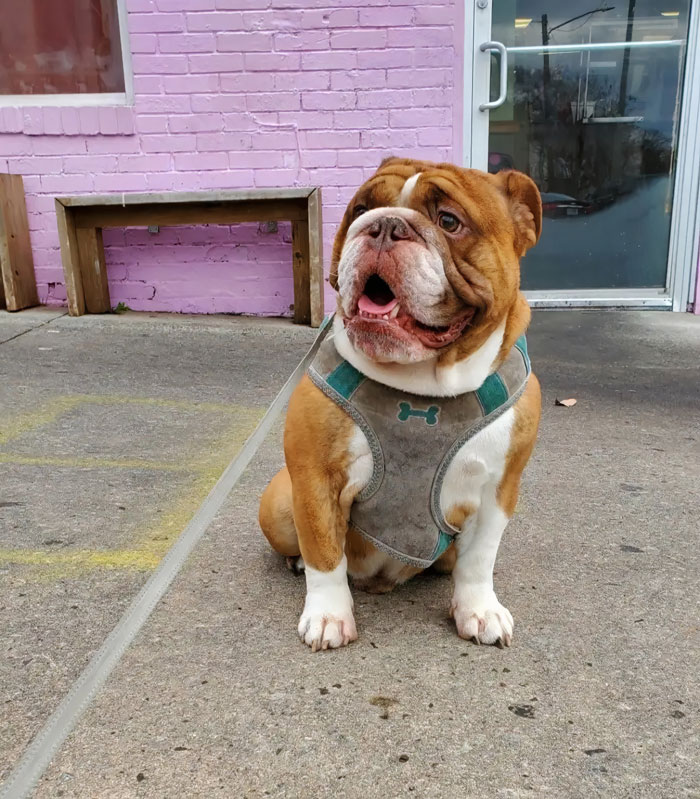 She also explained that the lockdown has made Big Poppa a little sluggish and he sleeps much more than he used to. She could tell that he is not as happy and excited as he usually would be. So it’s completely unlike him to feel this way.

The photo of sad Pop went viral as soon as the photo hit the internet. Everyone began empathizing with Big Poppa and sending him lots of love, leaving Ellis quite surprised: “I was very surprised, I woke up like ‘what has happened?’ It makes me feel good that Poppa is receiving so much love. I love sharing him with the world.” And the world loves him being shared with them. 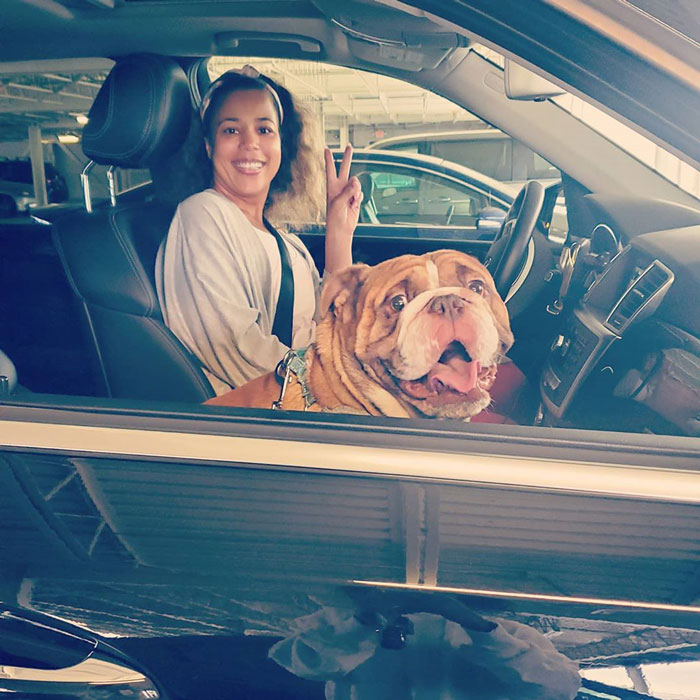 In just one day, Ellis’ tweet garnered over 650,000 likes with 72,500 retweets. Big Poppa’s Instagram also got some love with the photo receiving over 21,000 likes and nearly a thousand comments.