Probably most of us quite frequently hear how the world is full of surprises. And we here at Bored Panda are certainly not ones to argue. After all, mother nature constantly throws in surprises for us, especially when it comes to animals doing something quite unusual. Whether that be baby possums choosing a dog for their momma or animals of different species in unlikely friendships, we can only guess what the motivation behind some of these friendships is. Sometimes it makes actual sense while other times, we can only watch and marvel while guessing could there be more to the story than we actually see. Today’s story is following that last thought when someone spotted a gorgeous beluga whale acting quite weird as he decided to make friends with a seagull! 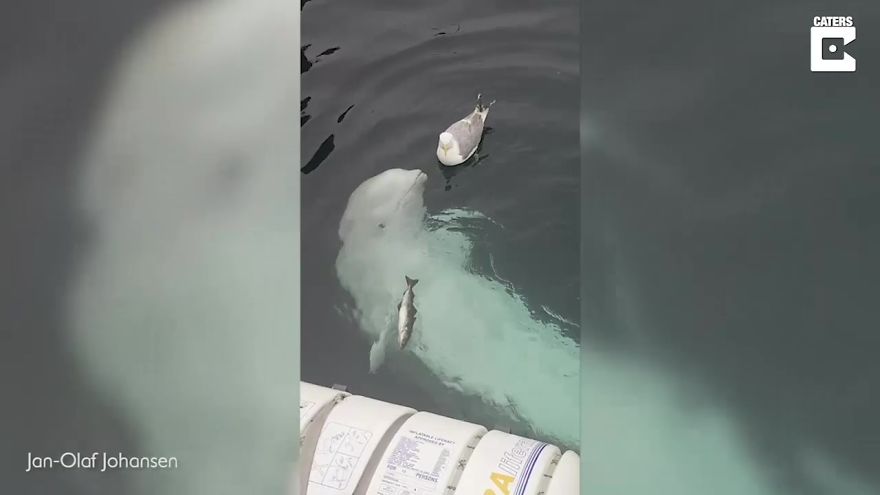 The Norwegian shores of Hammerfest were visited by a mysterious white beluga whale a couple of months ago. Some people named it Hvaldimir and speculated it could even be formerly trained by the Russian military. While this secret remains unsolved, the beluga was spotted near Norway a couple more times. We can’t be certain it’s the same one but this time, a search and rescue vessel worker Jan-Olaf Johansen saw it and filmed it behaving quite strangely. 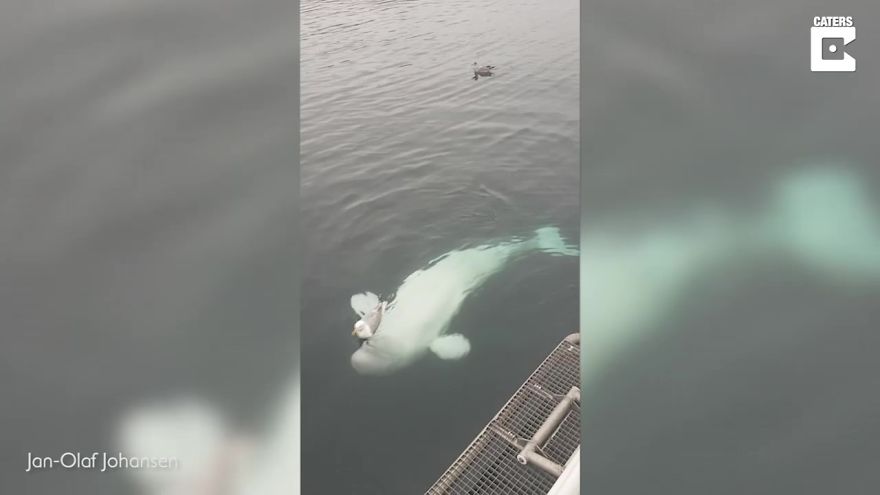 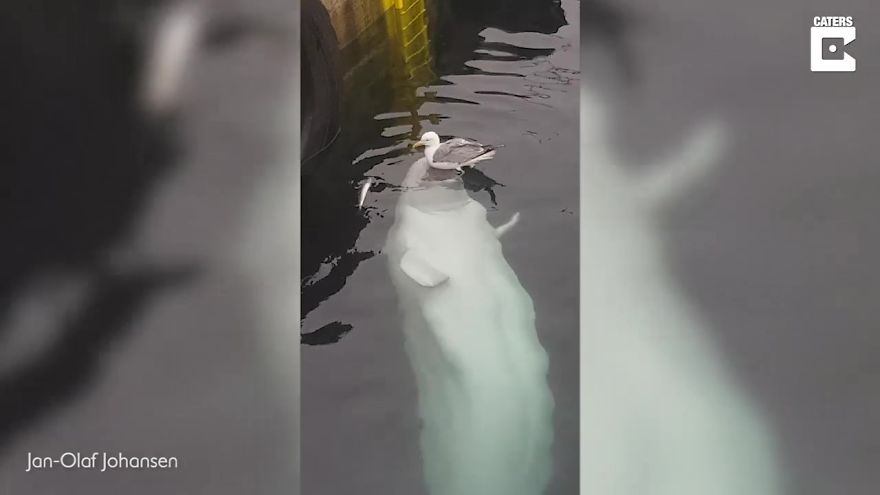 Mr. Johansen said his first time seeing the whale was only two months ago. But working on a search and rescue vessel, he has seen many different types of whales worldwide. Despite that, he described this particular sighting as a “very special event. I think all who look [at the video] think it was very fun but are also surprised he was so gentle. But what was shown in the video was only half of the show between the two. He [the beluga] swam under the seagull and blew bubbles up to get attention and after, taking water in his mouth and spraying on the seagull. Never seen any similar behavior.”