Sadly, not all adopted dogs find a forever home. Last September, a family with four kids adopted a 3-year-old brindle boxer mix, called Rhino Lighting (Rhino for short). He lived with the family for a few months, but they took him back to the shelter because they felt that he was a little too active to live with their small children. However, to make Rhino’s next transition easier, one little girl had filled a notebook with a set of instructions and other important information, and it shows how precious their bond actually was.

“Hi, if you are reading this, you must own Rhino now,” the girl started. “He was my puppy. I really hope he is in a good environment. I really miss him. I wish he knew that he was a pretty puppy.” 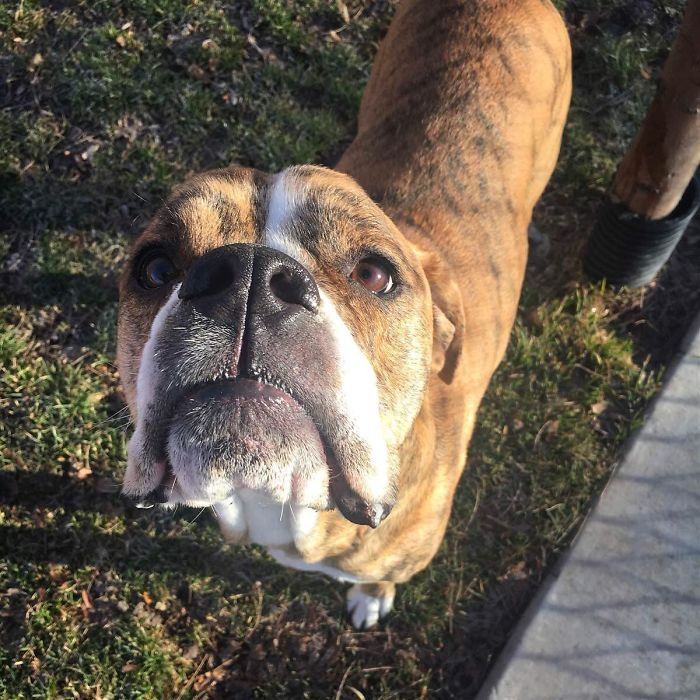 She then explains how to take care of Rhino. For example, the girl talks about taking him out for a run two or three times each day, bathe him once a month, and, of course, give him lots of love. “Rhino is a good dog and he loves cuddles. Just don’t tease him with treats — he will start to bark like crazy, then you have to just try and calm him.” 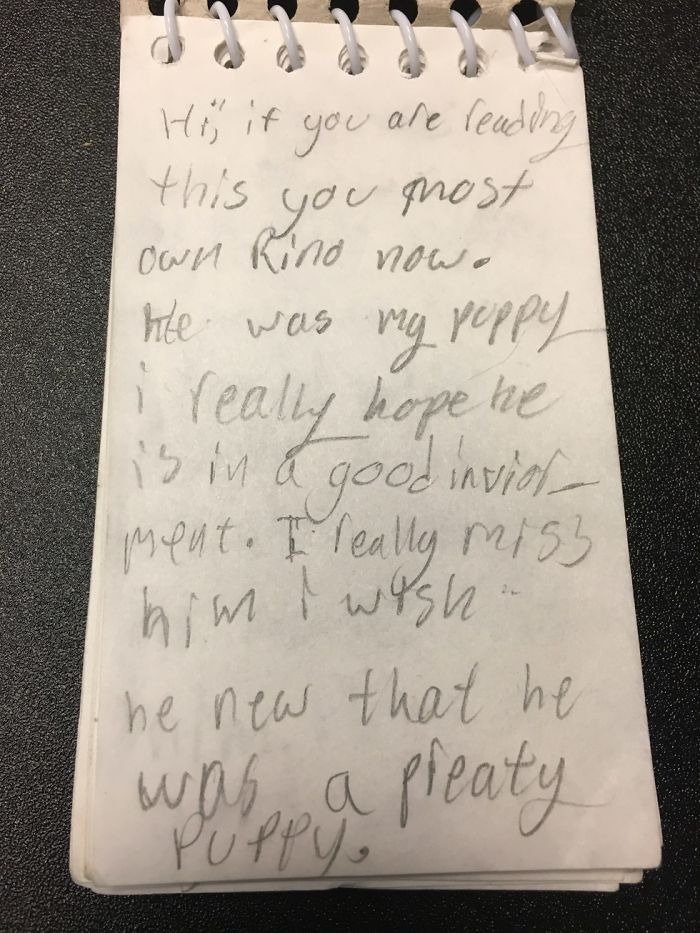 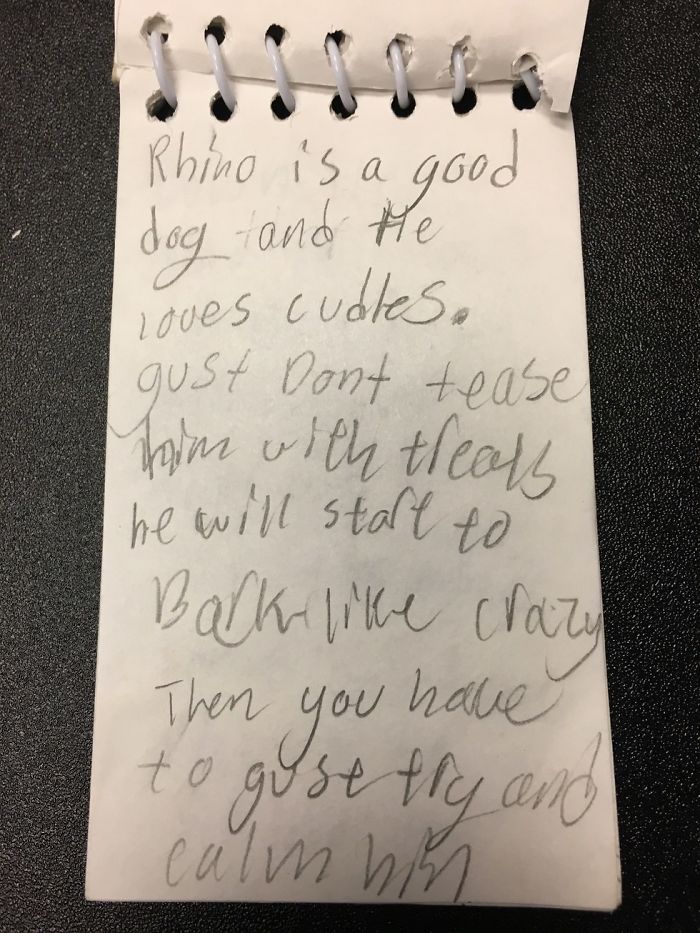 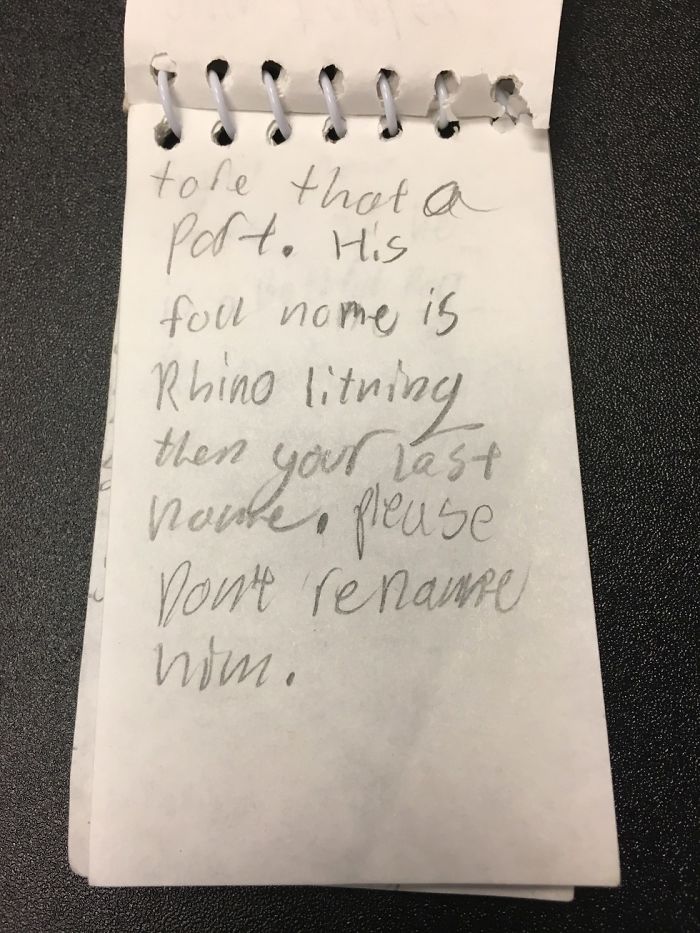 While it’s sad that Rhino was taken away from this girl who loved him so much, he only had to spend a weekend inside the shelter. Another family adopted him, and they even took the notebook! “They’re going to keep his name Rhino Lightning,” Deann Shepherd, director of marketing and communications for the Humane Society of Utah, told The Dodo. “They’re going to make sure they give him a bath and daily runs and everything that she said. It’s really cute.” 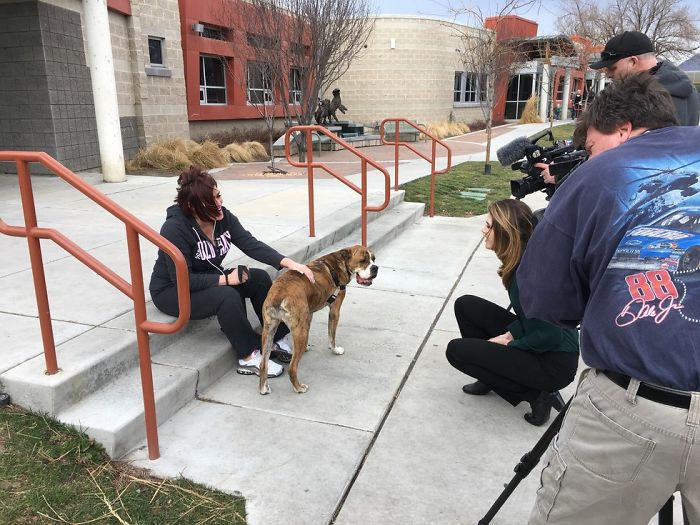