People who go to animal shelters to find a friend often miss out on getting to know each of the dogs. But a photographer Rachael Rodgers from Canada is changing that with beautiful ‘ads’ for shelter dogs.

“A great adoption photo is a golden ticket to the perfect home,” says Rachael. Her love for dogs and eagerness to help them motivated her to begin volunteering at the local animal shelter. She decided to take dogs, drive them to a beautiful location and take heartwarming pictures. The photographer highlights not only the physical features of each dog, she takes time to get to know them and describes they personalities vividly.

Her photos make a big difference in these dogs’ lives. 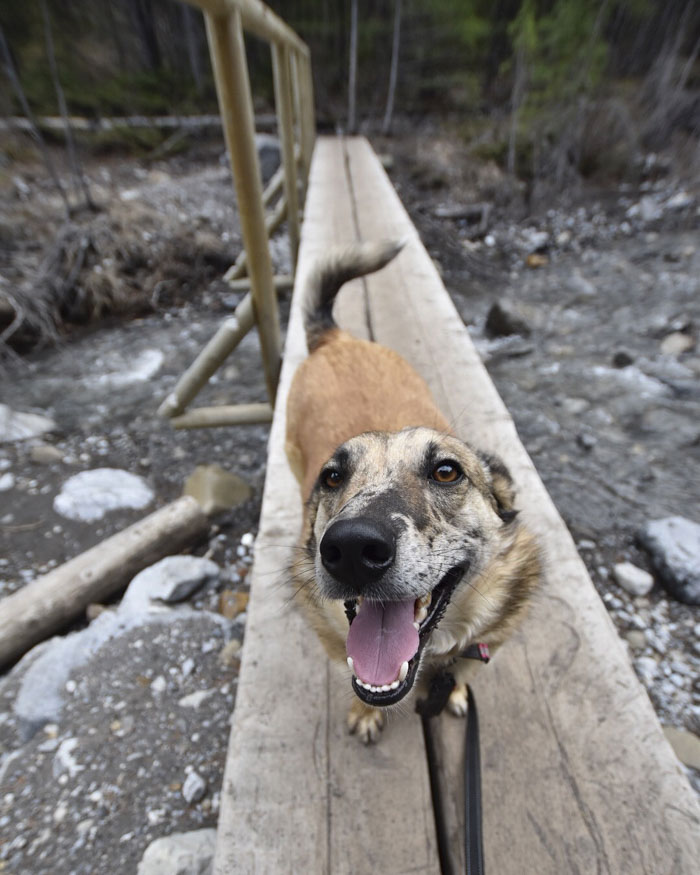 “This is Poppy. He’s about 4 years old and I was told he’s never been on a hike before. I was also warned about Poppy’s neurological issues; he has seizure episodes that show as him biting uncontrollably at the air. I was thus warned not to put hands or face in front of his mouth in case he has an episode.
I immediately witnessed Poppy have an episode in my car en route to our hike (see car video). I had leashed him in the back as instructed for everyone’s safety. I learned a lot about dog seizures this year as our own Denali started having them: they aren’t as serious as in humans, and dogs “bounce back” very quick. It’s scary and confusing for the dog, so the best support is a calm presence without restricting their movement.
That was the last I saw of Poppy’s episodes. (He was undoubtedly stressed in a stranger’s car.) Once we started our hike Poppy was ECSTATIC! He decided without hesitation that he loves hiking and me! I slowly let my guard down and we had many hugs. Poppy was really excited to see the water flowing in the creek and took many opportunities to drink. (Hydration is also important after seizures). His balance isn’t great, so obstacles on the trail that may seem small took Poppy some figuring. I could see that what motivated him was getting to me. He’s the sweetest loyalist stay-by-my-side dog I’ve met in a long time. He’s good with cats and likes to play with other dogs (as long as they are accepting of his quirks). Poppy has no desire to hurt anyone, but since he can’t control his seizures, he won’t move into a house with any children.
Even though everything I was told about Poppy was true, it doesn’t define him. Yes, he needs a special human who understands his quirk, but he brings so much more to the table than he needs in return. It’s rare that anyone makes me feel as much as Poppy does.” 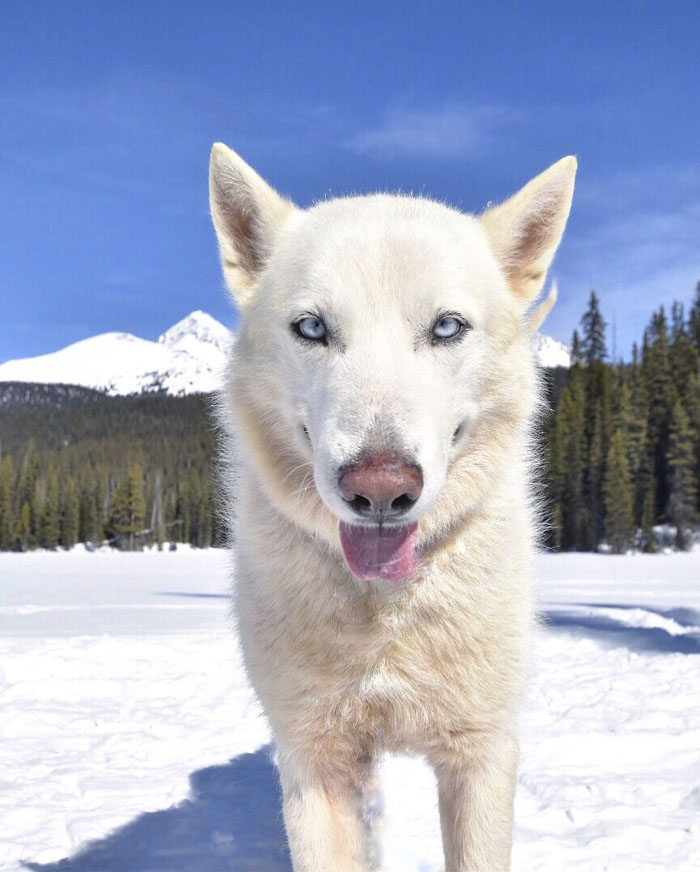 “This is Oso. He’s fresh off the plane from Mexico; some will empathize with the rude shock of coming to Canada in the winter. He appreciated my broken Spanish and learned a bit of East Coast English. He slowly took to the snow, but only packed down trails. We moved on from the snowy mayhem at Wedge Pond to a civilized snowshoe packed trail at Mud Lake. We met a few kind snowshoers who were very understanding of Oso’s inability to move off the trail into snow that wasn’t packed down. (Oso got pets on their way by and returned the love by leaning into them – he’s a friend maker). This was his first day in the snow, so a little acclimation time is called for. Before long he’ll be loving his winters and speaking Canadian, eh.” 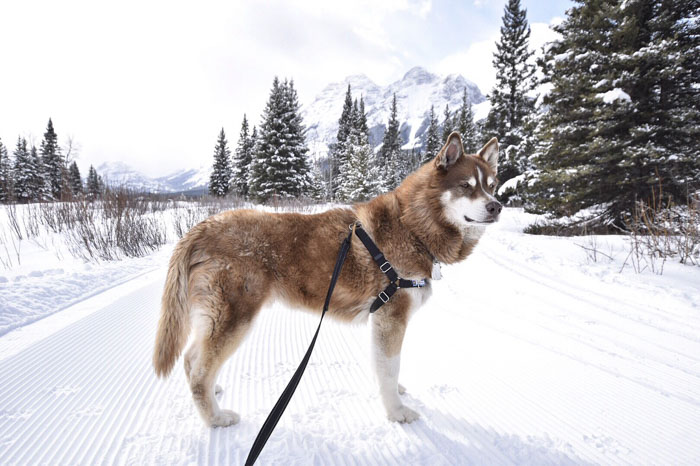 “This is Talus. He’s a slow moving gentle giant who loves the outdoors. We went for a cross country ski in Kananaskis yesterday with a harness. I thought I was going to get a free ride hooked up to this boy, but he’s so gentle! I did all my own skiing and Talus trotted along with me letting all the predators know not to eat his defenceless human chaperone. We uneventfully watched a couple moose frolic in the woods. He was extremely interested in snacks, but very polite. He waited patiently between bites of PB&J, scrambled eggs, and tomato, and delicately drank some water in the car. He barely fit in the back seat, but carefully maneuvered to a nap position on the way back to the shelter (like having a wolf in my car, it felt). ”