The owner of this silly dog named Pandora couldn’t stop laughing after seeing what his pooch dug up in their backyard and put it into her mouth. “I couldn’t see what it was, so I called her in. When I lifted her head, I almost died from laughing,” Lucas Alves Magalhães from Sao Paulo, Brazil, told The Dodo. They were dentures! 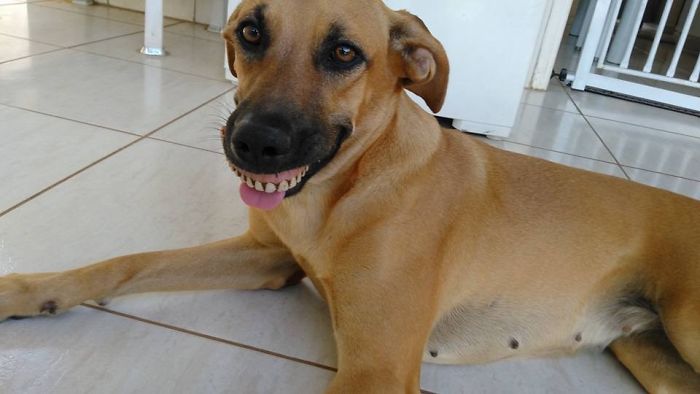 Pandora the rescue dog has always been known for her passion for digging stuff up, but her newest find was something else. “An elderly couple owned this house before me, and I think maybe the fake teeth were theirs,” he said. “They may have changed their dentures and buried this one in the backyard. There’s no other explanation because I know it’s not ours.” 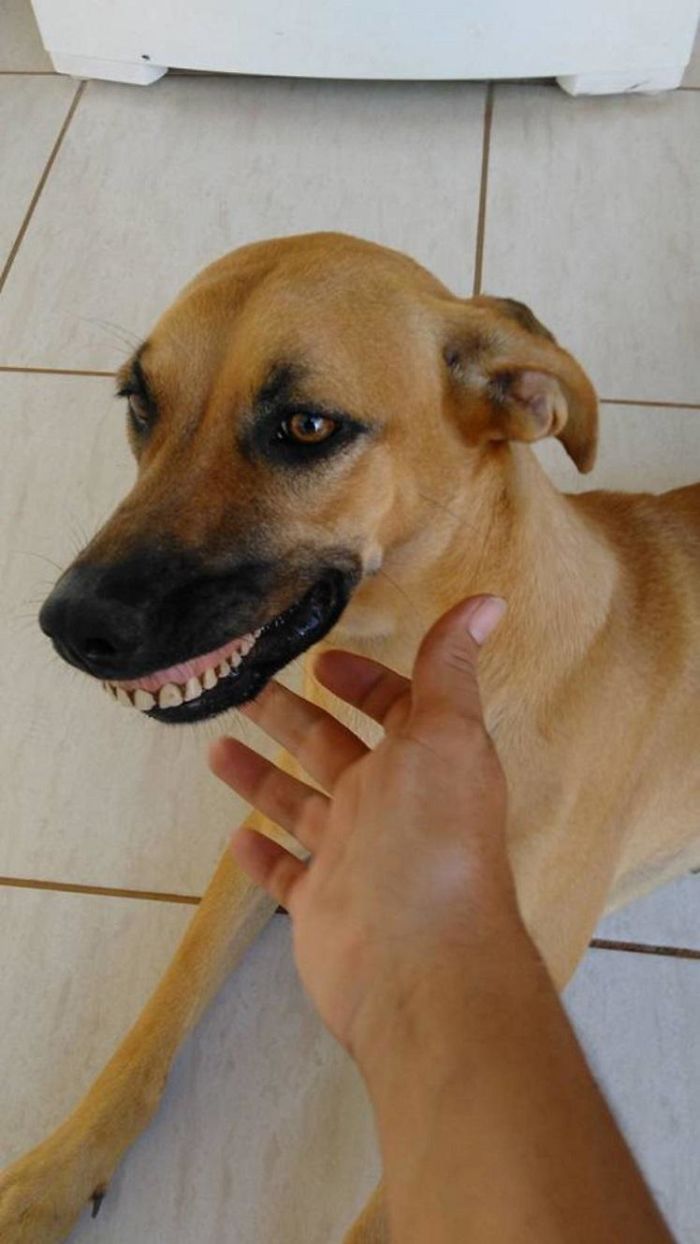 After snapping a few funny photos of the adorable dog with the grooviest smile in the world, Magalhães took the dentures out of Pandora’s mouth before she got accustomed to it.

How gross and hilarious at the same time… Thank you Pandora, your funny smile made our day! 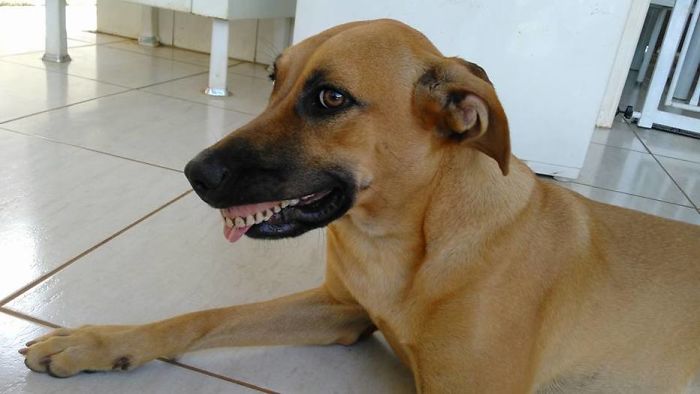